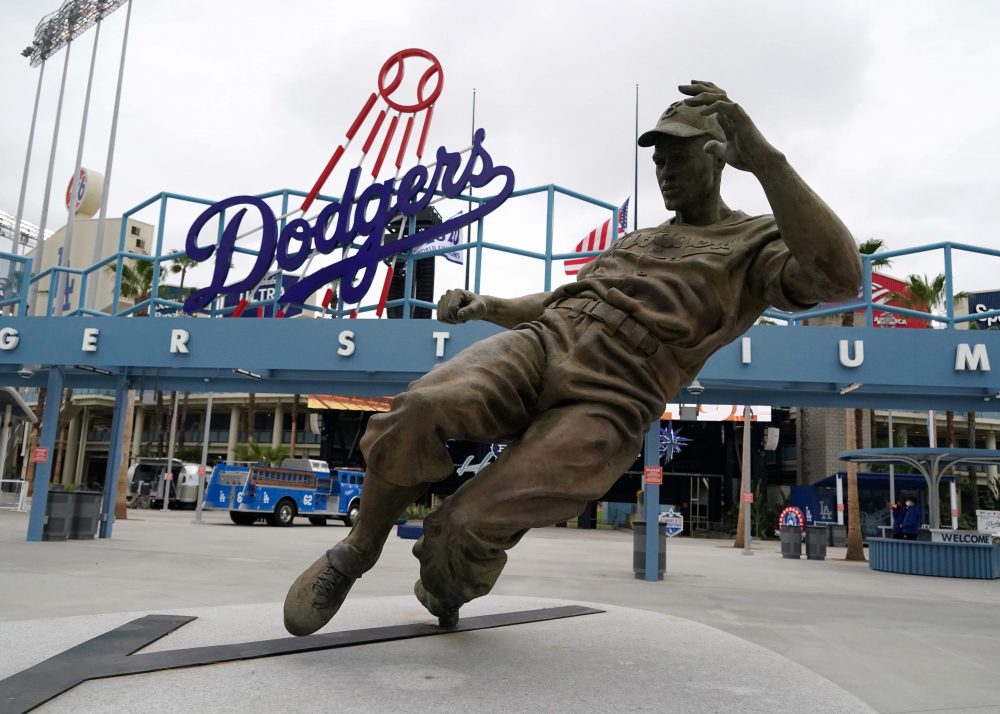 It’s the 75th anniversary of Jackie Robinson’s debut. Although, it hasn’t exactly been a celebration for those full 75 years, it’s been a long line of celebrations that largely look the same. That is by no means diminishing the significance of such a historic moment, but it is me saying it has become a blur.

As the MLB-imposed lockout inched closer and closer to April and Commissioner Rob Manfred started the performative act of canceling games, there started to be murmurs of “it will be a stain on the league if there is no Jackie Robinson Day this day!” outrage and I started to ask, “but would it?” I mean really. It was absurd how dramatic people were getting over it. It felt like it confirmed my thoughts that the day was more self-serving than anything. Look at what we did. Also, Jackie was a union guy.

Obviously I don’t personally know what Jackie thinks, but as I’ve said in the past I think he gave us clues by the way he lived. I imagine he is, wherever he is, rolling his eyes at how far away we’ve gotten from his mission, from his purpose. So I’d like to propose something different… what if we made Jackie Robinson Day, a day where we celebrate all of the firsts. Every single team had a first. Integration was not a high speed train, it was more like a glacier, slow-moving but impactful. There is a long list of players whose legacies hardly ever get touched. We are still celebrating the first woman on many teams with still much more to go. In the year of our Lord two thousand twenty-two. And when you look at it this way, doesn’t it feel a little counterproductive to always be looking to the past?

I know as well as anyone that baseball is a sport that is deeply rooted in nostalgia. We love the past. We love that shit. But we should start using the past to inform the present and create a better future, not spend the present patting ourselves on the back for the past. I’ve written ad nauseum about the shortcomings of the league on the issues of race and gender so I really won’t get into it right now, but we could really pay homage to Jackie Robinson by flipping the script.

Let’s have a day of service where teams get into their local communities and lend a hand wherever it might be needed. Instead of every team wearing 42, maybe every team wears the number of their first. Or, and this one might cause a bit more chaos, let the players choose which first they’d like to represent. Can you imagine José Abreu wearing a Minnie Miñoso White Sox jersey? Or how about Jackie Bradley, Jr. in a Pumpsie Green number 12? Honoring Jackie isn’t just about a man, it’s a movement. And in representing a movement one must remove “me” for the “we.” Each team wearing their “first” (or player’s choice), brings the idea of Jackie Robinson and ALL the firsts to the micro level. It makes it individual, it makes it local. It brings teams and fans together by connecting them to the story instead of making them merely observers. And isn’t that what we all want? To be active participants in a legacy.

To finally give those whose names are in the record books their just due is a signal to the future that we have new goals, and those goals go beyond generic pablum and cursory nods to history. Highlighting the specific individuals who broke their respective teams’ color lines is important because it is more specific while remaining symbolic. The true foundation of this suggestion, though, is the day of service which will bind the teams and their histories (for good and ill) to the local community in an act that will move both parties forward.  Because ultimately, the game must move forward and our feet cannot remain in the mud of some corn field in Iowa. Baseball is a game of the people, give it back to them.

You need to be logged in to comment. Login or Subscribe
Clair Mellinger
That's a really good idea.
Reply to Clair
Llarry
I like the idea of having each team wear the number of their first black player, though it might turn a bit embarrassing for those teams that were exceptionally late in integrating.

I'm also going to state, that in that spirit, the Pirates, on September 1, should send out a starting lineup where each player is wearing the same number worn by the player at the same position on 9/1/71.
Reply to Llarry
Shaun P.
This is a fabulous idea and, if I may propose an addition to it, if Hal Steinbrenner's representative really wants to "improve" his relationship with the players, he should roll up his sleeves and participate in the day of service, too. Along with all his subordinates, and his bosses. Now that would be a meaningful statement about coming together to do something positive.
Reply to Shaun