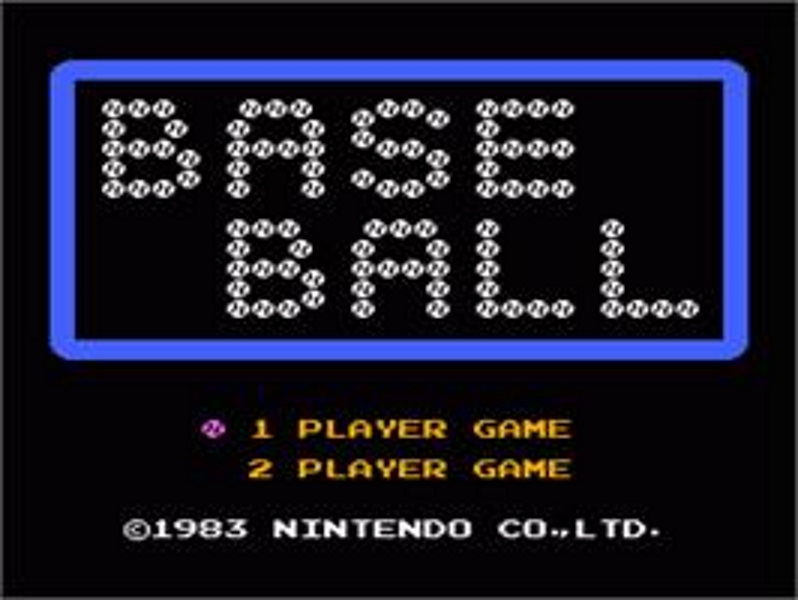 Why Baseball?: Well, first off, do you know how few games there are that have been released before I was born? I guess probably more than I expected, but way fewer baseball games, which made me feel old, and this game thankfully is two years my senior. And beyond my own vanity, Baseball’s age is kind of remarkable for all of us BPro historians. As I’ve argued elsewhere (I wrote a book on it, you can totally find it), video games reflect the conditions of their creation in their mechanics, themes, even their underlying assumptions. And Baseball is no different. If 1994’s Ken Griffey Jr. Presents Major League Baseball and its lumbering horde of Pete Incaviglii is a love letter to the ascendance of the long-ball, then Baseball is a love letter to the slap-hitting, base-stealing grinders we always hear about from people who came of age in, well, 1983. That’s right, we may as well call this Rod Carew Presents: Baseball (1983), and that’s wonderful.

How Does It Play?: It’s not easy, that’s for sure! What Baseball lacks in realism and, well, a strike-zone that includes up and down as opposed to just left and right, it makes up for in the true realism of what it would be like to hack at serious heat from a major league pitcher. I was more behind and ahead of pitches in this game than really any other baseball game I’ve played, and the amount of foul pops or singles juuuuust foul down the line will absolutely remind you of the last fourth inning you watched between Baltimore and Minnesota. Not only this, but every foul, every high-pop up badly fielded, and every strange run-down of a misjudged base thief is shown in its entirety. No quick results here—Baseball is pace of play poison and god bless it for it.

Beyond that, the defense is almost impossible to parse since the NES didn’t really have enough controller complexity to manage a whole infield and pitching alternates between “push a to pitch” and “push b to throw over to first.” But hitting? Well, you can move anywhere in the box and you can swing when the ball crosses the plate, so what can I say? It feels amazing. 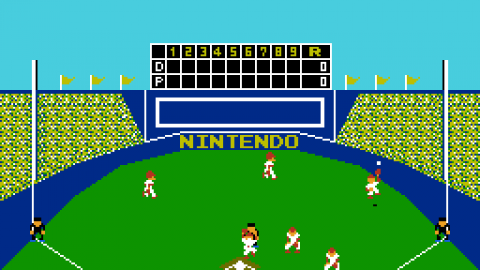 What This Game Does Better Than the Rest: Baseball is going to age poorly for a particular demographic, as the elements that are here are less complex than your average NewGrounds game, and even that reference is about five years past its sell-by date. The game is not fast, the sound-effects are kind of wacky and jarring, and the depth is kind of nil. Nintendo could only afford one letter per team name. But the mechanics here aren’t really the story so much as how the game conveys a different vision of the game from the games we have now. Baseball in 2022 is not really recognizable without home runs, big cuts, defensive gems, etc, etc. But Baseball is a much slower game, where a defensive gaffe might get you your one baserunner in a 1-0 win or where the most striking hit is a double down the line. You can almost hear Joe Morgan telling you to do a suicide squeeze, and in your heart of hearts, looking at that vision of the old game through Baseball, you can for the first time see his point. Don’t get me wrong, there’s not a politics to Baseball and this historical affect kind of falls away beyond the comparison between the baseball of today and the baseball of 38 years ago, but what a remarkable feeling regardless.

Don Draper said the carousel was a time machine, but really, playing Baseball for fifteen minutes transports you to a mindset and a time and a place with precision.

Its Industry Impact: According to Uncle Wikipedia, Baseball was a competitor to SEGA’s Champion Baseball, which was also released in 1983, a position it relished if its general home console domination is any indication. Baseball sold 2.35 million copies in Japan alone and over 3 million worldwide. It was one of the first seven games for the NES, and it was designed and spearheaded by a nobody named Shigeru Miyamoto (boy I wonder if that guy ever worked again!). SEGA’s baseball offering dominated the arcade space, and in many ways looks like the more serious and compelling offering, but I wouldn’t know that because, like most kids of the NES era, I just knew Baseball. It’s been released as part of the NES offerings on the Switch too, so maybe give it a shot to see if it holds up.

Fungo: Really, Miyamoto’s appearance and the historical reflection I talked about above are the real stories here, but I would be remiss if I didn’t speak to the strange, aggressive, clangy sound effects throughout the game. I feel like these pro teams may be using metal bats, and maybe the bases are made of the Mega Man jump boots. It’s not really fair to rag on the sound, as it is a product of its pre-Super Mario time, and honestly I come at this from a place of love: the game does what I consider to be the ultimate baseball move and has no non-diagetic music in the background while you play. All you hear is the sound of the…well, not exactly the bat, but something like it. Just like ol’ Abner wanted.

And hey, there’s a cool remix of the sounds too, which is pretty nifty!

Baseball’s Wins Above Replacement Game: I think this is an All-Star game, but its game is kind of too dated to be an MVP in the current era. I like to think of Baseball as the High Pockets Kelly of games—it’s in the Hall of Fame, but really because a bunch of Gen X and Elderly Millenials did our best Frankie Frisch impression to get it in on the veteran’s committee. So let’s give it Kelly’s average-ish WAR from his peak and say it’s a solid 3.5.

You need to be logged in to comment. Login or Subscribe
batts40
Growing up my parents owned the Dairy Queen next door and my dad and uncle opened an arcade/mini golf/trampoline area behind it. I'd go in after hours and play this game like crazy. One summer they organized a 64 person tournament of this game and I finished third even though I was the only player under 18...I think I was 8 or 9 or so at the time. Got my picture in the paper with the top 2 in my blue mesh Cubs jersey and my big bucked pre-braces teeth.

I don't have a point, it was just nice to remember. Thanks for writing this.
Reply to batts40
Russell A. Carleton
I'm still convinced that Team "A" is actually better than the other teams. This is mostly due to the fact that when I had a Nintendo, the Oakland A's were in the middle of the Bash Brother years of three WS appearances in a row, and we all figured that Nintendo was channeling them, not really realizing that the game was released in 1983. Since the 1982 A's went 68-94, I now realize that my entire childhood has been a lie.
Reply to Russell