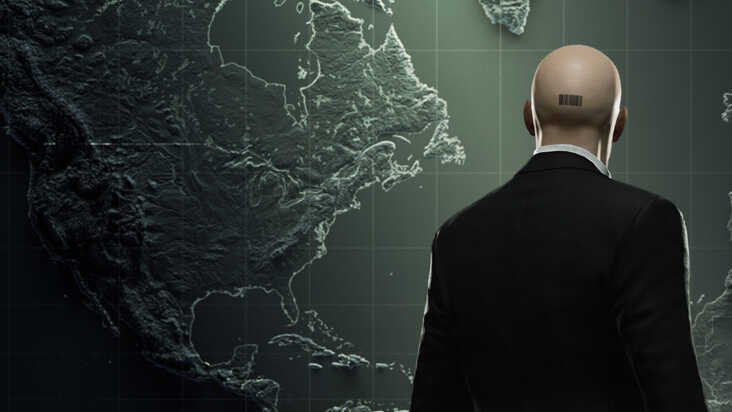 Why Hitman?: At first glance, the new Hitman trilogy seems like your usual stealth game: you’re given a gun and you have to be sneaky in accomplishing your goals. You’re placed in a situation where you have to pull off one or more assassinations, either to serve some greater purpose in a narrative that’s far above your head, or simply just to make a quick bit of cash. Either way, it’s definitely a macabre game where you’re dealing in blood money and doing so in cold and calculating terms. However, you get to use both a baseball and a wooden bat to accomplish your goals in this game, so here we are talking about it on Baseball Prospectus. The Hitman: World of Assassination trilogy is a “baseball” game, and what a game it is.

How Does It Play?: Despite the fact that this game places you in massive sandbox showpieces with hundreds of moving parts and people to deal with, Hitman is actually a very simple game. In most levels, all that’s asked of you is to locate and eliminate a target and then book it towards the nearest exit once you get the job done. The game allows you to plan out your approach with whatever weapons, tools, and other assassination-friendly items you desire before you’re dropped into whatever exotic location your latest victim is hanging out. Once you’re deposited in a picturesque location like a mansion in Paris or the top of a skyscraper in Dubai, you’re given control of Agent 47, who somehow manages to be stiff, slow, agile, and light-footed all at the same time. He’s also a massive bald man with a barcode on the back of his head, so he sticks out like a sore thumb in any environment he’s placed in, unless he’s wearing a disguise. Once you’re in control of Agent 47, everything else is up to you and whatever idea you can come up with to complete your job.

What This Game Does Better Than the Rest: Compared to the other baseball games that are going to be covered in this series, you’ll get more use out of smacking someone upside their head with a wayward breaking ball in this game than you will if you do it in, say, MLB: The Show. If a pitcher hits someone with a baseball in a normal baseball game, the person getting hit gets a free base. If you do it in Hitman, you knock them out and then you’re able to either take their outfit or just move past them while they’re in dreamland. Or it’s an explosive baseball, and you blow them up. No matter what, it’s a benefit instead of a detriment.

That’s just a tiny microcosm of everything that this game has going on within one level. The most overwhelming facet about this game is that it really does seem like the only limit is your imagination. It’s not so much about winning, but winning with style. You could just use a silenced weapon to finish off a corrupt oligarch who’s guilty of war profiteering but where’s the fun in that? Why make things simple and boring when you can go full Looney Tunes and drop a hay bale on top of the head of a particularly evil member of the one percent?

The creativity and open-endedness of the Hitman trilogy is what sets it apart from other stealth games. You can decide that your protagonist isn’t just an assassin, but a bloodthirsty Austin Adams who goes around beaning bad people into the afterlife for money. Unless you’re following the steps of certain stories that the game allows you to follow, no two people are going to play Hitman the same exact way. You’re given an incredible amount of freedom to do what you want – even if all you want is to just hit some people upside their head with a baseball.

Its Industry Impact: By the time Hitman 3 was released in 2021 and it was made possible (and expensive) to play all three games in the trilogy in one streamlined package, the trilogy was critically acclaimed. In an era of games where they have a huge story that the developers likely expect players to play through once or twice, IO Interactive has come up with a formula that is meant to be replayed numerous times while also rarely getting stale.

As video game installments are moving towards being less of an isolated experience and more of a continuous service, Hitman is a pioneer in that they’re able to find ways to add freshness and newness to a game that’s already meant to be played over and over again. It’s honestly a little terrifying to think about how they were able to make a game that seems incredibly short and shallow on the surface but is actually about as deep as the Mariana Trench. It’s pretty expensive to get all three games, but it’s shocking how much value for money you can get from this trilogy. A lot of other publishers could learn from IO Interactive in this department.

Fungo: One of my favorite YouTube videos is “Hitman 3 Developers React to 6 SECOND Speedrun (And More),” mostly because it’s equally fun and agonizing to hear the people who poured their heart and soul into creating this work of art over the course of years watch as that same work of art gets utterly demolished in about 20 seconds. It’s always fascinating to hear stories from developers whenever they’re talking about the video games they’ve made, but it’s even more interesting when those developers are forced to watch as a player decides to bend the game to their will instead of the developers’ will. It’s hard to impress a magician, but speedrunners are capable of some incredible feats.

Hitman’s Wins Above Replacement Game: The Hitman: World of Assassination trilogy goes to show you why you shouldn’t give up on a promising prospect if they have a ho-hum rookie season. Before the completion of this trilogy, the Hitman franchise as a whole had a perfectly fine reputation that even inspired a bad movie. After the trilogy, it’s become a monster on the gaming scene, to the point where Agent 47 is now an entrenched part of video game culture. So let’s compare the Hitman trilogy to Mike Schmidt’s first three seasons. Schmidt’s first full season saw him finish with 4.2 WARP. That same metric ballooned to 11.7 in 1974 before coming back “down” to 8.1 WARP. So yeah, 8.1 WARG sounds about right for where the Hitman trilogy has found itself at the end.