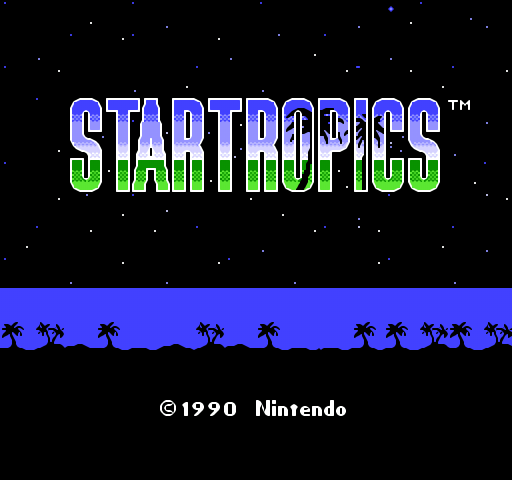 Why StarTropics?: In the five years that Nintendo produced games beginning with 1985, they always spat out cute little titles, then translated them for North American and European audiences. But in 1990 they realized the market’s thirst for games and set out for a title specifically for Westerners. That title was StarTropics, featuring a protagonist with the most basic English name possible: Mike Jones. Mike was a 14-year-old “ace pitcher” visiting his uncle on a remote tropical island, only to discover the man had gone missing while researching something mysterious.

How Does It Play?: There are no actual baseball games. It’s a top down platformer, similar to Legend of Zelda, though movement is a little more rigid and you can feel the tiles underfoot. There are eight worlds, made up of zero or more dungeons in which you have to navigate through monsters and traps, and sometimes a final boss. The last two chapters take place on a spaceship. The main weapon is a yo-yo, but there are some auxiliary weapons you can pick up which include bats, “wonder horsehides” (baseballs), and cleats. The baseballs in particular are handy weapons, one of the rare instances when video games allowed kids to live out their window-breaking fantasies of destructive pitching.

What This Game Does Better Than the Rest: One thing we enjoy much about baseball isn’t so much the mechanics of the game, but rather the fact that baseball exists and we have interests and strengths outside it. Mike throws a killer fastball, but he can also solve intricate puzzles involving making a whale sneeze, sinking an old British boat that’s in his way, or sticking bananas in his ears. Specialization is for fascists. 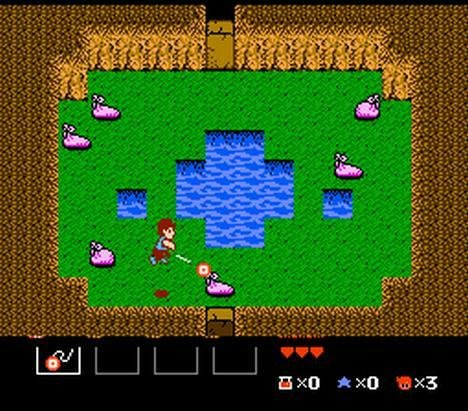 Its Industry Impact: This game was one of the few that Nintendo chose not to extend all that much, possibly because it was never released in Japan. They did produce a sequel, Zoda’s Revenge: StarTropics II, that involved Mike going back in time and finding Tetris blocks to save an alien race from extinction. But its release was poorly timed for success, as it came out in 1994, making it the final NES exclusive game (only one other NES game, Wario’s Woods, was released after it, but it also was available for the Super Nintendo.) Nobody has since touched the franchise, other than in Wii U and Switch ports to swap out the registered trademark “yo-yo” for “island star.”

Fungo: While this game can best be described as “The Legend of Zelda if the protagonist looked up to Mark Langston,” its wildest contribution in the box was a letter written from Mike’s uncle (the one who was missing) to his nephew, looking forward to his visit. There is fine print at the bottom of the letter: “This letter is very important to please hold onto it until the end of the game.” That’s because near the end of Chapter 4, you’re told that your uncle wanted you to “dip my letter in water.” At this point the game breaks the fourth wall. You need to go back to your original game box, find that letter (or rummage through your trash) and dampen the lower half of it to reveal more of the message, which includes the three-digit code needed to advance through the game. 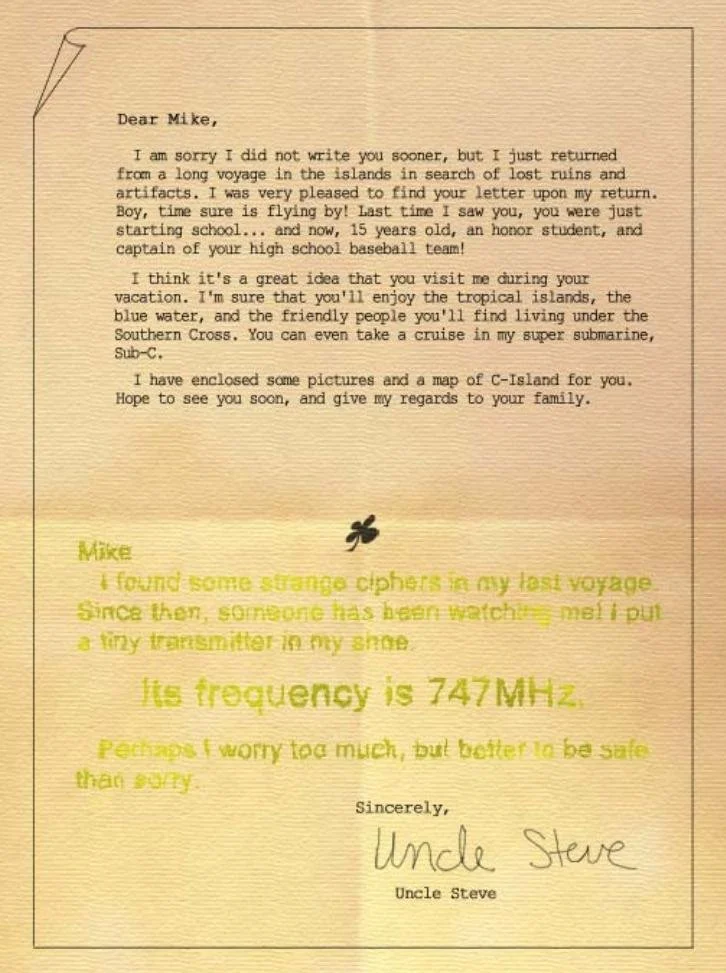 Just kidding! You probably rented the game, and in a pre-internet era, you were completely out of luck, unless you hit the telephone bank to ask friends of friends of friends if they owned a copy. (This is an editorial insert, and yes, the editor in question remains bitter.)

StarTropics Wins Above Replacement Game: 4.1. This is an absolutely delightful play with upbeat music. Its plot and gameplay are fun, albeit basic. You can start and finish this game in a weekend. It’s also living proof that pitchers can do more than pitch. They can solve island mysteries, rescue dolphins, and outrun large bowling balls. None of this happens if the universal designated hitter was implemented back in the ‘80s. 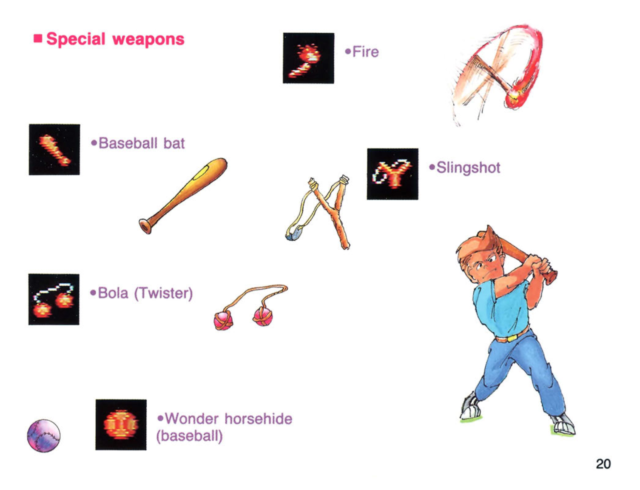 You need to be logged in to comment. Login or Subscribe
Shaun P.
It was such a fun game! I seem to recall that at some point after the game had been out for a while, someone (Nintendo Power?) published the number to alleviate the problem the disgruntled editor had when renting the game. Or maybe the rental store I rented it from put it on the box? I just know that I did not run into the same problem, but I don't think I played it until late 1991.
Reply to Shaun