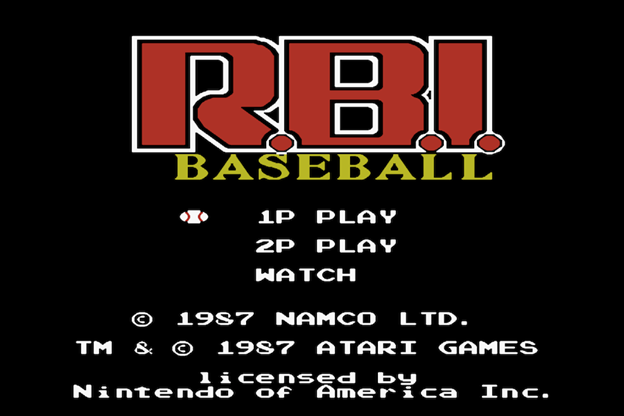 Why R.B.I. Baseball?: It was the first game with the precious MLBPA license. The actual players from the 1986 and 1987 division winners and the AL and NL All-Star teams were rendered as faithfully as humanly possible at the time. Light-hitting shortstops rarely hit home runs. Pitchers never do. (Never-DHers rejoice: there’s no designated hitter.) This was revolutionary.

Also, I play it every day. It is the only video game I play. It is the only video game I ever want to play. You used to be able to download it, and I did and played on an emulator. Now you have to know where to look in the internet archive to find the download link again. So now it’s sexily verboten, which adds to the appeal tenfold. Hell, you could play “improved” versions of the game off that link I never sent you featuring rosters from the 2010s.

How Does It Play?: To paraphrase something famously said of Brad Pitt, the original R.B.I. Baseball is a video game trapped in an arcade game’s body. The primitive bubble-bodied graphics and the occasional (estimated) 700-foot dingers belie the intricacies you need to learn to become a master. The camera view is strictly from behind home plate, making breaking pitches hard to spot until the split-second before or after you need to commit to swinging or continuing your statue impression. Even if you always make the right call, you’ll usually pop it up if you try to hit a home run with a power swing (down + A).

Bunting is actually a good idea sometimes! With less than two outs and a runner on third, the opposing players are so obsessed with the runner that a bunter could go to first and second base without harassment. The starting pitcher always tires beginning at 40 pitches, and he isn’t taken out until after the fourth inning. The defense moves in concert with each other, which is usually fine. You can’t jump. That’s also fine, because if you don’t touch the ball in the outfield the runner will keep moving, so you can wait until he rounds second base and fire it to third to nail his greedy ass. If you yourself hit a ball to the outfield, you can steal an extra base because the computer will just throw it at the base you happen to be closest to at the time, and not all of their throws are strong.

I hesitated to write all of this down. You’re supposed to amass thousands of hours of experience to unlock these secrets. It is your reward. 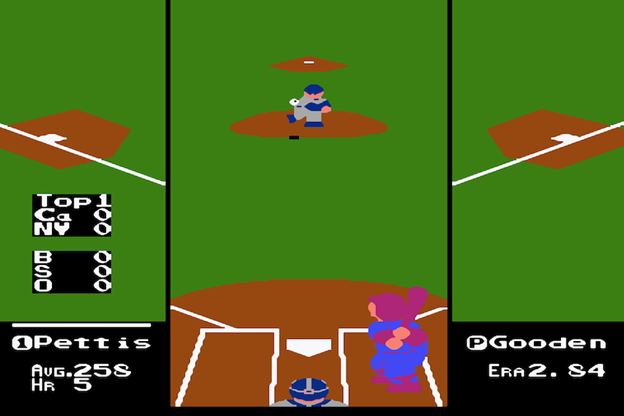 What This Game Does Better Than the Rest: It pairs incredibly well with podcasts, or a sporting event of minimal importance to you, or a television program you don’t have to focus on. With 10 teams of 16 players each, it does not overwhelm. There is a 64-point boost of power in a pinch hitter’s first at-bat and how is this not getting negotiated into the CBA right now?

The game gets easy but never absurdly so. I’ve tried and tried to throw 27-strikeout perfect games and the closest I came was 23. Once the game gets too easy and you always win, you get a legit scare. When the scares stop, you could then decide it’s a loss if you don’t win by forfeit (10 or more runs). Then you decide if you don’t win by forfeit in four innings or fewer, if you only see the first of their four pitchers, you have to start the “season” all over again. The seasons are nine games long, facing each team once, the All-Star teams last as the semifinal and final. You play as each team. Then the seasons are 27 games long, three-game series against each squad. I’ve yet to even go 9-0. I will, though. I will.

Its Industry Impact: Almost every single baseball video game for 10 years, until the rise of 3-D, would either look, or feel, like R.B.I. Baseball. You can’t overemphasize how much it set the mold. The only thing that got changed is how inflatable the players looked.

I’ve mentioned the fact that this was the first MLBPA approved video game. What if they hated it and never licensed a game again? It isn’t far-fetched: there are random mistakes in R.B.I. Baseball. Rich Gedman batted right-handed when in real life he hit lefty. The mirror opposite was the case with Danny Heep. Switch-hitters like Tim Raines only hit lefty or righty. Raines was beige in the game. Every player was beige. It’s easily the worst part of the game.

Fungo: Namco programmer and baseball fan Yoshihiro “Kissy” Kishimoto found himself with some time on his hands. His supervisor told him, “There won’t be work for you for some time. So you can do whatever pleases you.” Kishimoto and his colleagues spent most of their working hours playing Nintendo’s original baseball game and noting all of the ways they could make it all more interesting.

Kishimoto said in The Untold History of Japanese Game Developers Volume 2: “Like for instance, with Nintendo’s baseball game they didn’t mention the names of players, and they didn’t give any indication of the competence or ability of each of them. So we said it would make it more interesting to play if we made that information available. Another thing with Nintendo’s baseball game, you could not play on the defense. So we said it’s better if you could play on the defense as well.”

What’s (kind of) funny is that you can’t really differentiate anyone on defense from one another in the infield, so you can sub-out the scrawny shortstops of the game with a designated hitter without repercussions on the diamond (weird guilt is another story.) Some outfielders have cannon arms. They are arbitrary, so I always forget who they are until they make a throw.

Wins Above Replacement: 4.5. There’s nothing I can write that could justify such a high rating to you, because you are not me and this is subjective as hell. I know it helps alleviate my anxiety.

To put it another way, R.B.I. Baseball is a 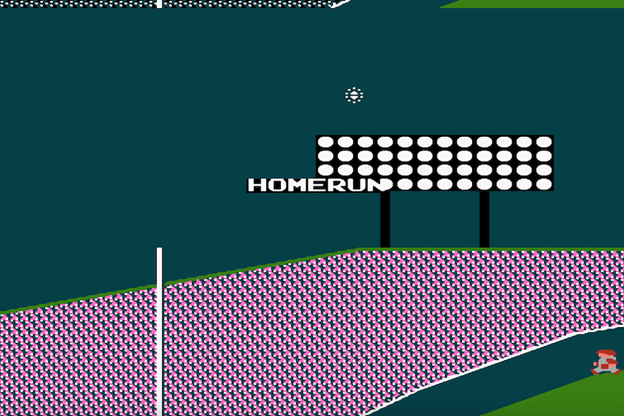 You need to be logged in to comment. Login or Subscribe
Scott Nottingham
Is someone going to review Bases Loaded? I got that in 1988 or 89 I think. I kept stats by hand?
Reply to Scott
Patrick Dubuque
Don't worry, Bases Loaded is on the schedule; no one's signed up for La Sorda or Weaver yet, but I'm sure we'll get to the latter at the very least.
Reply to Patrick
Adrock
I met Earl Weaver when I was volunteering at Fanfest for the 1991 All-Star game. He was a really nice guy, and I enjoyed playing the game there as well.

I still have my All-Star Game jersey, signed by Johnny Mize, Jeff Reardon, Steve Garvey, Larry Doby, and others...
Reply to Adrock
Shaun P.
I am personally hoping for a review of MLB Baseball, which looked, acted, and sounded like RBI baseball except they had players' numbers and stats, not names, mostly from 1987 but for some players 1986. A #16 NYN versus #21 BOS matchup was a hell of a game to play.
Reply to Shaun
pfann196
Since the owners have punted on real baseball for the time being, I'd love to see an article on tabletop baseball games, primarily APBA and Strat-O-Matic. There are tons of us who still love rolling the dice in a dynasty league of sorts.
Reply to pfann196
ccmonter
My favourite of the RBI-look-alikes was Baseball Simulator 1000.
https://en.wikipedia.org/wiki/Baseball_Simulator_1.000