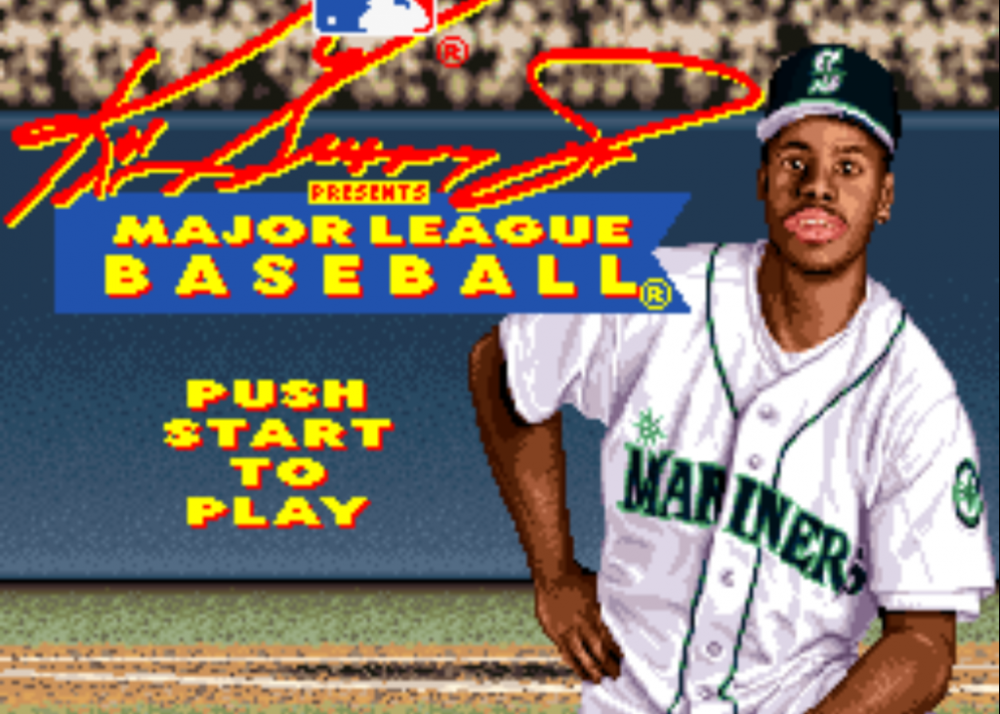 Why This Game? Ken Griffey Jr. transcended rooting interests for kids in the 1990s; if you liked baseball, you liked The Kid, whether you were a Mariners fan or not. Seeing his smiling visage on the cover of a game was plenty to get a kid to give it a chance.

It helped, too, that it was a pretty decent play on both platforms, although for wildly different reasons.

In 1994, Ken Griffey Jr. Presents Major League Baseball came out for Super Nintendo. It had one real player—the eponymous Junior—and 699 “fake” player names based on real stats from the 1993 season. Check out the Wikipedia on this and revel at some of the creativity on display. D. Neon. The Cheers cast. An entire Royals roster made out of former Presidents. For comedy alone—trying to figure out what in the world the inside joke was supposed to be—this game was an all-timer, but then you throw in some incredibly realistic (for the time) gameplay and the attention to detail that brought to life the Green Monster, the ivy at Wrigley and the waterfalls at Kauffman Stadium, this game looked like what a kid had always hoped to see in a baseball video game.

In 1997, Nintendo released the title on Gameboy. It was different—just a generic ballpark, for all clubs, but full rosters thanks to closing the deal with the Players Union for this iteration, and the ability to trade. Not just trade, but steal—if I recall correctly, any starting pitcher could be traded for any other, ditto reliever, batter in the lineup, and bench player. Did you want Mark McGwire on third because you had Fred McGriff at first? Already got Junior but want Kenny Lofton too? No trouble. 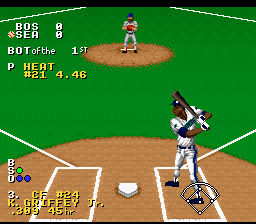 For its era, it was hard to beat, on both platforms. Put it against The Show, and it looks janky in its gameplay. Put it against OOTP and its ability to craft a world of baseball to disappear into and it winds up lacking. There were bugs that were hard to overlook, especially in the SNES version—game crashes, saved information disappearing, home run counts resetting—but for gameplay, it was user-friendly, simple and fun. Video games should actually be fun. You could also rob homers in the SNES version if you timed it just right; a neighbor did this one time and we suspected he was a warlock from then on.

What This Game Does Better Than the Rest: On SNES, it was beautiful. You really had to be there in 1994—we were all playing on boxy televisions that weighed 405 pounds, usually confined to basements or playrooms because the cords sprawled all over the place. You’ve seen photos. Things were clunky. Things were awkward. It was an odd cultural time, between the ostentatiousness of the 80s and the legion of sleeker products the turn of the century would bring. We, as a culture, were having a hard time with making beautiful things.

But if you were fortunate, you could turn this game on and be greeted by sights that just made one giddy. I knew kids who just turned the game on—not to play it, but because it was an aesthetically pleasing experience before any of us knew what those things even meant.

For Gameboy, it was the first truly superior sports game experience. There were good games—the Madden series had been on Gameboy for a few years by then and Tecmo Bowl will always have a warm spot in the hearts of any who played it—but those games were limited in scope. Griffey explored the space that had heretofore felt impossible in a handheld game, especially one that offered four colors, all of them pea green.

Its Industry Impact: Moderate? Pre-Griffey baseball video games were just games—fine, certainly worthwhile for baseball fans, not anything special and certainly not anything memorable. There was no Tecmo Super Bowl for baseball, somehow. This game brought more imagination into sports video games; the developers weren’t content to just present baseball, but to the best of their ability present Major League Baseball, even without (mostly) MLB players.

The SNES offering earned a 6.6 from Electronic Gaming Monthly in 1994; in 2018, the game was 91st in Complex’s Best Super Nintendo Games of All Time list. Time hasn’t been kind to many things from that era, and I think it stands out that Griffey has been more fondly remembered as time goes on than perhaps it was by critics of the day.

Fungo: For SNES, the rosters were a nugget that would have been tracked down relatively easily in 2022. In 1994? My God. Do you sweet summer children even recall life before everyone carried the internet around in their pockets? We were pretty clueless in the good old days, and that’s how we liked it.

Also, Jim Belushi (dubbed from the 1985 film The Man With One Red Shoe) shouting, “Oh, come on!” after a called strike three. That’s in there. Video games in 1994 got to take some chances.

For Gameboy you could, relatively routinely, bunt for doubles. I recall Joey Cora’s character being particularly adept at this.

Wins Above Replacement: 5.5 (SNES), 1.5 (Gameboy) The console version—ahead of its time in so many ways, but limited by the time it was in—was 1993 Tony Phillips. The numbers are always good and yet somehow, in his day he was usually overlooked. Now, he’d be in the conversation for All-Star. The SNES Griffey game was criticized at the time—justifiably, in some cases—but doing so missed the point of how insanely cool this game was for 1994.

The Gameboy version was limited by its platform—how good can a game really be without stadiums we recognize and with gameplay that was so simple? And yet, it was addictive. You could go back to it, day after day, and have it be as omnipresent as baseball itself during the summer, right there in your pocket. Call it 1996 John Franco—could get you some saves, could eat a few innings out of the bullpen and in the right moment, could reach back for a little extra to make you say cool. 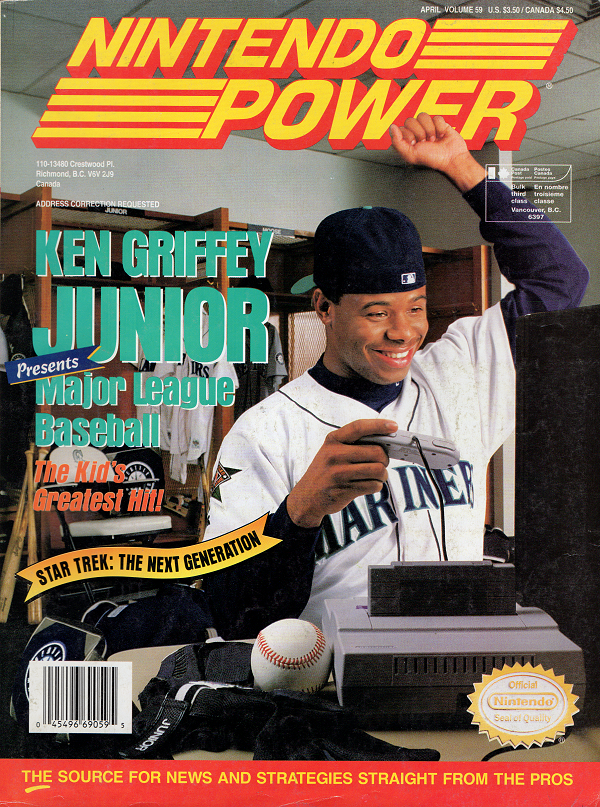 You need to be logged in to comment. Login or Subscribe
Stephen Houk
I was never a Nintendo guy, but, Tony LaRussa Baseball (1994) for the Sega Genesis was amazing. Full rosters, great graphics for the time.. simply incredible at the time!
Reply to Stephen