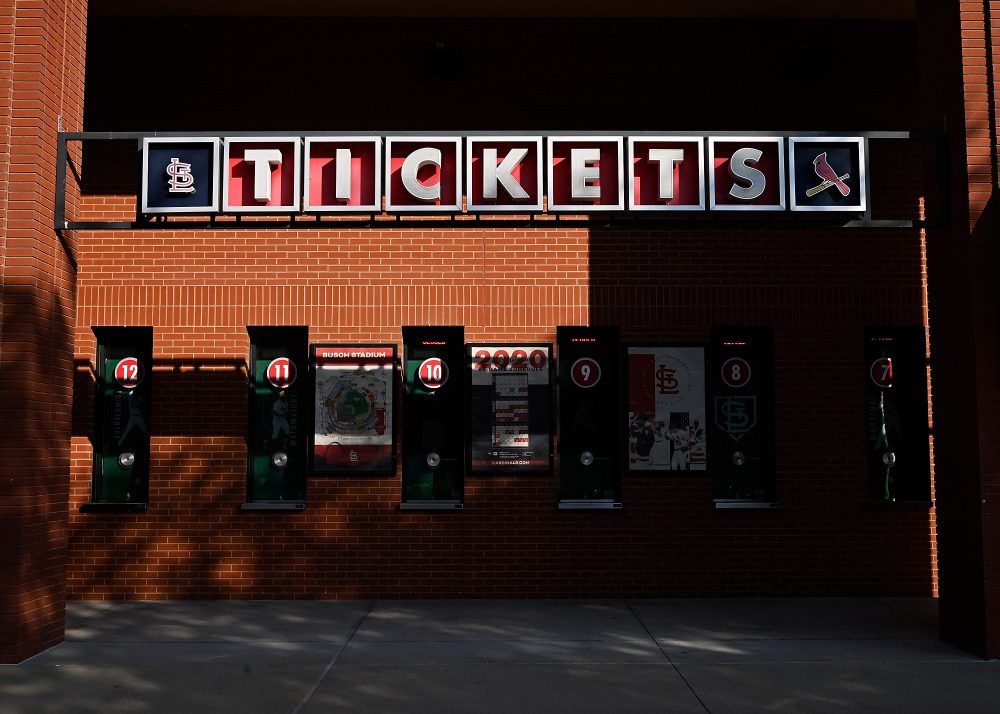 I thought we’d put this one to rest.

Four years ago, I wrote this article about the price of attending baseball games. I concluded it thusly:

To be clear, I didn’t say anything that hasn’t been said for years and years about this topic. Yet somehow, the lesson hasn’t sunk in.

I noticed the latest iteration a few weeks ago. It went like this:

This is a faulty syllogism. And remember, everyone who confuses correlation with causation winds up dead. But it’s also demonstrably wrong. Let me dust off the argument. Again. In hopes of putting it to rest. Again.

Here are the teams with the largest payroll decreases from 2019 to 2021.

We’re not talking small decreases here. These teams slashed payroll. If payroll drives what teams charge, we should expect the cost of attending each of these teams’ games to have declined.

They didn’t. The average ticket price (as calculated by Team Marketing Report) fell from $37.77 to $35.22 in Seattle and by 43 cents in Baltimore. That’s it. The other teams all raised prices despite player payroll plunging by about half or more.

And it’s the same in MLB writ large. Payrolls are not rising. They fell by four percent in 2021, per Maury Brown at Forbes, to their lowest level since 2015. You want to know how many teams charged less for a ticket in 2021 than in 2015? Yeah, you got it.

I can imagine two objections to this calculation. The first is, “Well, yeah, teams had to charge more in 2021 because they had to make up for losses in 2020.” Um, that’s not how it works. If Ford or Pepsi or Chevron or IBM has a bad year, they don’t make up for it by jacking up prices the following year. Were they to do that, they’d lose market share. If you have a bad year in business, you take your lumps and try to learn from it. You don’t get to recoup it.

The second, more sophisticated reply would be, “Maybe they realized their 2019 prices were too low, and adjusted accordingly.” Again per Forbes, Cleveland made $43 million (earnings before interest, taxes, depreciation, and amortization) in 2019. Baltimore made $57 million, Seattle $31 million, and Texas $61 million. Only the Marlins lost money, barely, a total of $6 million. Their combined operating margin (earnings divided by revenues) was a healthy 13% (16% excluding Miami). That compares to 14% for MLB as a whole. Everybody but Miami had a great 2019.

So it’s clear that the high cost of attending baseball games is unrelated to what the Nationals pay Juan Soto. Why is that?

Here’s where I have to delve into some basic economics. For some products, like gasoline, pricing is driven by raw material costs. That’s in part because those markets are highly competitive. If my local Mobil is charging too much, I can go to Sunoco or Hess or Citgo. How many times have you driven past two gas stations, across the road from one another, and pulled into the one charging a penny less per gallon? If their costs rise, they have to raise prices to stay profitable, but they can’t raise them much more than their competitors. Free market competition puts a cap on prices. Same with groceries, or electronics, or running shoes. I may have a reason to choose a certain retailer, like brand loyalty, but by and large, people can choose where they make their purchase.

You can’t do that with the Mariners or the Rangers. You want to go to a major-league game, you have one choice. The industry even has an antitrust exemption! Now, granted, all MLB teams face competition from other forms of entertainment, like movies and concerts and going out for dinner and staying at home and watching the game on TV (unless you have mlb.tv, in which case you’re blacked out). But for live baseball, there’s only one choice. (Yes, I know, New York and Los Angeles and Chicago, but the two teams are almost never both at home at the same time.)

That doesn’t mean teams can charge as much as they want; there will be few takers at $1,000 per ticket. But they can charge the amount that will maximize their profits. That’s why they’ve instituted dynamic pricing. If I want a Seat 6 in Row C, Section 333 at Angel Stadium for the August 31 game against the Yankees, it’ll cost me $160. That exact same ticket, two weeks earlier against the Mariners is less than half as much, $78. Teams don’t use analytics just for the game on the field. Market analysis helps them price their tickets at a level where they’ll make the most money. They seek the price that’ll yield the highest profits given market demand. Player salaries don’t enter into that calculation.

And there’s another reason they won’t cut ticket prices: Resellers. If, come August, I really want to go to that Yankees game, that seat in Section 333 may no longer be available. So I’ll go onto StubHub or SeatGeek or some other site. Odds are, the price will be greater than $160. Say it’s $200. That extra $40 is money lost to the Angels. There’s sufficient demand for that ticket to go for $200, so by pricing it at $160, the Angels are leaving $40 on the table. Were they to cut the price of that ticket to, say, $50, their foregone revenues rise to $150. Not only that, it’ll create more incentive for ticketholders to resell their tickets. Granted, not everybody will, but for those who decide they’d rather pocket $150 on a $50 investment and avoid Anaheim traffic, they’re taking profit away from the Angels and not making going to the ballgame any more affordable. A $50 face value ticket selling for $200 is no different from a $160 face value ticket selling for $200. If I want to go to the game, I still have to shell out $200. I don’t benefit, and neither do the Angels. Only the original ticket buyer—perhaps a large ticket broker, with software to rapidly buy up blocks of seats months in advance—does, along with the reseller. For both teams and their fans, it’s a lose-lose.

You need to be logged in to comment. Login or Subscribe
mark warmuth
As someone who lives in Cleveland and is a fan of the Guardians, I hear this idiotic stuff from the owners as a reason they can't spend money on players. Fans don't come, so we can't keep Francisco Lindor. Maybe fans don't come because tickets cost too much?
Reply to mark
Rob Mains
Yeah, Mark, it's a total smokescreen. But as Rob Arthur and I have both written, some teams can maximize profits by extracting more money from fewer fans (and consequently paying less for ushers, concessionaires, etc.). And given that most revenues come from non-ballpark sources, ownership's just feeding fans a line.
Reply to Rob
Don Jr
Rob, thanks for reminding us of the fatal consequence of confusing correlation and causation. I agree with all you have said. I continue to struggle with the comparison of an MLB franchise (or MLB in total) with other businesses. However, my follow-up questions are, "What portion of a team's total revenue comes from ticket prices?" and "Hasn't that ratio of ticket revenue to total revenue changed a lot in the last 20, 50, 100 years?" Maybe average ticket prices are inelastic because any added volume from more butts-in-seats is not material.
Reply to Don
Rob Mains
Don Jr, great point. Per the Forbes article to which I linked below, gate receipts account for only about 30% of MLB revenues. National and local media are just over half. And yeah, that proportion has grown over time. https://www.forbes.com/sites/mikeozanian/2020/04/09/despite-lockdown-mlb-teams-gain-value-in-2020/?sh=2b6127f82010
Reply to Rob
Tim Angell
Excellent column!
Reply to Tim
Rob Mains
Thank Tim!
Reply to Rob
Daniel R. Epstein
This is great work and a necessary reminder. In fact, ticket prices don't even tell the whole story. For example, even though the Orioles' average ticket price decreased a little, the total cost for fans increased substantially. As per Bill Shea of The Athletic on 9/16/21, "Baltimore Orioles fans are hardest hit by price increases this season (up 29.4 percent over 2020), which is especially cringe-inducing because the team sits in last place at 46-99 entering Thursday. And that’s despite Baltimore’s average ticket price falling by 48 cents to $29.52."
Reply to Daniel
Rob Mains
Yeah, the folks at Team Marketing Report do great work. The reason I didn't use their total cost index is that it includes the cost of food and drinks and those revenues don't always flow directly to the team; they may engage a contractor. But that figure for the O's caught my eye.
Reply to Rob
marcc856
Good piece, thanks's for breaking it down. The line about everyone who confuses correlation with causation winds up dead had me cracking up.

Do you think MLB teams should do anything to avoid selling large single game ticket blocks to brokers?
Reply to marcc856
Rob Mains
Thanks, marcc856. I read something a while ago about how sports teams, concert venues, and theaters have tried to thwart bulk buyers. I am not an expert in this area but my sense is that the bad guys are still a step ahead. And full disclosure, I read that correlation/causation line somewhere a while ago, it's not an original thought. (It cracks me up too.)
Reply to Rob