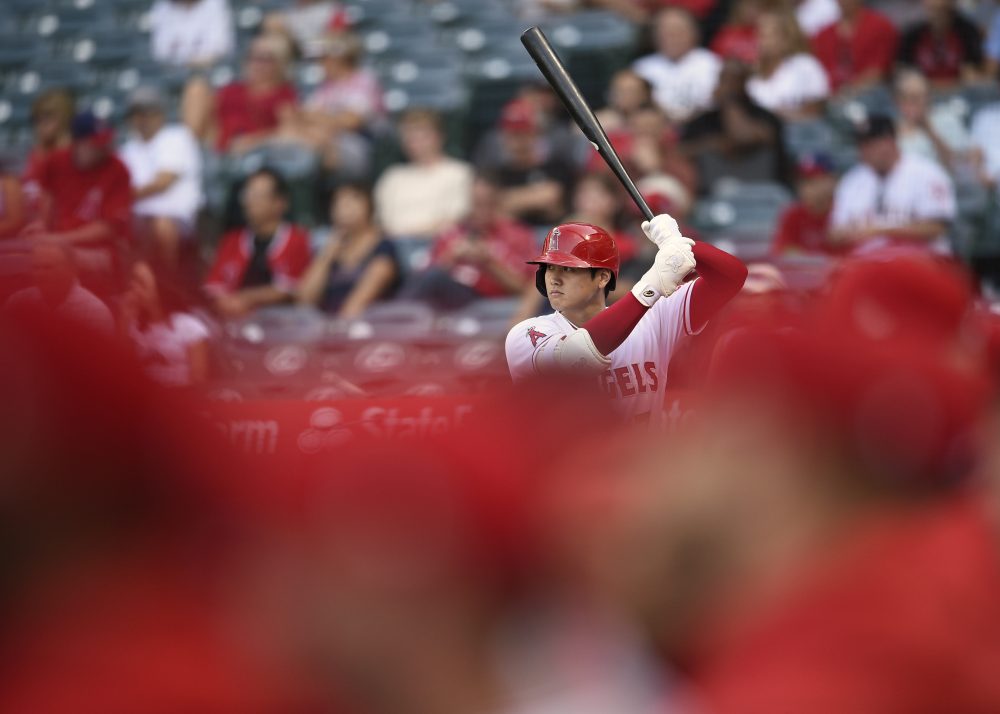 This article was originally published on July 19.

Have you achieved a dream before? Not checked off a task, or removed a thorn, but concluded a long-term, identity-shaping goal. It’s not necessarily a going concern for the average mind these days; when we’re not just surviving, we’ve been hyperfocused on getting and spending longer than people have cared to write poetry about it. But the base human urge is to want. This isn’t some ephemera, it’s just how it is—whoever you are, you want. And what you want probably drives you. Shohei Ohtani wanted to be a two-way player. His 2021 season is more than storybook—it’s a dream come true.

This week is devoted to quantifying the gift Ohtani has given to baseball fans as much as our various writers are able—and if you subscribe to Baseball Prospectus, you’ll know quantification is kind of our thing. There’s fathoms to quantify, increasingly incredulously as your mind puts the pieces together. Navigate to our hitting leaderboard and Ohtani is fifth by both WARP and DRC+; if you go to the pitching leaderboard, you’re forced to hit “load more” once to find Ohtani the pitcher (score one for people saying he should hit full-time, I guess). There, his 1.7 pitching WARP places him 32nd; his 71 DRA- ranks him 27th among all pitchers (minimum 10 innings pitched) and 13th among starters (min. 50 IP). Ohtani hasn’t rated on the catcher defense leaderboard yet, but then again, it’s basic fantasy writing that you save something mind-blowing for the sequel.

People have often said about Ohtani’s teammate, Mike Trout, that his statistics don’t do justice to his expansive talent. The same has been said about Ohtani at various points this year, and in both cases the sentiment—watch!—might outweigh the reality. The DH/pitcher/outfielder has a league-leading 34 home runs after another in Sunday’s loss to Seattle (unsurprisingly, in games where Ohtani goes yard the Angels are a characteristically middling 15–16), 10 more than PECOTA projected at the 99th percentile outcome. So if you’re wondering the odds of him surpassing 60 home runs, we’ll have to look at something other than projection.

With 34 home runs in 358 plate appearances, the 27-year-old has a home run rate of 9.5 percent. He’s appeared in all but two Angels contests, though his pitching feats have limited him to just under four plate appearances per game. Still, if he appears at the same rate through the team’s next 70 games, Ohtani will garner 272 more plate appearances. At his current rate, that’d pace the legend-in-making for 25.9 more home runs, and since baseball doesn’t play in fractions, that’d leave him with 59 home runs. If you’re keeping track, Giancarlo Stanton signed his $325 million contract three years before he clubbed 59 long balls. His career high through 2014 was 37, a total Ohtani might best during his eponymous week.

It remains unlikely that Ohtani will get so near to the diamond jubilee dinger mark, if only because pace is not probability. But nothing he’s doing this season is improbable, except that he’s doing it all. His 40.5 percent home run per fly ball rate is 10th in the league (minimum 100 plate appearances), and even if you increase the PA threshold to near qualified (300 PA) he’s third in the league and second on his own team (behind Fernando Tatis Jr. and Jared Walsh). Only five players in the history of Statcast have batted a ball at least 119 miles per hour, as Ohtani did on an April double. He also, unrelatedly, has a 92nd percentile sprint speed and his 12 stolen bases rank him 18th in the majors.

The superlatives proliferate. I can point out that Ohtani’s .411 isolated slugging percentage would rank tenth all time, edging Mark McGwire’s fourth entry off a list that presently features only he, Barry Bonds, and Babe Ruth. His 15th all-time showing in at-bats per home run would get him on a list cracked only by the aforementioned trio, Josh Gibson, Sammy Sosa, and Jim Thome. And he’s been a consistent presence on the mound for the first time in his four years stateside, silencing dissenters and doubters and forcing those who trade in pessimism into metronomic expressions of certainty, depending on the time—“he should still choose [pitching or hitting”*, *select for by the month’s performance]. They’ll always be able to say it, too, as long as he’s too successful to settle the matter. And yet, they miss the point: He could choose to be a full-time pinch runner and still find ways to captivate us.

This article has barely touched on Ohtani’s pitching prowess, because his offensive contributions have been so cataclysmic. Recall, though, that while he’s nearly three years removed from Tommy John surgery, his abortive outings on the mound last year should essentially be regarded as a setback, and this season he has demonstrated bouts of wildness characteristic of a recent TJ returnee. Never has he exceeded 4.0 walks per nine innings in a season in which he posted at least 100 innings, and this year he’s at 4.7. Another nod to his ongoing recovery is his continuous governing of velocity on the mound; in each month the righty has seen his maximum velocity diminish, in contrast to a pitcher’s typical progression through a season. Speaking through his interpreter Ippei Mizuhara after the All-Star Game, in which he surpassed 100 mph with a fastball for the first time in three months, Ohtani said he chose to “let it rip” knowing he’d only pitch for one inning. That’s right, he’s punching out 30.7 percent of batters without going all out. And he’s getting smarter.

The fear was always that this year would be Ohtani’s last chance, that it would be our last chance to see him do what he so obviously could and wanted to. This season is the culmination of a literal lifetime of work on his part, and all that’s been asked of us as fans is the only thing ever asked of us—to believe. No one believes without dying, it’s been said. But that’s because you have to give yourself up to belief to find ecstasy in fulfillment.

Shohei Ohtani didn’t have a nebulous desire; rather, a specific one that seemed impossible. Players just didn’t pitch and hit, in the same way you couldn’t ask the airline to buy a ticket in the cockpit. In order to survive as a dual-wielder he had to pit MLB and NPB against one another, endure waves of critique, and ultimately succeed at both tasks faster than any other player would be expected to at either (another recommendation here for Ben Lindbergh’s excellent and previously linked piece at The Ringer). The unfathomable season in which we are inured is the result of a dream, chosen and fought for. We’re all the richer for it—something to remember the next time you have a dream, especially an impossible one. Enjoy Shohei Week, friends.