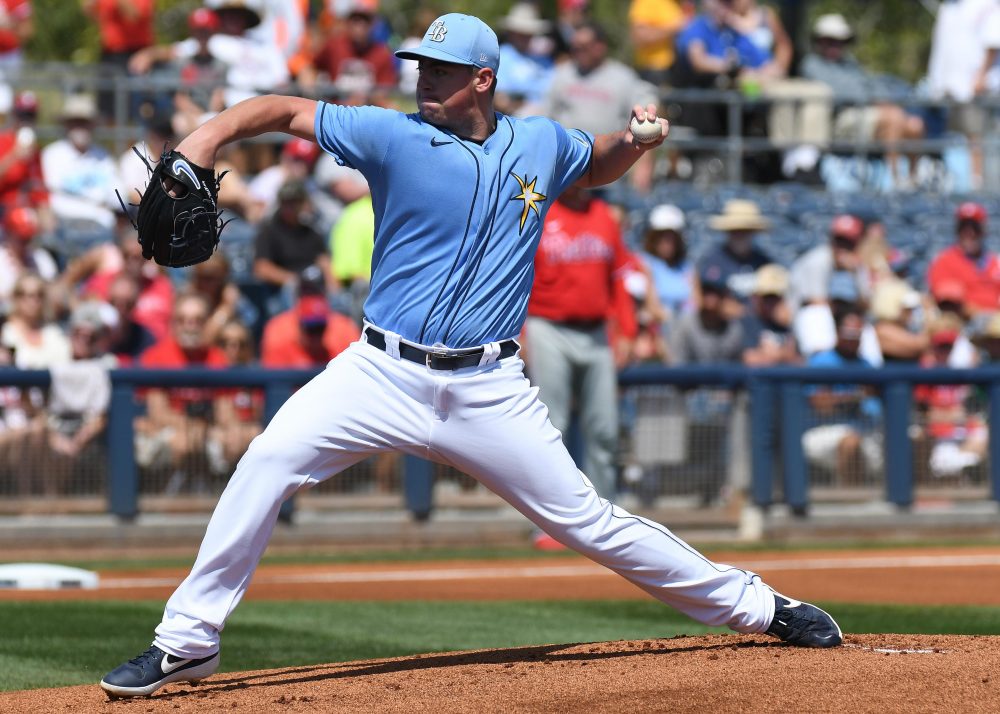 This article was originally published on July 20.

The great Ted Williams once told The New York Times that, “hitting a baseball is the hardest thing to do in sports.” While the game has evolved over a century from the time of MLB’s greatest two-way talent of all-time in Babe Ruth (with apologies to Old Hoss Radbourn), to the present revelation of Shohei Ohtani, that trope still remains largely accurate.

In fact, it’s the reason why you don’t see more two-way players, making the ludicrous success of Ohtani this season that much more ridiculous. Each year the amateur draft features a handful of players listed with multiple announced positions. The aura around the potential of another future Ohtani is obviously a captivating thought, however, the reasoning is much less exciting than where the superficial mind is led to believe.

Almost equally as hard? Scouting whether a player can hit or not. For pitching, your sample size is much easier to evaluate over the course of an outing, with each pitch a piece of data to forecast upon. With hitting, however, you may only see one good swing a game from a particular player, or he may walk or strikeout four times. Another complication: the science of evaluating hitting is nowhere near the pitching side. Sure, batted ball data is evidence to some bandwidth of performance, but it’s hardly predictive.

Scouts aren’t looking for the next Ohtani; he simply doesn’t exist in a practical form. High school prospects, and to a lesser degree college players, are often the best athletes on their team, playing a premium position and batting at the top of the order because that is what their team needs to win. It’s no surprise that virtually every rostered position player in the big leagues pitched some amount while in high school, and there’s a reason they aren’t pitching now.

For those that get that two-way designation, it has more to do with an incomplete evaluation than any hyperbolic tool grade. Take for instance Spencer Schwellenbach, drafted by Atlanta last week. A three-year starter at shortstop for Nebraska who slashed .282/.403/.459 with plus defense, he began pitching for the first time in college just this past spring as their closer after having not pitched since high school. Over the course of 18 appearances and 32 innings he showed the kind of athletic delivery, upper-90s fastball, wipeout slider, and feel for a changeup that enticed the Braves to take him in the second round as a starting pitcher.

While some teams saw his value as a position player, others believed the flashes on the mound were too much to ignore as an untapped well of talent waiting for dedicated development. The same can be said for other recent draftees Bubba Chandler and Carson Williams of the Pirates and Rays, respectively. In Chandler’s case, he had always been a well-regarded pitcher and only this past year as a power-hitting switch-hitter did he gain traction as a potential shortstop. He was announced as a pitcher when drafted in the 3rd round as a likely overslot selection.

Conversely, Williams had been telling teams all spring to draft him as a position player with no interest whatsoever in pitching. The southern California native was preferred by many on the mound, with easy velocity up to 95 and a fluid delivery — the kid just wants to hit. Interestingly enough, the team to select Williams is one of the last organizations still tinkering with the feasibility of two-way players.

Drafted fourth overall in 2017, Brendan McKay was an absolute monster at the University of Louisville as both a slugging first baseman and staff ace. He hit .341/.457/.659 as a junior while carrying the mantle of Friday night starter for 109 innings with a WHIP hovering near one and 146 punch-outs. Unlike so many where the question is, “can he hit?”, for McKay it was an open-ended question of at which position he would be more likely to excel. In the long-run that’s all teams really want anyways.

They decided to let the play on the field dictate the answer. Since then, he has seen modest success to the tune of a .679 OPS in the minors over 584 plate appearances and is now rehabbing from a torn labrum in his shoulder. Many were early to write-off Ohtani after mixed results and Tommy John surgery, and yet McKay is still younger by two full years. A major surgery to the shoulder can be far more restrictive than anything done to the elbow these days, but the jury is still out.

There are only a few examples left of players still actively attempting to play the field and pitch. Another Rays two-way guy is Tanner Dodson, who is coming out of the bullpen at High-A Bowling Green. He’s started eight games at designated hitter, collecting only one hit in his first 30 plate appearances so far this season.

The last real longshot appeared to be the Cardinals’ Masyn Winn, selected last year in the second round. Listed at just 5-foot-11, the recurring question of a future hit tool presence was paired with top-of-the-scale arm strength that saw him reaching into the mid 90’s. Beginning this year as the starting shortstop for Low-A Palm Beach, he was throwing side session bullpens with the intent of eventually getting into games as an opener or short relief roles. However, now that he’s hitting around .270, getting on-base at a decent clip, and stealing bags, it appears the two-way plan has been abandoned.

This two-way stuff is really hard, and Ohtani makes it look so easy. After speaking with those on both the scouting and player development sides of the baseball operations aisle, there seems to be an agreement we aren’t likely to see anything similar from another player—other than novelty fauxppearances like Michael Lorezen circa 2018. It’s so difficult to do one thing insanely good enough to make it to the majors, and unrealistic to attempt excelling at two things bombastically enough to stick in the majors.

What would it take? Draft prospects like the aforementioned Schwellenbach, Chandler, and Williams aren’t great examples. In their cases, they have a fall-back option in case one thing doesn’t work out. The next two-way player almost certainly won’t be a shortstop, or anyone of everyday positional value. It will likely have to be a first baseman, maybe someone hidden in left field, or ideally a designated hitter. The amount of time and nurturing it takes to repeat a starter’s workload every fifth day, let alone build up to it, is eaten alive by having to stay locked-in as a hitter for the daily grind.

Ohtani is playing the part to perfection; a needle in a haystack flying around inside the perfect storm. Who would have thought you would need to possess a perfect baseball physique and some of the most unreal talent the sport has ever seen to make it work?