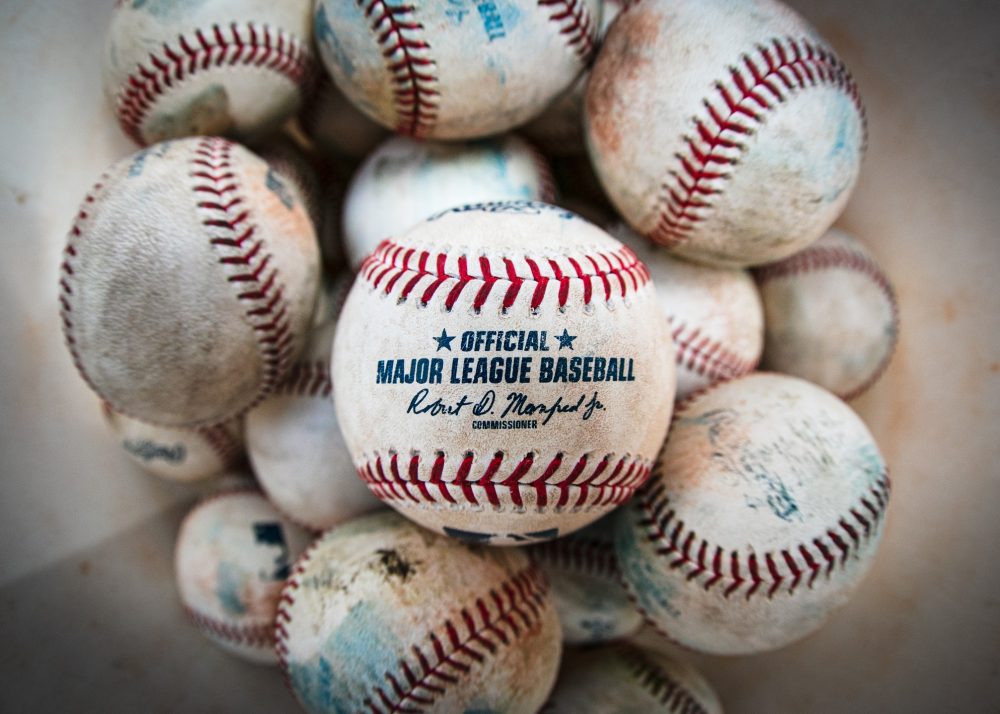 This article was originally published on May 28.

It kind of sucks that MLB can’t stop kicking itself in its own ass. There are some nifty things happening early in the 2021 season—Fernando Tatis Jr. and Shohei Ohtani say hello, the Astros furnishing MiLB apartments is an unqualified good, the Mets continue to Mets despite a change in ownership and new faces, etc.—but I’m still having some trouble fully enjoying myself because of the opening sentence to this feature.

The Astros cheating thing—I promise this is not what this entire piece is about, stay with me here—was never fully addressed, so yeah, of course it’s still in the headlines. Part of that isn’t MLB’s fault, since they didn’t plan on a season without fans in 2020, but the fact that punishing the players with booing was the plan MLB rolled with on purpose, it is also totally their fault that we’re still talking about this. And, realistically, we won’t really know if this shame-based, boo-heavy punishment is even going to take or convince not just the Astros, but the rest of the league, to quit while they’re ahead on the illegal methods of sign-stealing. It is entirely possible that Yu Darvish was right about it all a year ago, and that what was needed was to strip Houston of their 2017 World Series championship, forever tainting the cheating players as a warning to anyone else considering doing the same. Maybe that won’t have been necessary; maybe it will have been. Having to think about that means there is a cloud over 2021, and probably beyond that, too, especially since we’re just a few days past Erik Kratz vaguely suggesting successful teams besides the Astros were cheating during the same time frame, and also the Rockies, too.

MLB spent years acting as if they had no idea that the baseball was juiced, for lack of a better term, in order to produce additional offense. They eventually bought the company that makes their baseballs, and then still claimed ignorance to the entire affair. We don’t need to relitigate all of that now, but it is worth pointing out that we’re still living with the consequences of MLB’s decision to spend years obfuscating about the state of their baseballs and their role in those changes. Now we’re spending our 2021 with a de-juiced ball: it was designed to be lighter and reduce the speed of the ball off of the bat, but instead, the lighter ball might be helping increase strikeouts even further.

As Robert Arthur put it one week ago:

Weight may affect the movement of the ball twice. First, as the baseball is leaving a pitcher’s hand, the lighter ball ought to spin just a little faster on its way out. This effect is the same as what’s driving record-breaking exit velocities: the same force applied to a lighter object moves it a little further. Second, as the faster-spinning baseball travels over its flight path from pitcher to plate, the Magnus effect forces bending its path ought to do so just a little bit more because of that reduced weight. The slightly less heavy ball could be creating the observed double-whammy of both more spin and more movement per spin.

The effects of the baseball on movement add to long-term trends in pitch design and optimization that have increasingly neutered hitters at the plate. Since 2018, just three years ago, curveball lateral movement has increased 25 percent, slider lateral movement 20 percent. Those changes didn’t all come this year and some may derive from a shift in tracking systems (in 2020, the league moved to Hawkeye camera tracking), but they’ve been accompanied by ever-increasing strikeout rates.

“Ever-increasing strikeout rates,” and a complete cratering of batting average. MLB as a whole has a .237 batting average: the last time it was that low, the last time it even finished at .23-something, was 1968. That’s the year that finally convinced MLB to lower the mound and alter the strike zone so hitters would have a chance again, if you’re wondering why that sounds familiar. Balls in play in 2021 are still converting into hits at a rate that you’d consider normal-ish, but getting a ball in play has become a feat unto itself. Strikeouts and velocity are both up, as is spin rate: not only did batters lose some of what the juiced ball provided them in this transition, but they now have to face off against a baseball that, intentionally or not, is making pitchers even more difficult to phase.

Speaking of spin rate… well, Patrick Dubuque got into a lot of that on Thursday, and I yield to his superior prose. We’re about to enter a very strange period of time, where it’s still kind of unclear what’s against the rules and what isn’t, who is using too much pine tar or sunscreen or whatever, if they’re in trouble simply because they’re being too obvious with their usage—as Dubuque notes, that has historically been what gets pitchers in trouble, a failure to pretend hard enough—or if it’s because their spin rates are off in the figures MLB is testing for changes. Spin rates that, again, are going to look historically different for some pitchers just because the new baseball itself is pro-spin.

I bring all of these issues up because they tie together in a pretty depressing way. They are all issues MLB has to fix. They are all issues MLB themselves created. Not in a vacuum, either: the new baseball was supposed to be a fix, just like getting Jeff Luhnow fired was supposed to be a fix, but realistically, MLB didn’t fix anything. They just changed paths after stepping on a rake that hit them in the face, and then got hit in the face with another rake. Guess what will probably happen the time they turn after that?

The first few times teams were caught stealing signs by using technology, MLB kind of quietly told them to knock it off. It’s easy to forget the Yankees—who were so paranoid at one point about sign-stealing that they confused Doug Fister’s mouthguard for a secret listening device—were caught in the moment with some fancy sign-stealing years before Houston ever got in trouble. The Red Sox, too, decided to keep pushing the envelope with tech-based sign-stealing—beyond it, really, with the help of Apple Watches—and were punished only slightly more than New York was. Houston got the worst of it of any of them, but “the worst of it” was their GM getting fired, a spare change fine for owner Jim Crane, and a flag that’ll fly forever. A.J. Hinch and Alex Cora are both already employed again—Carlos Beltran seems to be the only one who really got in trouble here, and that’s probably temporary, too. The Red Sox reacted to their own punishment exactly as I fear Houston and others will theirs: they just kept at it, with some other device, and still didn’t end up in very much trouble when they were caught again, despite being a repeat offender.

How are we supposed to trust that MLB can get the ball right, when they spent years dissembling to us about whether they were messing with the ball, and then, when they were finally upfront about it, they adjusted the baseball in a way that doesn’t work like they said it would, and in fact made things worse? How are we supposed to trust that the offense we do see is legit, when it’s still very unclear if anyone truly bothered to be scared off from illegal sign-stealing? And how much messing with the baseball is a pitcher actually allowed to do before it’s cheating? Fans probably aren’t the only ones confused about that, considering Mike Shildt’s presser. (Again: read Patrick.)

We’ve got a league full of teams that aren’t very interested in trying to put the best possible roster on the field, playing with a baseball that heavily favors pitchers who didn’t need the help. Take a look at the current league standings if you want some insight into how that’s all working out—MLB hasn’t even permanently added an expanded postseason yet, so this can all get worse once they do. Teams might still be cheating in order to get some offense in—hell, wouldn’t you think it was worth the risk to find a way to get away with it in a post-Astros, post-Red Sox world, considering their joint light punishments and the desperate need to stop the flood of no-hitters and strikeouts? How is MLB going to fix any of this? Do you trust them to fix any of it? I certainly do not—they haven’t given me a reason to believe they’re capable of it at all.

That is, well, a huge bummer. Because there is some cool-as-hell stuff going on in MLB right now. It’s just being overshadowed in many ways by all of the endless, aggravating, terrible stuff. The things MLB kept trying to sweep under the rug until it cartoonishly towered over the rest of the room. The things they tried to fix, but in at least one case, actively made worse. Maybe they’ll sort it all out: maybe the Astros’ punishment is more effective than I’m giving it credit for, maybe the next tweak to the ball will be the one that brings balance back to the league. That seems like a level of optimism that hasn’t been earned by MLB, though, so in the meantime, I’ll do my best to focus on Tatis Jr. and Ohtani and all of the other fun stuff, but, like with MLB, ignoring it all only goes so far.

Marc Normandin currently writes on baseball’s labor issues and more at marcnormandin.com, which you can read for free but support through his Patreon. He is one of the founding members of Publication To Be Named Later, and his writing has appeared at SB Nation, Defector, Deadspin, Sports Illustrated, ESPN, Sports on Earth, The Guardian, The Nation, and TalkPoverty.