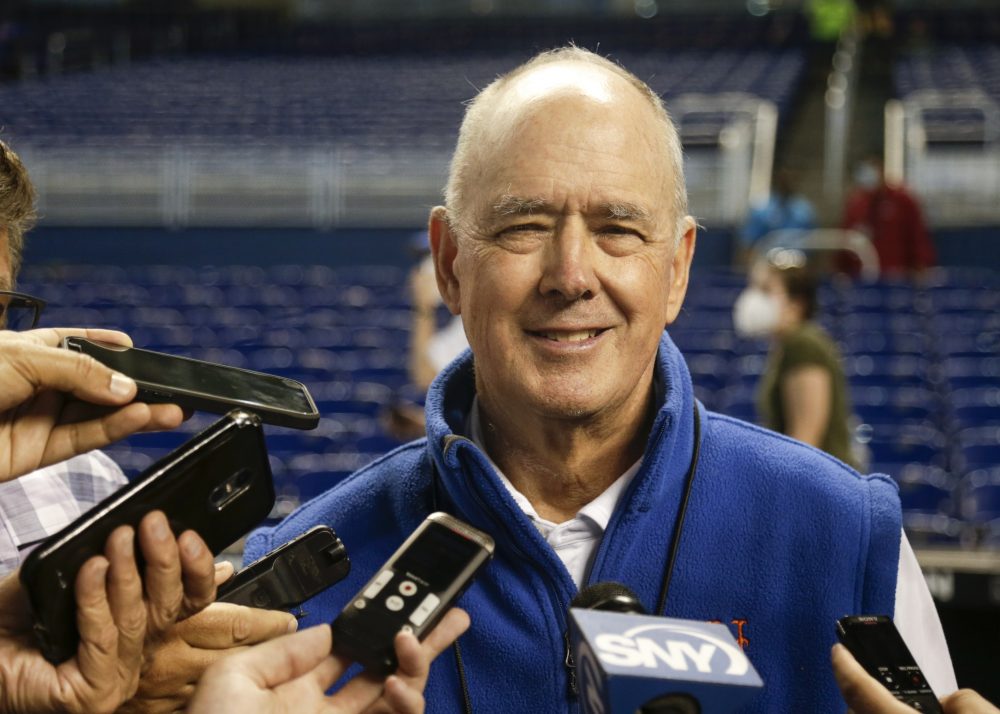 The Mets are, once again, struggling to find a general manager. It’s not even that they’re having trouble finding the right candidate for the job: they’re failing to find any candidate. They’ve asked something like 47 people, give or take a few, to interview for the open position, and the response has been something like 47 people passing up even the opportunity to check out the job. A few executives used the Mets’ interest to secure a promotion or a raise with their current organization, but otherwise, all we’ve really had are leaks from one party or another letting the world know that the interest is not mutual, and an interview is not happening.

It’s no surprise, really. This is the Mets we’re talking about. Dysfunction is their brand, and the Wilpons selling the club to Steve Cohen hasn’t changed that one bit. Sure, you hear fewer stories about Sandy Koufax from Fred Wilpon than you used to, but the weird injuries no one on staff seems to be able to explain or treat or give accurate information on, the whole Sandy Alderson acting like he’s above being questioned thing even when he’s obviously behind whatever the screw up of the day is, and an owner getting himself into potential trouble for his spending habits—or lack thereof—are all straight out of the Wilpon playbook. Which is apparently just the Mets’ playbook. I don’t root for the Mets, but they are my favorite baseball team strictly from an entertainment perspective.

And that’s merely one of the reasons why the Mets should just hire me to be their new general manager. Am I qualified? Not in the traditional sense, no, given my experience is solely in being a longtime fan and someone quietly approaching two decades’ worth of time writing about baseball. But I’m willing to be interviewed, which gives me a leg up on the potential competition, and most importantly, I want the job. Advantage: me.

Truthfully, what I really want is one million dollars. And becoming the general manager of the Mets seems like a good way to get it. Probably the best way to get it, considering the overall job market out there. A $1 million salary for an MLB general manager isn’t much of an ask, you know, not in the modern game: maybe I could ask for more from the Mets, but I’m afraid of scaring them off by going too big with my demands, especially considering my lack of experience. Maybe if they think they’re getting a deal, they’ll pounce. After all, Steve Cohen never shies away from investments he thinks can make him a serious return.

The Mets probably can’t do much better than me at the moment. For one, former New Jersey governor and current professional sycophant Chris Christie is giving Cohen advice for picking a new GM. Christie is on the Mets’ board of directors, too, which means he could very well be around all the time, or at least, whenever he wants to be. Christie is obviously a tough person to be around, and simply hearing about his involvement with the Mets was surely enough to send a few of the potential candidates running in the opposite direction, but me? It’s fine. Sure, Christie is an abomination and an embarrassment, but he wouldn’t be the first person I’ve worked with who I was afraid was going to get me fired if I said what I really thought about them. I worked at the same company as Matthew Yglesias, you know: I muted him on Twitter to avoid seeing or viscerally reacting to… any of his whole deal, and I’ll simply do the same to Christie on every possible communication channel he could reach me on. As I’ve said, I would very much like one million dollars, and am willing to set up a Christie Firewall to get it.

There are more significant concerns from potential candidates for the GM position that it’s just a temporary gig, and that whoever ends up in the role might very well be pushed out, either literally or metaphorically, due to Alderson-centric nepotism in the future. Sandy Alderson’s son, Bryn Alderson, is now one of the Mets’ assistant GMs. The Athletic reported that this father-son dynamic has already been an issue in the past, and that there are concerns about who would really be in charge in a situation when the elder Alderson is the team’s president and his son is a step below the GM, but still a high-ranking executive within the organization.

How would I deal with this problem? I would simply ignore it. Sandy Alderson would be my boss, with final authority over a number of decisions, regardless of my feelings on the matter. Bryn Alderson was formerly the scouting director, and now has experience as an executive, too. If the two Aldersons, both of whom are much more qualified than I am for these jobs, want to walk all over me for a year, scheming to control every aspect of the front office as father and son, then I say let them. I’m just here for one million dollars, and if I seem like I’ll step on any powerful toes, I’ll be less likely to collect. Nepotism rules, hooray for nepotism! Did I mention my own children are far too young to be threats to the current power dynamics of the front office? I’m a one-and-done you never have to worry about again.

This all sounds like it’s selling out my principles a bit, but you have to remember, I’m a freelancer. Working for the Mets for a year while they simply search for my replacement, and being paid one million dollars to help in this way, is a superior way of selling myself. And probably a lot less work, too, since I’m just going to agree with whatever the Aldersons say. Hell, I might even have some time to think up new pitches for when the one million dollars runs out. Oh, don’t worry, though, I’ll sign a non-disclosure agreement about whatever cursed object resides within the bowels of Citi Field, the one that’s causing all of the mayhem us regular folk see in the news. I’ll think of something else to write about when the need arises yet again, instead, and not just because I am terrified of whatever the source of all this chaos is ruining my life forever if I do otherwise.

I do have a few demands, however: an interview is for both the employer’s and the employee’s benefit, you know, and I’d be doing myself a disservice if I entered into a situation that wouldn’t benefit me as well. I will happily become the Mets’ GM, but I will only work in that role remotely. Since most of my days will be spent sending thumbs up emoji and selecting canned Gmail responses to emails that allow me to agree with whatever the Aldersons want to do, this shouldn’t be too much of a problem. I probably won’t have my laptop’s camera on ever, because I’ll be playing video games or hanging out with my kids, and just waiting to hear a signal that I’m expected to contribute something to the meeting. Again, none of this should prove to be much of an issue, I just need to say it upfront. I don’t want to get any Mets on me, even as the Mets’ GM, because it remains unclear if it ever comes off. Staying home feels like the safest way to make sure I stay clean.

I don’t mind having to speak to the press, though, and I’ll even turn my camera on there. I’m perfectly capable of giving non-answers and sounding perplexed when necessary, or just saying you need to trust in the vision or what have you. I won’t believe a word of it, but, as I’ve said, I would like one million dollars, and I’ll do what’s needed to get it. Besides showing up to the office, I mean.

Maybe the Mets will finally get someone to bite on an interview within the next couple of weeks. Maybe they’ll get some extra time to convince someone to do something besides leave them on read, because MLB and the Players Association end up in a collective bargaining stalemate that freezes the 2021-2022 offseason. If someone actually qualified for the job who can bring something to the table besides feigned interest and a desire for one million dollars is willing to meet with the Mets and take the job, I understand, I really do—no hard feelings from me. If not, though, if they end up entering December without the position filled, and the winter meetings on the horizon, I hope they don’t forget about me, and my desire for one million dollars.

You need to be logged in to comment. Login or Subscribe
Russell A. Carleton
Well this is awkward.
Reply to Russell
Travis Leleu
ESPN just put out a report that the Aldersons believe it's the NYC media spotlight causing their hiring issues. Yup.
Reply to Travis
oldbackstop
Funny. If you need a visionary/muse who is willing to never visit Queens and thrives unstructured business environments without internet blocks, I too would enjoy one million dollars.
Reply to oldbackstop
John Johnston
I guess the idea of just firing everyone in management and starting off with a clean management slate was just too difficult for them to grasp. When an organization is failing, sometimes you have to remove and replace all of the management. If that fails to accomplish anything, then you remove the rest of the staff and start over from scratch. In the long run you come out ahead. The Mets should think about this.
Reply to John