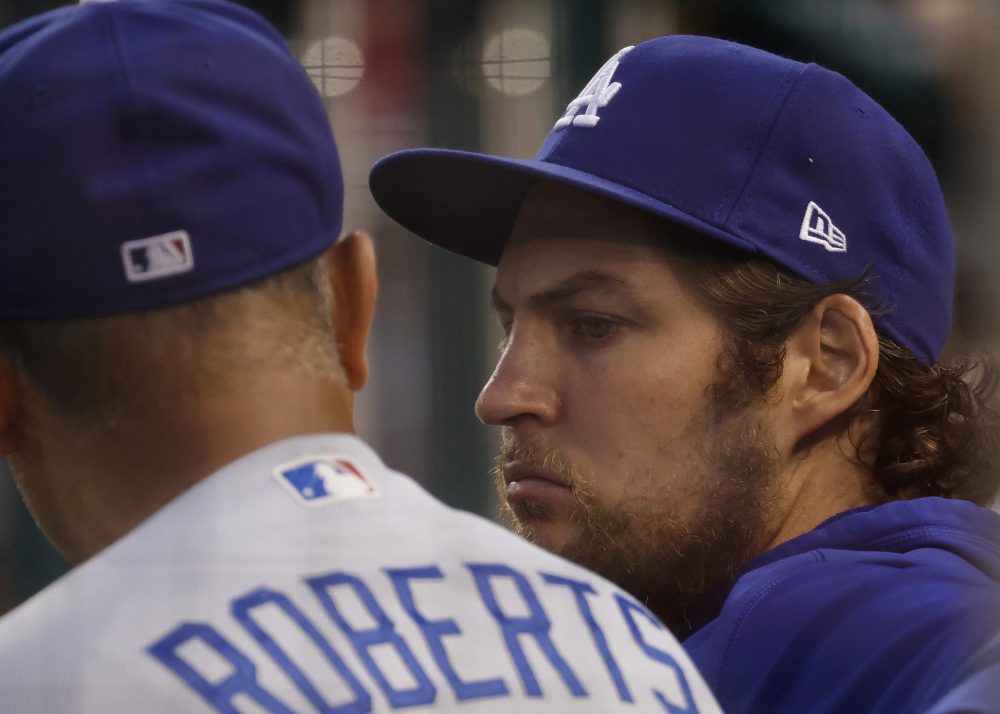 Trevor Bauer has been accused of sexual assault and a restraining order has been executed against him. That’s more than enough reason—per the domestic violence policy, jointly developed by the League and the Players’ Association—for the Office of the Commissioner to act immediately, placing Bauer on administrative leave for up to seven days while allegations are investigated. They haven’t done so because they are cowards.

The Dodgers—who signed Bauer to a record-breaking contract this winter despite a prior history of aggressive online behavior, particularly but not exclusively towards women—have sat on their hands thus far, choosing not to act. Bauer is still scheduled to make his next start on Sunday, July 4th, in an 11 am showcase game in the nation’s capital. When asked about keeping the rotation on schedule, Dodgers Manager Dave Roberts claimed it was out of their hands. That they were following the lead of Major League Baseball. Because they are cowards. 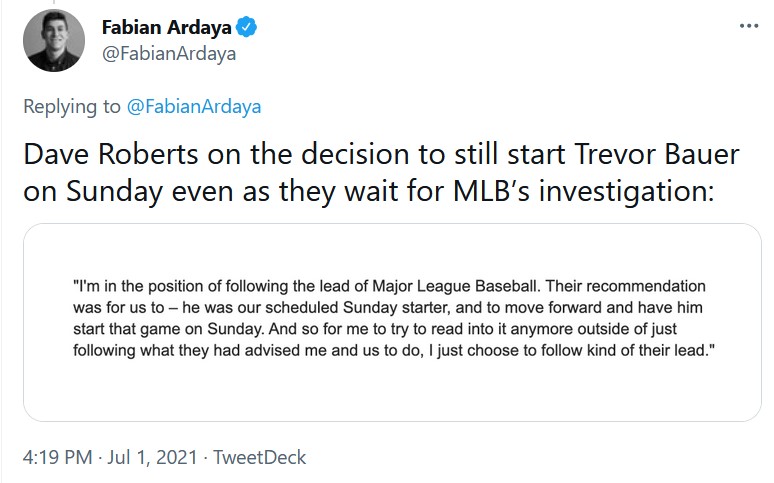 It is possible that benching Bauer following the allegation and temporary restraining order could result in a grievance—one in which the union may or may not prevail. It is not possible to understand, given the specific allegations levied and the weight afforded to them by that restraining order and statements filed with both the court and with Pasadena police, why this isn’t a risk worth taking. The harm done to Bauer by skipping a start is minimal, and it only seems reasonable to put him on the sidelines while more information—information his agent claims there is a lot of, to which she is privy but we are not—comes to the fore.

It is possible this isn’t Dave Roberts’ decision to make in some general sense. That it’s one made for him by the Dodgers front office or legal staff. But in the specific sense, he is the one who fills out the lineup card and the lineup card determines who is in the game. To claim it is something that is out of his hands is an astonishing abdication of responsibility. To say that they are following the league’s guidance while the league has stood silent is abnegation.

It is possible that the league is waiting until closer to Bauer’s start, so a seven-day enforcement of administrative leave would leave him sidelined through the all-star break, enabling them more time to gather information. But even this exceedingly generous line of thinking leaves their actions wanting. The league has acted swiftly before, using a rolling seven-day leave period in cases like Roberto Osuna and Domingo German, with the Players Association not objecting to the continuation of the leave. Why is this different when it is seemingly a case example of why the language regarding administrative leave during an investigation is included in the policy to begin with?

The Commissisoner’s Office will investigate all allegations of domestic violence, sexual assault and child abuse involving members of the baseball community. The Commissioner may place an accused player on paid administrative leave for up to seven days while allegations are investigated. Players may challenge any decision before the arbitration panel.

There is no satisfactory answer forthcoming. Perhaps it is a variety of concerns, of extenuating circumstances, of conflicting information. Some will cry “due process.” Due process is the quote laid out above. This is the league’s domestic violence policy, agreed to by the players, and it empowers the Commissioner’s office to act swiftly. This is the tragic beginning of a story that is only going to get uglier and more complicated. One way to minimize the harm being done is to conduct a thorough investigation, and to place the relevant people on the sidelines while you sort it out. For MLB and the Dodgers to instead play chicken, waiting for the other one to flinch, to show a shred of courage is cowardice. All the way down.

From Bauer’s agents. He will not appeal MLB decision to place him on administrative leave. pic.twitter.com/4h0sZbbvnE