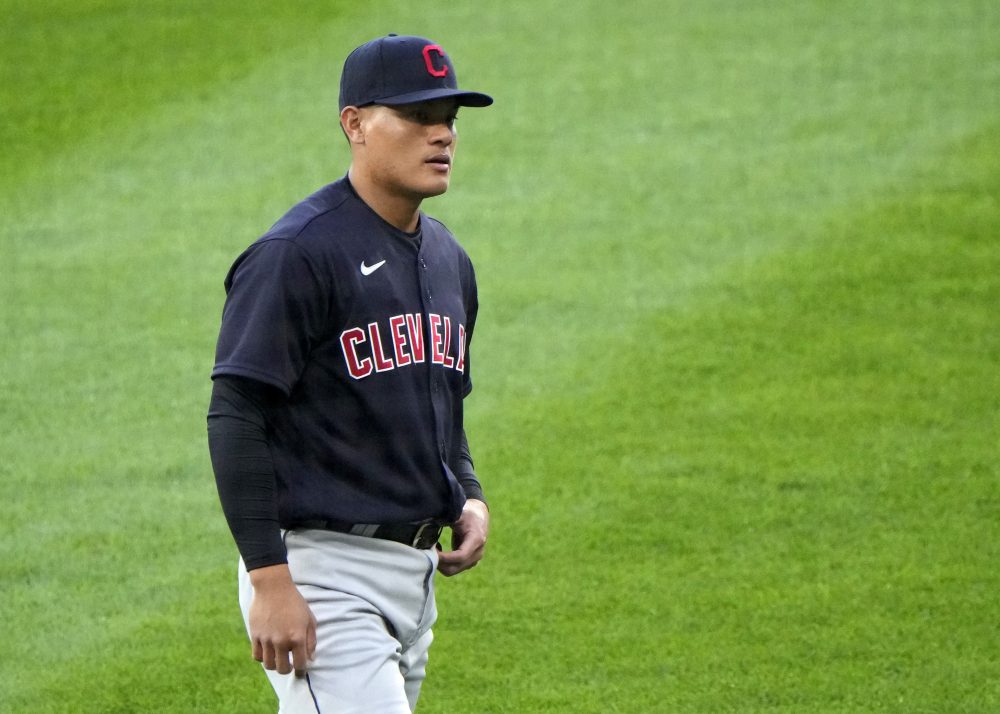 When Dr. Anthony Fauci appeared on MSNBC last week, host Mehdi Hasan confronted him with his infamous March 8, 2020 appearance on “60 Minutes.” Here was one of America’s foremost leaders on managing pandemic response telling his fellow citizens, “Right now in the United States, people should not be walking around with masks… There’s no reason to be walking around with masks.”

This rapidly proved to have been bad advice. It was exactly the opposite of what we needed to be doing, and the consequences of those remarks have continued to cause damage and dissension down to the present day. Hasan characterized it as, “a huge mistake at the time, not just in hindsight.” Fauci disagreed; his information at that moment was consistent with both the needs of medical providers and the scientific evidence up to that moment. “A month or two after… we found out—to our horror—that 50 percent or more of the infections were transmitted by people who didn’t know they were infected.” Being receptive to new information, Fauci argued, was the key reason he changed his tune. “If something is static and you change your mind about it, you’re flip-flopping. If something changes, if the data change[s] and you change with the data, you’re not flip-flopping.” As SABR’s Mark Armour commented, “It’s called learning.”

Bigotry is the anti-learning emotion, a manifestation of stasis of the human mind. In white racists it leads the sufferer to make category errors, taking events that could happen to anyone and interpreting them as having something to do with race because everything a non-white person does is somehow motivated by the color of their skin or the shape of their eyes. This is obsessive behavior that says a lot more about the thinker than the object of their thoughts.

Take Yu Chang’s game-ending error during Cleveland’s April 12 game against the White Sox at Chicago. The game was tied in the bottom of the ninth with one out, runners on first and second, and Nick Williams at the plate. Chang has been playing a good deal of first base for Cleveland in the early part of the season despite his bat not fitting the profile for the position and his having exclusively played second, short, and third to this point in his career. The feckless Cleveland leadership put him in that situation; he did not choose it.

Chang demonstrated his lack of experience at the gateway when the left-handed Williams pulled a grounder to the right side. The throw to second is one of the hardest plays for a first baseman to make, and even experienced players at the position sometimes struggle with it—it can be hard to find an angle with the baserunner between the fielder and his target. Chang, perhaps thinking like a middle infielder, attempted to start a 3-6-3 double play rather than taking the surer out at third. He compounded the misjudgment by bouncing his throw to second off of runner Yasmani Grandal’s brain. The ball caromed towards deep shortstop and the winning run scored as the Clevelanders were chasing it down.

Chang is from Taiwan. The social-media reaction to his part in the loss was, sadly, as would have been expected given current American hostility towards Asians and Pacific Islanders. Players of all races, religions, and creeds have been helping Cleveland lose ballgames with great aplomb going back a hundred years, but you can be certain that whatever grief Jack Heidemann got after he booted one, they didn’t refer to the shape of his eyes or associate him with a global pandemic.

When we remember Jackie Robinson and the breaking of baseball’s color line in 1947, we sometimes forget that “equality” was not achieved at that moment, nor has it been achieved down to the present day. It’s a term that has too many definitions for any one person to know them all, let alone list them here, but one simple, still-aspirational meaning might be, “To be treated with a basic level of respect and dignity; to be regarded as a human being, no more and no less, regardless of color, place of origin, or any other superficial distinction.”

That was not something Robinson could achieve for himself or his fellow people of color. The goal was too dependent on too many others amending their ignorance. Robinson could hit or run or field with excellence, but he couldn’t stop the hateful words from coming out of the stands if the “fans” weren’t above saying them. Ditto Henry Aaron and his many primitivist correspondents during his pursuit of the career home-run record, ditto Adam Jones in Boston just a few years ago, ditto Yu Chang just this week.

These players and many more like them were victimized by a stuckness on the part of their attackers, crabbed thinkers who were (and are) incapable of confronting old prejudices with new information. Before Jackie Robinson it was commonplace to defend segregation by saying that Black players, even Negro Leagues stars, were of minor-league quality; there was not one Black athlete, whether he was born in Hoboken or Havana, who could play better than the worst white major leaguer. After Robinson came up this was amended, slowly and reluctantly, to, “Okay—there’s one.” As late as 1954 the Yankees were saying they would happily promote a Black player to the team if only they could find one of the implicitly rare good ones. The Red Sox were still saying it five years later, before they finally brought up Pumpsie Green. In the interim, those teams scouted players like Willie Mays, saw only the weaknesses that confirmed their biases, and walked away.

When Americans first encountered Asian players they had to get over the preconceived notions that come with national and racial chauvinism. In 1905 Waseda University’s championship baseball team traveled to California to play Stanford. “American sons have always been preeminently superior to foreign players,” the Los Angeles Herald assured its readers, “and it is hard to believe that the time has come when this ascendency is to be seriously challenged.” The Japanese players’ competency provoked a kind of smug awe in its audience. “The little … men have been practicing for the past few days before crowds of spectators, who have gazed in open-mounted wonderment at their clever fielding and baserunning… The only apparent weakness of [theirs] is at the bat. They meet the ball squarely but with little force and the longest hits are usually good for only two bags.”

Fifty years later, when the Yankees played a series of post-World Series exhibitions in Japan the commentary was strangely similar, although by then Japanese players had gone from having no power to overemphasizing the pursuit of it. “They are fine in the infield but seem to lack throwing strength from the outfield,” infielder Gil McDougald said. “At bat the Japanese try too hard to powerhouse the ball instead of depending on coordination.”

“Being smaller than their American counterparts, they are not capable of bullet-like throws or fence-rattling feats with the bat,” wrote an AP correspondent. Yankees owner Del Webb said that Japanese position players were of low minor-league quality but the pitchers were of Double-A quality, maybe a little better than that. “On the whole,” Yankees manager Casey Stengel said, seemingly damning the Japanese players with faint praise, “they seemed to know what they were doing.”

To be fair, these estimations were based on performance and not (insofar as we can tell from these quotes) racism, and they were borne out in the results: The Yankees won every game going away except for a 1-1 10-inning tie against an All-Star team. Pitchers Whitey Ford and Don Larsen held the Japanese players hitless through eight innings; reliever Jim Konstanty finally yielded a single to shortstop Yoshio Yoshida in the ninth.

If that was all you knew, if your level of knowledge had been frozen in 1955, then those who verbally assaulted Chang still wouldn’t have been any better than they are but at least they could be forgiven for not knowing about Chien-Ming Wang and Wei-Yin Chen of Taiwan, Shin-Soo Choo, Chan Ho Park, and Hyun Jin Ryu of South Korea and, among numerous others from Japan, three of the most entertaining, joy-inducing players of this or any other century, Ichiro Suzuki, Yu Darvish, and Shohei Ohtani, the latter of whom is definitely capable of bullet-like throws and fence-rattling hits.

Chang’s persecutors do know about them, though. They’ve heard of them even in Cleveland (Choo even played there), but maybe they didn’t understand what they saw. Ichiro won 10 Gold Gloves. Choo received none and was best positioned as a designated hitter. The difference was down to skill, just as it is between any other two players, or 200.

Although the racial and national shape of the major leagues has changed in the long years since Jackie Robinson’s day, it is closer to being colorblind than ever in terms of who is allowed to play. There are different, structural impediments to who gets to enter the major league pipeline, but de jure or de facto color-based racism is not one of them. Whether you’re from the Pacific Rim or the Caribbean, if you can play you’ll at least get a shot, which is far more than countless Negro Leaguers were given.

But that’s not the whole battle. What remains is simply everything, all those loose concepts that fall under that undefined word equality but remain aspirational. Political equality: Yes, that has always been part of it. Equality of opportunity, freedom of movement, freedom from fear: The war for that kind of equality is still being waged, including at his very moment in a Minnesota courtroom where a former police officer’s attorneys are exploring all the ways murder by asphyxiation can be the victim’s fault. It’s a different version of the same defense used in the 1946 trial of South Carolina sheriff Lynwood Shull, who intentionally put out Black veteran Isaac Woodard Jr’s eyes with his billy club. He claimed self-defense. Many things have changed, but many things have not, and all too often we restage old plays in modern dress. Robinson was playing for the Dodgers at Montreal then and was just a winter away from making his Brooklyn debut. It was very long ago. It was just yesterday. It is still now.

Remember that this Jackie Robinson Day. Remind yourself that there is growth in learning and that, as Dr. Fauci said, revising your opinions in light of new information is a virtue not an expression of weakness. Pity those who cling to the same outmoded ideas that gripped the unenlightened minds of their ancestors. Ask yourself how far we have yet to go if everyone can play, but not everyone is entitled to the same respect for our common humanity.

You need to be logged in to comment. Login or Subscribe
Jack O'Lantern
Well put. I’m learning that yes there is something that a liberal middle-aged white guy can do to push back on racism, and it’s to keep learning about these blind spots and to react to them with anger and resolution.
Reply to Jack
Shaun P.
Thank you for this, Steve.
Reply to Shaun
Tony Mollica
First, people that spouted racist criticism of Chang are completely clueless and deserve to be condemned.

Second, Cleveland's leadership is not feckless, and I'm not sure how the author came to that conclusion. I like Chang at first base. Once he has more experience, he will be a very good fielding first baseman.
Reply to Tony