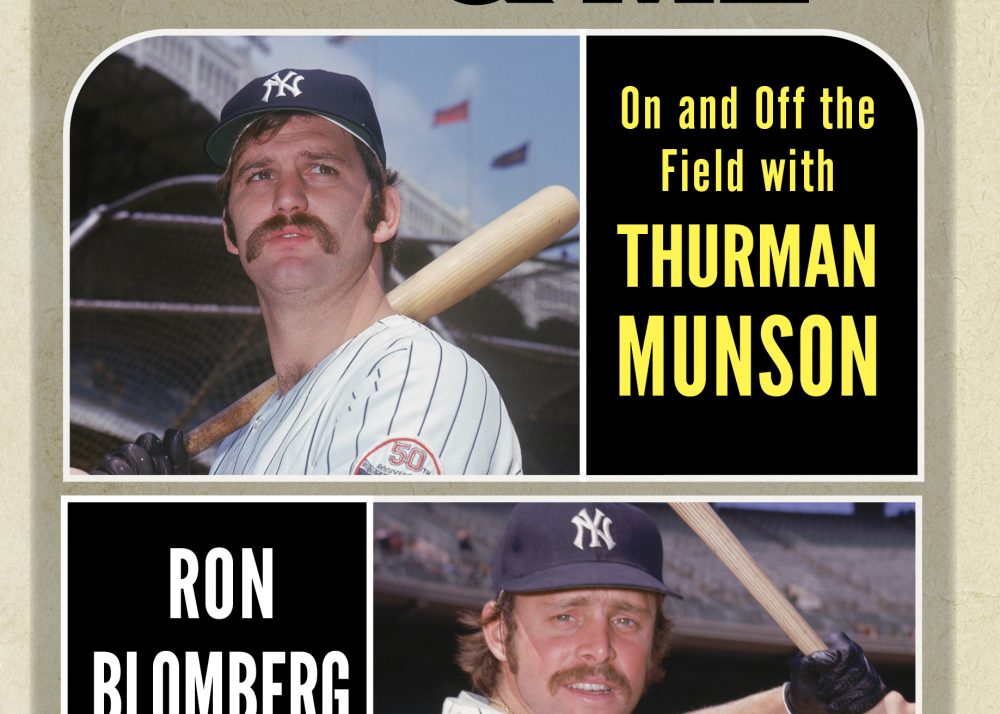 This excerpt is brought to you by a partnership between Baseball Prospectus and the Pandemic Baseball Book Club, a collective of baseball authors focused on the principle of cooperation over competition. Check out their conversations about baseball books and much more at pbbclub.com, and on Twitter at @pandemicbaseba1. To see Part 1 of Chapter 6, please click here.

Thurman liked to have a few beers after the game, or on a team flight, or if we’d go out at night, but I never saw him get really sauced. Sam McDowell, on the other hand, was known to be a major, major drinker. We got him in June ’73 from the Giants, which was exciting for us because we had never had a real power pitcher on the staff, at least during the time I’d been with the team. Sam was a big guy, maybe 6’5″, way over 200 pounds, and he’d led the league in strikeouts five times. When Sam was going good, he was incredible; he had a great arm and could throw a fastball over 100 miles an hour. That’s why they called him “Sudden Sam.” To this day, I’d swear he threw a little bit harder than Nolan Ryan, and Nolan threw like 100 to 103. And if he pitched a nine-inning game, he’d throw like 170 pitches, and still come back four or five days later ready for more.

But things weren’t going so good for Sam by the time we got him. He joined our team while we were playing in Oakland, but he stayed in the hotel drinking for three days instead of coming to the ballpark. I went up to his hotel room to say hello, and it was just totally wiped out, filled with empty bottles, beer cans, the whole thing. He finally made it out to the airport for our flight to Anaheim, and he got on the airplane wearing an orange suit, holding a suitcase that said “Sudden Sam” on it. He looked like a giant orange.

About a month later, we’re playing in Boston, and Thurman and I are walking back from Daisy Buchanan’s about one thirty or two in the morning. All of a sudden, I see a guy lying in the gutter on Boylston Street wearing an orange suit, and you can really see it because it’s fluorescent— it’s an orange suit. Sure enough, it’s Sam, and he’s out cold, and it’s starting to rain.

“We can’t leave him here, Bloomie,” Thurman mutters. We’re tired and want to go to bed, and the last thing we want to do right now is pick up this huge guy and drag him several blocks back to the Sheraton Prudential, where we’re staying. But he’s our teammate, and a rainy gutter on Boylston is no place anyone should be at any hour of the day. We try to shake Sam awake, but no dice. We look for a cab, but there aren’t any. “Help me lift him,” Thurman says, trying to leverage Sam’s huge frame into an upright position as the rain really starts coming down. We get him stood up, drape his arms over each of our shoulders, and start the slow trudge back to our hotel.

We get him back to the hotel, and we’re all completely soaking wet now, because we had to walk four or five blocks carrying a gigantic guy who’s been already lying in the gutter for a while. There’s nobody even in the lobby at this point, so we prop Sam—who’s still completely out of it—against the reception desk and ring the bell. Once the receptionist shows up, we find out that Sam hasn’t even checked in yet; we’d checked in to the hotel when we’d gotten to town earlier that day, made sure our luggage was going up to our rooms, and then went straight to the ballpark. But Sam wasn’t checked in, and we had no idea where his luggage was. Finally, we got him checked in, took him up to his room, and threw him in bed, and we got the bellman to find his bags and put them in his room. And then we went back to our own rooms to dry off and try and get some sleep.

The next day, Sam comes to the ballpark like it’s no big deal—except he’s got two black eyes, and he has no idea how that happened to him, and no memory at all of how he got back to the hotel, so he must have been waffled pretty good! We hadn’t even noticed his black eyes the night before, because his hair was in his face and we were too focused on trying to get him back to the hotel. If he had stayed there all night in the gutter, who knows what could have happened to him?

Sam didn’t pitch in that series against Boston, though he warmed up a few times. And then, as we’re getting on the plane to Detroit, I look over and see that someone’s crossed out the “Sudden” on his suitcase, and written “Seldom.” It was funny, but it was also sad, because Sam could have been a Hall of Fame pitcher. He had the Hall of Fame arm, but not the head. Thurman used to yell at him all the time when he pitched for us, because Sam wanted to throw what he wanted to throw. Thurman would come back to the dugout and tell Ralph, “You better get him outta there. He’s mixing me up because he’s not looking at my signs—he just wants to throw!”

Ralph would tell Sam, “You need to look at Thurman’s signs and throw the pitch he wants.” But then he’d go back out there, and after a few pitches you’d see Thurman walking out to the mound pointing at him, like, “You listen to me! You don’t listen to me, I’m gonna get you outta here!”

Thurman didn’t have that problem with a lot of pitchers, but some pitchers just wanted to throw what they wanted to throw. They’d shake him off, but Thurman would never take that. He would go out there and tell them what to do. A lot of guys became pretty good pitchers from listening to Thurman. And the guys who didn’t want to listen to Thurman, well, they got them outta there.

The Yankees eventually released Sam at the end of the ’74 season, but he didn’t do much good for us during the year and a half he was with the team, both because he wouldn’t listen to Thurman, and because he was battling some serious demons. But I’m happy to say that he’s turned his life around since then; he’s a big guy with AA, and he’s helped a lot of people.

This excerpt from The Captain & Me: On and Off the Field with Thurman Munson by Ron Blomberg with Dan Epstein is printed with the permission of Triumph Books.  For more information and to order a copy, please visit Amazon, Barnes & Noble, Bookshop.org, or www.triumphbooks.com/CaptainandMe.