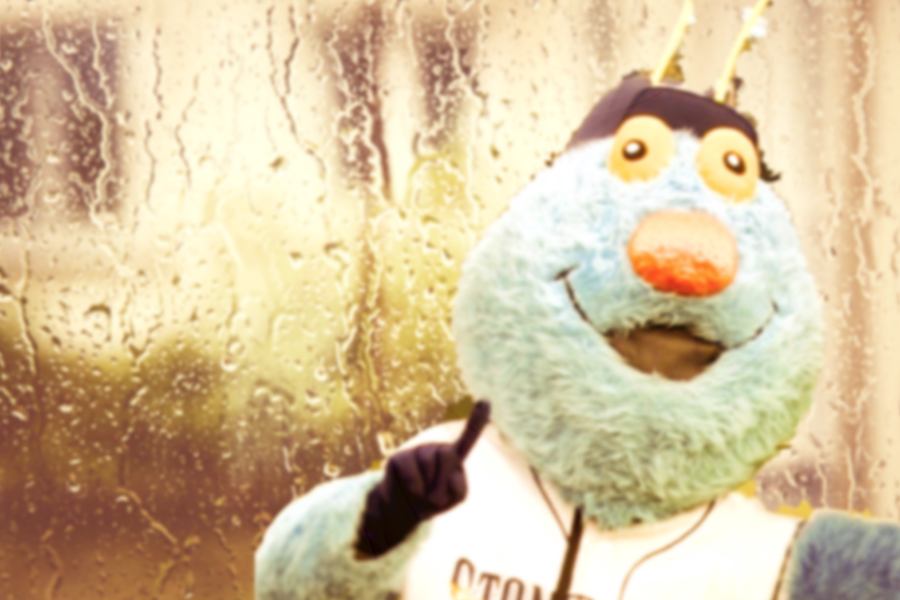 Too Far From Town shines a light on the 42 minor league baseball teams that lost their major league baseball affiliations. The Charlotte Stone Crabs were a Single-A Tampa Bay Rays affiliate. You can read previous installments of the series here.

There is an expression which states if you did not care for the weather in Florida, wait five minutes. It turns out various people over the centuries have said this about virtually every other state in the union. I once looked out my Florida hotel room and saw it rain across the street, and, weird, only across the street. The Sunshine State is truly The State That Cannot Makeup Its Damn Weather Mind.

The Charlotte Stone Crabs, Charlotte in this case short for Port Charlotte, Florida, understand this, because they have been defined by it. Way back in 2010, the team uploaded a collection of videos unabashedly influenced by the This is Sportscenter commercials. There are some legitimately amusing ones. There is one where Stoney the team mascot creates a long line for the bathroom after he takes a large, smelly, blue-colored dump. The short most in tune with the Stone Crabs’ Florida setting stars Stephen Vogt and is titled “Rain Delay.”

“Rain Delay” opens on a patient Vogt answering a phone call. “Yes it rained here, but the game’s still on,” he tells a fan. It is easy to imagine this conversation taking place between a customer and a team employee several times a gameday. This video must have been cathartic for the Stone Crabs family to write and produce.

“Well you know with the weather here in Florida it’s so hard to predict what will happen,” Vogt then says. “But as far as right now the game is still on.” Ripped straight from the headlines, no doubt. The future two-time All-Star then seems to take offense at being considered a meteorologist before he is informed by a team employee he has five minutes until the team needs to pull the tarp. Vogt’s eyes move skyward. He pounds his fists on his desk, and slowly walks towards the field. Stoney, months after his bid to become the next junior senator from Florida failed, is revealed to be working in the same office room as Vogt. Stoney slams his entire huge head on his desk. He knows Vogt will eventually move on to bigger and better things, baseball places with roofs. Stoney knows Stoney is stuck in this place, in this town, at the constant mercy of the lords of the rain.

On August 2, 2014, Blake Snell and the Stone Crabs faced Kyle Schwarber, Daniel Vogelbach, Willson Contreras, and the Daytona Cubs in Charlotte Sports Park. After five and a third innings, Snell struck out nine, walked three, and allowed no hits whatsoever.

Then, the rain stopped play.

Snell waited in the dugout, hoping he would get a chance to toe the rubber again, 11 outs away from an honest-to-goodness no-hitter. Hell, he was ahead of the count 0-2 on Marco Hernandez, so it was pretty much only 10 more outs to go.

After 30 minutes, the game was called.

Snell headed to the clubhouse, not hearing the PA announcer inform the 1,552 fans in the stands they just witnessed the first no-hitter in Stone Crabs history. His manager, Jared Sandberg, informed Snell of the accomplishment moments later.

“I still want to try to go a nine-inning no-hitter all to myself, because you have to go through the lineup three or four times,” Blake Snell really said. “So that’s something that would be the most special to me.”

Oh, it gets better and worse simultaneously. I don’t know how many pitches he threw, but Snell faced 19 batters that night. That is one more batter than he faced in his final appearance as a member of the Tampa Bay Rays organization. His appearance last October also lasted 5.1 innings.

Imagine how Snell would have felt had he been the ace of the Stone Crabs in 2019. Charlotte dominated the Florida State League, finishing first with an 82-53 record. They didn’t get a chance to add to their regular season win total or play for their second league championship because of Hurricane Dorian. The postseason was completely wiped out. On the final day in the history of the Charlotte Stone Crabs, the team split a doubleheader against the Florida Fire Frogs. (It also happened to be the final two games in Fire Frogs history.)

On the third day of 2021, the Stone Crabs hosted a yard sale. The line of customers stretched around Charlotte Sports Park. Some found office furniture and banners in the parking lot dumpster, gratis. Others had their eyes on Stone Crabs caps, collared shirts, plastic bats and balls, office supplies, and concession equipment. There was a brief rain shower on that Sunday. Most of the people on line were prepared. They opened up their umbrellas.

You need to be logged in to comment. Login or Subscribe
David Yeager
This series is wonderful - I'm down the rabbit hole watching these commercials. Thank you.
Reply to David
Roger Cormier
Thanks!
Reply to Roger