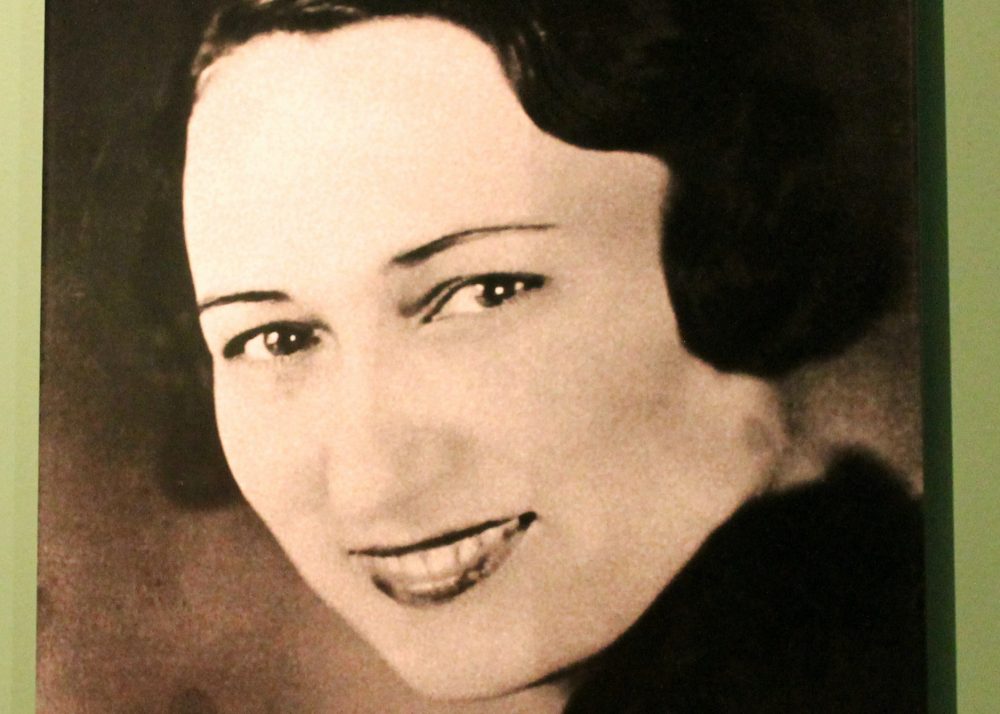 For Andrea Williams, the business of Black baseball has always been personal. The Kansas City native’s earliest baseball memories paint a picture of someone who began forming a relationship with the sport earlier. “I remember going to a Royals game in the 80’s with my dad and we had terrible seats. It was a year or two after they’d won the World Series and I remember being on my dad’s shoulders for most of the game,” she shared. She even had a dream of one day working in the league.

And then came Effa Manley.

“I fell in love with Effa and her story the very first day I started working at the museum. Bob (NLBM President Bob Kendrick) gave me a tour and I was like ‘who is this chick?!’ The museum is designed so you have to walk chronologically through the history of Black baseball and it isn’t until you get to the 30’s and 40’s that you see any women in the museum. And I thought, if there’s a woman here, there’s a reason that she’s here because obviously she is an important figure. I was working at the museum as a new college graduate thinking I was there as a pit stop on my way to working in the front office of a Major League team. So seeing her story, it just, stuck with me. I couldn’t conceptualize at the time an actual book, but it was always like I need to get Effa’s story out there.” And the 15 year journey toward her book began.

“I need to get Effa’s story out there. I need people to understand.”

Williams is the author of Baseball’s Leading Lady: Effa Manley and the Rise and Fall of the Negro Leagues, a middle grade children’s book on Newark Eagles co-owner Effa Manley and the history of the Negro Leagues. The book opens with a re-telling of Game 1 of the 1946 Negro World Series, with Manley’s perspective from the owner’s box. From there Williams takes readers through time, weaving in both the history of Negro leagues baseball and Effa Manley’s life. One might say it’s part biography, part history lesson. Though it is listed as a children’s book, Williams believes the book can be educational for adults as well. She expressed surprise at how few baseball fans really knew Effa Manley’s story. Based on reactions to a story published by this writer, Williams learned that Manley was largely a mystery to most.

In telling Manley’s story, Williams is addressing a crucial element of both the history of the Negro Leagues and the way in which we learn about the history of the Negro Leagues. While researching this project, Williams noticed that many of the historians were white, and therefore, their perspectives dominated the stories. “There’s so many stories that have been done that I think it’s necessary to re-do. Because we always let the same person hold the pen. Again, technically, these people have different names and different authors with different bylines. But again, they’re coming from the same background experience, the same ideological pool. We’re getting the same story over and over again. So we really want to shift. If you really want to go into a better future, I keep telling people, I want kids to really understand the truth of the path so that they understand why we are where we are today. And so that they can then build a better future. We need to give the pen to somebody else.”

Williams’ goal was to put forth an honest telling of Manley’s background and all the things she contributed that made her the first woman inducted at Cooperstown.

Though some parts of Effa Manley’s background can best be described as a little murky, Williams approaches the enormity of the story she is telling by remembering the significance of its main character. Famously, or perhaps infamously, Manley argued via newspaper columns with Jackie Robinson. She was offended by his comments on the Negro leagues. Williams notes that the source of Manley’s ire was that Robinson was “airing family business.” On the subject of Manley’s ethnic controversy, Williams focuses on her contributions to the Black community – both baseball and more generally. At a critical time with regard to civil rights in the United States, Manley wasn’t only a team owner, she was an activist. She used her standing within her communities to agitate for change on multiple fronts.

When asked what women today can learn from Effa Manley’s experiences, Williams shares, “I think that today’s women need to learn from Effa, you’re not gonna win by playing the game. I think women in general, whether in baseball or anything else, you’re taught that in order to survive in these male dominated spaces to become one of the men. For me, one of the most fascinating things about [Effa] is that she’s like, ‘I’m here and yes, I’m confident. But also I’m doing it my way. I’m not playing by y’all’s rules.’ It is possible to change history. It’s possible to do a new thing. But in order to do that you’ve got to be willing to not do what everybody else is doing. You have to be willing to go against the grain, to piss some people off. You know, good trouble. If you’re a woman and you’re in a room with a bunch of men, you’re special.”

Baseball’s Leading Lady is a journey into Negro Leagues history through the eyes of a Black woman who not only loves the game, but sees a bright and diverse future for it – all inspired by Effa Manley.