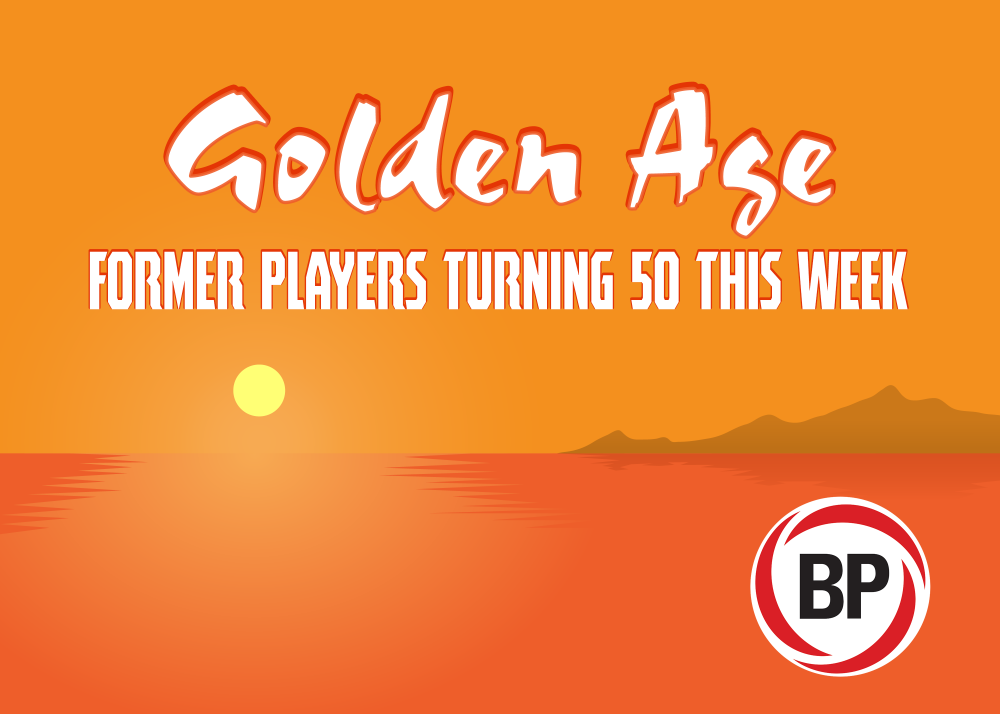 Welcome to Golden Age, the authoritative voice on former major leaguers who are turning 50 years old every week. Whether you recall the player or don’t, no doubt you will age yourself in the process. Feel free to read the whole thing in one sitting, or a little on each appropriate day. There are literally no local ordinances against either habit.

January 2: Happy 50th birthday, Rick Greene
A College World Series champion from LSU, Greene was a first-round pick in 1992, two spots behind Ron Villone, with whom he pitched alongside on the 1992 Olympic team. The reliever couldn’t make it onto Detroit’s big league team for years, which is a shame, because did you see those teams? Nonetheless he was traded to Milwaukee in a Bryce Florie deal, then signed with the Reds in ‘99. Far from a career year, he nonetheless earned a call-up and pitched in exactly one game in relief of … you guessed it, Ron Villone. His cup of coffee began with one out in the first and lasted 5 ⅔ innings, earning him the local broadcast’s “Red of the Game” honor and awarding him a $50 gift certificate to a local restaurant. Admittedly, it was a different time.

January 4: Happy 50th birthday, Chris Michalak
Michalak was a stunning caricature of the well-traveled crafty lefty and one of the first to be in both the Diamondbacks and Devil Rays organizations. Beginning his pro years as an Oakland farmhand, he debuted with the expansion Diamondbacks, then made a much better first impression three years later in the Blue Jays rotation, going into Yankee Stadium and tossing five shutout innings. That year (2001) would be his most productive, though it ended with an August waiver claim by Texas—the standard crafty lefty migratory pattern. He poked his head back into the majors in ‘06, helping the Reds with a late-season surge to win the NL Wild Card, though unsuccessfully. He officially played in the minors for 16 different seasons with 13 different orgs.

January 5: Happy 50th birthday, Jason Bates
Perhaps the most obscure Opening Day Rockies starting second baseman (no offense to Jayson Nix, it’s the superfluous Y that gives you away), Bates has the distinction of being the first Rockies draft pick to reach the majors as a position player. Selected in their initial ‘92 Draft, Bates debuted in 1995 on Opening Day as a defensive replacement in the ninth inning of a 13-inning game, which is a heck of an introduction. He would spend four seasons as the team’s go-to bench player, hitting lightly and filling in nightly, ultimately helping the franchise make their first postseason appearance. A foot injury ultimately led to the denouement of his career after the ‘98 season. He is also the preferred plural form of Jason Bateman.

January 6: Happy 50th birthday, Eric Moody
Moody definitely looked like Justin Verlander if he was red-haired, but nobody made this comparison because Verlander was only 14 at the time of Moody’s lone season in the majors with the Texas Rangers. He mostly showed up in long relief down the stretch of the ‘97 season, starting exactly one game (the second of a doubleheader). He faced four future Hall of Famers (Thome, Griffey, Edgar, Piazza) who went a combined 0-for-6 with a walk and a strikeout, and those are the kinds of numbers you casually drop into conversations when you had all of two months in the show.

January 7: Happy 50th birthday, Frank Menechino
Somehow a diminutive second baseman from Staten Island didn’t come up with the Mets or Yankees. Seems like a glaring omission. Initially in the White Sox system, Oakland yanked him in the minor league phase of the Rule 5 draft in ‘97 and turned him into the second baseman of their Moneyball-era resurgence, which makes sense because he did have a rather high rate of reaching on ball four. In the truest sense possible, hey, he really was walkin’ here. His on-base acumen led to a couple more seasons with the Blue Jays before he wrapped his career with a stint in the Italian Baseball League. Today he’s back in the org where it all started as the White Sox hitting coach.

January 8: Happy 50th birthday, Jason Giambi
We’re forever chasing the modern likeness of Babe Ruth, and for a few years we had one. At the turn of the century, the “face of baseball” was a greasy, burly, uncouth individual who could swat dingers and lay off sliders. He started as a third baseman and was briefly an outfielder before settling on first base, the one position where he couldn’t screw up. His career can be neatly split into three acts: the outspoken bad boy in Oakland, the extremely rich but more hygenic slugger in New York who almost certainly cheated by taking steroids, and the contrite yeoman in Colorado and Cleveland. Each chapter had its own intrigue.

He had a terrifying left-handed swing but was dogged by steroid rumors (particularly the BALCO scandal) during his Yankee years. When he finally fessed up to HGH use in 2007 (his last in the Bronx), he exorcised some demons and the honesty extended his playing career as a platoon bat. He’d keep hanging out in dugouts until age 43, sporting a short gray beard that, for lack of a better description, was exactly how an old Jason Giambi should have looked. The HGH admission torpedoed his already borderline Hall of Fame case, but still ranks among the top 50 in career home runs with 440, and as is the case with most steroid-era first base sluggers, is wistfully remembered with a gentler eye.

You need to be logged in to comment. Login or Subscribe
callison6
Awesome, funny, wistfull article. Keep them coming. As an aside to Jason, I fondly recall his brother during his brief tenure with the Phillies (when he hit like crazy and also had an OBP will north of .400; but really looked like a DH in the field, and could not run worth shit. One day we were entering old Vets Stadium through the players entrance, for once, because the borrowed season tickets included a preferred parking pass. As we entered, the usher pointed to a scantily-clad, tattooed, heavily made up young lady ahead of us. “That’s Giambi’s babe”, he explained. Thus allowing me to acquaint my curious sons with the term “ridden hard and put away wet” in its proper (if sexist; although not necessarily derogatory, and conceivably applicable to a male stallion from his female counterpart...) context.
Reply to callison6