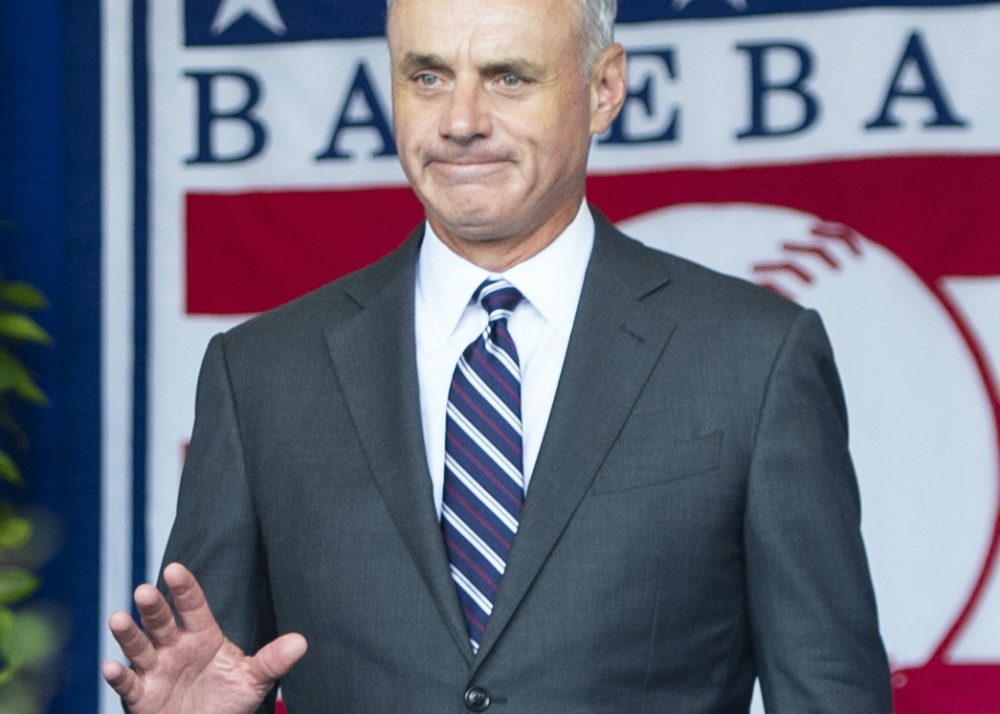 This article was originally published on May 18.

Over the weekend—hey, nobody does anything on Saturday nights anymore anyway—the Associated Press reported that MLB, in a presentation to the Players’ Association, claimed that paying player prorated salaries, as was agreed in late March, would “contribute to an average loss of $640,000 for each game over an 82-game season.”

The league prepared a 12-page document entitled “Economics of Playing Without Fans in Attendance,” dated last Tuesday. AP reported on the document, which I haven’t seen. So I’m going on the AP report. The reporter. Ronald Blum, is a good one, so I have confidence that he got it right.

I’m going to list a lot of problems with the MLB analysis, so let me get this out of the way. Some of you are going to accuse me of being anti-capitalist. I had a career on Wall Street recommending the stocks of for-profit healthcare companies to mutual funds, hedge funds, and pension funds. I’m as capitalist as they come. But one of the things I learned on my job was that you should never, ever, take anything management says at face value. I’m going to analyze this as I would any company document.

You’ll recall that back in March, MLB and the MLBPA agreed that, in case of a shortened season, players would receive prorated salaries. If the league plays half of the 162-game schedule, the players would get half pay. If there are 100 games, they’ll get 100 / 162 = 62 percent pay. That sort of thing. But the owners want to renegotiate the terms, given that the current plan is to open with nobody in the stands. I’m not going to comment on that, or the wisdom of holding a season. I’m just looking at the league’s presentation. I’m going to divide this into three issues.

The Big Picture. Something jumps out here. As I’ve written, the gold standard for public information is the report compiled annually by Mike Ozanian at Forbes. We can compare some of the league’s numbers with the Forbes numbers.

Hold on. MLB says teams generate operating income of $250 million? Forbes says it’s more than six times as high. The onus is on MLB to explain where that $1.25 billion went. I can understand a difference of a few million. But over a billion?

The Details. The AP article lays out the hits that MLB anticipates. Local media revenue would drop proportionately, the league says, from $2.3 billion to $1.2 billion. That seems right, assuming teams are paid for only live games, not the archived ones we’ve been watching since March. A $1.1 billion hit.

But salaries, projected by the league at $4.366 billion (which, again, seems high) would fall by $2.156 billion, to $2.21 billion. MLB uses a higher figure of $2.36 billion that includes prorated signing bonuses, termination pay, and buyouts of declined options. Prorated signing bonuses are noncash and the other items are sunk, not ongoing costs.

Then there’s national media money and sponsorships. Those, per MLB, account for 36 percent of revenue. For a $10 billion business, that’s $3.6 billion. MLB expects $1.79 billion for national media in an 82-game empty-stadium season. Cut sponsorship by 80 / 162 and they lose $543 million.

So here’s the tally:

I didn’t add those up, for a reason. MLB wants to renegotiate with the players because of empty stadiums. They had projected local revenues of $6.08 billion. Of that, $2.3 billion was going to be local media, so they were expecting $3.78 billion of other local revenue, primarily from fans going to games. That $3.78 billion is now projected to fall to $314 million. But the March deal, with prorated salaries, implied a drop to $1.91 billion in the event of an 82-game season, and MLB was OK with that and the other reductions to revenues (and the bottom line). Now they’re saying that empty ballparks are a game-changer. Really? Compared to the Arizona/Florida plan, with fans attending games in spring training facilities, when they were floated? What would local revenues havebeen under those circumstances? Half of what MLB had budgeted for a normal 2020 season in MLB parks? A quarter? Less? How much worse is MLB saying an 82-game stadium played in front of nobody will be compared to games in spring training facilities? A few hundred million?

All told, MLB’s 12-page document points to a reduction in revenues (and therefore, profits) that is steep in the event of a shortened season. But that’s primarily due to a shortened season. Playing in empty stadiums increases the reduction by relatively little compared to prior plans. Most of the revenue hits were going to happen whether or not there were fans in the stands.

The Nitpicks. These seem minor, but I’m building to something.

The reason these nitpicks are important: they portray MLB as sloppy, ignorant, and/or deceptive. It doesn’t matter which one. MLB is a private company and is not subject to the same reporting requirements as the companies that I followed. But how comfortable would you be negotiating with a party that makes representations like these? When it claims that it made one-sixth the income in 2019 that a reputable third party has reported?

You can get away with this sort of thing if you’re doing PR. It’s unacceptable in a negotiating document. The presentation that AP reported is full of omissions and misinformation. It’d be rejected by the professional investors I knew. Presumably, the MLBPA will have the same reaction.

You need to be logged in to comment. Login or Subscribe
John Johnston
And unions don’t lie? Pull the other one.
Reply to John
Cary Burnell
Nice analysis. Well done.
Reply to Cary