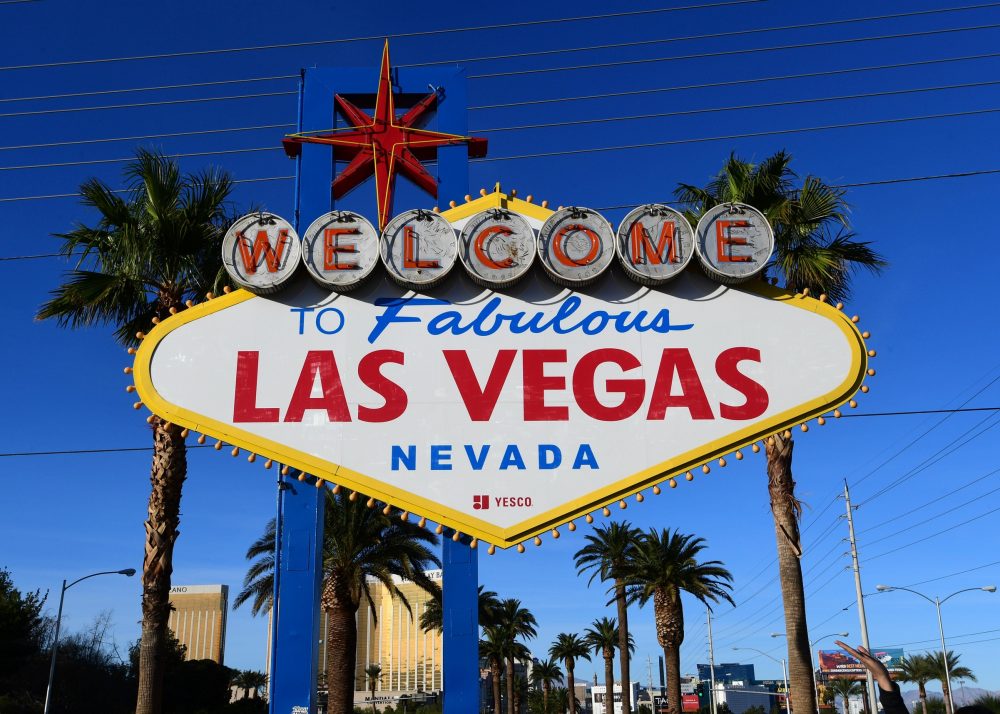 This article was originally published on Feb. 12.

Betting futures is for squares. This is a commonly-held belief among professional sports gamblers (known throughout the betting world as “sharps”). There’s rationale behind this. Futures are of great appeal to amateur bettors. Year after year, Vegas takes advantage of visitors eager to throw down a chunk of change on their favorite team to win X. “X” often being a championship, but sometimes just something incredibly specific, such as a certain number of wins.

The way they take advantage of these amateurs is by charging a higher-than-usual vig (think of it as an interest rate on a bet; you’re not betting $10 to win $10. You’re betting $10 to win $9.09 or something of the sort) on bets that are generating a lot of action.

When it comes to over/unders, the action comes on the over to an overwhelmingly high degree. Those out-of-town amateur bettors I mentioned? They’ve come to bet on their favorite team, of which they’re supremely confident is going to prove the doubters wrong. Thus, as Jeff Fogle of Vegas Insider notes, if you add up the win totals set by Vegas, you get an amount higher than the 2,430 wins that will actually take place during the season. At present, Bovada.lv’s win projections (plus separate but likely similar win totals for the Red Sox and Dodgers from separate sportsbooks because of the fallout from the Mookie Betts trade) add up to 2,447 wins, which is 17 more than we will see in 2020.

If you’re inclined to bet MLB win totals, unders is a solid strategy. But what if we incorporated PECOTA in said strategy?

PECOTA already has a pretty solid track record in projecting over/unders correctly, but with a catch. If you bet with PECOTA on every single team a year ago, you wouldn’t do so hot. 11-19, as a matter of fact. Instead, you need to narrow your focus. Each year, there are various teams on which PECOTA and Vegas disagree, sometimes vehemently. In this case, we’re focusing on teams in which the difference between the two is three or more wins.

The last three seasons, there have been 32 instances of PECOTA and Vegas disagreeing by three wins or more. If you bet with PECOTA in each instance, you’d have gone 22-10.

That’s a 69 percent win rate, a strategy that would have you feeling quite nice had you followed it in Vegas.

So, what if you stuck to the strategy that allows you to win the most money: betting unders? In this three year sample, of the 32 teams where PECOTA has disagreed with Vegas, PECOTA has been lower on the team than Vegas 17 times, compared to 15 where it was higher. It went 12-5 when it was lower, and 10-5 when it was higher. Good at both, it turns out, but when you consider the vig associated with the two figures, you’d still make more money betting the unders.

That brings us to 2020. The last two preseasons—likely in part because of the less-than-active offseasons—offered only 16 total instances in which PECOTA and Vegas disagreed. This year? 16 of our projections were drastically different from those currently listed on Bovada.lv. (To simplify things, we’re rounding PECOTA’s standings projections to whole numbers). First, the 14 close comparisons:

* – Bovada.lv temporarily took the Red Sox win total projection off the board following the Mookie Betts trade. This projection is courtesy of FanDuel’s sportsbook.

There isn’t a lot to be gleaned from this random assortment. The list spans the 99-win Yankees all the way down to the 68-win Giants. It  projects three division winners (Yankees, Mets, Reds) and three last-place finishers (Mariners, Pirates, Giants).

Now, to the major disagreements. If you want to follow our “bet the unders” strategy, you’re in luck. Of the 16 teams with a disagreement of three wins or more, PECOTA likes the under 10 times. The complete list:

* – Bovada.lv temporarily took the Dodgers win total projection off the board following the Mookie Betts trade. This projection is courtesy of FanDuel’s sportsbook.

It’s worth noting that in the three-year sample we’ve been referencing, PECOTA and Vegas have only once disagreed by more than 6.5 wins. This year alone we have four instances where the disagreement exceeds that amount, including a whopping 12.5 win difference on the Tigers. In fact, the six teams PECOTA is higher on than Vegas are all extreme examples. We have four bottom feeders (Tigers, Orioles, Marlins, Royals) and two juggernauts (Dodgers, Astros). Why is that?

The simple answer is to say that, well, PECOTA is wrong sometimes. But more specifically, as Harry Pavlidis notes in his introduction to our standings projections, PECOTA does not “pick” a team to “win” any number of games. Instead, it identifies a range of possibilities and tells you the average of that fairly wide range. The Tigers, for example, win anywhere from 52 to 87 games in our 1,000 simulations. That’s a 35-win difference!

Likewise, teams on the extreme ends of the projections are tougher to predict because it’s impossible for PECOTA to foresee the type of player movement those teams are likely to undertake throughout the course of the season. The Tigers, Orioles, Royals, and Marlins all lost 100+ games a season ago and are all likely to come close to that number again in 2020, even though PECOTA isn’t predicting it. Part of the reason for that is because they will be selling off whatever valuable assets they have as the season goes along. Similarly, the Dodgers and Astros will presumably be in positions to add assets, boosting those win totals.

Thus, if you’re betting with PECOTA, those six might not be the smartest bets. That’s not to say you should bet against PECOTA, as even if the projections are way off, it would still take just 57 wins in Motown to turn your under bet into a loser.

The teams PECOTA is low on are far more interesting anyway. Not surprisingly, six of the 10 were the subjects of Rob Mains’ “Why PECOTA Hates Your Team” article from Tuesday, and there’s an understandable amount of consternation among the fan bases of the Padres, Diamondbacks, Athletics, Phillies, Braves, and Cardinals over their totals already. Add in the Rays, Nationals, Brewers, and Rangers, and you have a motley crew of projected underachievers relative to what Vegas thinks.

But PECOTA doesn’t have to be right for you to win. Remember, one year ago most of the conversation around our algorithm was about the fact that it projected the Cubs to win just 79 games. I mentioned earlier that there was only one disagreement of more than 6.5 wins in the last three seasons. This was that one instance. A year ago, PECOTA had the Cubs winning 79 games while Vegas’ over/under was 88.5, a 9.5-win difference.

It turns out, PECOTA was wrong. The Cubs won 84 games. Five more than our projection. However, they went under their win total. Thus, if you followed our model and bet the under based on their PECOTA projections, you won!

And that’s the root of all of this. The Cardinals don’t have to win 80 games for you to win money off an under bet on them. They can win 87. If you bet the under on the notoriously-PECOTA-hated Athletics, you cash if they win 89 games.

Take those 10 teams. Throw $10 on each of them to go under their win projection. Come back to me at the end of the season and let me know how you did. If history is any indication, we’ll have turned a profit. You’re welcome.