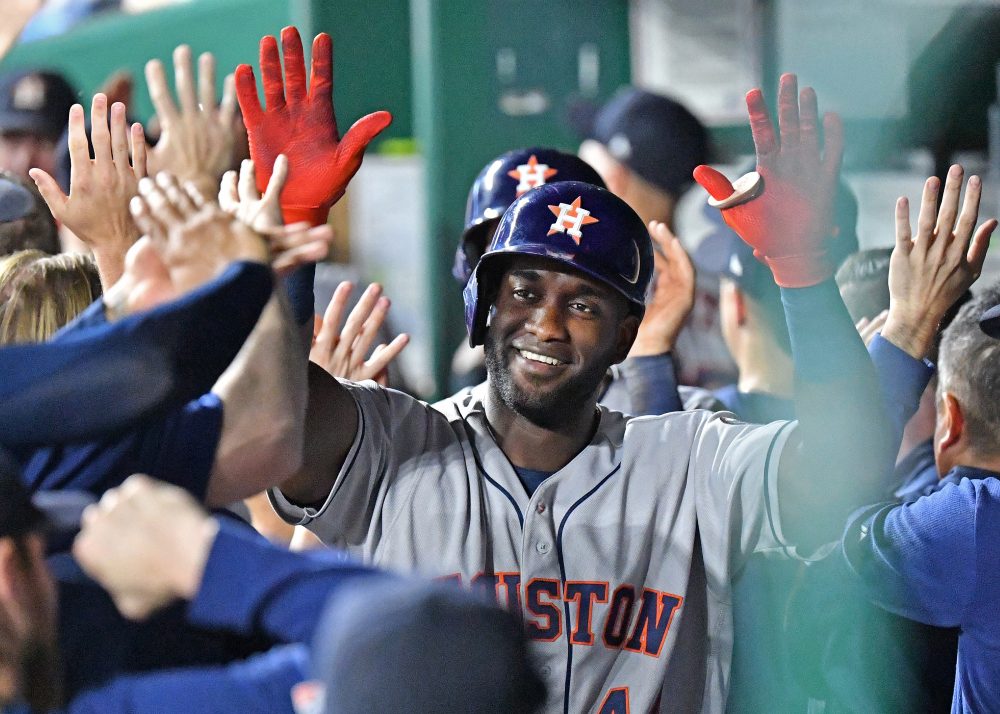 This article was originally published on Dec. 10.

As if there already weren’t ample data points to support the idea that I’ve lost touch with reality, surely the title of this piece confirms my complete flight into delirium. Memorial Day is … in May, you patiently explain to me as you would to a confused toddler just waking from a nap.

What could I possibly mean by talking about Memorial Day when the world (at least the world that is still open and doing business) is awash in the red, green, and snow white of Christmas? Many of you will be drafting for the 2021 season soon, if you haven’t begun already. In your rational mind, you know that the 2020 season was a paltry 60 games and should be heavily discounted. Yet, the mind is a tricky thing, and it wants to think of the 2020 stat lines as “seasons.” (Look—they’re on their own line! Right below the 2019 line!) The danger here, of course, is that you would overvalue a sample that, even for players who maxed out their possible appearances in 2020, is little more than a third of what we usually apportion to a season.

So, my mental tip for you is this: Don’t think of valuing players as if they’ve just played a full season. A 60-game sample, in a regular season, would take you into the first part of June. What you really have to look at are player performances right around the Memorial Day checkpoint. When you are looking at, say, Christian Yelich or, on the flip side, Fernando Tatís, Jr., don’t treat their 2020 logs as “seasons.” Instead, treat them as roughly two-month samples. Then, think about their value as you would a player who was running either hot or cold around Memorial Day. You would be disappointed but likely not overly concerned about Yelich’s cold start; his value would barely budge. You would be excited by Tatís’s fiery two months, but you’d expect some pullback over the full run of summer.

This method is simply a way to put 2020’s sample in context. Of course, it’s not exactly like Memorial Day. Players will be a year older, team contexts will change, injuries may have happened, and there may be some legitimate improvement or degradation of skills. But, as a rule of thumb, valuing your players as if they were two months away from the start of the 2020 season, rather than a full calendar year, might represent a useful zig to the zag of breathless takes generated from a sample that may, in many cases, be ear-splittingly noisy to the point of nonsense. By pretending that a player is simply entering the long stretch of the season after a hot or cold start, we can throw up some guardrails to the lures of recency bias and avoid excessively high or low valuations of players who may have had an outlier two months in 2020.

What I’ll do below, then, is look at two players within a few slots of current ADP and imagine the pair as a possible trade in “early June” of a hypothetical full 2020 season. Put your mind in that Memorial Day frame: The indicators may mean something, but the season is still young. Which side of the deal would you prefer? (ADPs are based on 23 Draft Champions leagues from October 1 to the present.)

If you were contemplating an early-June trade of top-five pick Bellinger after a slow, but by no means disastrous, start, you had better be ultra-confident that the two months of ace pitching by Bauer is a new, rock-solid talent level for the righty. Leaving aside any discussion of the, uh, questionable changes to Bauer’s spin rate, you could equally point to ridiculously career-low BABIP of .215 and a ridiculously career-high strand rate of 91 percent. On the Bellinger side: With no real underlying changes to his batted-ball profile, and a very high floor of accumulating stats in a loaded Dodgers’ lineup, I think you’d feel more comfortable selling on Bauer’s outlier two months.

Going at almost an identical ADP (Seager slightly higher if we add a couple of decimals), the oft-injured shortstop and the aging ace would make an interesting trade possibility in a hypothetical June. Seager’s breakout looks completely legit, but one would still contemplate selling high after putting a career-best two months in the bank. Would Scherzer be a fair swap? The 3.74/1.38 ERA/WHIP is disconcerting, to be sure, but this seems largely the product of career-highs in HR/9 (1.34) and BABIP (.355). The velocity and strikeouts held firm, even if health and a slight erosion of skills is a worry. Should regression tip the right way, however, you’d have an SP1 and top-10 overall starter for the remaining four months of the season.

We throw another aging ace into the trade mix here, as he goes up against a phenom who had an interstellar Aug…er, “April,” and crashed resoundingly back to earth in “May.” In his most recent four weeks, Robert slashed .153/.255/.235 with a 32 percent strikeout rate. While his talent is undeniable, the short stretch of misery only augurs the inevitable ups and downs that remain on the rookie’s learning curve. Trading for the power/speed combination is certainly tantalizing, but (in a normal season) a true cratering of the hitting could easily see him shuttled back to Triple-A for more minor-league reps. Contrast that to Kershaw, one of the most bankable starters in the majors. You would have seen enough to know that Kershaw is nothing less than effective, even with some velocity loss and age gain. Show me that 62-to-eight strikeout-to-walk ratio and a team whose offense should put him on a 15- to 20-win pace, and I know which side I’d take in redraft leagues.

My hypothetical breaks down a bit with this comparison, as nearly all of Arozarena’s pumped-up value stems from his postseason heroics (though he was stellar in the few weeks of September play). Meanwhile, Springer is coming off two months of a 142 DRC+ (which would be a career high if it were a full season). Even without the speed, and with the uncertainty of his free-agent destination, Springer is one of the most reliable, consistent performers in both fantasy and real baseball. Arozarena may become a superstar, someday. In fact, if he reaches his 90th percentile for a sustained period, he may become George Springer.

Ah, here we have an internecine Astros rivalry: the erstwhile back-end starter/bulk reliever who filled in a rotation role capably, versus the 2019 phenom who has been sidelined by persistent knee troubles, which he addressed via surgery in late-summer 2020. Now, let’s leave aside Valdez and just focus on Yordan for a second. Here is a hitter whose plate skills are upper-crust elite. Power. Patience. Hit tool. If you tell me there’s even a 50 percent chance that surgery addresses his problems at least well enough for him to DH, then you need to walk on by with your Valdez nonsense. Again, to go back to my premise: If you told me that the pitcher with the walk rate close to 6.0 BB/9 had magically become a control technician based on two months of solid pitching, I … well, I would be skeptical. And even if it were true, a healthy Álvarez is a game-changer, a league winner. A pitcher like Valdez just … isn’t.

I think you see where I’m headed with this. To my mind, the early draft data suggests a market whose sense of time is out of whack (understandable, because 2020). But the lesson here is this: Think of two months as two months, not as something that approximates the scope and importance suggested by “a season.” Let’s check back on these trades around Labor Day—I mean, Memorial Day—I mean, c’mon, you know what I mean.