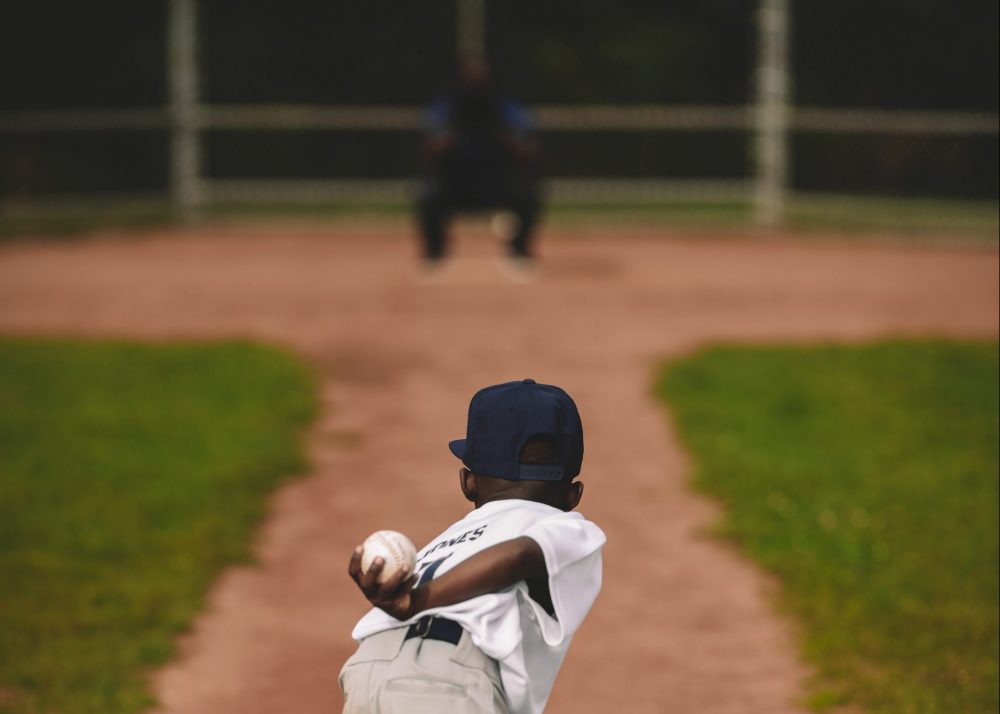 This article was originally published on Aug. 28.

It is with a heavy heart that I’m writing to tell you we’re still fighting the same fight you were all those years ago. Black people in America are still faced with systemic racism and police brutality. In late May, a Black man named George Floyd was killed by police in Minneapolis. A police officer kneeled on his neck for nearly nine minutes.

I still haven’t watched the video. I can’t bring myself to do so. In the weeks since Floyd’s murder, Americans all over the country have been protesting racism and police brutality. I haven’t been able to pull myself away from social media. I’ve been captivated by the way the movement is being televised, devastated by the number of people who think watching a murder on a loop is okay, and enraged by, well, pretty much everything else.

In Louisville, Kentucky, a Black woman named Breonna Taylor was killed by police who were executing a no-knock search warrant. We have seen no semblance of justice on the horizon. Every day, thousands of people cry out for her life to be remembered and justice to be served. It is a reflection of the state of this country that Breonna and countless others are trending topics, names on shirts and memorials, and not alive.

I wish you were here to tell us where you stand, but I believe it isn’t much different than when you wrote,

“How the world can wonder at riots in Harlem and Bedford-Stuyvesant when American justice, down-South and up-South continues to countenance complete forgiveness of murders of the Negro people, it is difficult to understand.

Those who preside over those who put into practice such “justice” are as guilty of inciting violence and murder as anyone in the land. For, ignore it if you like, the truth is that the time will come when the Negro, all over this country, will finally find his patience worn so thin that he will have no choice but to rise up and retaliate. None of us want to see that day.

No one will be glad when it comes but come it must if something drastic is not done to curb the unbridled murders in the South and the slightly more subtle murders in the North which pass under the guise of police vigilance.”[1]

These are all equally American things; some of this country’s most enduring traditions. The thing about racism is, it sticks to you like a night in a smoky bar. It gets deep in the fabric of your clothing. It gets in your hair. You reek of it. That’s where we are. Racism is deep in the fabric of America. There aren’t enough showers in the world to wash it out.

As a Black baseball fan, I waited to see how the baseball world would respond. Not because I hoped they would say anything profound, but because I knew they would absolutely fumble the opportunity. Team after team posted words on their e-letterhead, typically just a colored square with the team’s logo, mostly saying nothing. PR departments have had years to prepare for these instances; we’ve been seeing them for decades. You see, state violence against Black Americans is as old as baseball itself. I know you know this as well as anyone, Jackie, and yet Major League Baseball and its teams often use you out of context the way mainstream America uses Martin Luther King, Jr. It’s almost as if they’re chastising Black people with your image. Trying to shout down our complaints with your memory.

Sometimes I wish you were here to correct this ahistorical telling of events. In 1965, you somehow saw the future, Jackie.  You knew even then, that America would not change. That police brutality and other forms of racism and injustice would endure. You also seemed to know that the time would come when there would be a “new Negro”. You forewarned us “He is unafraid to die. He is intolerant of the virtues of patience…”

“Someone – many someones – better learn how to speak the language of the new Negro. The power structures of the cities and states and the federal government better get the message which burns in the hearts of this new Negro. The civil rights leadership will have to learn how to communicate with them better – and they can start by learning how to communicate with each other better.

For decades, Black people in the United States have cried out in various ways about the injustices we face. For decades we’ve been told to protest the “right way” which really just amounts to a way in which non-Black people aren’t made to feel uncomfortable. But protests are supposed to make you uncomfortable. They’re supposed to inconvenience you. You see, peacefully protesting never really got us anywhere so recently things got a lot louder, a lot more intense. Black Americans along with allies from differing backgrounds have taken to the streets daily for weeks tearing down statues of known racists throughout history, creating murals honoring those killed, chanting, singing, dancing, crying. All completely and valid forms of protest, yet each time, they are met by police brutality.

Isn’t that incredible, Jackie? Police officers are defending their right to harass citizens, to kill with impunity. Why is trying to end racism so controversial? Why is asking that police not be above the law, being met with so much opposition?

Honestly, Jackie, while we’re here I may as well tell you that the League hasn’t done much to change since your playing days. Every team has retired your jersey number. Every year there’s a league-wide celebration of your barrier breaking debut. But they don’t really do much to uphold your legacy. The annual celebration has become more and more about the league celebrating itself instead of reflecting on how they still regularly contribute to racism. The number of Black American managers is so few. The number of Black Americans within organizations and in the stands is abysmal. The number of Black Americans playing the game is dwindling, although, the number of today’s prospects do offer a glimmer of hope. While no small part of me yearns for optimism for their futures in the league, reality–both recent and long past–dictates a more uncertain, troubled outlook. Not because of anything the players themselves have done or not done, but because the culture of the sport is so toxic. The owners, the commissioner, front offices; they’re all complicit in making the day-to-day experiences of non-white players incredibly difficult.

I know everything sounds terrible by my account, Jackie, but maybe…perhaps, we are merely in the middle and not the beginning. There’s also what feels like an awakening happening. People are paying attention. Changes may be on the horizon. The up and comers in the league are different. Different in the most incredible way. The league was saying “let the kids play” but still allowing things like unwritten rules to be a part of the game. But these “kids” are saying no, they’re pushing back, they’re having fun playing baseball. They’re dancing and singing in the dugouts. They’re rocking partially buttoned jerseys and gold chains. They are… being their whole selves and the energy is contagious. Hopefully one day what they bring to the game will be the standard and not the exception.

But alas, I have kept you for far too long. I hope you are well wherever you are, Jackie. I hope you know your legacy lives on. Not in polished marketing campaigns or whitewashed commemorations, but in these players who fight for their place in the game and their place in society. Your work won’t be forgotten, not only because of its lasting impact, but because things aren’t that different yet.