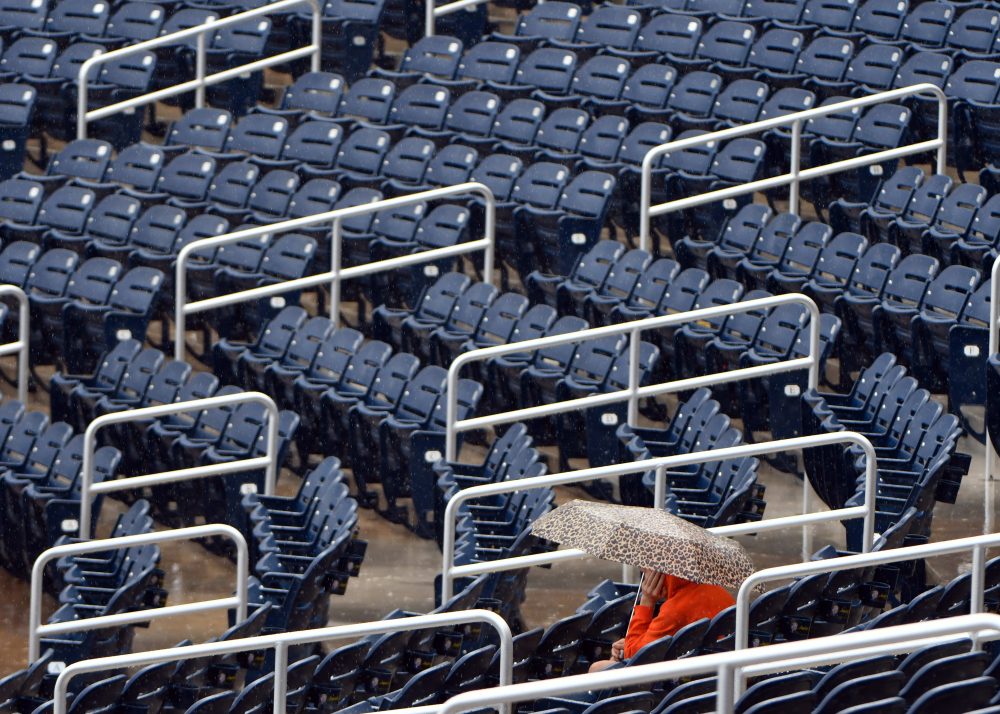 This article was originally published on Aug. 28.

Earlier this month, I wrote a column wondering what the point of all this is. My conclusion was that this fantasy baseball season is pointless. Most of what we’re doing is for fun and escapism. Trying to assign too much meaning to the results of a fantasy league in 2020 is a dubious exercise.

Later today, baseball will have reached the halfway point of the 2020 season (on average, not all teams have played at least 30 games). As we are now exactly 30 days away from the scheduled end of the regular season, there is a lot more confidence in the legitimacy of the season than there was three weeks ago. But should there be?

TGFBI is an acronym for The Great Fantasy Baseball Invitational, a “league of leagues” devised by Justin Mason of FanGraphs. It consists of 29 unique leagues of 15 teams apiece, which makes for 435 competitors. Each league has an individual champion, and the team with the best showing among all 435 teams is the overall winner.

The reason Smada’s question matters is that TGFBI held its 29 initial slow drafts in February, with the last draft wrapping up in March. When baseball officially commenced plans to resume its 2020 season in July, the decision was made to not redo all 29 drafts. For leagues that held off and decided to draft later, this question isn’t as relevant. Yes, there have been plenty of unforeseen contingencies that have made running a fantasy season challenging, even in leagues that drafted late. But in leagues that drafted pre-COVID, it is difficult to make an earnest case that your results will matter nearly as much as they would in a normal season.

Not all leagues are the same, of course, and how seriously you should take the results in any league that drafted in February or early March is contingent upon your league size, format, rules, etc. Here are a few factors that I’d consider when trying to weigh how seriously you should take your league’s results in 2020, and here is how I would rank those factors for TGFBI.

League Size/Importance of Your DraftThe deeper your league, the shallower your free-agent pool will be. In a 10-team mixed league with 22-player rosters, it is easy to quickly re-tool your roster if you suffer a wave of injuries or poor performances. Mixed leagues with 12 teams can be slightly more challenging. When you need to dig deep in 15-team mixed and mono formats, the degree of difficulty increases. This is why I prefer deeper leagues, as I believe your drafting acumen should matter. The results shouldn’t feel like a random race to pick up the best free agents. But in 2020, what I usually consider an advantage is having a negative impact.

Importance in TGFBI: Moderate. It is a 15-team league, so while it is not a complete game-changer like it would be in an -only league, it does matter.

Size of Injured/Reserve ListsThere has been a direct increase of players added to the IL because of COVID-19, as well as a potential increase because of additional injuries due to the quick ramp up to the regular season. Opt-outs also could be added to this list, but the opt-out list was a short one and many of the players who opted out weren’t high draft picks. Nevertheless, the increase in IL pitchers alone is alarming; according to David Schoenfeld of ESPN, through the first 31 days of the 2020 season, a total of 98 pitchers were placed on the IL due to non-COVID reasons. That’s compared to 51 pitchers in 2019. This isn’t an apples-to-apples comparison, as teams have expanded rosters and are carrying more pitchers, but every injury can’t be explained away using this rationale.

If your team has been bitten particularly hard by the injury bug, it puts you in a rough position if your league has a limited reserve/injured list or no injured list. You must decide whether to use valuable reserve resources on injured players or to simply release them.

Importance in TGFBI: Moderate. TGFBI has seven-player reserve lists but no IL. Bench flexibility is important (I’ll get to this below), and being forced to decide whether you should keep an injured player or a useful platoon partner carries some additional weight.

Daily vs. Weekly Free Agents/Lineup MovesIn leagues with daily or, heaven help me, first-come-first-serve transactions, it is difficult to argue too strenuously that “it isn’t fair, there are too many injuries.” Daily free agency offers some protection against bad injury luck. It isn’t perfect—and once again the deeper your league, the less this mechanism helps—but unless you’re in an -only league, the ability to maneuver your roster on the fly offers some protection against injuries … or teams losing an entire series or more due to a COVID outbreak or positive tests.

If your league has weekly free agency but daily lineup moves, this somewhat mitigates finding out on Tuesday afternoon that two entire major-league teams cannot play. It is not as ideal as daily free agency/waivers, but being able to plug someone into your lineup at the 11th hour is better than taking the zeroes.

Importance in TGFBI: High. TGFBI has weekly FAAB. Losing a player on a Monday and having to wait nearly an entire week to replace him has a significant impact. TGFBI does allow for mid-week lineup changes, but only for hitters.

TradesKeeper leagues sometimes have trade deadlines in late July or early August. In leagues with early trade deadlines, keeping the deadline the same would have been silly. This is less of a factor in non-keeper expert leagues, where the deadline is often in late August or early September. And in TGFBI this wasn’t a factor at all, as TGFBI is one of the rare leagues that does not allow for trading.

Loss of Pitcher Wins/Reduced Pitcher InningsConventional wisdom anticipated a drop in starting-pitcher innings at the beginning of the season because of the short summer camp. If you drafted in June or July, instead of February, this is something for which you could have adjusted. In leagues that didn’t redo their drafts, there is a chance that you may have lost some win opportunities on a starter-heavy team.

Importance in TGFBI: Low. Sure, you might have drafted more relievers at the beginning of the season and then eventually streamed more starting pitchers later. But this feels like one of those random things that impacted nearly everyone equally and mostly evened out over time. Reliever wins are next-to-impossible to anticipate, so drafting a team of mostly relievers was of marginal benefit. In deeper leagues, you also eventually need to make up for those strikeouts, so a heavy relief strategy mostly would have backfired.

Weighing all of these factors, how seriously should we take the 2020 fantasy season in leagues that drafted early?

This is a subjective question without a definitive answer, but not very. The primary reason for why we should take 2020 with a healthy dose of skepticism is that COVID-19 wasn’t a player strike, or a natural disaster, or something with a definitive-but-finite impact in terms of time lost followed by a resumption of play with little or no disruption. We are still feeling the impacts of COVID-19. This article did not even address changes like the universal DH, starting extra innings with a runner on second base, or seven-inning doubleheaders. We are playing a radically different game than what we signed up for in early March.

The optimal decision for TGFBI would have been to redo the draft in late June to address the new reality as much as possible. However, it is understandable why Mason didn’t want to attempt to get 435 people to agree to 29 separate slow drafts in such a short amount of time. Alternately, a thorough examination of the rules and sweeping changes to alleviate some of the roster issues outlined above would have helped. Some combination of daily lineup changes, deeper benches, and daily FAAB for this season only would have made a lot of sense.

I’m still enjoying this season as much as I can, but the conclusions that I drew earlier this month have only been reinforced as I continue trying to play out this bizarre season. Winning will be fun and losing will sting, like always. But this will be a difficult, if not impossible, year on which to base any conclusions or dive deep into trends that might impact my process going forward.