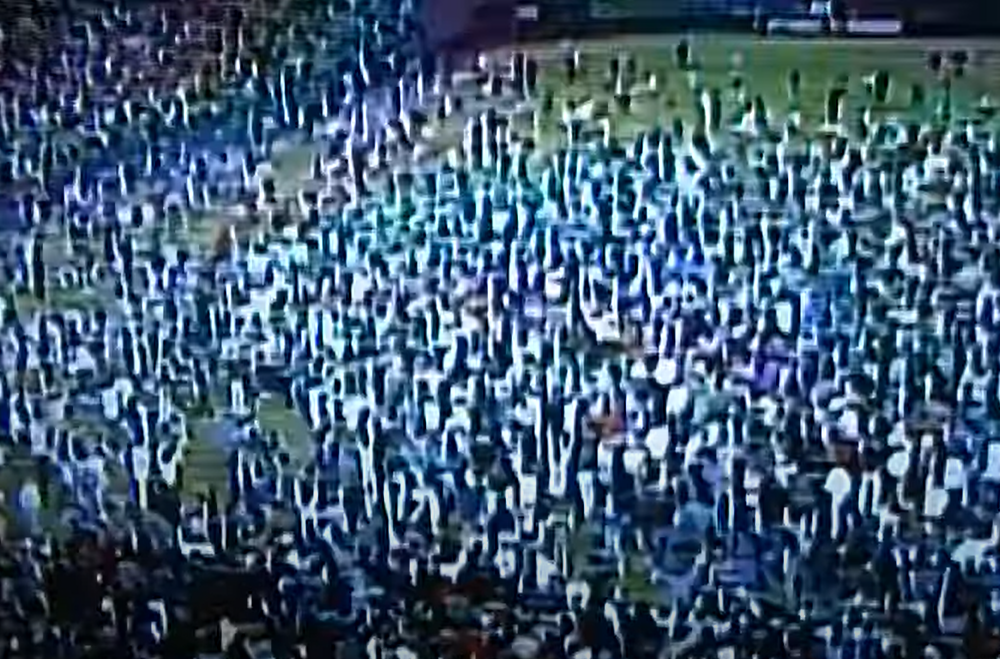 This article was originally published on Sept. 8.

According to the leaderboards, the Red Sox stand atop the American League in errors, with 31. In reality, it’s actually 32. 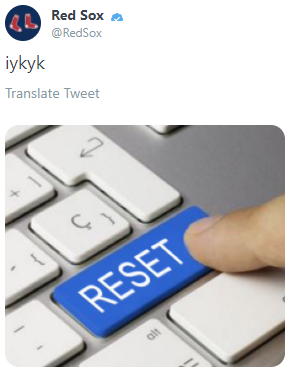 Some context for those not terminally online: IYKYK is one of the newer acronyms around, and it stands for “if you know, you know.” The keyboard relates to one of the not-so-new internet memes around, in which a picture is shown, then a picture of a person hitting an “upgrade” button, then a second picture. In this case, the button was changed to “reset,” to denote that the Boston Red Sox, tied for last in the AL at 14-28 and 22 months departed from a World Series Trophy, are having a successful season.

By offloading popular and talented stars Mookie Betts and David Price, their salary has dipped below the luxury tax cutoff, saving the team’s ownership group, led by John Henry, millions of dollars. They’re the champions of a different set of standings, one that none of us get to see.

My kids are getting into Star Wars. It’s unfortunate, I know, but there’s only so much one can do; the cousin comes over and makes the lightsaber noise with his mouth and it’s all over. They’re contaminated. I was too, once; I watched the original trilogy endlessly, played with the plastic action figures and starships that are now worth more than my car. Like everyone, I felt the thrill of the title crawl of Episode One, and then felt the opposite of that thrill 136 minutes later.

It’s hard to communicate exactly what it felt like on May 18, 1999, especially to someone who entered the universe through the mirror-polished, surfaceless modern iterations. Phantom Menace, like New Hope before it, felt bigger than it was, clumsy as its screen wipes and wooden Jedi dialogue were. (Today, nothing is beyond the horizon of a cinematic universe, because of the expansive nature of the wiki.) The prequels are not good films, but there was one thing that made them compelling: the fall of Anakin Skywalker. We all knew how it ended. What we all wanted to see is how they were going to pull it off.

Lucas didn’t, of course. There are a lot of reasons; at the time, the blame fell primarily on Hayden Christianson, though in retrospect it’s a lot easier to blow up planets with crummy dialogue than it is to develop character. But the other factor is that the fall, central to so many grand narratives, is actually just really hard to write. Take Macbeth; he’s supposed to be a good guy who gets talked into stabbing his pal for the sake of power, but Shakespeare doesn’t really do all that much to sell the goodness before he gets to the stabbing. And besides, a man who’ll stab you the moment your back is turned probably was bad while you were still facing him.

Then there’s Breaking Bad, an example of the modern opposite: the show does such a faithful, slow burn, played by Bryan Cranston with such energy and charisma, that it ends up just dragging the audience along into hell. Most modern villains never quite become villains; they just get treated like antiheroes, even if they never do anything particularly heroic. It’s a razor-shop edge to balance, and most stories fall and end up glorifying strength.

The problem that all these stories encounter when trying to depict the fall of good to evil is an external constraint: They’re compelled to be interesting. The real cause of evil is far more widespread and far less interesting. The truly well-rounded villain is the one that believes they’re the hero, propelled by their own desires rather than existing to foil the protagonist’s. It’s not difficult to imagine, because everyone on Earth already feels this way. Evil isn’t complicated; it doesn’t require a tragic backstory. All it takes is the ability to ignore, or justify, the harmful effects of one’s actions. Money may be the root of all evil, but the fruit is insulation.

By now most fans have grown numb to the spectacle of the empty stadium. But also, the effect was always a bit exaggerated; with the exception of an occasional outstretched limb, the barrier between the crowds and the game has grown increasingly pronounced. Those who spent the extended offseason watching old games and clips will be struck by how often the walls came down like a dam, and fans poured onto the field: championships, milestones, streakers. After just a month, the cardboard faces and empty seats, the umpire echoes and piped crowd noise have quickly overwritten the game’s sense of normality. This is all just a sudden leap on a slow walk from lived-in to remote experience.

The process has long been in transition: the growth of the publicly-funded, luxury-boxed stadium, the guaranteed cable television contract, the rise of external merchandising and partnerships, the real estate, have increasingly disconnected MLB franchises from their original social contract: providing entertaining baseball by selling tickets. Disconnect between on-field performance and revenue led to tanking for future performance, and then tanking for present profits. As baseball teams grew increasingly insulated from the feelings of their own fans, it offers them the flexibility to take the brand loyalty of their customers and test it, stretching it ever further.

That insulation is evident at the very top of the league. In a recent interview with Evan Drellich of The Athletic, Commissioner Rob Manfred entitled himself “the CEO of Baseball,” and that he is explicitly the employee of the league’s owners. He is portrayed as a direct person, especially in comparison to his predecessor, former used car salesman Bud Selig. But the virtue of directness is limited to the virtue of what he’s being direct about, and Drellich himself notes in the piece, his own simple philosophy is at odds with the legacy of the position he inhabits: “Manfred represents a conflict with what the people believe a commissioner should be,” i.e., someone who acts in the best interest of the sport as a sport, not just as a business.

Whether the commissioner has intentionally selected this path for the sport he serves as steward is actually unimportant. What matters is that systems have been put in place to prevent his power from being checked. The common people who disagree with Manfred’s interpretation of the health of the sport have little they can do about it; a boycott is unimaginable in a season where the stadiums are already empty. But even within the organization, there’s evidence that there are few checks on power. One anonymous former baseball executive interviewed by Drellich noted the issues that Manfred faced regarding diversity. His quote: “He has a difficult time dealing with people who don’t think like him. There was no one around the table that I thought would challenge him in any meaningful way.”

It’s a familiar phenomenon for those newly risen to power: they either build a circle out of sycophants, or the like-minded friends who helped establish that stage of authority. “Becoming too big to take criticism” is a universal problem in all realms of society: the uneditable author who writes 1,000-page novels, the head of the local PTA who earned their position through a cult of personality, or the science fiction auteur richer than the nation of Barbados who decided to make a blockbuster film about alien trade negotiations.

Last week, the Boston Red Sox “said the quiet part loud.” There’s been a lot of that going on of late, and it’s an indication of two things: that people have lost touch with why it should be quiet, and because there’s no punishment for saying it anyway. Half of insulation is getting out of touch, but the other half is keeping it from touching you: white flight and suburbanization, gated communities, white collar crimes are proof that it’s always easier to run away from problems rather than solve them, unless society specifically builds it into the system to make them hard. This is what money is for. This is what it’s always bought: an escape from repercussions, from damnation through indulgences to personal safety through military substitutes.

If free agency created an era of disenchantment within baseball, pulling the veil back from the mythology, we’re now watching the sequel with the teams themselves. It’s been happening for a long time, and the usual obfuscations of closed books and poverty cried no longer hold up: There is too much light streaming through the cracks. The ultimate sin of money within sport isn’t the money, after all. We’re Americans; we admire the rich. It’s the notion that wealth diminished the quality of the baseball itself, made players “lazy” and “selfish” and care about money more than winning. Now it’s the teams that are dogging it. It required three movies for Anakin Skywalker to go rotten, but it only took the Boston Red Sox a season and change. There was nothing to stop it from happening.

Manfred and MLB have rightly been criticized for the state of diversity in its leadership and in the sport as a whole. And while the league has taken steps, spending money to establish inner-city leagues and youth sports participation, BIPOC representation still lags at the franchise level, and the league has presented no meaningful proposals to institute systemic change. Which is a problem, but also part of another problem: Diversity is not only good ethically, it’s good for business. Diverse voices and perspectives prevent groupthink and unchecked power. They stop you from publicly refusing to pay minor leaguers sub-minimum wage during a pandemic, or ruining the reputation of your brand for a quarterly earnings report. They prevent The Phantom Menace.