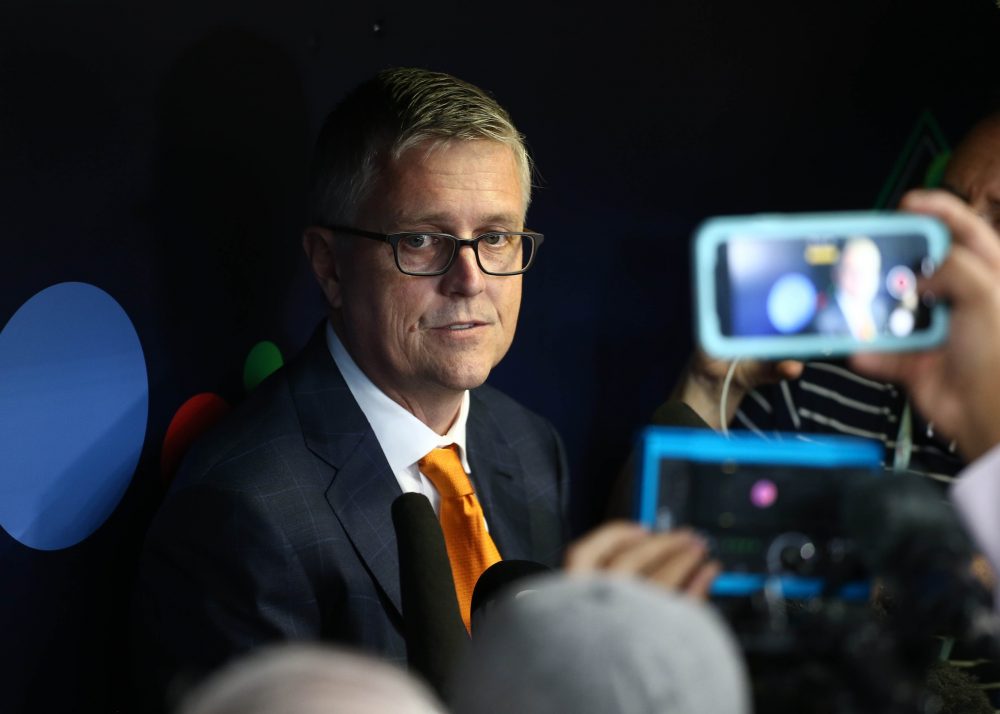 This article was originally published on Jan. 22.

Jeff Luhnow is no longer running the Houston Astros. Major League Baseball suspended him for the 2020 season for his role in the Astros sign-stealing disaster, and then his boss, owner Jim Crane, fired both Luhnow and manager A.J. Hinch as a way of distancing himself from [gestures at everything]. So, Luhnow won’t work in MLB in 2020, and might never work there again. Sure, a team could hire him if they think they can absorb the PR hit, but he could just decide to go work somewhere else instead, too. Luhnow could always rejoin the nightmarish McKinsey as a consultant, or maybe go work for another ex-McKinseyite, Mayor Pete, on his presidential campaign. Or maybe Luhnow will just throw rocks at puppies for a living. He’s got options.

Whether Luhnow comes back or not is of little concern at present. We’ll set that bridge on fire when we get to it. What matters is that his ideas and his ideals are still in MLB, and they aren’t going anywhere anytime soon. Between the growth of the Astros’ management tree, the rise of tanking across the league, the fallout from the sign-stealing debacle, and Luhnow’s plan that helped spearhead the movement for more than one-quarter of Minor League Baseball’s teams to disaffiliate, we’re going to be dealing with the aftereffects of his time in the league for years.

Back in November, Bill Madden of the NY Daily News broke many of the details of the plan to disaffiliate 42 minor-league teams. One of the bits that stood out the most was this, which detailed who was responsible for the motion, as well as who gave it its second and third:

I’m told that when [commissioner Rob] Manfred presented this plan to the owners a few months ago, the vote was unanimous 30-0 to move forward. It was the Luhnow, the godfather of analytics, and the Astros who first conceived of it, and they were quickly joined by the Brewers and Orioles, whose GMs — David Stearns and Mike Elias — both worked under Luhnow with the Astros.

Luhnow immediately being backed by his former assistant GMs—Stearns became the Astros’ assistant GM after the 2012 season, and Elias replaced him when Stearns was hired by the Brewers after the 2015 campaign—is no surprise. All three come from the same background, and because of that have the same obsession with McKinseyian efficiency, the one that’s led them to want to get rid of minor-league teams and players they believe are a waste of resources. However, none of them want to severely reduce their own number of affiliates if, in doing so, another team might gain an advantage just by having more lottery tickets in their organization. The Astros already ditched two short-season affiliates, but that’s as much as they’d dare for now. If everyone cuts down on their minor-league teams, as Luhnow and Co. want, though, then it’s simply back to who can make the most productive minor-league players with their methods. Given the Astros’ faith in analytics and biometrics and the ability to build players without even having them play games, they and their similarly minded counterparts believe they’d then have the upper hand in player development.

The rest of the league might not share the exact same reasoning as this trio, but they still enthusiastically endorsed the plan to get rid of 42 clubs. Between a mix of owners who were happy to save any amount of money, to ones who believe cutting more than 1,000 minor-league jobs will put a stop to those uppity minor-league players asking to be paid more than poverty-level wages, there were plenty of reasons to join forces with Luhnow and his former assistant GMs. They don’t need Luhnow around to still enjoy the fruits of his plan, nor do they need him to push to keep fighting this fight: the owners already smell blood in the water, and that’s all it takes.

Speaking of saving money, it’s what the Astros focused on for most of the first years they were run by Luhnow. Well, losing and saving money, but the two are intertwined. Houston eventually collected enough draft picks and actually spent some money to improve once those draft picks became prospects became big-league stars, and then they won the World Series in 2017. Even with the whole sign-stealing thing muddying the waters until Rob Arthur can fully unmuddy them, the whole avoiding-spending thing has an easy appeal for front offices obsessed with efficiency and owners obsessed with avoiding spending any more than society will force them to. The Orioles, led by Elias, are now trying to be bad on purpose, and are happy to send their players making money away for pennies on the dollar, if only to be rid of the dollars. The Orioles want to be bad. Like, Astros buttslide.gif bad. Only then will they bother to try again, maybe.

It’s not just the O’s, though, with their former Luhnow protégé in charge. Tanking, and to a greater degree, not trying as much as a team could, are rampant throughout the league. Designing teams to lose, or to maybe win only if a whole lot of inexpensive things go their way, is a significant reason for the record numbers of 100-win teams the past few seasons. When just a handful of teams are giving it their all or something close to it, 100 wins isn’t that much of an accomplishment anymore … and the clubs winning 90-plus aren’t as impressive as you normally assume they would be, either.

It has made for a worse game, and while the Astros didn’t invent tanking, they sure got the ball rolling on this iteration to this degree. And again, even without Luhnow around now, the damage is done, and it will continue: the profits are too great to do otherwise, especially at a time when so many fans are, against all odds, pro-tanking instead of pro-trying.

We haven’t mentioned the Brewers in awhile, but it’s not for a lack of content. They played games with Mike Moustakas’ contract for a couple of years to save a few million here and there by declining his options, and now he’s gone, and they are worse for it. They did “well” exploiting the worst of the previous two free agent markets, in terms of waiting, and waiting, and waiting, in order to pounce on the desperation of players like Moustakas; building for 2020 has been a little bit of a different story.

They also, maybe more than any other team that hasn’t been under investigation, have had whispers of sign-stealing surround them. Whispers to the point that SB Nation’s Brewers’ site, Brew Crew Ball, concluded that, given everything we know about the Brewers’ front office and Stearns’ past time with the Astros, that “it’s not far-fetched to think that the Brewers might seek a competitive advantage.” Stearns was already with the Brewers before the Astros reportedly began stealing signs using the video review monitors and a trash can, but even if he couldn’t take the specific strategy, he could take the win-at-any-non-monetary-cost culture that would produce that strategy with him, just as Elias has in Baltimore with tanking.

And if this does indeed seem far-fetched to you, ask yourself why you think so. What integrity does MLB or its teams have right now? Two of the last three World Series champions were run by cheaters stealing signs using video review equipment, and the lone reason we officially know about it as more than whispers like those surrounding the Brewers is because former Astros pitcher Mike Fiers was willing to speak to reporters willing to tell the story. The ball is juiced, except for when it isn’t, but you can barely get a straight answer out of MLB about that, either, and the answers we do have are once again because of media members who told the story. We also still do not have all of the answers we need: The Astros told MLB that another eight teams that they know of were also cheating in ways that should bring an investigation down upon them. One is the Red Sox, but who are the other seven?

Were the Dodgers cheated by the Astros and Red Sox in consecutive World Series, or were they just worse at cheating? Are player breakouts from the last few years real, or are they a product of intricate, tech-based sign-stealing? Will these punishments slow said thievery through fear, or will teams simply adjust their schemes? Are we going to wonder if every magically timed home run, every breakout season in 2020, is real or illicitly aided by some kind of tech that shouldn’t be utilized on the field? How do we separate what’s sign-stealing from the affects of a constantly changing baseball?

I don’t know. You don’t know! All we can know for sure, other than that MLB must hate all of these pesky questions being asked as they enter into sports gambling agreements, is that our skepticism is in large part thanks to Luhnow and the attitudes he brought to the Astros and to MLB as a whole through them. He might be gone, for one season or forever, but the aftershocks he leaves behind will shake the very integrity of the game. No mere suspension is going to change that.

Marc Normandin is the former MLB editor of SB Nation, and currently writes on baseball’s labor issues and more for Patreon subscribers at marcnormandin.com. His baseball writing has appeared at Deadspin, Sports Illustrated, ESPN, Sports on Earth, The Guardian, The Nation, and TalkPoverty.