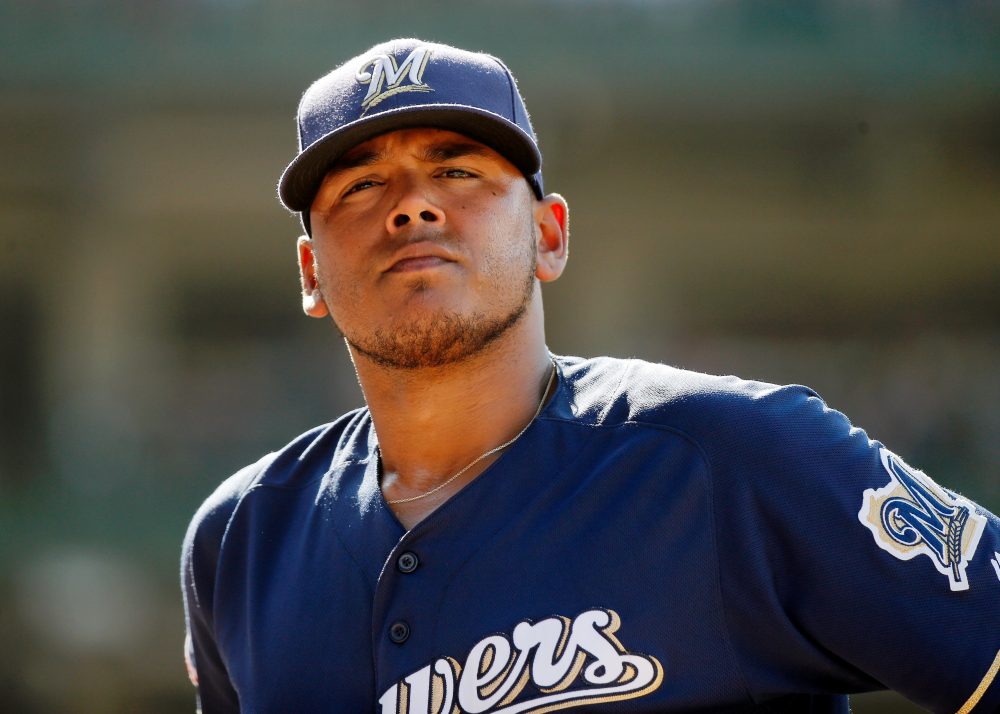 This article was originally published on March 20.

It’s no secret that fantasy baseball nerds love numbers. It’s also no secret that the vast, vast majority of us are not scouts. Thus, when Statcast unveiled many of its advanced hitting metrics, the fantasy baseball community jumped in with both feet. Finally, a way to quantify a hitter’s physical skills! It’s now commonplace to hear fantasy experts citing hard-hit rates, barrel rates, average exit velocities, and so on. While the descriptive nature of those metrics make intuitive sense, I often wonder if Statcast advanced metrics are actually predictive of future on-field performance.

On one hand, as mentioned above, it’s not a logical leap to assume that a higher average exit velocity should result in a higher batting average. It tracks with core ideas about BABIP, too. We also encounter scouts who cite exit velocities for J2 prospects, high-school hitters, and collegiate bats, and we’ve recently heard post-draft justifications of picks based on average exit velocities. I’m not smart enough—and, frankly, I haven’t taken the time to do the necessary work—to doubt that it’s a good idea to use exit velocities to project future performance. It’s just… it just kinda feels like the fantasy community just decided one day that all these metrics were useful for whatever.

This article comes with a lot of regression work and isn’t exactly reader-friendly for those not fluent in statistics (this guyyyyy). However, it does indicate that many of the Statcast advanced hitting metrics aren’t as predictive as we might have thought. It seems that barrel rates might be a bit more useful, but I think the fantasy community (i.e., someone smarter than me) would be wise to determine the predictiveness of these Statcast metrics that we all throw around quite liberally.

Peralta compiled a 5.29 ERA in 85 big-league innings last season. He showed that he could dominate or implode in any given outing. This is perhaps best illustrated by his back-to-back starts in early April 2019. He torched the Cincinnati Reds for eight scoreless innings on April 3, striking out 11 and walking no one. The right-hander only allowed two hits in just 100 pitches. Peralta followed it up by allowing seven earned runs in just 3 1/3 innings on April 9 against the Angels. When it came to the 2019 season, it all just depended on which Freddy Peralta showed up at the park on any given day.

Things didn’t really improve much once the Brewers sent Peralta to the bullpen in June. He had a 4.01 ERA as a reliever on the year. I mean, sure, the 32.6 percent strikeout rate as a reliever is nice, but it came with a 12.3 percent walk rate. Without saves, that’s unrosterable.

That broad-stroke assessment of Peralta’s season, though, masks what makes him an intriguing fantasy play in 2020, in either redraft or dynasty. The right-hander sat 90-92 mph with his fastball for much of the year in 2018, and that was up a tick or so in April and May of 2019. As the season progressed, however, Peralta added velocity. A lot of it. By September, the 23-year-old was sitting 96-97 mph out of the pen and touched 99 mph. He struck out 52.6 percent of batters in 9 2/3 innings during the month of September, and he even dropped his walk rate down to 5.3 percent. You won’t be surprised to learn that he posted a 1.86 ERA and 0.83 WHIP in that same month. Fifty-two point six percent!

Again, we’re talking about extremely small samples, but Peralta then went down to the Dominican in the offseason and continued to pump gas. He started two games and struck out 14 batters in 6 2/3 innings. The diminutive righty then showed up to spring training and whiffed 15 batters in just 12 spring innings, including eight in his final start against the Dodgers. Moreover, the Brewers then opted to ink Peralta a five-year, $15.5M contract extension that includes two club options.

The question, for me, is whether the Brewers are committing to Peralta as a long-term starter or reliever. He apparently added a slider to his repertoire, and once Eric Lauer went down with a shoulder impingement, he was in a two-man battle with Corbin Burnes for the final rotation spot. Peralta is probably more intriguing as a reliever in 2020, due to his September and winter dominance, but there will always be a chance that he clicks as a starter. Will he get the chance this year? Should he get the chance? The Brewers’ bullpen desperately needs another high-leverage arm to pair with Josh Hader, after all. I’m conflicted about the whole thing.

Should I be active on the dynasty trade market or just ride things out for a couple of months?

Much of this surely comes from a baseball-less quarantine, but I’m itching to make some dynasty trades and have no real idea what I should be doing. Should I target some players who may have seen their 2020 stock increase due to the delayed start to the season? Should I perhaps start shopping my 2021 draft picks, since the upcoming MLB Draft is sure to have a crazy amount of volatility and uncertainty surrounding it? Should I take a stab at some uncertain roster situations—say, the Marlins’ closer race—or should I wait for clarity and lose the chance to get in on the ground floor?

I’m most intrigued by the idea that I could punt the early portion of the 2021 FYPD and grab a major-league or minor-league player that I covet. Scouts have been told to go home, amateur baseball has ground to a halt, and public/private showcases have been closed down. Teams will have less data than ever before when it comes to the draft, and after such a long layoff, it’s doubtful that two-month professional samples after the draft will tell us much either. Perhaps it makes some sense to trade down in the draft and take a chance that a chaotic season will lead to a chaotic draft? Then again, perhaps it makes more sense to trade up, since the highest-rated prospects will be the safest ones—the ones with the longest track records, the most scouting reports on them, and the most make-up homework done on them. Again, I dunno.

At least I’ve got plenty of time to think about these things before baseball arrives once more. In the meantime, there’s one thing about which I am 100 percent sure: Take care of yourselves—both physically and mentally—and your families as much as possible. I wish you all well, and we at Baseball Prospectus hope to keep you company until the lights are turned back on. Alla vostra salute!