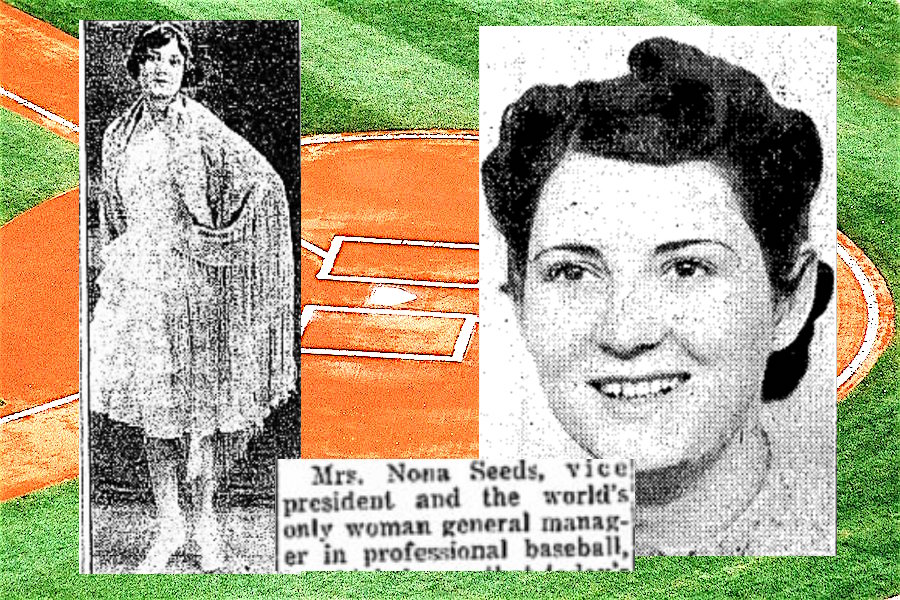 We know Kim Ng became the first female general manager in Major League Baseball history in the year AboutDamnTime. It isn’t like we would have all forgotten or did not notice if a woman had been a GM in the majors before.

The minor leagues are a different animal, its history vast and endless. True pioneers get lost to time and suffocated by the thousands upon thousands of other teams and leagues and coaches and players and executives of the subgenre who beg to be remembered, making new memories all the time.

(No, when I said ‘pioneers’ I was not referring necessarily to the Pioneer League. See, this is kind of what I was talking about.)

There are women in the general manager seat today. Their names include Emily Jaenson, Jennifer Reynolds, Rachelle Madrigal, Kim Parker, Jane Rogers, Christina Edney, Katie Beekman, and Laurie Schlende. Ellen Harrigan-Charles, Marilyn Finn, and Eleanor Bowman made up what is believed to be the first all-female front office in professional baseball history in 1991 with the St. Catherines Blue Jays. Lanny Moss was hired by actor Bing Russell, Kurt Russell’s father and Matt Franco’s grandfather, as general manager of the independent Portland Mavericks in November 1974. Moss was touted in newspapers as the first female GM in professional baseball. It was not true. (And Bing Russell got all of the publicity anyway, winning the Sporting News Class A executive of the year award one year.) Bobbie Montgomery was the general manager of the Single-A Anderson (South Carolina) Tigers in 1973. Montgomery said she liked baseball and considered herself a “little individualistic.” She also said “I feel like a woman should be a woman and not try to take a man’s job”, and to preserve the interview in its time added, “I hope Bobby Riggs beats the socks off Billie Jean King in their tennis match.”

I do not regret to inform you there were women before Bobbie Montgomery.

An AP article in 1941 wrote of female executives in organized baseball. They remembered Helene Hathaway Britton, who owned the St. Louis Cardinals from 1911-1916 and oversaw Miller Huggins’ first go-round as a major league manager. They also recalled Florence Dreyfuss, who took over as chairman of the board of the Pittsburgh Pirates in 1932 and admitted to making a few trades during her tenure. After naming other female executives, the article turned its attention to Texas.

But maybe the best example of a woman who really runs a ball club is pretty Mrs. Nona Seeds, vice president and treasurer of the Amarillo Gold Sox in the class D West Texas League.

Nona Rhea Howard was born in Texola, Texas in 1911. The census the year before reported that the town had 361 residents. There were 36 in 2010. Texola is currently in Oklahoma, the end result of eight different surveys over the years. There’s a bar in town that on the side of its building reads “There’s no other place like this place anywhere near this place so this must be the place.” 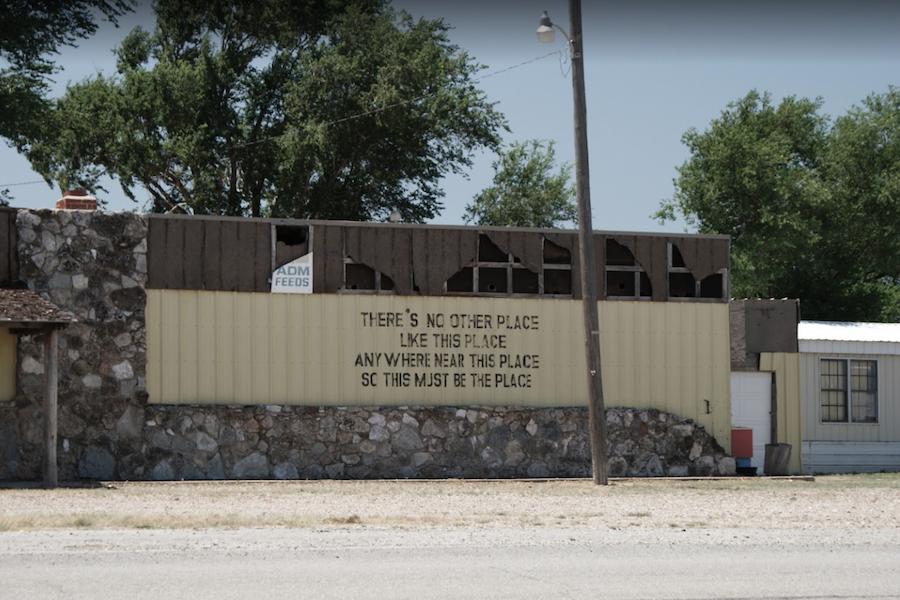 When Nona wasn’t playing baseball growing up, she was playing the violin. Nona was 15 when she gave a solo performance to members of the Order of Rainbow for Girls in Foss, Oklahoma. The Daily Oklahoman in January 1929 gave considerable column inches to a picture of her with the announcement of Nona attending the Horner Institute in Kansas City, Missouri, both to continue her violin studies, and pursue her new passion —the dramatic arts. She enjoyed attending Kansas City Blues games while at Horner, and after one contest was introduced by friends to one of their outfielders.

Reader, she married him before the year was through.

Nona and fellow Texas native Bob Seeds wed on November 25th in Texola. Bob’s contract was purchased by Cleveland eight days later. The news that Seeds was finally going to The Show was made public before his marriage. The Kansas City Star teased it took Bob “quite a while” to bother telling his friends in Missouri, who then told the paper, of his nuptials.

Bob Seeds earned the nickname “Suitcase” after he played for Cleveland, the White Sox, the Red Sox, Cleveland again, the Yankees, and the New York Giants throughout the thirties (this not include various lengthy stints in the minors). Seeds appeared in one World Series game. In Game 5 of the 1936 World Series, “Suitcase” pinch ran for Yankee starter Bill Dickey, who singled to start the bottom of the 10th. The game ended when Seeds was caught stealing. The Yankees won the title the next day against the Giants. Seeds got a ring. Babe Ruth’s caught stealing to end a World Series was worse. It’s fine.

By 1939, Bob and Nona were parents to two girls, Betty Joyce and Suzanne, and Bob was the owner of an unaffiliated baseball franchise in the West Texas- New Mexico league. He moved it from Hobbs, New Mexico to Amarillo, Texas, giving the city a professional squad for the first time in 11 years. Since Bob was still trying to play as a member of the New York Giants, he needed someone he could trust to take care of executive decisions.

“I’ll bet Nona’s busier than a heifer in quicksand, handlin’ that big openin’ tomorrow and takin’ care of our two kids,” said Suitcase in Philadelphia, where the Giants were about to open up the season. “And you can bet your last six bits she’ll do a good job of it, too. Nona knows her baseball.”

Nona was interviewed by the Sporting News for their June 1st installment. She was asked if “superintending a ballclub” was something a woman could do.

“Sure. Why not?” she asked with an inquiring smile. “There’s no good reason why a woman cannot run a ball club as well as a man … In fact, there are apt to be things we on the feminine side can see in connection with a team, that the male of the species would overlook … Certainly, the woman belongs—just as much as she does in other sports.”

The article ended with some bullshit, sadly.

“I just got word that Amarillo won last night. Our new second baseman hit a home run to put the clincher on the game.”

“Gosh, I don’t know his name yet,” she said seriously. “But I’m getting back to Amarillo tonight to find out what’s going on.”

The press enjoyed implying Nona was not really handling all of the personnel decisions, or very few to begin with.

Ben Parrish, the Cats’ brilliant rookie righthander, highly recommends his former teammate, 19- year-old Kid Crider of the Amarillo Gold Sox. Crider, “discovered” by Mrs Nona Seeds of the Amarillo club, won 19 games last year and is off to a good start this campaign.

There was also whatever the hell this was: 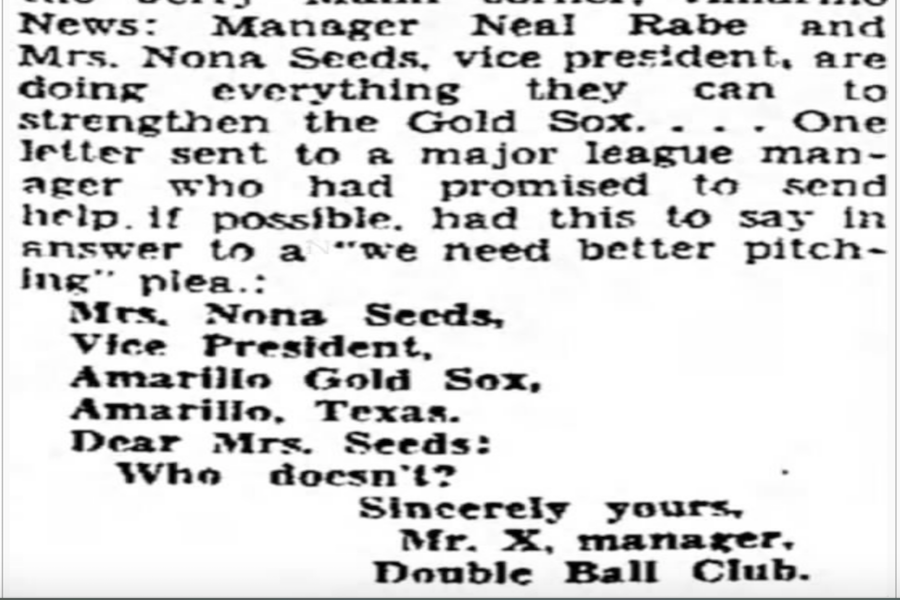 Bob did not exactly help dispel such assumptions. When Neal Rabe was let go as manager late in the 1939 season and replaced with 26-year-old pitcher Phil Margavio, The Amarillo Globe-Times headline read “Neal Rabe Is Replaced By Owner Bob Seeds”. Nona admitted the firing was her husband’s idea.

If Bob was calling all the shots, or at least all the important ones, he would be foolish in doing so, since it would be years before he’d even see the Gold Sox in action. “I feel so sorry for Bob, because he never has seen his own team play,” Nona said to conclude a May 1940 article on the team. The piece mentioned the following:

1. The Gold Sox finished in last place in ‘39 but made a profit anyway;

2. Attendance was at that point in the season up 50 percent;

3. Nona signs the players, does some of the scouting, handles the money, comes up with the promotion ideas, and confirming life is a James Crumley novel, keeps a “weather eye” on how much the fans enjoy their time at the ballpark.

But this was the lede.

Well, what else do you expect from…the Associated Press.

The Gold Sox went 57-79 in their inaugural campaign. In 1940 they went 82-58. That rapid turnaround might have had to do with new manager Claude Jonnard. Maybe it had to do with Nona getting a year of experience running a goddamn baseball team while raising two kids. Maybe both. In any case, Amarillo lost in the first round of the playoffs. The 1941 season ended the same way, despite Jonnard’s wife trying to jinx the Big Spring Bombers pitcher with a “wammie wammie.”

The West Texas-New Mexico league disbanded on July 5, 1942. There was a war going on. Bob piloted the Little Rock Travelers in 1944. He opened a sporting goods and hardware store the following year. Nona ran Bob Seeds’ Sporting Good and Hardware, at 704 West Sixteenth, with him. When the league returned to action in ‘46 it was now a Class C enterprise, and Suitcase announced himself as the Gold Sox’s player-manager. Amarillo once again hit their heads on the ceiling that was the first round of the postseason. With a new manager in ‘47 and a working agreement with the Boston National League team, they finally reached the WT-NM championship series, losing in six games. Back as an independent in ‘48 with yet another skipper, the Gold Sox finally won it all. Bob by this time was referred to as the owner and the president of the club, with Nona as vice president. Writing about the night when the Gold Sox clinched the title in the ballpark of their opponent, the Pampa Oilers, Amarillo Daily News Sports Editor Harry Gilstrap observed that nobody in the building was as “pleased” as ol’ Suitcase, “except, maybe, Mrs. Seeds.”

By 1950, Bob had sold the Gold Sox to a cattleman named Pete Knapp, but he was still an employee of the team. As their general manager.

According to the Society of American Baseball Research’s profile on Bob Seeds, Nona died in 1950, and Bob married Rosalie Higgins in 1951.

Nona spent the rest of her life, mostly in Norman, Oklahoma for over 50 years, living.

Nona was a guest at her oldest daughter Betty Joyce’s Alpha Delta Pi pledges dinner at the University of Oklahoma in 1952. She returned to Alpha Delta Pi house for Betty Joyce’s wedding dinner less than a year later. Her father died in 1956. She personally announced in The Daily Oklahoman the engagement of her other daughter Suzanne in 1957. She became a grandmother in 1961, then again in 1962. Her mother died a year later. One sister passed away in 1974; another in 1981, a third at some unknown time. Two brothers as well. One of her grandsons married in 1979. In 1985, Nona took part in the Oklahoma Senior Classic Games.

Bob died in 1993. Betty Joyce, who grew up to be a schoolteacher, passed in 1995. Nona was interviewed in a 1999 article about Bob’s playing career. She talked about the etymology of his nickname. There apparently used to be a comic strip called Suitcase Simpson.

Nona passed away on May 31, 2003 in Shreveport, Louisiana. The obituary said the wheres and whens of the memorial service. It said where she was from and where she lived for the second half of the previous century and then some. It mentioned the deceased siblings. It said she moved to Shreveport earlier that year to be closer to her daughterand her family. It said Suzanne was the daughter in question, and that she is survived by Suzanne and Suzanne’s husband and their children and Betty Joyce’s children. It did not say she had a husband. There was a lot not said.