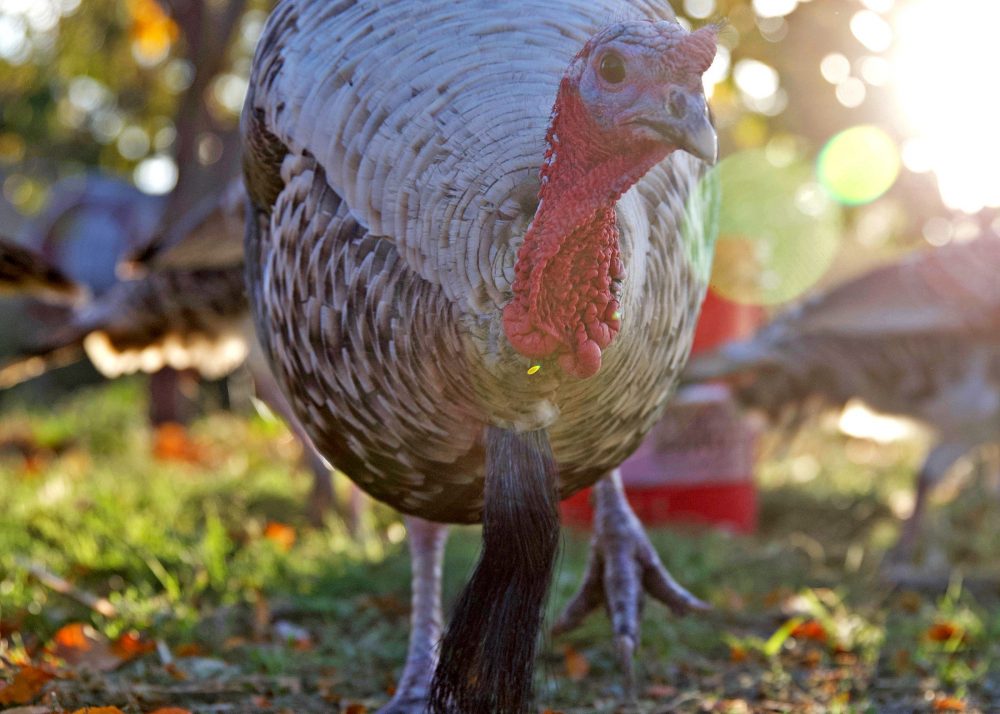 THE TURKEY: Los Angeles Dodgers
The star of the show and the most expensive part of the meal. Some people are bored by it because they like things to be “new” and “different,”, but it’s a classic for a reason. Sure, some years it’s a bit drier than others, but there are always some choice pieces and tasty bites if you know where to look. Fair warning, though: consuming lots of it at once can leave you groggy.

MASHED POTATOES: New York Yankees
Only beloved because of a bunch of super-rich ingredients, but you can’t deny its year-in, year-out excellence. Haters will say it’s overrated but spoon mounds of it onto their plates anyway. That being said, those who insist it’s the best part of the meal simply lack taste. And why must they always insist so loudly?

GRAVY: Oakland Athletics
Objectively delicious but lacks the substance to stand on its own. Destined to exist forever as a complementary piece, though it makes its way to the table every year despite its inherent limitations. Technically made from the runoff of something more expensive and grand.

STUFFING: Chicago Cubs
The lovable loser of the Thanksgiving Day spread, it has dalliances with elevated dining but can’t escape its roots. Stuffing is literally stale bread stuffed inside a dead bird. You can gussy it up with chestnuts or sausage or oysters or whatever, but again: it’s soggy old yeast in a bird butt. It’s delicious, but also defined by its shortcomings. Accept that–find peace in it, even–and enjoy.

MAC AND CHEESE: Boston Red Sox
A dish you loved as a kid that you’ve come to find out has way too many variations. Some years it’s an $80 statement piece with panko bread crumbs, truffle oil, and triple-aged Vermont cheddar. Other years it’s pretty clear your “aunt” dumped expired Velveeta into a stock pot with half-cooked penne. The worst part is you’re not even sure which version you like best.

CRANBERRY SAUCE (CANNED): Philadelphia Phillies
Is it immediately recognizable? Yes. Is it *good*? No one is really sure. Would any Thanksgiving be complete without it? No. Is that a good thing? Probably not! Better when viewed as a side attraction than when counted on as a focal point of the meal.

CRANBERRY SAUCE (HOMEMADE): Tampa Bay Rays
The people who make it never shut up about the weird, “secret” ingredients involved. “It’s made the right way,” you’re told as you wearily down another spoonful. It’s got higher upside than the canned stuff, sure, but most years it’s just way too watery or tart. Maybe stop buying “discount” fruit?

GREEN BEAN CASSEROLE: St. Louis Cardinals
Inspires legions of devout followers but is disliked by a broader, more refined segment of the population. Some people insist you can’t have Thanksgiving without it, but would it really hurt to try? It admittedly makes the best use of its limited ingredients as it can.

SWEET POTATO CASSEROLE: Colorado Rockies
It’s unclear how any of its components are really supposed to work together? Every few years someone tries to fancy up the recipe but the end result is always the same.

BROCCOLI CHEDDAR CASSEROLE: Milwaukee Brewers
It always feels like this dish should be better than it is. What’s not to like about melty cheddar? It contrasts well with the bitterness of the greens. It should work, but the end result is often too mushy. Maybe it should try springing for better ingredients once in a while.

BUTTERNUT SQUASH: Kansas City Royals
When was the last time you really paid it much mind one way or the other? You vaguely recall really liking it thanks to one exciting recipe a few years ago, but you usually just push it off to the side of your plate. PECOTA maintains this is the worst vegetable, for what it’s worth.

BRUSSELS SPROUTS: Cleveland Indians
There’s upside here, but only if you spend on the margins. Sprouts with diced pancetta and shallots, or chorizo and onion, or at least a splash of balsamic? Very good! Sprouts by themselves? Essentially small, poopy cabbages. When you celebrate the sprout, you get a great side. But when served unadorned it’s inedible.

ROASTED CARROTS: Arizona Diamondbacks
Inherently uninteresting, which leads people to push the envelope with the ingredients. Carrots are a role-40 food whether swimming in butter, doused in honey, or baked with EVOO. You get bored so you try and season them with, like, adobo or something, and then everyone complains no matter how much you explain that it’s a dry heat.

ROASTED CAULIFLOWER: Chicago White Sox
Forever broccoli’s little brother, cauliflower seems like it should be more exciting than it is. Cauliflower steaks? A cool concept until you get to the woody stem. Cauliflower rice? A cute idea that tastes like wet cardboard. Cauliflower at Thanksgiving? Looks nice enough on a plate, but is ultimately washed out by much stronger flavors. Quite simply, cauliflower needs to pick a lane: it vacillates between trying too hard and not trying at all.

POTATOES AU GRATIN: Toronto Blue Jays
An interesting alternative to mashed taters made by those looking to make a statement. Is it fun, novel, and even a bit exciting? Sure. Does it taste pretty good? Yes! But it’s still not as good as mashed potatoes. Honestly, it never will be.

CANDIED YAMS: Seattle Mariners
This is not a dish that happy people make.

PECAN PIE: Atlanta Braves
We get it: you’re proud to be from the south. At its best: a wonderful mix of flavors and textures that’s uniquely fun to eat. At its worst: stodgy, unimaginative and present only because of tradition. Often ruined by a rough chop.

PUMPKIN PIE: Houston Astros
You’re not sure you actually like it, but at the same time it’s hard to imagine Thanksgiving without it at this point. Some versions are sneakily great while others leave a rotten taste in your mouth no matter how much whipped cream you top ‘em with. Many end up in trash cans.

APPLE PIE: Washington Nationals
Distinctly American? Sure. Often good? You betcha. Comes with too much strained praise from its creators like “best pie I’ve made since May?” Sometimes. Good served both hot and cold, which really speaks to the duality of the dessert.

ICE CREAM: Los Angeles Angels
Ice cream is unquestionably great, a phenomenal culinary talent that nearly everyone enjoys. But in the context of a Thanksgiving Dinner, it is forever relegated to add-on status. You put it on sturdier things like pies, and that helps, but you don’t eat much of it alone. By the point in the evening in which you want to eat it, you can’t even appreciate its greatness. It sits there, melting under the dining room lights, slowly but surely losing its potential. Don’t we all.

CHARCUTERIE BOARD: San Diego Padres
Charcuterie boards rule. They are fun to make, fun to eat, fun to root for, really. But how much cheese and bread can you really stuff in your face an hour or so before you commit to eating pounds of meat and bread? There’s a ton of potential here, but it simply can’t hang with the big boys.

THE NICE BOTTLE OF WINE: San Francisco Giants
Nothing says “I was too lazy to cook but want you to know I have money” quite like dropping the $70 bottle of German Reisling on the table. Will people drink it and briefly acknowledge your contribution? Yes. Will anyone remember it three seconds after the meal begins? They will not, friend. They will not.

THE CHEAP JUG OF WINE: Detroit Tigers
You don’t pay it much mind at first, but eventually you’re glad to have it the fifth time the Rays tell you the secret is “actually just a pinch of expired nutmeg.” No Thanksgiving meal is truly complete without it, however sad it may be.

BUTTER: Minnesota Twins
Sure, butter isn’t a dish, but it’s essential to making the Thanksgiving experience more enjoyable. Maybe you throw some on your potatoes or slather some on your rolls. Perhaps you put a dollop on unremarkable side veggies so that your cousin doesn’t think you’re being rude. You don’t go into the meal excited by butter, but you’re happy it’s there. Just make sure it didn’t expire in October, as is often the case.

SALAD: Miami Marlins
No one wants it. It’s not refreshing no matter how you brand it. Anyone who puts it on their plate does so only through a sense of obligation. It does not matter how trendy or healthy or faux-unconventional it is to serve salad at Thanksgiving: It sucks out loud. Commit to being a real food or don’t show up at all.

CORNBREAD: Cincinnati Reds
It’s a classic, and it looks and tastes good: It’s simply up against too many heavy hitters. Cornbread as a side with (non-Skyline) chili or barbecue? Elite. Cornbread on a stacked Thanksgiving plate? Arguably a waste of space. Tough break, really.

DINNER ROLLS: Pittsburgh Pirates
Little more than a thing you use to sop up the remnants of other, tastier bites. On a day that’s all about maximizing stomach space it’s tough to see why you’d pay them any mind. Feels like they’re not even trying, honestly.

THE WISHBONE YOU CUT YOUR THUMB ON WHEN TRYING TO BREAK IT WITH YOUR COUSIN AND OH GOD, THAT’S KIND OF A LOT OF BLOOD ISN’T IT, AND OH CRAP IT’S GETTING ON THE TURKEY, OH NO: The Mets
Good thing Steve Cohen seems like the type to spring for band-aids.

You need to be logged in to comment. Login or Subscribe
cmellinger
Loved it.
Reply to cmellinger
Michael McKay
The last -- LMAO -- so funny, so perfect.
Reply to Michael
newsense
Ben-
I sorely missed the Hit List this year but this more than makes up for it.
Reply to newsense
Pete Rauch
Good one
Reply to Pete
Justin
Fantastic read!
Reply to Justin