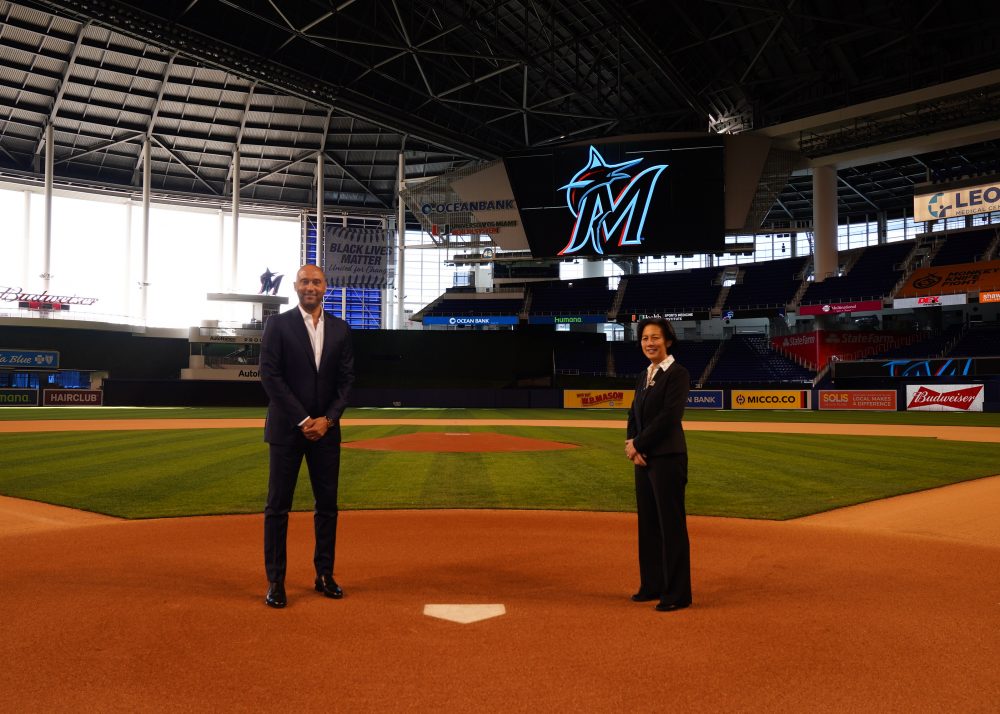 The inaugural cohort of MLB’s Diversity Fellowship Program had 22 fellows, nine of whom were women. Of all of them, only one was a woman who is not white.

The league’s TIDES report grades its racial and gender representation in leadership roles. It shows there are women in leadership roles, even some non-white women. But there is no full baseball operations breakdown. It’s not calculated how many non-white women, how many people who aren’t cis men, are in baseball operations roles. There very well may only be a handful of Asian women and nonbinary people, or fewer than that. In a recent article from The Athletic that gathers the reaction of Asian Americans in baseball, I noticed that only one Asian-American woman, Kelly Zaccheo, was interviewed for the piece, and Zaccheo only interned for the Mets in 2013 and is currently studying biomedical engineering (though the article also states that she has not ruled out a return to baseball).

The fact that we don’t know is a problem. Major League Baseball is an echo chamber that has long surrounded itself with homogeneity. While rosters diversified throughout the decades after integration, front offices took much longer to catch up. When sabermetrics revolutionized the way baseball operations departments evaluated the game, a new kind of homogeneity set in: a white man with an Ivy League STEM education.

Kim Ng seems to be an exception to the rule as an Asian-American woman with a long career in baseball operations. Until and unless there are more people like Ng in significant baseball operations positions, it’s difficult to see her hire as anything more than just representation without meaningful equity.

I was 17 when I spent around a month in my homeland of the Philippines to visit my lolo (grandfather) in the hospital and to spend the holidays with my family. Knowing that I didn’t want to overpack my luggage since I wanted to bring back items I could only get in the Philippines, I only brought one book with me: Moneyball. I only put it down to spend time with my pamilya (family).

I couldn’t get enough of it. I started reading Baseball Prospectus and FanGraphs religiously, learning everything I could about the game, but especially about analytics.

I didn’t get into baseball until only a year before this trip, when I was 16. The 2008 season was the first I actually experienced baseball as a diehard fan. My quest for knowledge about the game was driven significantly by my desire to avoid being stereotyped. First as a teenage girl[1] who only liked baseball because the players were cute, or as an Asian with only a passing interest in the sport because I’d otherwise end up focusing on medicine or engineering.

I turned to sabermetrics to shield myself from anyone who wanted to question my love of the game. I was set on becoming a writer. I had applied to colleges with the intent of studying writing, but turned down art schools where I couldn’t explore my interest in economics and math. It never once crossed my mind that I could write about baseball, let alone become a baseball analyst—until I discovered who Kim Ng was.

Ng, a graduate of the University of Chicago with a degree in public policy, never fit the mold of homogeneity, before or after sabermetrics came into play. She first was hired by the White Sox as an intern in 1990, becoming full time in 1991. She had 13 years of experience by the time she was placed on Baseball America’s list of the next wave of GM candidates. It took another 17 years before she became a GM.

Seventeen years later, Ng has become yet another from this list to become a GM. pic.twitter.com/ZfizSxTtlI

I considered a career in baseball analytics and in 2017, I worked as an assistant general manager in independent league baseball. I mostly worked with ticketing, sponsorships, and, as the season got closer, player contracts.

The culture was insufferably white and male. I was openly nonbinary; I use they/them pronouns, but that was ignored. I was often the only non-white person in the room. It was an alienating experience.

While I was an assistant general manager, I attended the Trailblazer Series in Compton, California. I met Kim Ng there and was able to approach her to say that I looked up to her because she was in a highly respected baseball operations position and because she is also Asian and a woman. Even as an Asian femme nonbinary, I related to her being an Asian woman. She told me she appreciated that.

Major League Baseball was one of many outlets or people who congratulated Ng for being the first woman appointed without remarking on her also being the first Asian-American GM. Solely celebrating the fact that Ng is a woman diminishes the fact that she is also the first Asian-American[2] to become a GM. This fact has become a footnote in some ways, relegated to a line or two, if that, in articles about her.

A person can be more than one thing at a time[3]. Everyone in the world can be two or more things at once. Yes, it’s important that Ng is a woman, but it is just as important that she is Asian-American. Speaking as a femme, nonbinary Asian-American, MLB is a sport that already struggles with diversity and now it appears to be whitewashing this historic moment.

A telling example has been recounted from the GM Meetings in 2003: Ng was asked the question “where are you from?” by Mets scout and former All-Star pitcher Bill Singer. It’s a racist question commonly asked of Asian-Americans; I’ve been asked that same question so many times that I’ve lost count.

At a time when Asians in the United States are facing more assaults, harassment, and hate crimes, isn’t it important to acknowledge her race? To see an Asian-American woman in a sports leadership role such as an MLB GM is breaking the bamboo ceiling; common stereotypes are that Asians enter medicine, engineering, or some kind of tech role. Major League Baseball has played a concrete role in erecting the very gender and ethnic barriers Ng is being praised for overcoming, but rarely interrogates its role in its lack of diversity. Major League Baseball is a system, and systems often work to perpetuate the status quo even at the exclusion of qualified people.

The narrative of perseverance as a virtue is continually pushed—if you just keep at it, good things will come one day. That’s not the case for everyone, though, when there’s still a system in place putting up barriers. Ng is the first woman and Asian-American GM, and it’s unclear who will follow in her wake. It’s not enough for the barriers to come down every so often, to let in only the candidate who has been judged the most exceptional. Maybe that’s why it took 30 years for Ng to get to the position she’s in today.

I pursued baseball operations roles for MLB teams, specifically in analytics and player development. I applied for the Diversity Fellowship Program. I eventually gave up. I had felt unsupported in my independent league position. At the time this happened, Ng still was not a GM. Regardless of the existence of a department of diversity and inclusion in the league office, I didn’t really feel welcome. I didn’t feel like there would be support if I got through the door.

I gave up pursuing a baseball operations career because I felt like I did not have the mental bandwidth to tolerate a space that calls itself diverse and inclusive when it was anything but. I had other career options and paths that did not leave me emotionally and mentally drained every day, fighting to just be heard in a space that wanted me and others like me to be seen and not heard.

The constant praise for Ng’s womanhood, but not her equally important Asian identity leaves me fearful that the whitewashing we continually see will discourage other Asian women and nonbinary people out there pursuing baseball operations roles. There’s no tangible support; even if people get through the door, there’s too many barriers that make it arduous to stay in the industry.

If MLB is truly committed to equity and talking about race, it needs to acknowledge Ng’s heritage as much as it does her gender—and then work to understand how biases against both of them intersect with one another . Sports media needs to elevate Asian-American women and nonbinary voices when discussing Ng’s place in MLB history, because otherwise, what progress is there really? What change has been created, if not for those who want to be like Ng, as I once did?

[1]I had yet to come out as nonbinary until college.

[2]Farhan Zaidi is the first Asian MLB general manager, though he is Canadian-born.

[3]The term for this is “intersectionality.”