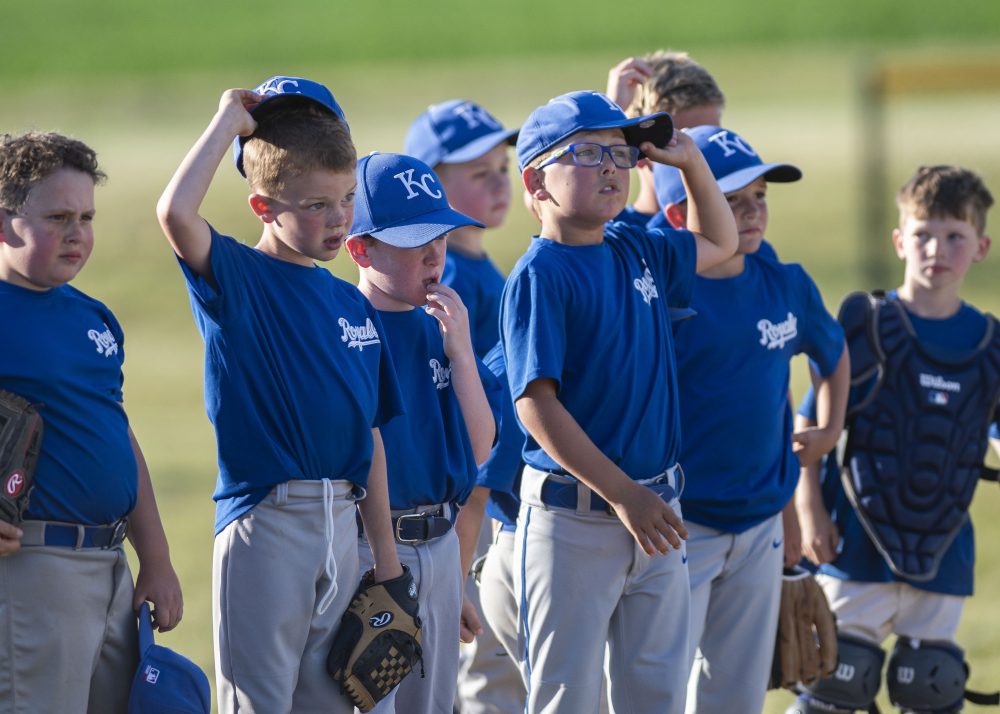 The most common question parents and guardians ask teachers is, “What can I do to help my student at home?” This article is an answer to that question, framed through the lens of baseball. Children are remarkable learners; they soak up our habits, language, interests, and mannerisms all the time—whether we want them to or not. They learn how to learn from the people around them. If you model positive self-talk about literacy, including data literacy, they assimilate that mindset. (The same holds true if you slam the computer closed, yelling “I don’t get this math and I never will!” Or “I’m just not a science person.”) Rather than a substitute for instruction, this is all about valuing habits of mind to promote thinking, learning, and growing.

We’re both proud career educators, with a Gleyber Torres’ lifespan of combined time in the classroom. Daniel R. Epstein has been a special education teacher, grades 2-5, for the past 14 years. He is also president of the Somerset County Education Association, representing 7,500 public school teachers and support professionals in Central Jersey. Sydney Bergman taught biology and research at a D.C. public high school for 10 years, where she also served on several union committees, and now works in teacher professional development.

We felt it was important to mention this experience, while also caveating that, even during the pandemic, parents and families should not feel pressured to replicate the routines and structures of a formal classroom setting at home. Instead, we wanted to offer some research-based strategies that support your students, regardless of age or subject matter—and that you can continue after whatever the return to normalcy looks like.

Research-based strategies include those grounded in broadly used standards frameworks, like the Common Core State Standards (CCSS) and Next Generation Science Standards (NGSS). These frameworks are likely part of the curriculum standards that drive your student’s (public) school instruction. Even if your state does not currently use the CCSS, or NGSS, the standards they use instead are likely very similar. Essentially, these strategies are just good tools to use at home and probably ought to support how your student is learning in school.

Every Box Score Tells A Story

Let’s begin with an example of how to use a familiar data display—a box score—as the basis for a “story.” If you go to Baseball Reference and search for “random,” the site delivers a random page—sometimes a player page or a season summary, but most often a box score. In the example I’m using, the site delivered this score.

Our adult brains, familiar with looking at these kinds of data, likely deliver it in a narrative format. The San Diego Padres trounced the San Francisco Giants in a 1987 day game before fewer than 20,000 onlookers at Candlestick Park. We’re also likely to look for patterns and anomalies: San Diego scored runs in five different innings, while San Francisco did so in only two, but San Francisco had a similar number of hits to San Diego despite scoring many few runs.

The ability to take these numbers and derive narrative meaning from them isn’t innate; it’s a habit of mind most baseball fans develop organically and reinforce with practice. However, offering a structure by which to do so can assist in your student’s summarization skills and help them to discern the meaningful points of the game as a story.

Summarization, the ability to succinctly retell the important events in a story, is a valuable skill in just about every facet of learning. A useful strategy for summarizing any story arc is Somebody, Wanted, But, So, Then. For example:

That’s a summarization of one of the dozens of individual events that comprise a baseball game, but it also works for larger story lines:

There’s a story in every pitch, plate appearance, game, and season. Each headline is its own narrative arc. In fact, Pixar frames out its movies in a very similar way. Stories, large and small, are how we contextualize the events unfolding all around us, and narrative in particular underpins other forms of writing including informational and persuasive text. Understanding this helps us take the next step in learning: asking questions.

Learning comes from thinking, which comes from wondering. If a learner’s mind is like a car, questions are gasoline. However, not all questions fill the tank to the same extent. Asking a closed question—one for which there is a clear answer and requires no further explanation—might only be worth a gallon or two. A lot of these start with what, where, or when. An open-ended question, such as a how or why question, requires deeper thinking and gets the learner more mileage. The goal is to ask better questions—and getting your child to ask better questions in turn.

Developing questions often starts with looking for patterns and anomalies. Let’s use the box score of Game Seven of the 2019 World Series as an example. An obvious pattern is that the Nationals scored zero runs in each of the first six innings. The anomaly is that they scored three runs in the top of the seventh, taking the lead and eventually winning the game.

The first question is, “What happened?” The answer—home runs by Anthony Rendon and Howie Kendrick—is evident further down in the box score. This is a closed question, which is a good way to start studying something. From there, we might wonder, “Why did Kendrick hit that home run?” This is a much deeper question. There are nearly infinite ways to answer it, all of which require further research. We could start by watching a video of the pitch, in which we see that pitcher Will Harris missed the catcher’s target. We also notice that, for a home run, the ball didn’t travel very far, and caromed off the foul pole screen.

All of this begets follow-up questions, such as, “Is Kendrick normally a good low-ball hitter?” or, “Would this have been a home run in a larger stadium, such as Nationals Park?”, or “Is Howie Kendrick a better baseball player than George Springer?” From thinking about just one aspect of a box score, we’ve created a loop of questioning, researching, and learning.

Getting your student from close-ended to open-ended questions isn’t as intuitive as it sounds. A possible scaffold for this is the See, Think, Wonder protocol. For “See, Think, Wonder,” you start with noticing—an event, a pattern, an anomaly, anything that’s interesting or puzzling. For instance, “I see that Juan Soto takes a wider stance on a two-strike count.” There are varieties of student-appropriate language depending on age and ability-level that these observations might come in. All are valid, from “he looks different” to acting out how his stance has changed.

It’s helpful to consistently model this phrasing to help your student have the language to do so: “I notice that a player or team is doing X,” is a good jumping off point for these observations. From there, the “I think” and “I wonder” components get at connecting the observation with something unseen. Why is he changing his batting stance? How does doing so affect the outcome of his at-bats? Questions that require further investigation, including the collection of evidence, to answer.

You can prompt these verbally (I notice … I think … I wonder … ) or have your student record them on a piece of paper divided into thirds, in either words, diagrams, or pictures, that can serve as a “scorebook” for watching games. While these techniques feel obvious to adults, they are complex learned behaviors—question generation and refinement; identification and collection of evidence; return to the original observation or question—that make up the soul of education.

Yes, You Are A ‘Math’ Person

The last strategy we want to advocate for is one that’s sometimes difficult for adults: Remove negative self-talk about math and science from your vocabulary. Like baseball, science and math should be for everyone, and the idea that it’s an exclusive identity restricted to the few discourages people curious about how the natural world works from pursuing science. Think of it like Ratatouille: Not everyone will be a statistician or scientist, but anyone could be.

There is obviously a lot more to this in terms of structural access and support, but identity, belonging, and persistence are linked with educational attainment and outcomes. So, the first step is to monitor for discouraging self-talk, and correct it as much as possible—and encourage your student to do the same—while offering examples with a variety of role models. (I encouraged students to physically mime throwing those kinds of thoughts away.)

Much of the pushback against analytics in baseball comes from commentators not being fluent in what data is or isn’t saying, and being afraid of asking or not knowing the right questions to ask. But communicating about data isn’t just for sites like BP—it’s also increasingly what coaches and players have to do, in language appropriate to their audiences, and in ways that show the limits of what that data can describe. Beginning with small habits that, when repeated, become habits of mind helps everyone to become more conversant in communicating about data.

Teaching is hard; that’s why professionals do it. You don’t have to become a teacher to help your student learn. However, your student picks up learning habits from you, so it’s best to model good ones. Show them that, even as an adult, you ask questions and express “I wonder …” statements all the time. Don’t be afraid to show that you don’t know something, and be willing to go on research journeys to learn more—even if you don’t find an answer to your original question. Those journeys can start with the nighttime story you read together, a question on their math homework, or Mike Trout’s stat page. Think, question, and learn out loud, and your student will start doing the same.