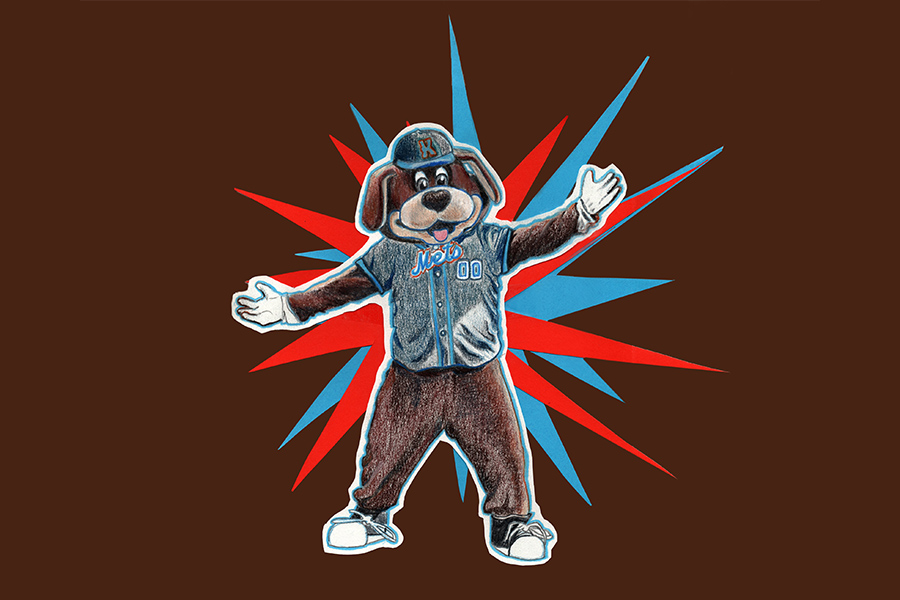 Every Tuesday and Thursday, Too Far From Town shines a light on the 42 (really 43) minor league baseball teams in danger of losing their major league baseball affiliations, effectively leaving them for dead. Today we focus on the Kingsport Mets, a Rookie-level affiliate of the New York Mets. You could take in the previous installments here.

I learned the word ‘bottomless’ at Bennigan’s. It was on one of those little signs on the table—there’s nothing chain restaurants love more than signage on the table. They must think their customers, on the nights they cook for themselves, sit down to a dinner table covered in tiny, laminated advertisements: TRY OUR MASHED POTATOES! Exactly like Mom makes!

When a human wears a shirt and no pants, that human is bound to face some tough questions. The starting point is often something along the lines of: Good God, man! Where are your pants? At a certain point they graduate to: Can I interest you in a towel? And of course they end with the ever popular: Do you understand these rights as I have read them to you?

When an animal goes bottomless, it’s slightly more complicated. There is nothing objectionable about naked animals. Animals are wild and free. No one is, in the name of decency, coaxing hippopotami into bathing suits, though I would certainly fund a Kickstarter that promised to try. But all of that changes once the animal puts a shirt on.

The issue is incongruity. Once you’ve eaten of the fruit of human knowledge, you can’t exactly take half measures. Further, if you do take half measures, you kind of have to make sure you that the half you cover is the one with all the dangly bits. Adam and Eve didn’t waste fig leaves on their elbows; they went right for the fun stuff. If you know enough to wear a shirt, you know enough to holster your pollster.

Slider, the mascot of Kingsport Mets, knows enough. I can say that conclusively, because sometimes Slider wears a full uniform. Sometimes Slider wakes up in the morning, brushes his teeth, combs his fur, and puts on a hat, a jersey, pants, a belt and sneakers—big, weird sneakers that are somehow a cross between classic Chuck Taylors and Apollo era moon boots. And then other days he skips a few steps. Slider is trying to have it both ways. You can’t wear a complete Mets uniform on Monday, then show up on Tuesday in only a t-shirt. There is no team that I’m aware of whose alternate uni is a half-off special. On the other hand, if there were, we probably wouldn’t have to read so many think pieces about baseball’s failure to draw in a younger fanbase.

(My sincere apologies to all pollsters.) 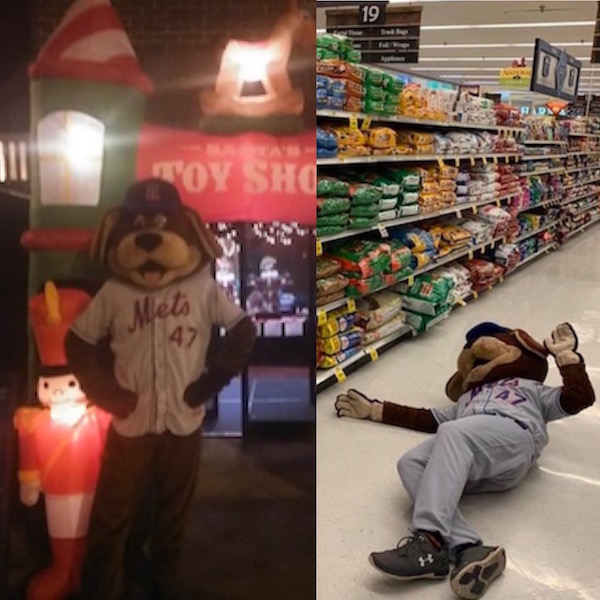 Before 1983, when Dwight Gooden humiliated Single-A hitters as a Lynchburg Met, impressing Triple-A Tidewater Tides manager Davey Johnson enough to make sure he had the 18-year-old start for the Tides in the playoffs.

Before the spring of 1984, when new New York Mets manager Davey Johnson kept telling Mets GM Frank Cashen to “keep an open mind” about letting him take 19-year-old Gooden with him to the big leagues.

Before April 7, 1984, when Dwight Gooden made his major league debut in the Astrodome, and Ralph Kiner twice said Gooden and Darryl Strawberry looked alike, even when a side-by-side comparison showed nothing of the sort.

Before Gooden became the youngest player to appear in a MLB All-Star Game, and broke Herb Score’s rookie record for most strikeouts in a season, and won Rookie of the Year.

Before Floyd Youmans was traded with three players for Gary Carter.

Before Gary Carter caught Dwight Gooden during one of the greatest single-season pitching performances in baseball history.

Before he missed the World Series parade.

Before he was arrested in Tampa.

Before 1987, when he tested positive for cocaine.

Before Dwight Gooden and his teammates Vince Coleman and Daryl Boston were accused of rape.

Before he tested positive for cocaine for the second time in two years, suspended for an entire season. Before his wife found Gooden in their bedroom with a gun pointed to his head.

Before he was arrested for driving while intoxicated, then driving with a suspended license, then for punching his girlfriend. Before he violated probation high on cocaine when meeting his probation officer. Before he chose jail for seven months over extended probation to try to kick his drug habit.

Before his appearances on Celebrity Rehab with Dr. Drew.

Before he was charged with DWI with a child passenger and for leaving the scene of an accident.

Before all of that, Dwight Gooden was a Kingsport Met.

Gooden found out he was selected fifth overall by the Mets at the Tampa Tribune newsroom, seeing his name pop up on their video-display terminal. Dwight’s sister Betty took him and his girlfriend for dinner at Red Lobster to celebrate. “I’m crazy about seafood,” Gooden explained. “Spare ribs, steaks, and pizza — I’ll be checking the menus”, Gooden said of his near future in Appalachian League-area restaurants.

When Gooden visited Bluefield, Va/WV, when Kingsport faced the Bluefield Orioles, he was apparently very impressed with their hot dogs. Gooden claimed Bluefield’s hot dogs were the best he ever had. According to a 1998 Sporting News article, Bluefield Orioles officials, their fans, and Bluefield’s Chamber of Commerce were bragging about this fact to visitors over 15 years later.

His manager was Ed Olsen. Olsen was a mustachioed 6-foot-2, 220-pound man. He was described as resembling a Marine drill sergeant. Olsen was an assistant coach for Kingsport the year before when they ended the season on a 15-game losing streak. Dr. Olsen’s tonic for the losing? Hustle.

Five-foot-7 hurler Ari Tirado got the 1982 Opening Day nod. Kingsport lost 9-1. Gooden made his professional debut the next night. The K-Mets beat the Bristol Tigers 5-4. All four runs off of Gooden were unearned. Olsen said he was impressed by Gooden’s poise. “He has a lot of character for a man his age.” In a later start, Gooden’s catcher Gene Hawkins tried to throw out a Pikeville baserunner attempting to steal second. His throw reached the center fielder.

The K-Mets lost more games than they won. Olsen blew his top after a fourth loss in a row, when his players seemed to be laughing about their weak effort. “They think it’s a big joke,” Olsen fumed. “They’ve got to remember it’s not for fun any more. They’re playing for money.” By Independence Day Olsen openly wished he could “fire three or four” of his guys. “As it is right now we’ve got three hitters and six outs in our lineup.” A couple of days after that, Olsen communicated his displeasure of Randy Myers’ keeping of the scorebook by flipping a table. “Any pitcher who leaves without getting this thing fixed is going to be fined!”

Gooden might have been a professional, but he had fun anyway. He was roommates with Carl Hollis, Jerry Young, and fellow pitcher Floyd Youmans, his best friend since the two were little leaguers in Tampa, Florida. The four would talk late into the night after home games. On the night Harris and Young followed through on their promise to Gooden to get runs for him, Frank Cashen watched from the J. Fred Johnson Stadium (Dobyns-Bennett High School’s football field) stands. Cashen was impressed with what he saw in Gooden. “But we don’t want to rush him,” he warned. “We want to give him a few years and have him make all the regular stops. If he’s ever to realize his full potential he has to play at each level. There are no shortcuts to the majors.”

After another impressive showing against the Johnson City Cardinals, Gooden got a visitor from the opposing team in the Kingsport locker room.

“Are you from Tampa?” he asked.

“I’m from Jacksonville. Did you go to Hillsborough High?”

“You pitched a good game.” Then Vince Coleman told Gooden, “I’ll see you in winter ball.”

For a more traditional piece on Kingsport, Tennessee and the Kingsport Mets, check out James Schapiro’s article.