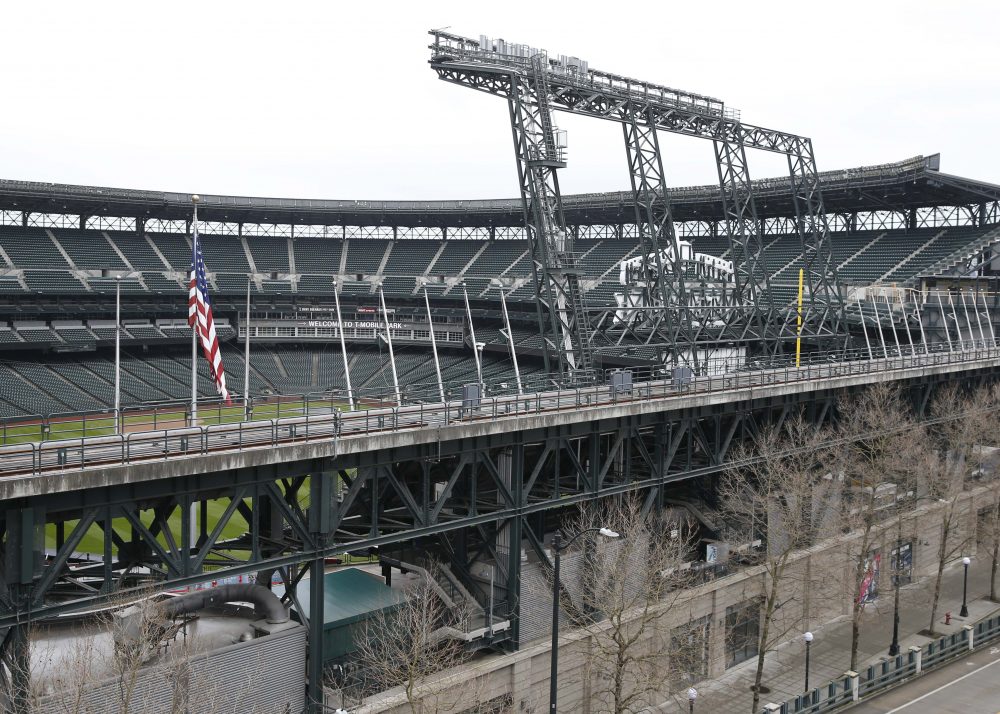 Major League Baseball is back. Let that sink in. Let it surround your mind until you’re floating in it. Luxuriate in its finality. By virtue of Commissioner Rob Manfred mandating a season we will have baseball once again. We’ll get 60 games of it (kinda, sorta, maybe), and we’re going to like it. We’re going to like the sweet swings and home runs; the big fastballs and bigger benders; the spin rates and RBI. Hell, we’ll even like Kevin Cash coming out to bring in the fourth pitcher of the inning in a six-run ball game. (He’ll find a way, regardless of the new rule on pitching changes). Absence makes the heart grow fonder, and our rough edges have been worn down to a smooth, forgiving surface, ready to welcome baseball however it may look.

And it’s going to look different. We’re going to have different roster sizes and almost definitely more relievers, the part of baseball we all love most. Some guys won’t play, and hey, we’ll understand that because we’re all trying to be reasonable here. The chaos should cover up for their absence anyway, hopefully. We want to enjoy what we’ve been given, but not at the expense of other people’s health, especially if they (or their families) are high risk.

All of that is going to nag at us, but not enough to override the joy we get from seeing real. live. baseball. After all, we’re all veterans at compartmentalization; this is nothing we can’t handle. It’s just … it’s been so long, and also we’ve been remarkably patient as the league and union haggled and halted, halted and haggled their way to this point. We deserve a little baseball, as a treat. And besides, that little voice we’re tired of hearing, that gnawing feeling in our gut … it won’t have time to overwhelm our elation because here come the playoffs.

It’ll all be so different but, also, so good. There will be bat flips and sliders, sliders that actually snap, unlike the ones from the grainy ‘90s footage we’ve all resorted to. Players will have their first hit balls returned to them with more procedure, and less frivolity, than ever before. Highlights and lowlights and six-feet-away hug watch will, we can only hope, add up to something close enough to the big leagues we know.

Major League Baseball is back. Let that sink in. After all the breaking news that was telling us nothing had changed, the non-offers and offers that were the same, the same worn piece of paper being creased and re-creased and slowly slid across the virtual table from the league to the association … MLB is back.

And it feels, well, good, but also maybe it’s more of a relief. I don’t know about you all, but I’m exhausted and maybe a little resentful. I’m glad baseball is coming back, it means a lot to me personally and professionally, but I begrudge the public, hamfisted way it has been delivered.

The inability of the union and ownership to find their way to an expeditious agreement was frustrating, not only by virtue of its fact but also its insistent presence in our life. At every opportunity throughout this entire ordeal, we were buffeted with leaks and headlines, breaking news and breathless reports all pointing to the same dead-end that the last one had.

There’s a strategy to this. When one side is responsible for 90 percent of the problem, making the audience equally sick of both parties is a net benefit. The league took more than 40 days from when Jeff Wilpon mentioned wanting to renegotiate the March agreement to Andrew Cuomo to actually making an offer. It took them until June 15 to make an offer for 100 percent pro rata—the terms they agreed to in March. An offer they seemingly made only as a hedge against a grievance from the union, and to run time off the clock so a shortened season implemented by the commissioner was harder to contest.

Major League Baseball is back. Let that sink in. Really let it sink in. In the midst of double-digit players and staff testing positive for COVID-19, teams packing up their spring training facilities and relocating to their home stadiums, and spikes of positive tests in the regions of the countries that have been open the longest … baseball is back in the United States. Should it be? It’s fair to wonder where we’ll stand a month from now, when Re-Opening Day is scheduled to arrive.

The form in which baseball returns is important if the league wishes to complete its 60-game season. Beyond just the players, coaches, and umpires who will take the field every day, the health and well-being of everyone associated with the production of a game day, as well as their families, is of the utmost importance. It’s not even just COVID-19 at play here; it’s pitchers rushing through their training, batters grasping at timing, hamstrings cold in the middle of summer. It’s not clear that the league has seriously considered any of this.

Sure, there is a 67-page document, but it falls well short of where it needs to be. They also haven’t been in touch with all the local officials they said they’d talk to, and that was weeks ago. Not to mention they weren’t even testing players or staff as they arrived at their spring training facilities, and we see how that went. Perhaps it’s unfair to some degree that this falls on baseball as a governing body. There’s an argument that this shouldn’t be their decision to make, that the government (federal, state, or local) should be taking this decision out of the league’s hands. But that isn’t the reality we’re currently occupying. In this one, the determination is up to league officials and union officials, and to some degree individual players, to decide on their future amidst a great many external pressures. There are many incentives that could drive all three groups forward, when perhaps the best move is to take a step back.

There’s every chance that players and coaches arrive, the season begins and it turns out it just isn’t feasible to do this safely. An entire team recently withdrew from the National Women’s Soccer League’s tournament, citing a large swath of the team and staff contracting COVID-19. Does MLB have a plan in place should something similar happen? Do we as fans have our own, internal, one, if things really do fall apart? Is it good enough to withstand scrutiny, and does it keep the safety of players, staff, and others at the forefront?

You need to be logged in to comment. Login or Subscribe
Maureen Mielke
In what regard is your reference to fans internal plan if things really fall apart applicable? Since it seems very likely fans won't be attending any games?
Reply to Maureen
Craig Goldstein
It's in reference to ferreting out our own feelings on what happens if a significant portion of a team becomes ill, on what it would mean to us, regardless of the league does, and also in regards to getting our hopes up for the season. It's something many are pushing aside, hoping to never deal with it. It's just a comment that we should perhaps prepare to.
Reply to Craig
Maureen Mielke
Cool, thanks for the context.
Reply to Maureen
Craig Goldstein
Sure thing, thank you for reading!
Reply to Craig
Shaun P.
Definitely my top worry, Craig - and not just illness. I am thrilled Major League Baseball is back... But not if it costs someone in the game, or one of their family members, their life. Not if a team has to forfeit games because too many of their players get sick/infected. I am thrilled and excited and also scared. Too many teams play in too many places where the number of cases are increasing, daily. The more I think about it, the less excited I get.
Reply to Shaun
Tony Mollica
Agreed.
Reply to Tony
Bruce
I agree with you. I hope I' wrong, but I don't think any of the major 4 team leagues or college football will be able to finish a season in 2020.
Reply to Bruce
John Johnston
“When one side is responsible for 90 percent of the problem...” Mote bias. It looked 50:50 to me, with both sides being selfish and greedy. Nor is this a good idea; COVID is still a serious threat.
Reply to John
Craig Goldstein
The entire point is that they want it to look 50:50 when it isn't.
Reply to Craig
Christopher Schaffner
Have we not learned yet? He comments on every damn article. John is the holder of all truth. Any disagreement with his world view is bias.
Reply to Christopher
44488
I find myself more than ambivalent--I'm actually dreading this attempt to start the season, and the bad consequences that are almost certain to come.  And what I dread most of all is that MLB (and other sports) will try their hardest to plough through the increasingly tall piles of bodies debilitated and, god forbid, dead.  In doing this, the sports industry will help enormously to propel this malevolent emerging idea that the virus is just another bad thing that happens that we can't do anything about, like gun violence and climate change.
I've already bailed on my only fantasy league, as I can't see a way for any of this to be fun.  I'll try watching games, sure, but how many times I'll be able to stand it when the experience is more like watching "Alien," I don't know.
Reply to 44488