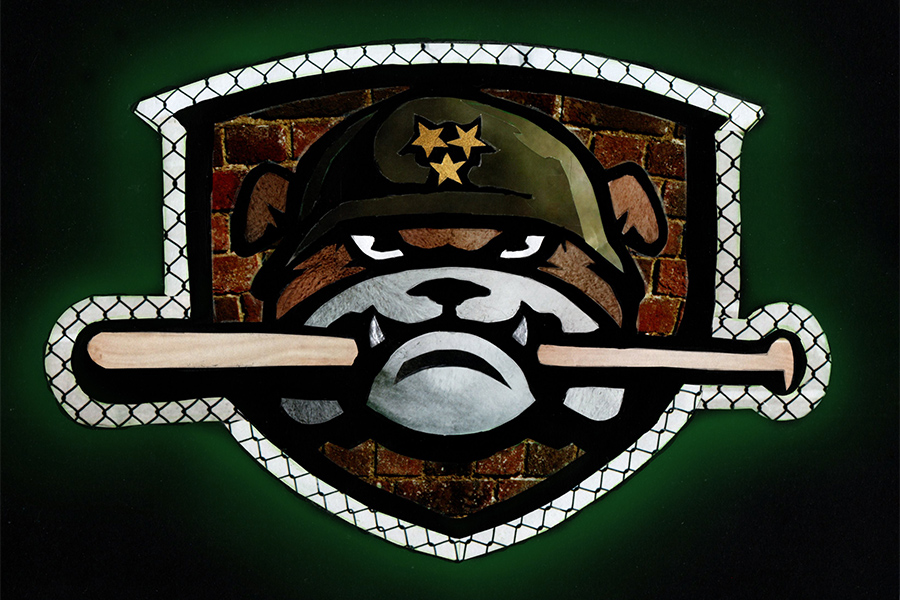 Every Tuesday and Thursday, Too Far From Town shines a light on the 42 (really 43) minor league baseball teams in danger of losing their major league baseball affiliations, effectively leaving them for dead. Today we focus on the Jackson Generals, a Double-A affiliate of the Arizona Diamondbacks. You could take in the previous installments here.

On April 26, 2020, when COVID-19-forced social distancing was in the middle of its sixth week in the United States, a young man broke into The Ballpark at Jackson.

He walked into the broadcast booth of the back-to-back Southern League champion Jackson Generals and discovered a camera. He recorded an almost three-minute long video message. He told the camera he was very bored at home. He was lonely; he didn’t say as much because he didn’t have to. He was reaching out and anyone, anything, would do, with one gloved hand with the thumb exposed for some reason.

He said he was stuck inside, then lowered his head, as if saying his situation out loud gave it some literal weight. Catching himself, he quickly picked his head back up and explained his plan. He was going to leave something on the camera for someone to find, “in case all this gets back to normal”. He corrected himself yet again. He said he was sure someone would find his transmission.

“This thing is bound to open up at some point.” 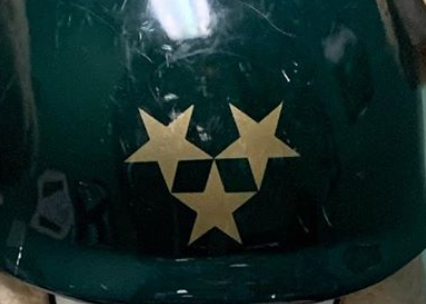 In 2011, after 13 years as the West Tenn Diamond Jaxx, the Jackson Generals named themselves after the Jackson Generals of the long defunct KITTY League. (KITTY was of course a cute acronym for ‘Kentucky-Indiana-Tennessee League’ — only one team was made up entirely of cats.) It was kind of a curious decision, considering the KITTY Generals’ history. They were stripped of their 1935 second-half title and disqualified from playing for the league championship for using more than the maximum of three professional players during the season. They used seven.

In 1939, Generals manager Dutch Welch made Jackson’s weakest batters cork their bats. When the Owensboro Oilers figured out what was going on, the entire Owensboro police force was needed to keep the peace.

Not even their victories were always satisfying. The Generals were up two games to none in the best-of-five KITTY title series against the Hopkinsville Hoppers in 1938. After the Hoppers won Game 3, the Generals were awarded the title — Hopkinsville refused to go back to Jackson because of “cold weather and lack of interest.”

On May 4th, the Generals began their season falling victim to a “classy two-hitter”, losing to Union City on the road by a brutally ridiculous score of 20-0.

The next day was the home opener. The Generals committed 10 errors in front of their loyal fans. They lost 24-1. Five players were released.

Only six errors the day after that. Another loss, but this time a somewhat respectable 10-3 defeat. Two players released, and two players signed.

On the 8th, Jackson dropped both games of a doubleheader to those darn Hopkinsville Hoppers, on Hopkinsville’s “slippery, rain-soaked field.” The Generals probably regretted not using the Hoppers’ 1938 excuse and calling in sick.

On the 9th, the Generals matched the Mayfield Clothiers in the hit column. They lost 12-4. Frank Funk recorded the complete-game win.

Mayfield clobbered Jackson 22-3 on the 10th. The Clothiers turned a triple play thanks solely to the poor eyesight of one of the umpires. Mayfield thought it was funny. Manager Lou Lucas didn’t get the joke nearly as much. But he was starting to, if you know what I mean.

On the 11th, Owensboro beat the Generals 12-5, despite the impressive performance of Lou Lucas at shortstop.

Two miracles occurred on the 12th: the Generals had the lead going into the bottom of the 6th inning, and the Generals and Chicago Cubs reached some sort of working agreement. To The Jackson Sun’s credit, when they wrote about two Cubs scouts who “watched the Jackson team for the past two days at Owensboro to find the weak spots”, they didn’t add “which is to say, all of them!” They also wrote that help in those weak spots would be provided “immediately.” Meanwhile back at the ranch, Jackson blew their lead and lost 8-2.

On the 13th it was announced that the Cubs in fact can’t bring reinforcements until the end of the month. But the 13th brought some good luck: Jackson’s scheduled game was rained out.

The Generals blew a five-run lead in the first game of their home doubleheader on the 15th, but it was the second showdown with Owensboro classified by The Jackson Sun as a “travesty” and a “virtual farce”. The Oilers racked up an 11-2 lead in the 4th (naturally) before realizing the 11:45 curfew was fast approaching and the game was not yet official, so they purposely swung and missed at bad pitches and made outs as quickly as possible to reach a 6th inning. They also had to make sure the Generals were retired in their half-innings at a decent clip. They succeeded (also naturally).

Jackson had pluck on the 16th. Don’t you dare say otherwise. The Generals rallied, coming back from a 14-6 deficit in the 6th to make it a 14-13 affair through seven. The final score of Owensboro 18, Jackson 13 is almost beside the point. Almost.

The Generals next travelled to Paducah, Ky. for a two-game set. Charles Perkins would have hit two doubles in the first game, but wouldn’t ya know it, he failed to touch first. Jackson lost 16-6, giving them a 0-13 record, 11.5 games behind Union City for first place.

On the 18th, Jackson and Paducah were tied going into the bottom of the ninth. Extra innings were not necessary. Paducah got away with committing eight errors.

Following a 22-11 defeat to the Fulton Lookouts, the Generals outhit Fulton on the 20th. They somehow lost 17-8. 64 fans attended the home game.

On the 21st, Jackson lost 9-5. Attendance: 56. The Generals were looking forward to leaving their depressing town, full of fair-weather citizens who actually think they can find more appealing Friday night plans than watching a now 0-17 baseball team. Must be nice. Madisonville, Ky. sounded perfect to the Generals.

At around 1 a.m. on the 22nd, the team left for their 180-mile bus ride. The radiator acted up three hours later. By 5 a.m. Lou Lucas was on the phone with Jackson asking for a second, less awful bus with a friendlier radiator. Jackson said no, just get the awful bus fixed. Repairs were made at lunch time, but the bus could no longer go faster than 40 mph. By 8 p.m. they were still 35 miles away from Madisonville, so from Hopkinsville, Lucas called ahead and requested a postponement of the game. The league president set a 9:15 deadline for the Generals to show up. At 8:45 the bus lights went out. The team stopped in Crofton to make another call to Madisonville, this time asking for cars. Madisonville’s response was basically “Sorry, Uber doesn’t exist yet, so half of our players don’t drive for them as a side hustle that is really a main hustle”, or, put in a more accurate way, they told them to go kick rocks. A truck towing the bus to Madisonville did not arrive in Crofton until 9:30. The Generals were ticketed with a 9-0 loss, the score given for a forfeit.

On the 23rd, the Generals had the privilege of actually playing baseball in Madisonville. They lost 11-9.

On the 24th, the Jackson Generals recorded 10 or more hits for the fifth consecutive game (not counting the forfeit). The Madisonville Miners completed their sweep, winning 13-3. The Generals were now 0-20.

May 29th: 10-4 loss in Fulton, Ky. The Generals failed to get 10 or more hits for the first time in nine games. Player-Manager Lou Lucas was ejected in the 5th inning arguing about a foul ball. Lucky guy.

The Generals made it interesting-adjacent on Memorial Day, coming back down 10-3 in the 7th to only lose 10-9 before Fulton could claim a sweep. $150 well spent by the Lookouts.

The Generals came home for a May 31st doubleheader against Madisonville. They lost the afternoon game 7-5, making them 0-26, breaking the all-time league record in most consecutive hours not remembering what it was like to win a game. In the nightcap, the Jackson Generals finally won their first game of the season in a 10-2 laugher. There were 64 witnesses to this triumph at Municipal Stadium. Meanwhile across town, 600 people attended a Babe Ruth League doubleheader.

The Generals triumphed just in time. Hiram Hopper, owner of both the Jackson Generals and Hiram’s Restaurant at 211 Main Street, announced the next morning, June 1st, he “turned in the franchise,” which is apparently something you could do. Somehow, the Generals would not win more games in June than they did in May. And somehow, Jackson according to Baseball-Reference put together another 18 losses in June without playing a single game, due to more forfeits. Those 18 extra Ls gives the 1954 Jackson Generals a record of 1 win and 44 losses. One of the worst teams in baseball history.

Jackson, Tennessee did not field a professional baseball team for the next 44 years. 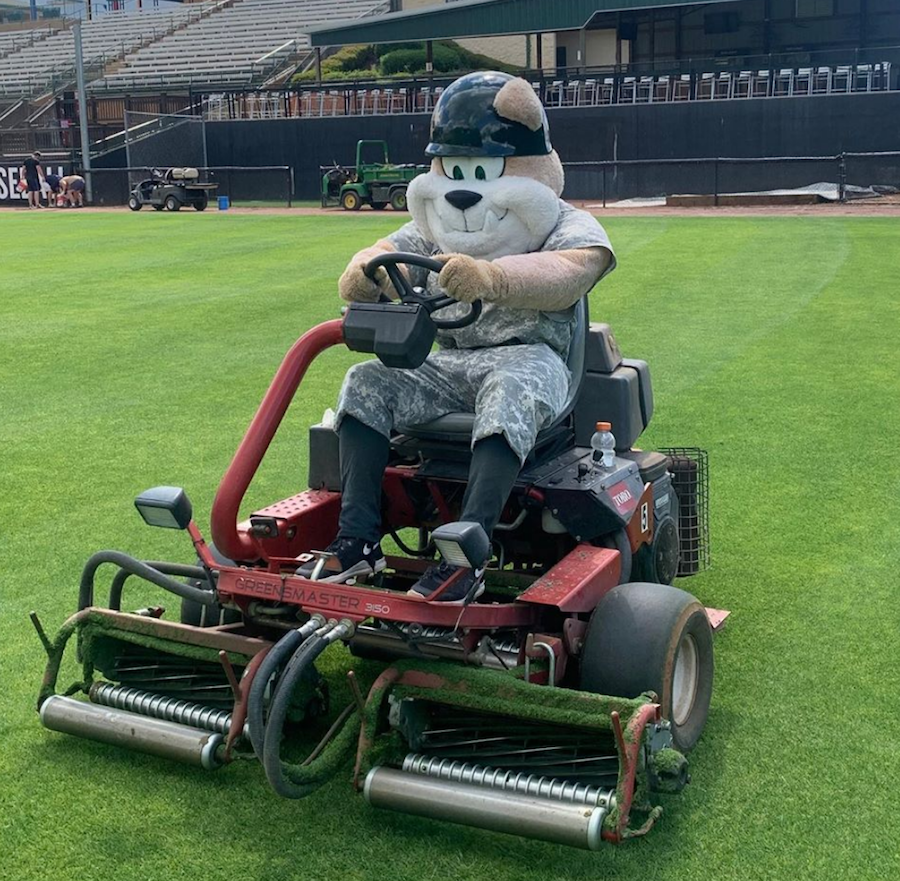 …My jaw is to the floor as I watch him rip off a two-and-half minute testimonial video before he stops the recording and presumably leaves.

The camera was placed right back where I left it. Nothing was stolen. No evil plots were outlined. He wished my family and I well… pic.twitter.com/J9zN97d3gm

The trespasser was right. Someone heard his words, saw his anguish. Things got really, really bad, but the Jackson Generals didn’t simply disappear.