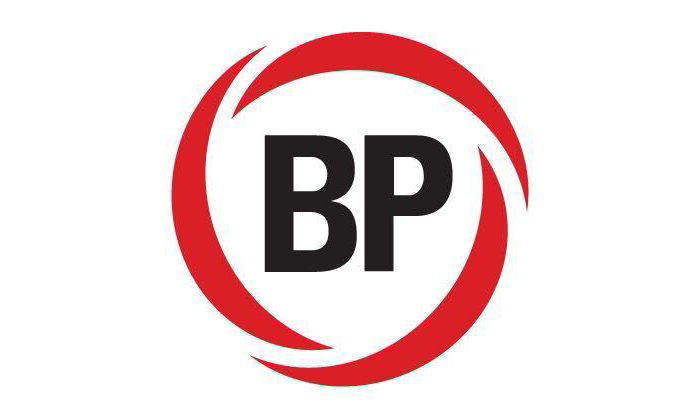 Jo Adell shouldn’t have had to shame us into being better. We should’ve written this column a long time ago.

In a recent article on The Undefeated, Adell called out the scouting community for using coded phrases like “raw,” “toolsy,” and “high-risk” to describe Black players and “high baseball IQ,” “advanced approach,” and “low-risk” to describe white players.

We’ve done that. All of it. Repeatedly.

We call white players gritty and gamers and ballplayers too often. We call Black players athletic and toolsy too often. We nitpick Latinx players’ plate discipline and durability too often. We fall into stereotypes, and we resort to broad strokes—and sometimes even dehumanizing language—when we don’t have anything more insightful to say.

And it doesn’t just show up in scouty jargon. Up until last season we had a makeup box on our eyewitness reports. Those reports are as close to a standard-issue scouting form as we get, and any organization would want their scouts to give their perspective on makeup as part of ordinary coverage.

But from the outside, over a series or two, it’s unreasonable to assume we discern makeup. More often “bad makeup” is a cudgel; vague innuendo at best, rumors you’re dancing around at worst. The same traits that get a white player called “fiery” show up as “emotional” or “out-of-control” for Black or Latinx prospects. Conversely, Black or Latinx players will often be labeled “lazy” or “low effort” when white players doing the same things are labeled “calm” or “laid back.”

We wrote a new Staff Conduct Handbook for our prospect writers before the 2019 season. We included the following passage:

“Please remember that you are commenting — and not always positively — on other humans. Players have feelings and you will sometimes hurt them. Do not be creepy or excessively mean. Assume that the players themselves and their closest friends and family are reading your writing, because they might be.”

It’s a good sentiment, and we hoped it would help avoid the ugly dehumanization common to prospect writing. You’ll hear it when Matt Vasgersian refers to a prospect as “property of,” or a GM talks about the organization’s “cost-controlled assets.” We should always be honest and write what we see—and the vast majority of minor leaguers will not become major leaguers—but our language too often strays into the kind of reductive, balance sheet-type accounting you’d expect from a company that refers to Human Resources as “People Teams.” But we did not include anything in that handbook or in the related Scouting Guide on avoiding racially coded language.

Player comparisons pose a specific problem for us. Too frequently, prospects are comped to players of the same race.

I’m the only black starting pitcher in the league so you automatically get my comp. Lol just like the only comp I got was Tom Gordon. Lol scouts been lazy with these comparisons always! 🤦🏾‍♂️

This is wrong. We need to find players who share common on-field characteristics, not players who look the same.

We need to amplify more BIPOC voices in our community. The majority of our prospect staff is white men. We have been discussing how to improve our staff diversity for more than a year now, but we’ve been struggling to actualize it.

Throughout the industry, we need to call out race-related exploitation when we see it. This week, USA Today published in-depth reporting about teams agreeing to early bonuses with international free agents as young as 12. This comes as no surprise to anyone in the prospect-writing industry. These deals are commonly reported on years ahead of time, often not even pretending to couch it in language like “connected to,” just the bland recitation of the team and the bonus number. They are rarely wrong. Well, unless the team decides to back out of the deal in the intervening one-to-four years.

These prospects have no such ability to find a better deal in the interim. Teams do not stick to these deals out of an ethical obligation to do right by a literal child, only to get a good deal or avoid pissing off buscones. Again: these are actual children being exploited, mostly non-white and from lower-income environments.

We haven’t spoken up enough about all of these issues. We’ve pulled punches to avoid conflicts. We’ve ducked uncomfortable topics. We’ve said we were trying our best or doing as much as we could even when not doing nearly enough.

We can and will be better. We will work to eliminate coded language and mitigate our implicit biases in reports and columns; we will update our handbook accordingly. Our player comps should be rare and informative, based on skills rather than race. We need to do better in our hiring processes and foster a more diverse environment. We need to listen more to voices other than ours and speak up when we see wrongs. We need to stop hiding behind our privilege.

You need to be logged in to comment. Login or Subscribe
Matthew McCann
I have tremendous respect for people who step up into a crossfire they could have avoided and define themselves for the rest of the world to see. Any possibility for change begins with a willingness to see and acknowlege our blemishes. I appreciate your open and honest response.
Reply to Matthew
Michael Jones
So phrases like "athletic" and "toolsy" are racist or racially insensitive words that have never been used to describe white players and from now are deemed to be inappropriate?
Reply to Michael
Craig Goldstein
I'm not sure where you're getting "never" from. It's a frequency and disparity of application issue.
Reply to Craig
brewerstt
The problem would be the same if "athletic" and "toolsy" were used only for white players. The point is that it's possible to have unexamined tendencies in the way we think about people, based on race, not necessarily because we believe the difference is valid but because we're in that habit. What's wrong with trying to avoid that?
Reply to brewerstt
newsense
If you think you have to say "Latinx" when all the players are male, you too have a language problem. Somewhere between mindless conformity and virtue signaling.
Reply to newsense
Ginny Searle
language is constantly evolving. that is its constant. even if if were a reason to use "Latino" rather than "Latinx," not all baseball players are men—happy to link our coverage of the WBWC
Reply to Ginny
jssharo
I recall listening recently to an interview on NPR. The NPR interviewer with the Anglo last name was carefully using "Latinx" during the her questions, while her subject, a Mexican-American writer, was just as carefully using the word Latino in his answers. It was funny and a bit of a lesson.
Reply to jssharo
newsense
It’s clear in the context of the article that all the players in question are male. To say”The language is evolving” is a cop out,
Reply to newsense
Jarrett Seidler
Among many, many other reasons to use gender-neutral pronouns in an article literally about implicit biases, we have an active women's baseball project at BP: http://wbwc.baseballprospectus.com/
Reply to Jarrett
Jarrett Seidler
*nouns; it's still early in the morning
Reply to Jarrett
newsense
A women's baseball project can justas (more?) easily use gender-specific terms as gender-neutral ones, You're making it sound like the project is just an excuse to use gender-mutral forms. This is the exact sort of shallow thinking about language that you criticize in the article.
Reply to newsense
newsense
“Evolving” in this case means following trends without thinking.
Reply to newsense
Craig Goldstein
No one thinks we *have* to say it. They chose to say it in the article, and its lack of discrimination as to who it pertains to harms no one's understanding of what or who is being discussed. There's no problem present here, other than you don't like it and want to complain. It is a broader term for which a more specific one could apply, but its broadness doesn't harm the communicated idea, which is what language is all about.
Reply to Craig
CoachK
Hey, say 3 Hail Mary’s and 2 Our Fathers. There is a confessional in Church...
Reply to CoachK
Steven Rau
This is a good and valuable piece. The more we can bring these types of biases into the light of day, the better we can understand ourselves and each other. And, hey, we'll be better at understanding baseball, too. Thanks for being a voice in the conversation.
Reply to Steven