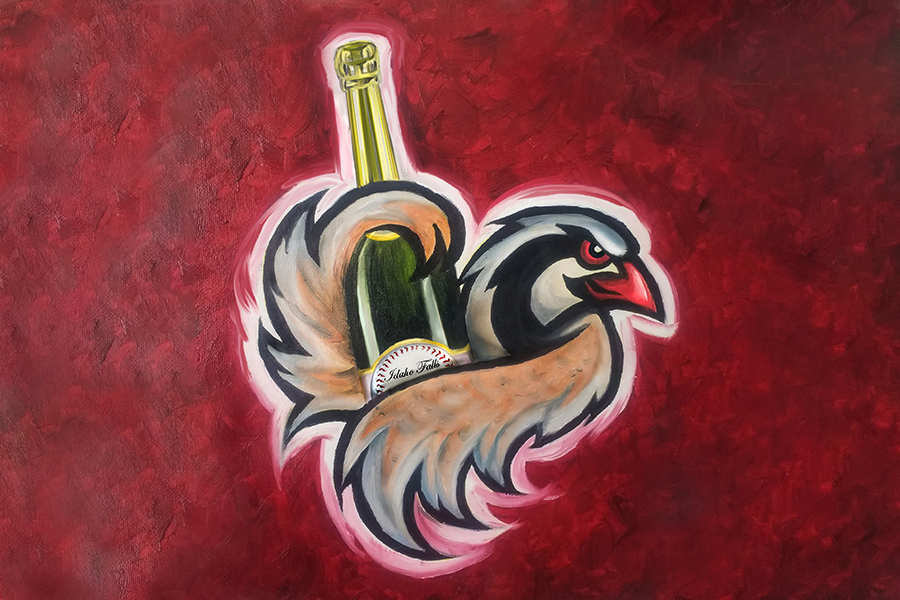 Every Tuesday and Thursday, Too Far From Town shines a light on the 42 (really 43) minor league baseball teams in danger of losing their major league baseball affiliations, effectively leaving them for dead. Today we focus on the Idaho Falls Chukars, a Rookie Advanced affiliate of the Kansas City Royals. You could take in the previous installments here.

Mark Brouhard, Keith Comstock, and Ken Schrom were three young men who spent the summer of 1976, America’s bicentennial, playing for the Idaho Falls Angels. It is unlikely those three knew how good they had it.

Just 15 years earlier, the only recorded fatal nuclear reactor accident in United States history occurred at the National Reactor Testing Station, a mere 1.6 miles away from the ballpark. Three men were killed. They had to be buried in lead coffins.

Brouhard, Comstock, and Schrom are caucasian. Donn Clendenon was not. In 1959 Clendenon was demoted to Idaho Falls, where one year earlier Idaho Falls Russet Jake Wood only saw one other Black person. The Class B Wilson Togs no longer had any use for Clendenon because the Togs had nine Black players, and that was apparently one too many. Clendenon threatened to play football with the Cleveland Browns, which back then was much less of an empty threat. Branch Rickey Jr. and the reserve clause convinced Clendenon to stick with baseball. Clendenon was given $100 by Rickey Jr. for every batting average point above .300 he accumulated for the Idaho Falls Russets. He hit .356.

One night in 1982, Idaho Falls A’s teammates Leon Baham, a Black man, and 17-year-old José Canseco did not have enough money to take the entire cab ride back from the restaurant to their apartment. Idaho Falls police stopped their walk. They were let go after a “hostile interrogation.” “We’re in part of the country where people like José and I weren’t seen all over the place,” Raham said. “We had a lot of problems with the local people and police.”

Canseco was not beloved by his teammates either. He refused to wear shower sandals in the shower. He was always charged with some transgression in kangaroo court.

Brouhard, Comstock, and Schrom avoided Joe Maddon when he made his professional managerial debut helming the Idaho Falls Angels in 1981. He was 27. One time after he yelled at his players, he pulled one of them aside and asked, “Did I sound tough?” Maddon had some maturing and some glasses-wearing/#brand-building to do. 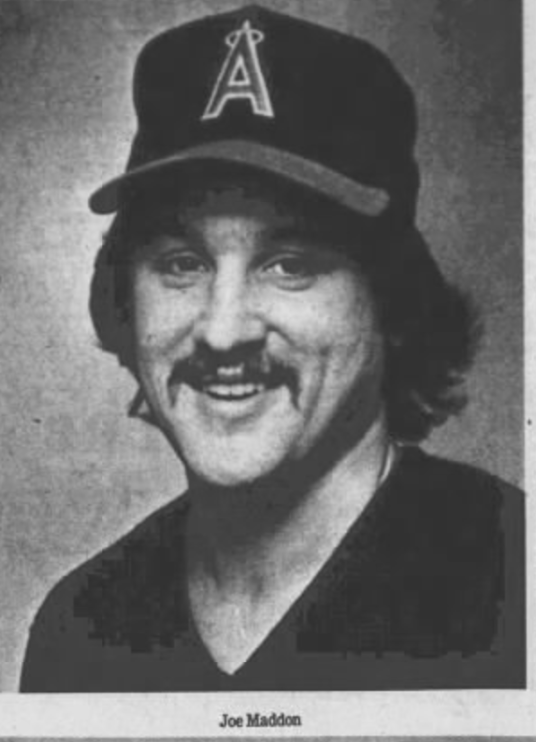 The present day isn’t so rosy either. Don’t talk to the Idaho Falls Chukars about your spoiled 2020 plans. 2020 was going to be the Year of the Chukar, a season-long party at Melaleuca Field. 80 years of affiliated professional baseball in Idaho Falls, at times as Russets (a type of potato), and Yankees, and Angels, and Padres, and Eagles, and for one glorious year during the nineties as Gems, was to be acknowledged and celebrated. As part of the Copa de la Diversion program, the Chukars were going to suit up for a game as Las Madres de Idaho Falls, possibly the first time a pro men’s sports team was going to use a female name and logo. The Chukars also happened to have won the Pioneer League championship last season. Fireworks, a banner raising, replica rings, and bucket hat giveaways were set to salute the accomplishment. Instead, the Chukars might be the last Pioneer League champion ever. Instead, their existence might just…stop.

So Mark Brouhard, Keith Comstock, and Ken Schrom were three fortunate young men when they chased their dream of making the big leagues together. One day, they decided to buy a bottle of vintage champagne. It would be a trophy. Whichever one of the three played baseball the longest would keep it.

Comstock was a 5th round selection by the Angels, a left-handed pitcher used effectively by his manager the way Craig Counsell uses Josh Hader. 17th round pick Ken Schrom, a righty hurler, seemed like the wild card. He turned down the starting quarterback job for the Idaho University Vandals to play baseball — he must be at least decent with the pitching thing, right? Mark Brouhard, a 4th rounder, was a masher. People love dingers. They never go entirely out of style.

Brouhard made his major league debut as a Milwaukee Brewer, playing first base during garbage time in an 18-1 rout over the Red Sox on April 12, 1980. Ken Schrom first trotted out of the Blue Jays bullpen almost four months later. Comstock was a West Haven Whitecap in 1980. He was still in the minors in 1983 when he was traded from the A’s to the Tigers for $100 and a bag of balls, which he had to deliver himself. That year he felt like quitting, but later claimed he didn’t because he owed $185 on his Chevy station wagon. He also figured, correctly, that as a lefty pitcher there would always be room for him somewhere. He reached The Show in 1984 as a Minnesota Twin. He pitched in Japan for the next two years, then for the San Francisco Giants, San Diego Padres, and Seattle Mariners. There was some time spent with the Triple-A Las Vegas Stars along the way. He was a respected veteran in Vegas, and he used his status to make history. Comstock convinced the exciting up-and-comers, whom the baseball card photographer really wanted to take photos of, to refuse to sign their contracts unless Comstock could take his photo the way he wanted to. And that is how Keith Comstock was photographed taking a baseball to the crotch.

Comstock won the champagne bottle. He told Sports Illustrated in 1990 he was not going to pop the cork until after he was done playing. A year later he threw his final pitch.

A book written by Mike Murphrey with Comstack was published last November. It is titled The Conman. The book is labelled “sports fiction”, but the cover warns it is based on a true story. It’s about a pitcher named Conor Nash. Nash is forced to grapple with his forced retirement after a 16-year career. Not knowing what his future will hold, nor who he is without playing the game he has played for so long, Nash climbs a mountain, and drinks a bottle of champagne. Even in fiction, it’s hard to stop after a victory.