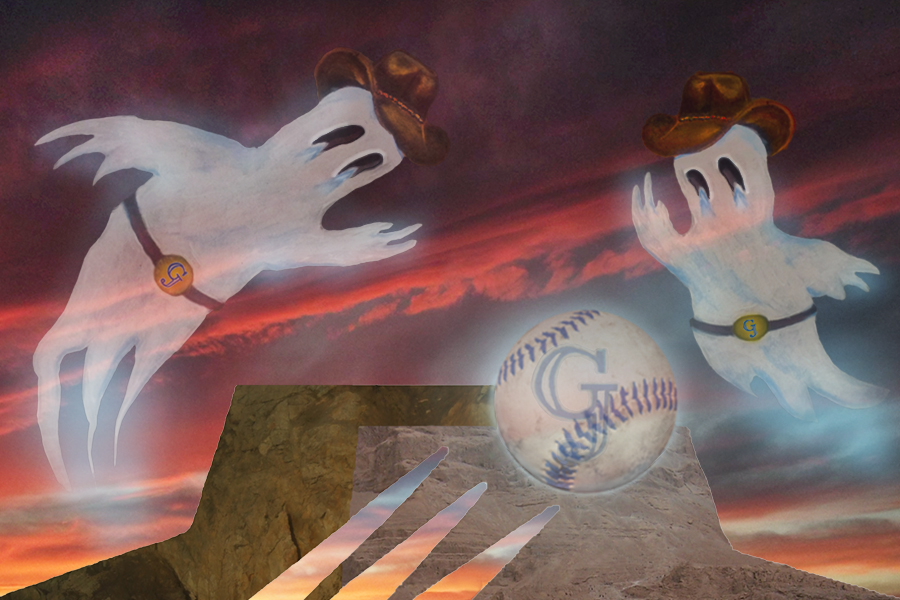 Every Tuesday and Thursday, Too Far From Town shines a light on the 42 (really 43) minor league baseball teams in danger of losing their major league baseball affiliations, effectively leaving them for dead. Today we focus on the Grand Junction Rockies, a Rookie-level affiliate of the Colorado Rockies. You could take in the previous installments here.

Ghosts. Wraiths. Specters. Phantoms. What are their deals? Are they real? Anyone living with a cat can tell you cats stare at spaces seemingly unfilled by any being, alive or deceased. Do cats have imaginary friends? Or are they looking at g-g-g-ghosts? I think the latter is more likely than the former. That is not some convoluted insult towards felines; I just know some intelligent people who typically come off more as a Special Agent Dana Scully than a Special Agent Fox Mulder who have sworn they have had some sort of personal experience with a spirit.

One of those people was my Uncle Danny — I will note right now he was unfortunately not the MMA athlete. Danny’s brother Walter, who died in a car accident years earlier, appeared to him in a dream one night and pleaded for Danny to help him. The following two evenings featured the same nightmare. A presumably very tired Danny then drove to the cemetery, where he saw that Walter’s tombstone was face down on the grass. The tombstone was erected. No more Walter ghost. He moved on.

Moved on where? Where do ghosts go after their business is settled, or they get tired of haunting their jerk boss, or finished scratching their voyeur itch? The nature of Post Ghost — I will note right now Post Ghost is unfortunately not a current punk-pop band name — if you will. This is where the Grand Junction Rockies (finally) come in. Before Colorado Rockies ownership purchased the minor league franchise and moved the club to Grand Junction in 2012, the team was based in Casper, Wyoming, and from 2008-2011 were known as, oh no, but oh yes, the Casper Ghosts.

Announced on Halloween (obviously), Kevin Haughian answered our number one and two questions regarding naming any sports team the Ghosts.

“I think I can say with confidence that we’ll be the first Minor League team that is looking forward to hearing lots of boos,” remarked club CEO Kevin Haughian. “I originally wanted to be the Casper Weinbergers, but we figured no one would get it.”

Take it easy, Kevin Haughian’s heat check in 2007. Plan B Branding proclaimed they supplied the Ghosts with the first ever glow-in-the-dark hats, and the club announced an agreement with Classic Media, the rights owners of Casper the Friendly Ghost.

Yet, the ghost logo looked none too familiar, nor friendly. 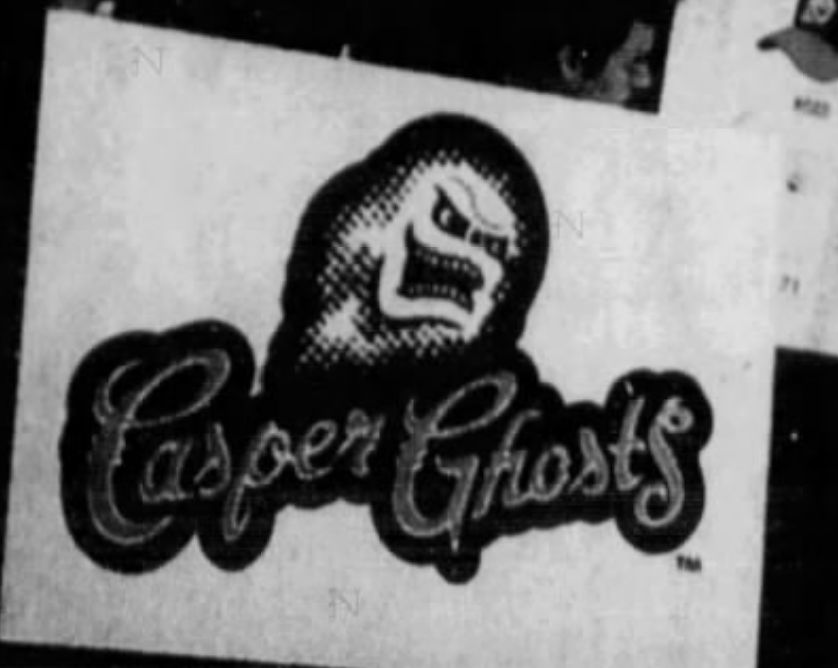 And their mascot? Hobart the Platypus. It’s a long, non-ghost related story.

One-time Ghosts include Nolan Arenado (2009) and Trevor Story (2011). Trevor’s, sure fine, Ghost story is he was either playing ball, practicing, or hanging out with his teammates at his host family’s basement or feeling good in the neighborhood at Applebee’s, supposedly the only establishment open in Casper after games, and he insisted he was going to replace Troy Tulowitski someday. Okay Trevor in 2011, relax and enjoy your Southwest Lime-Grilled Chicken Bowl.

But I was mostly curious about the players on both the 2011 Casper Ghosts and the 2012 Grand Junction Rockies rosters. Technically, kinda sorta, they did not change teams, and they were no longer ghosts — they had moved on.

There were nine young men who were on the last Casper Ghosts squad and the inaugural GJ Rockies roster. Julian Yan in 2012 was considered by his manager to be the ‘toolsiest’ player in the Rookie-level, and then he was considered in the press to be nothing at all.

Carl Thomore became a “director of inside sales” at a “private jet charter flight membership company.”

Alving Mejias literally learned to stand taller on the mound at Grand Junction before evolving into a scout for the Rockies.

The same with Raul Fernandez, whom Rockies catcher Tom Murphy said was the hardest thrower he ever caught.

Kyle Roliard called his Grand Junction host family once a month for at least a couple years after he left; today he’s a physical therapist in Arkansas.

Miguel De Leon became the first Grand Junction Rockie ever to hit a home run. He was also the first to receive a promotion. It was to the Tri-City Dust Devils.

Sadly, Patrick Johnson too succumbed to a warmer place, pitching the last two seasons for the Diablos Rojos del Mexico.

So ghosts become something else. This feels like a huge scientific breakthrough? There’s more work to be done. All we seem to know is that after you are a ghost, you are not a federally-protected endangered fish native to the Colorado River. 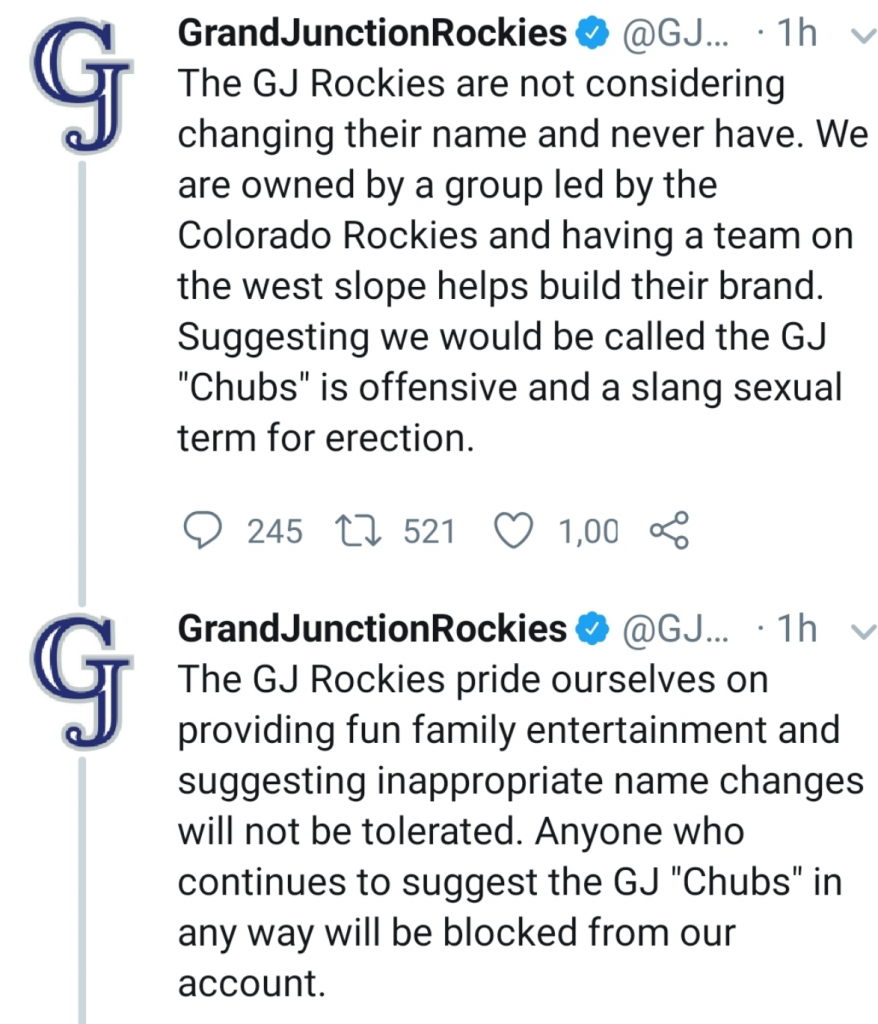