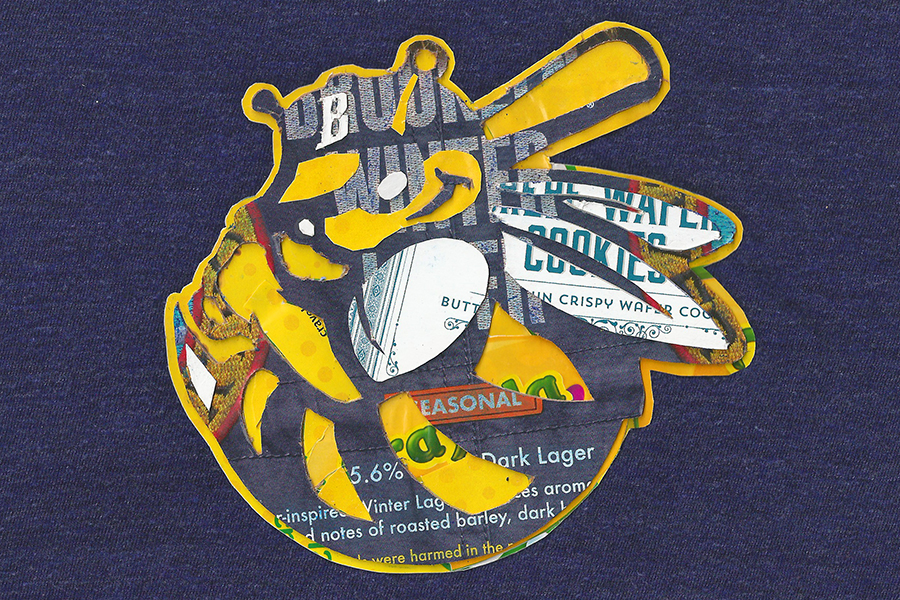 Every Tuesday and Thursday, Too Far From Town shines a light on the 42 (really 43) minor league baseball teams in danger of losing their major league baseball affiliations, effectively leaving them for dead. Today we focus on the Burlington (Iowa) Bees, a Single-A affiliate of the Los Angeles Angels. You could take in the previous installments here.

It was around 11 p.m. on the first Saturday of the last February of the 1970s when state and local law officers raided the 12th annual Burlington Bees fundraiser. According to the Des Moines Tribune, more than 250 civilians inside the Burlington Memorial Auditorium were treated to a steak dinner, drinks, games, and qualified for a chance to win a $5,000 cash prize drawing. Each one paid $50 for the evening. Basic math says the Bees were having a good night for themselves. A fire destroyed Community Field in 1971, and they still needed nights like these to fully rebuild. The authorities had no problem with baseball per se; they took umbrage over the ambiguity regarding whether or not the gambling was, in legal terms, legal. They settled for the time being on no arrests and on taking $1,000 and the “chuck-a-luck” wheel. Bees General Manager Merle Miller was not pleased.

I didn’t even get to eat my steak; I waited too long.

Seven weeks later, Miller was fined a measly $50. But he was no longer the Bees GM.

When bad things happen, we try to take a lesson out of it. We might as well, right? So what was the lesson here? Go vegan? Maybe. Don’t wait for your life to begin? Possibly. Does that story compel you want to tell the GrubHub delivery person you’ve gotten to know all too well over the last two months you have developed feelings for them before it’s too late? I don’t know, and besides, that is your business. I for one am skeptical. Sometimes crappiness walks through your door, and you just got to sit there and pretend you do not mind or else you will somehow make it angrier, and eventually, hopefully, you go back to your quotidian existence and your regular, more or less manageable set of problems.

What was the lesson to be learned after the May 7th, 2014 mess? The Bees were up 17-1 through five innings. You know how stories work; they somehow blew the lead. It’s even worse than that — they lost to the Clinton LumberKings 20-17 in 12 innings. So their shame was extended by another third of a regular-sized game.

It happens? Not really actually, but let’s pretend it does for a second. The lesson is don’t skimp on the bullpen, never take a lead for granted, go ahead and steal that base because the unwritten rules aren’t written, and the possibilities are endless in baseball? It will never get worse; let’s go out there and start streaking?

Recently, Iowa Senator Chuck Grassley claimed he was told by Major League Baseball deputy commissioner Dan Halem that the Quad-Cities River Bandits, Cedar Rapids Kernels, and Iowa Cubs were safe from contraction. This is good news for the River Bandits, even if sometimes people lie to get people off the phone. This is strange, confusing news for the Kernels and Iowa Cubs, who were not on the list of 42 teams in danger of losing MLB affiliation in the first place. It seems like unequivocally bad news for the other two Iowa teams, the LumberKings and the Bees, who were, of course, very much on the list unofficially titled 42 Skidoo’d.

The lesson? Change the meat karma.

Current Bees GM Kim Parker won the Rawlings Woman Executive of the Year Award last year because she found a lesson in the Merle Miller steak misadventure (and 2019 attendance was 26.5% higher than the year before). Instead of whining about not getting fed, she enthusiastically brought the food to the masses last Thursday for a lunch time pickup at the Community Field entrance, referred to by the local news as “Buzz-thru Curbside Food Service.” Parker ebulliently explained (through a mask of course) she was happy to have the monotony of the last month or two broken up by a type of “temporary chaos” she is used to during this time of year. The first order of the day of 60 hot dogs set the tone. Parker explained she will drop off any leftover food on Charley and his brother Dancin’ Bobby’s doorstep. Dancin’ Bobby is a longtime unofficial mascot of the team, someone who was there the night of 20-17 in 12 innings, and virtually every night years before and since for as long as people remember. The news had footage of Bobby dancing on file, all queued up and ready to be played when he was name-checked.

Like Miller, there was some meat related chicanery — Parker would only describe what is presumably the “macho” of the “Macho Nacho” – the food item the Bees are “known for” — as “a type of meat.” Some things never change.

One of the truly galling things about Major League Baseball’s plan to save money by dismantling one fourth of the minor leagues is their complete indifference to what and whom they’re erasing. Burlington, Iowa has had a team since 1889. At first they were called the Burlington Babies, and if that in itself isn’t a compelling reason to keep them around then I don’t know what is. It’s infuriating to see a team that’s been around for nearly five generations—a team that’s been around for more than half the time that America has been a country—get shut down, when its parent team is younger than my dad.

Burlington had a baseball team before the Wright Brothers invented the airplane.

The cardiac pacemaker is older than the Angels.

The microchip is older than the Angels.

Burlington had a baseball team before bottle caps. And the Phillips-head screwdriver. And the charcoal briquette. You couldn’t tailgate at a Burlington Babies game, because no one had even invented grilling.

The microwave is way older than the Angels.

Burlington had a baseball team before basketball and volleyball were even invented.

The Angels are — again — younger than my dad, and my dad’s favorite question is, “Do you take Apple Pay?”

You need to be logged in to comment. Login or Subscribe
Jeffrey Hill
Is the Merle Miller here the same one who went to Arizona and started up several minor league teams in baseball and hockey? Then the Tuscon Bowl, I think?

"Merle Miller" won the minor league GM of the year in '68 and '74. Any relation to this one?
Reply to Jeffrey
Roger Cormier
It's pretty likely, since the Merle you mention graduated from Burlington High School. But his time with the Bees did not make his profile in the Pima County Sports Hall of Fame sadly.