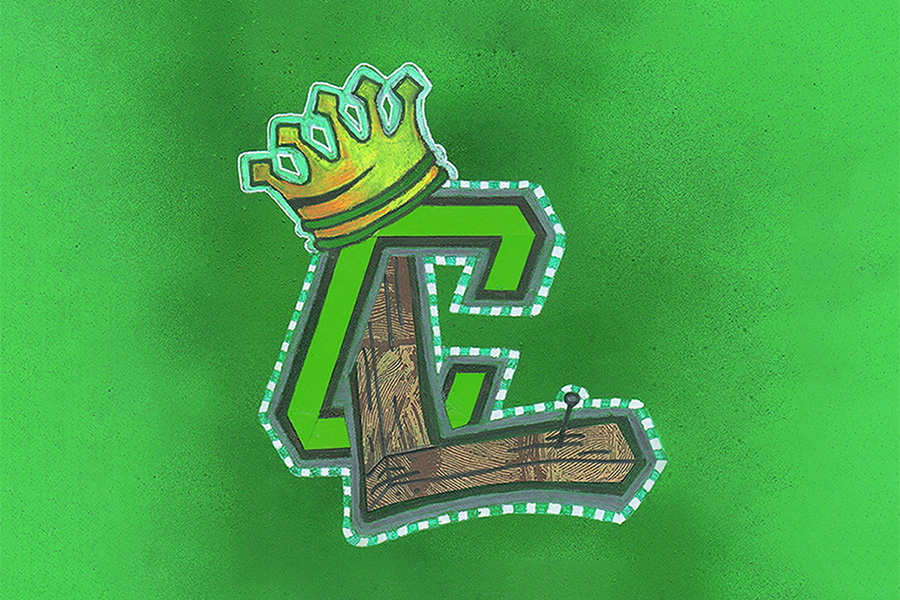 Every Tuesday and Thursday, Too Far From Town shines a light on the 42 (really 43) minor league baseball teams in danger of losing their major league baseball affiliations, effectively leaving them for dead. Today we focus on the Clinton LumberKings, a Single-A affiliate of the Miami Marlins. You could take in the previous installments here.

Son, I don’t want you going to Alliant Energy Field anymore. That mascot Louie bulked up, a year after they had that Steroid Awareness Night when they just so happened to win 16-2.

Son, we come from Clinton, Iowa. I don’t see why you don’t volunteer that information to the world. 13 millionaires live here, more millionaires per capita than any town or city in the U.S. of A. We left King George III six score ago to genuflect to the Mississippi River and the inventor of sawmills instead. We made off like bandits in that trade. We never need to ask for anything ever again.

What the hell did that Matt Williams kid mean when he said Clinton is perfect for him because there are no distractions? He’ll never get anywhere with that attitude.

Son, did you get your 10th win tonight?

Steve Sax is not going anywhere if he can’t work a suicide squeeze properly.

Actually we met on Thirsty Thursdays at Alliant Energy Field. Or maybe it was Ashford U Field by then? Whatever.

Yeah, she talked about Kurt at the Curtis Mansion in Clinton. I miss him.

That Ian Kinsler kid is kind of cocky, but he plays the game the right way, whatever that means.

As I look at Riverview Stadium, I can’t help but thank God for the WPA.

Son, were you at Fifth Amendment Night at Alliant Energy Field even though you were grounded? Don’t you McGwire me.

Did you hear about the Iowa U. kid shadowing the LumberKings? Lil’ Shakespeare drove some of the players to Wal-Mart a few times and spotted a postcard from Derek Holland on Grandma Betty’s fridge thanking her for the candy and thinks he’s Roger Kahn.

Son, I don’t want you going to Riverview anymore. That Don Bacon was rightfully suspended for physically brawling with an umpire. President Johnson should seriously consider spanking him.

I don’t care what you say, I can smell the corn syrup from the damn ADM factory more than the ethanol.

Actually, we met on Thirsty Thursday at Riverview. Or was it Alliant Energy Field by then? Hon?

Son, I’m sorry I grounded you for three months for yelling “Dick Lines” over and over again. I didn’t realize he threw a no-hitter. But you’re still not allowed to leave the attic. The way you said “Six of Lines’ last nine victories have been shutouts! Nice!” was an indescribable type of disturbing. Gave me the willies. Sleep tight. President Eisenhower will give you a spanking in the morning.

Son, Don Bacon is only 27 and he led Clinton to their first title. He’s a grand influence. You could learn a lot from him.

Oh boy, did you hear? Vonnegut finished that Dresden book. He made the character whose obviously him “unstuck in time.” What the hell? It’s like he wants to be forgotten.

Son, I’m as happy as you are Beaverton, Oregon’s own Chuck Wanke threw a no-hitter for our Clinton boys, but the nonstop giggling is too much. Stay in the attic. President George H.W. Bush will be here in the morning for your spanking.

They should really move that Gorman Thomas kid to the outfield.

His name is literally Orel Hershiser and you think he’ll be any good? He’s a reliever in Single-A for chrissakes! Have you been inhaling the corn syrup again?

Son, do you even know why you’re pointing and laughing at Don Bacon shaking hands with the Oscar Meyer guy? President Kennedy is busy, but fortunately Vice President Lyndon Johnson was more than happy to fly in and give you a spanking in the morning.

Yeah Dad, I got a perfect game.

You need to be logged in to comment. Login or Subscribe
Jon Crate
My father collects hats from minor league teams and the old Lumberkings hat he had was always my favorite. That was when their logo was a king swinging a board with a nail in it. It was glorious.

His collection is actually more impressive when you consider that he has never bought one online. His whole life he's only picked one up from a team shop if he's in the area. He used to travel for bowling and fastpitch softball tournaments a ton when he was under 50 and that took him all over. Also does the same thing with small college sweatshirts.
Reply to Jon
yayroger
That's really cool.
Reply to yayroger
Jon Crate
Thanks. He's a pretty interesting guy. Still bowls a league average of 210. Could probably still catch fast pitch now even after catching for almost 40 years. His genetics are insane, he's had only 2 knee scopes over his career. Looks like he's in his early 40s. Name a college and he'll tell your their team name, can't remember the last time he was stumped. Just overall great at all kinds of trivia, nothing leaves his head.
Reply to Jon
yayroger
I hope you inherited said genes.
Reply to yayroger
Jon Crate
Ha, in some ways yes. Resistance to injury, more youthful look. I always say I'm stretching his genes to the limit because I have so many "potential" health problems that have never really gotten bad enough. I'm seemingly "pre" everything.
Reply to Jon