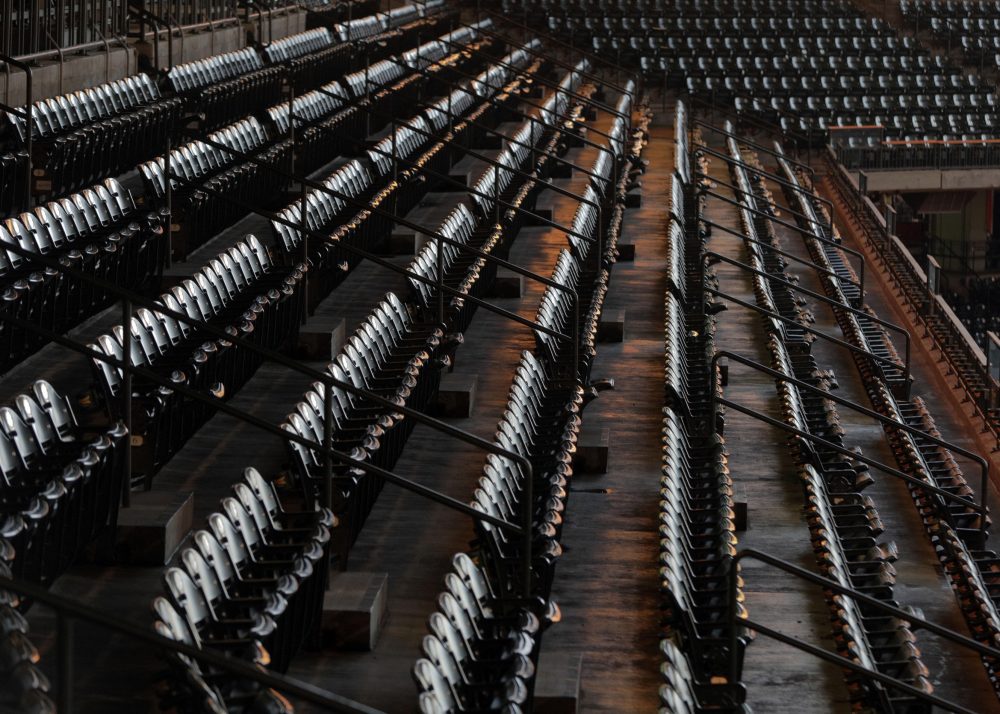 Major League Baseball effectively now sits in a quarantined state. The most recent guidelines from the Centers for Disease Control and Prevention state that gatherings of 50 or more people should be postponed for another eight weeks, which effectively rules out live baseball being played in front of a crowd until at least mid-May. Assuming that there would have to be at least some sort of “spring training” at that point, the season might not start until June, and that’s assuming that this current COVID-19 unpleasantness is cleared up by then, and that’s not a guarantee.

As someone who works in public health, I fully understand the point of the “social distancing” that we are all now becoming familiar with. It’s necessary. COVID-19 is a real public health emergency. However, I’m also sad about baseball being delayed. The 2020 season will forever be remembered as the COVID-19 season, and I guess we now have to start saying things like “assuming any of it gets played.” We’re stuck with no season until at least June, and maybe even July, and then after that, whatever season emerges will be one of the strangest ones in history. It’s been since 1995 that MLB hasn’t played a full 162 game schedule.

So, what to do in the meantime to fill the baseball-shaped hole in your life? I have a few ideas for you beyond the usual “fire up your favorite baseball-related video game or watch old games on YouTube.” Sure, you can do that, but I decided to go for a few things that are a little more esoteric. Feel free to use them all.

We won’t have actual games for a while, but the joy of baseball is that we have a treasure trove of old baseball games in audio and video format that people can access. Since we have all those old games, what if people spliced some of them together to make new games with fun new subplots? I doubt anyone could do it seamlessly, but there are video editing programs out there and a little creative license never hurt anyone. Create your own baseball universe. Alternately, if you’re a fan of baseball on the radio, chop up some old tape. Or write your own baseball game. It’s hard to do a three-hour radio play, but see if you can create a whole game.

A few years ago, there was a small fad for a game that’s still out there, called Geoguessr. The idea was that you were dropped into a place (using Google Street View) and you had to figure out where in the world you were just based on the scenery. Every once in a while, I come across an out-of-context baseball picture and try to do the same thing. Identify when/where the picture was taken, based on the clues in the picture and the historical record. Sometimes they’re baseball-related clues, but sometimes they aren’t.

For example, this meme made the rounds a few years ago when the Braves somehow ended up with both Upton brothers (Justin and Melvin/B.J.) at the same time. But when was the background image of Turner Field taken? None of the players are identifiable, but the ads on the scoreboard place it in 2010, the auxiliary scoreboard showing an upcoming “Bark in the Park” event (one of which happened on August 29th), and the fact that the Mega Millions jackpot was a mere $12 million, meaning someone had won it recently. In fact, someone won the jackpot in August 27th, 2010. The next night, the Braves played the Marlins (and beat them 12-3) with a reset jackpot and Bark at the Park the next day.

Want a good starter kit for this exercise? Watch the video for Dire Straits “Walk of Life” It features a bunch of bloopers from the early 80s. See if you can identify every one.

3) Dream up crazy scenarios for how the 2020 season might eventually play out.

This one isn’t all that out-of-the-box but before all the MLB teams sent everyone home, there was some talk that teams might start playing games without crowds. There was even talk of teams playing at their spring training homes and at least broadcasting the games to fans, even if the fans weren’t allowed to be there. That lead to the rather difficult question of how that would work logistically. The logic behind using the spring training homes would be to eliminate unnecessary travel. However, the Cactus and Grapefruit Leagues are a mix of NL and AL teams, so teams would be jetting back and forth from Florida to Arizona … unless the teams swapped compounds with one another. Perhaps the AL could play in Florida and the NL could play in Arizona. (Arizona is nice because all of the Spring Training sites are effectively in Phoenix and its suburbs, but the Florida teams are all over the place, several hours bus ride away from Tampa down the Gulf Coast, and then over to the ocean side.)

Or, instead of teams trading off, since it’s already kind of weird, what if we just had a season of the Cactus and the Grapefruit Leagues. Another problem is that both states play host to 15 teams each. While the American and National League solve this with interleague play every day, this scenario would pretty much eliminate interleague play between Grapefruits and Cacti. To fix this, the Rays can go play at their actual home at Tropicana Field in Tampa, and a team from Arizona can take over their Port Charlotte spring training facility, bringing the Grapefruit League to 16 teams and the Cactus to 14.

Now, to minimize even intra-state transit, we can group the teams together into “divisions” by geography, sort of the way that it’s done now, even though the Atlanta Braves of the NL East are further west than the Pittsburgh Pirates of the NL Central. So here are the divisions that I put together, along with each team’s projected PECOTA wins for the regular 162 game season that was supposed to happen.

That North Side of Phoenix Division is looking … interesting. The projected division winning Padres would be projected for last place in the Phoenix division. The Grapefruit League looks … shockingly like the American League, with the exception of the Mets snagging a Wild Card.

I guess we’d have to figure out the whole designated hitter thing. I suppose we could play it with “original league rules” sort of like how the DH is handled in interleague games. The current National League teams would have the pitcher bat in their “home” parks. Now, we just need to find a place for the minor leaguers to play, and we’re all set.

OK, since we’re having a fun fantasy, let’s just go there. If the season really does start in July or August, it’s not going to leave much in the way of actual time to play a season that really means anything. A July start date would cut the season to roughly half of its length. If the season doesn’t start until August, teams might have time to play 50 games or so. It’s tough because now we have to contemplate the idea that there might not be enough usable time in the calendar to have a baseball season.

So, let’s just do this. 30 teams. The Astros and Nationals get a bye into the second round as defending champions of their leagues. Single elimination tournament, played in five-game series increments. Every week, the winners go ahead and the losers … go home. Using the seeding from last season:

This is an idea for broadcast networks that are now looking to fill time for baseball games that they thought they’d be broadcasting. Every team has a glory season, or at least a decent season in their recent past. A lot of networks will probably run “greatest hits” type specials where they play the really good games from the past few seasons. I’d like to propose something different. If you have the old tapes from that glory year, why not play all 162 of them in sequential order. Even the losses. Even the not-very-interesting 8-3 wins. Every night, drop in one game, so that people can re-live how it was to rise and fall every night with the team. Sure, you know where it’s going, but you might not remember all the details. So much of baseball is the nightly commitment to listening to and following a team over six months.

For people stuck inside for an extended period of time, it might be nice to relive that, even if you can’t have the real thing.

Stay home people. There’s not going to be live baseball for a while, but there are still ways to love the game, even in this extended off-season and even if it is an entire season off.

You need to be logged in to comment. Login or Subscribe
Adam lang
I'm thinking of shifting our league to some video game based league. Or sumptin.
Reply to Adam
Robert Hightower
Tigers have a chance!!
Reply to Robert
Anthony Worrall
Well, there not out of it :)
Reply to Anthony