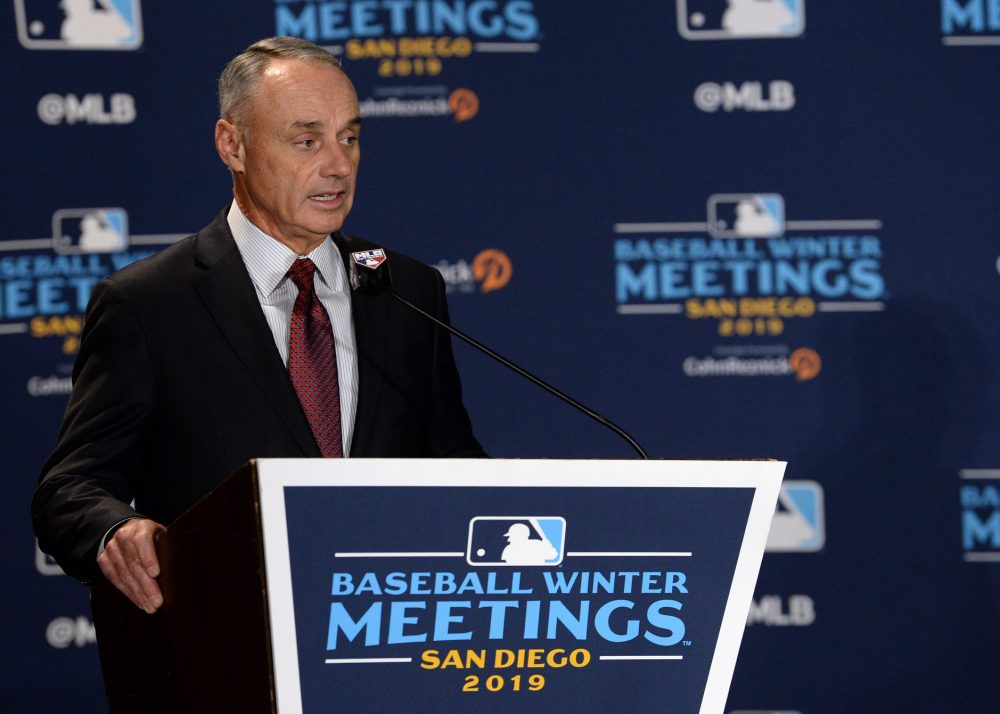 Today, March 12, 2020, MLB is set to officially suspend operations due to the coronavirus, COVID-19. Spring Training is suspended, over for the year, and Opening Day, originally scheduled for March 26th, has been delayed at least two weeks. Clubs are prepping for their various organizations to go into “work from home” mode. MLB has asked players to remain in proximity to team spring training sites and medical staffs, but has no expectation of their presence around facilities. As widespread concern builds along with the possibility of millions of infections in the United States alone, various other American leagues including the NBA, NHL, MLS, and the NLL (National Lacrosse League) have already suspended their seasons.

ALSO READ: WHAT DOES CORONAVIRUS MEAN FOR MLB?

Utah Jazz forward Donovan Mitchell tested positive for coronavirus days after teammate Rudy Gobert mocked pandemic concerns in front of media, solidifying the threat the virus poses to even finely-tuned professional athletes. Mitchell’s father is a Mets employee, and was recently in attendance of a Jazz game prior to returning to work with the Mets. It has become apparent continuing with public sports events is irresponsible at best. The no-attendance model professional leagues experimented with in Japan, Italy, and Korea is no longer viable.

It’s unclear what coronavirus means for MLB’s 2020 season as a whole, but the league has made it clear it will not commence as planned. Baseball Prospectus implores you to be safe, wash your hands, and consider not just your own safety and health but those of others, especially those who are infirm or immunosuppressed. This should be the case at all times, but especially now. We encourage you to think of the entire community as we await the return of our great game.

(03/12, 18:51 EDT): With the announcement Illinois Governor J.B. Pritzker asked owners of all Illinois sports franchises not to hold events before May 1, at least two baseball franchises won’t be playing in their home ballparks three weeks longer than called for by MLB’s current postponements.

(3/13, 17:05 EDT): A day after the suspension of the 2020 season was officially announced, we have significantly more information about the league’s plan. It appears unlikely the regular season will commence before May.

Players are no longer being asked to remain in camp (though they have that option, and will continue to be receive housing allowances should they stay). Players whose homes are outside of the United States are being advised not to return, should issues arise with re-entering the country. Illitch Holdings has announced a $1 million fund for Tigers part-time and event staff affected by the cancellations and postponements, though it is presently unclear if other teams will follow suit.

This post will be continuously updated to reflect new information.