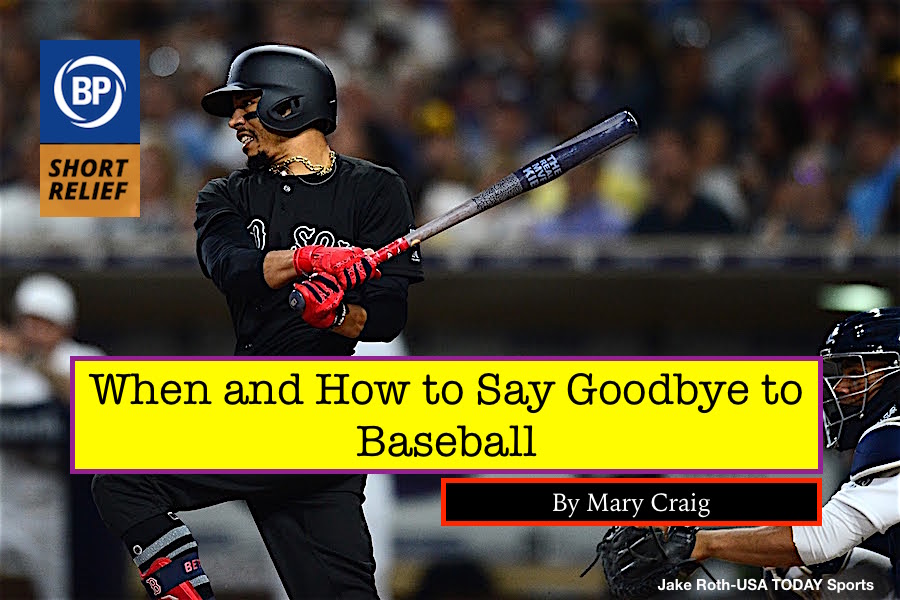 I’ve been pretty fortunate as a baseball fan, having seen my team win four championships in my lifetime. Comparatively, I have little to complain about, at least as far as on-field success goes. This offseason, though, I have seriously contemplated abandoning the Red Sox should they trade Mookie Betts. I’m not sure I would stick to my resolve on this matter, because Red Sox baseball has shaped my life perhaps more than anything else, but the thought has been there more often than not.

On the surface, it seems obvious why this would be the breaking point. Mookie Betts is a generational talent who has the personality to match. He’s a player teams should be clamoring to acquire and who the Red Sox should be eager to retain. Yet, we exist in a world in which every single team is too cheap to pay even a fraction of Mookie’s actual worth. The past couple of offseasons have demonstrated that we exist in a society that is fundamentally unfair and which punishes those who seek to even the playing field. It’s not broken in the typical understanding because it’s designed to operate this way, but it is broken in that it breaks us and dares us to abandon the goodness inside us in the adoption of a more cynical, isolationist outlook.

This last part, the distortion of the human condition, has weighed on me recently. If I was my ideal self, I would have abandoned the Red Sox long ago, perhaps after they kept Steven Wright on the roster following his domestic violence accusation, or during all of the years in which Yawkey Way existed. The Red Sox have spent decades failing to compensate for their racist history and therefore maintaining a racist present. They’ve given me reason after reason to end my fandom, and I’ve rejected every one of them. There have been so many things I’ve believed I could overlook or help change through some sort of conscientious fandom.

So why now? Why is this so much worse than racism or domestic violence? Is it simply just that I’ve finally become less cowardly? Or have I yet again simply given myself an out that I know is not likely to actually materialize?

We like to discuss our fandom in passive terms –– as something that happened to us and to which we are beholden in some way. Even now, in this piece, I’ve talked about it as something I’ve attempted to escape. The truth is, though, that every single day, we actively decide to ignore the questions I’ve raised or believe that even asking them in some way is enough. In our relationship with baseball, at least on the individual level, we have the power. We can determine how much of our life we give to it and when we should end the relationship. Pretending otherwise allows us to feel less guilty about the things we choose to forgive. It enables us to believe that we have a strong sense of morality without ever having to act on it. It makes life easy. But it also moves us further from the best life, the life for which human beings should strive. 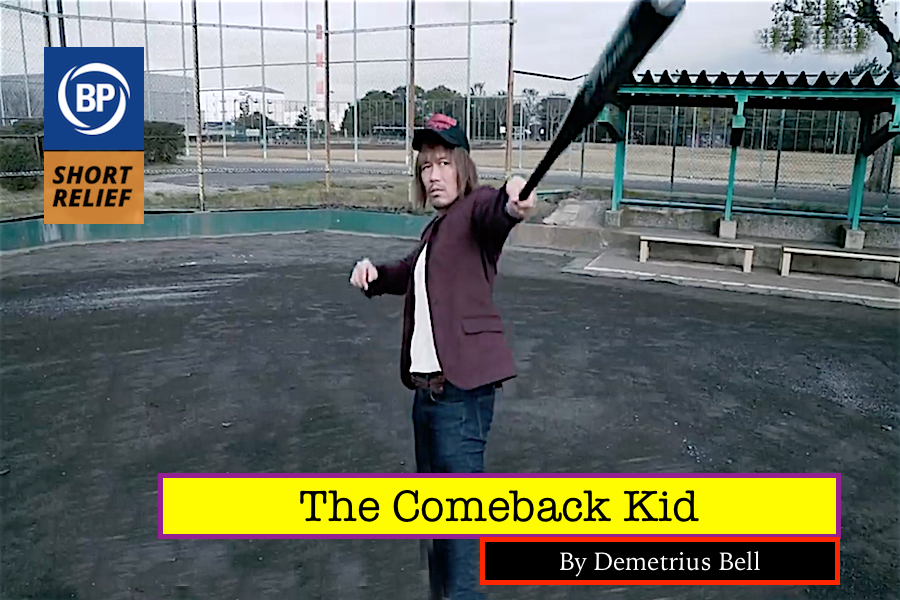 This past weekend saw January 4th come and go as the new year continued to crawl into existence. While that date isn’t especially important for the overwhelming majority of people here in the United States, it means the world to a vast legion of wrestling fans in Japan and across the globe. Every year on January 4th, New Japan Pro-Wrestling holds its annual Wrestle Kingdom show, and the event almost always draws tens of thousands of fans to the Tokyo Dome without fail.

The hook for this year’s event (which was expanded into a two-day event) was that one man would be walking out of the Tokyo Dome with the two most prestigious titles in New Japan — the IWGP Heavyweight Championship and the IWGP Intercontinental Championship. The two titles would be contested on separate matches on Night 1, then the winners (and champions) of those two matches would square off in the main event match of Night 2.

The wrestler who came out on top when it was all said and done was Tetsuya Naito. For fans who have been following Naito’s exploits for the past few years now, this was the culmination of what has been a remarkable story that’s included plenty of ups and downs while treading the rocky waters of professional wrestling. The fans of New Japan have been living and dying with each victory and defeat that Naito has experienced over the years, so this was as much of a triumph for the fans as it was for Naito himself. As far as Naito goes, he saw it all as just an extended baseball game.

This game in particular was a tight one with plenty of twists and turns. Even though this was unlike any baseball game that you could ever imagine, it still shared a common thread — the home team was down heading into the bottom of the ninth and they needed to give it everything they had in order to push across the runs they needed to win the game. In Naito’s case, he needed two “runs” — a victory over the villainous Jay White on the first night to win back the Intercontinental Title, then another win for the Heavyweight Title less than 24 hours later against the generational talent known as Kazuchika Okada.

Any baseball team worth their salt in that situation doesn’t think about the immense odds that are stacked against them. Instead, they just focus on doing whatever it takes to turn a deficit into a walkoff victory. Naito did just that, as he came out on top in both of his matches to win both titles and give a satisfying conclusion (but only for a moment, because wrestling never ends) to one of the more intriguing storylines ever written for professional wrestling. The result may have been completely predetermined, but it’s still satisfying and inspiring. Maybe this will even inspire Naito’s Hiroshima Carp to pull off some ninth-inning heroics of their own when next season rolls around? 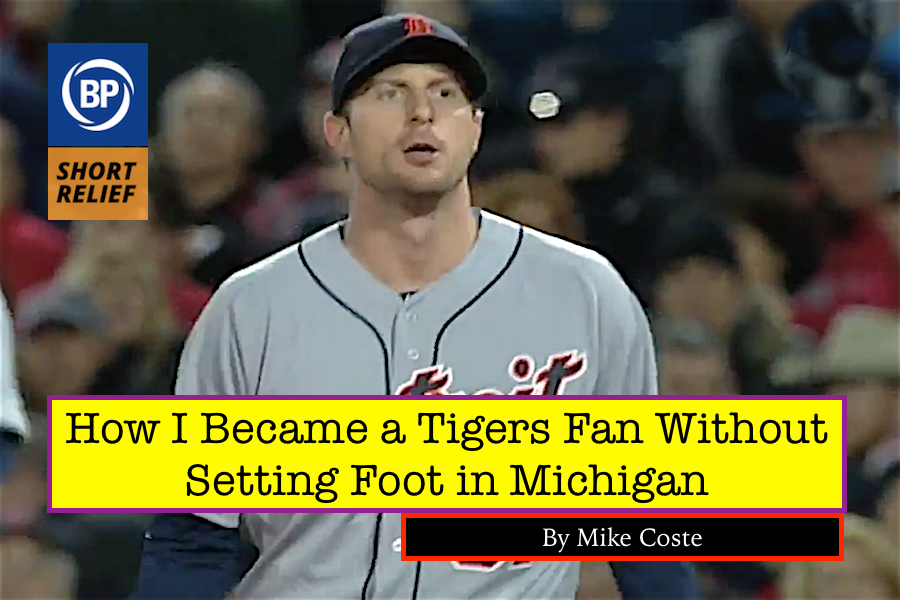 When I tell people I am a Tigers fan, I generally get questions like, “What part of Michigan are you from?” “What do you think of the Lions, Pistons or Red Wings?” To the best of my knowledge, I’ve never been to Michigan, although my family may have driven through the state on one of our cross country trips when I was young. I’ve lived in Colorado for over 30 years, so my teams are the Broncos, the Nuggets, and the Avalanche. And yes, I do root for the Rockies when they are not playing the Tigers.

My allegiance to the Tigers goes back almost 50 years, well before the Rockies joined the National League. When I was a kid in the late sixties, my father was in the Coast Guard, stationed in Washington, DC, and my team was the Washington Senators. I rooted for pitchers Joe Coleman and Dick Bosman, slick fielding shortstop Eddie Brinkman, and Del Unser. Their manager was a guy named Ted Williams, who I later found out had been a pretty good player in his own right. My favorite player though was Frank Howard, a mountain of a slugger who hit 136 home runs, leading the league twice. And he hit them far. In fact, it’s possible some of his homers are still orbiting the planet today.

So what happened? A lot of that has to do with Bob Short, the mercurial owner of the Senators. He decided to trade away Coleman, Brinkman and Aurelio Rodríguez to the Tigers for Denny McLain and three other players in October 1970. Then after the 1971 season, he moved the team to Texas, so the Senators were no more. Finally, the year after that Frank Howard’s contract was sold to Detroit. I followed the players in the end. Coleman, Brinkman, and Rodríguez became the core of a resurgent Tigers team, and I felt that the Senators I knew had moved to Detroit, not Texas…

Of course, following players these days, rather than a team, is much more problematic, something I think of every time I pull out my Justin Verlander Tigers jersey or my Carlos González Rockies t-shirt. Still, my inner nine year old was thrilled to see the current Washington team, wearing the familiar red baseball caps with the cursive white W. Watching that World Series victory stirred my old allegiances to the Nats (as the Senators were also called). And their ace, former Tiger Max Scherzer.

Three weeks later, a mysterious fireball was sighted over Salem, Oregon. One of Frank Howard’s homers must have finally landed.

You need to be logged in to comment. Login or Subscribe
brewerstt
I think that more people are fans of a complicated mix of teams and players than is generally understood. I was a Senators fan (Frank Howard was my favorite player too) until they left town, became an Orioles fan because they were regularly on TV and the only accessible team to a baseball-mad little kid in Virginia, and then a Brewers fan like my whole extended family once they appeared. I still root for all three towns. I meet a fair number of similar fans. [typo FYI: Dick Bosman was the Nats pitcher, rather than Bosworth.
Reply to brewerstt