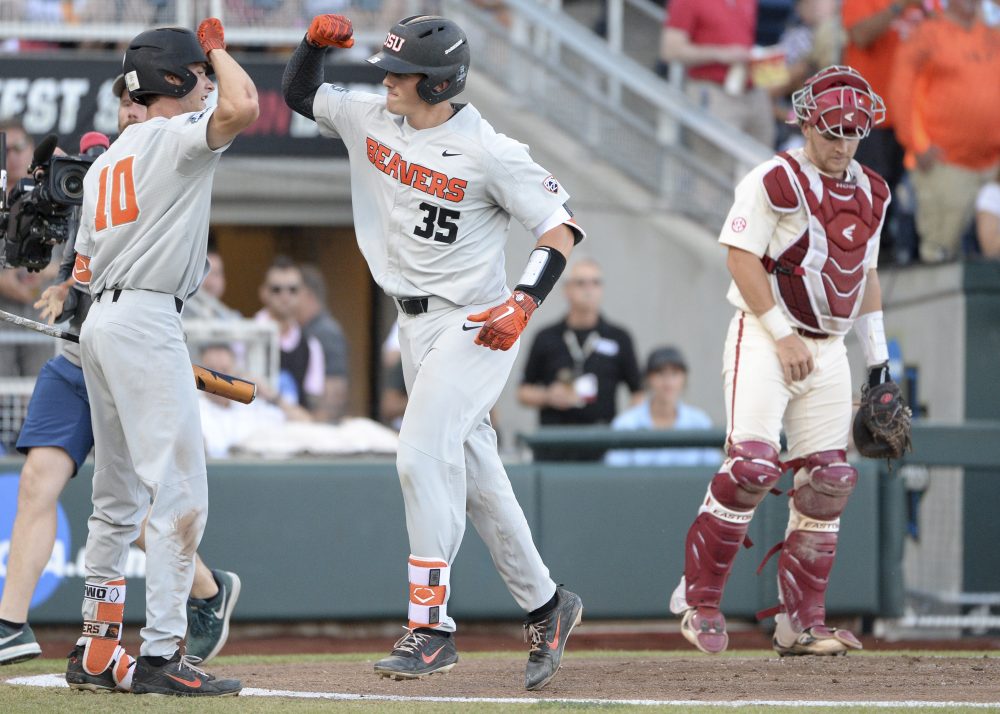 The MLB draft is less than a week away. The draft is a place of eternal hope, as teams can restock their farm systems after a year of being terrible. Draft picks are fetishized, they are clutched like they are top prospects when it comes to signing top players like Craig Kimbrel or Dallas Keuchel, they help generate a multitude of articles about tanking and how it is the panacea for a downtrodden team, and they are used as justifications for letting all of your best players walk in free agency.

There is a certain blindness that comes with drafts. In baseball, even the most polished college players will likely spend about 12 months in the minor leagues and most will spend 24 months down there, and right now in early 2019 we are just seeing the cutting edge of the 2016 high school class reach the majors. The draft, instead, is a long term impactful event rather than the loudly covered first round, with teams drafting somewhere just over 1200 players in 3 days.

The current presumptive top pick Adley Rutschman looks the part, but in our small sample size, he will be the first catcher to go first overall since Joe Mauer in 2001. From 2002 to 2016 (excluding the two most recent picks because it is still very early) there are 6 successful picks, 7 busts/marginal players, Dansby Swanson, an average-ish player with future still in front of him, and Mickey Moniak who is trending towards the bust/marginal pile fairly quickly. It is a far from safe proposition, and that might have nothing to do with Adley.

When it comes to building through the draft, the results are high mixed. The Houston Astros have George Springer from before they started their rebuild to go with very good top picks in Alex Bregman and Carlos Correa. But Houston famously took Mark Appel and Brady Aiken no. 1 overall and failed to sign Aiken. They have yet to get anything out of No. 5 overall pick, Kyle Tucker, though he remains a top prospect, and, outside of Lance McCullers (who has been up and down and now hurt) they have yet to get a real impact player in the compensation round (though Daz Cameron has rebounded some, but he traded away).

The Phillies are much like the Astros in that they have Aaron Nola to show for their rebuilding drafts, plus J.P. Crawford traded for Jean Segura. They may yet get something out of Cornelius Randolph, Mickey Moniak, Adam Haseley, and Alec Bohm, but none of them have shown to be impact type players.

Meanwhile, the Cubs have Javier Báez and Kris Bryant in prominent roles from the top of the draft, and Albert Almora and Kyle Schwarber in supporting roles, plus Anthony Rizzo via the trade of another top pick (Andrew Cashner). Those first four players came from five straight years of top 10 picks, and even then it took Báez six years to actually become a very good player. The Cubs also went out and signed Yu Darvish, Jason Heyward, Ben Zobrist, and Jon Lester, while acquiring other key pieces through trades. The future is still unwritten for the Atlanta Braves who have a pile of top prospects from their rebuild picks, but have yet to receive more than half a season of output from anyone. They of course have another pile of prospects from trades.

As Jarrett went over with the compensation picks, under the new CBA they aren’t particularly a big penalty or gain. The Diamondbacks have the 33rd and 34th picks for losing Patrick Corbin and A.J. Pollock. Corbin is running a 2.85 ERA so far. The Diamondbacks are currently 7.5 back of the Dodgers, but currently only 2.5 games out of a playoff spot, a gap possibly entirely closed by Corbin given Zack Godley’s start.

Meanwhile the Dodgers will be getting pick 78 in order to not employ Yasmani Grandal and his .262/.371/.482 batting line. Those mid-30s picks might land a decent prospect, but last year pick 78 was RHP Paul Richan whom the Cubs got in compensation for losing Jake Arrieta, Richan did not make the BP Cubs list. Even so, teams have avoided giving up picks. The Phillies lost picks 46 and 82 to sign Arrieta and Carlos Santana, where the White Sox took Steele Walker and the Reds selected Bren Spillane. Neither of these players made their respective team prospect lists.

This all isn’t to say that building through the draft is bad, but more that the draft is weird. A lot will be said about the first round next week and then about how teams are smart to have not given up second or third round picks for Craig Kimbrel and Dallas Keuchel this year. It could work out for teams, it could also, as is so often the case in baseball, fail. After all, Keuchel and Kimbrel could help a lot of teams in very real ways right now.

So far in the 2019 season 13 first round picks have made their debut, but there have also been appearances from ten players taken in the fifth round. There are six different players drafted in the last 10 rounds who have made their debut this year, four in the 20s and a whopping 14 in the teens including four each from the 12th and 14th round. You can indeed build through the draft, but it is not a reward reserved for winning Day One, being frugal with your picks, or even the rebuilding teams at the top of the draft.

The draft, at its core, is a way for MLB to control the influx of players into the sport. In theory it distributes talent, but at the end of the day some portion of 1200+ players will enter professional baseball and the teams that are the best at scouting and development will get the most out of their selections.