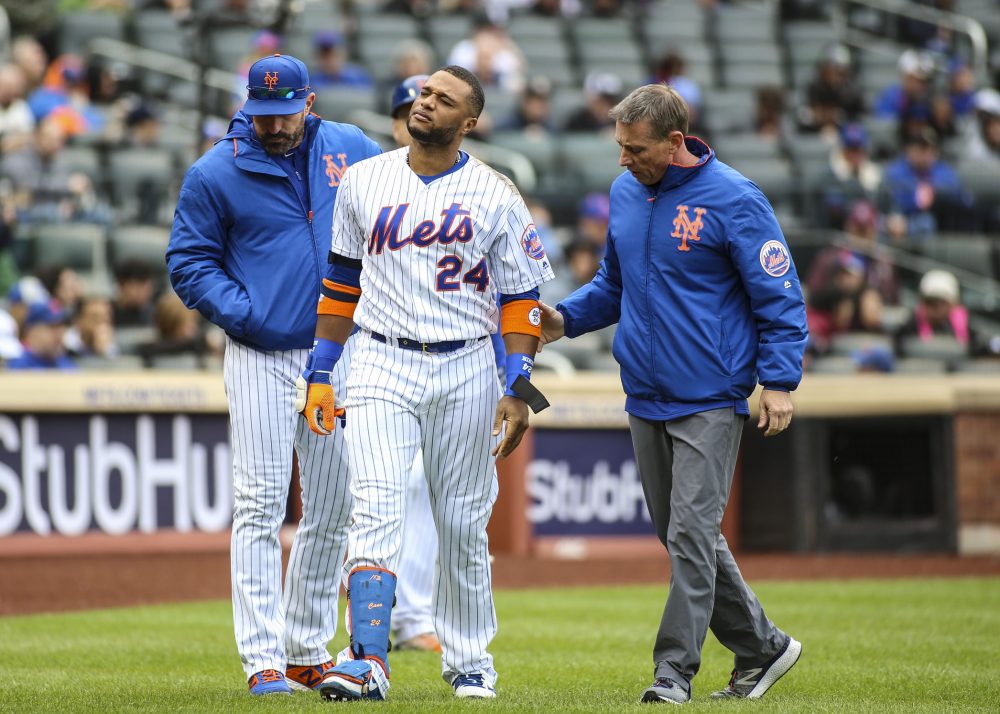 Robinson Cano bookended an eight-day stretch in April by getting hit by a pitch in the midst of a swing. Each time the umpires ruled this act a swinging strike, the first of these leading to New York Mets manager Mickey Callaway’s protestations and subsequent ejection. That Cano was hit by the pitch both times is, upon review, almost assuredly a factual claim. The controversy was in how these apparent facts, to echo Friedrich Nietzsche, were decided upon by interpretations.

In the recently published book Infinite Baseball, the philosopher Alva Nöe proposed two philosophies representing differing perspectives on umpires’ role in the game. The aforementioned events are reflective of Anti-Realism: “umpires don’t call them as they see them: umpires, through their calls, make it the case that a pitch is a strike or a ball, a runner is safe or out. There are no umpire-independent facts in baseball.”[1] The dichotomy between ruling a hit-by-pitch or a swinging strike required the umpires to – albeit internally and represented by their calls – make the case for one result as opposed to the other. Realism, however, Nöe writes, stipulates that “there are umpiring-independent facts of the game – balls really are fair or foul, runners are either safe or out – and the questions we face are merely epistemological: how best to determine the facts, how to find out.”[2]

Nöe admits later in the essay that these views represent extremes and synthesizes these views into Internal Realism, which takes the Anti-Realist notion that whatever facts do exist, exist within the game of baseball only, but despite this supports the requirement of the Realist that calls can be disputed in pursuit of the best determination of said facts. An interview with Nöe notes that relying on judgement occurs within the rules of Major League Baseball 62 times – over tenfold that of the NBA and NFL’s rules.[3]

As if to show that these judgement calls can go both ways (for, it seems, the Mets at least), Pete Alonso was called as being hit by a Kenley Jansen pitch in the top of the 9th on May 30. Unlike the Cano events, however, his being hit is quite inconclusive on replay. After a failed Dodgers challenge, Alonso retained his spot at first.

Unless these events occurred in a game-shifting sequence – the Mets, down by 2, had the tying run at the plate once Alonso was on first, but ultimately nothing came of it – the staying power of the contentious call is unlikely. Instead, everyone from the casual fan to those with lifetime ties to the game seems to form their (oft-changing) opinions of an umpire based on calls that are reacted to in such a way that implies their pure objectivity: balls and strikes.

Indeed, the discussion around adding robot umpires to the game is fueled in part by the notion that, to paraphrase Nöe, pitches really are balls or strikes. This Realist view was extensively studied by Boston University’s Mark T. Williams and a team of researchers in 2019 and the report contained language that could’ve been co-opted for Nöe’s explanation of Realism, such as that umpires were studied for their “ability to accurately call balls and strikes (emphasis mine)”[4]. The emphasis, of course, is to indicate that the umpire’s job is understood to be to relay information that, if the pitch were thrown in the exact same location to the exact same batter with no umpire present, the pitch would still be a strike or a ball.

Williams’ findings are compelling, using for data nearly 4 million pitches across 11 MLB seasons. Even just using a quick does-this-sound-right-to-you test, an average of 14 incorrect calls on balls and strikes per game may not elicit much dispute were you to hear this number in passing as opposed to reading a report this expansive. Certainly, we’ve all watched games where that number seems low and others where it seems high, the correlation there to your team’s winning or losing notwithstanding.

But the underlying premise to these feelings is that there’s a universality to balls and strikes, that human fallibility sometimes obstructs a relaying of information. Williams’ solutions call for technology to be used alongside an improved process of umpire selection. In doing so, Major League Baseball would benefit from technology’s allowing of “adher[ing] to the official strike zone that its own rules make clear”[5] on each and every pitch.

Using robo-umps (here and in many cases used somewhat interchangeably with a robot strike zone) would not necessarily eliminate all of these “missed” calls. What is and is not a strike would not be a solved problem with the institution of a robotic strike zone. “Robo Strike Zone: It’s Not as Simple as You Think” is a must-read companion piece to Williams’ study and this piece as well, due to finding similar issues with robo-umps than Williams does with human umpires and addressing a comprehensive list of technological issues with robo-umps that this piece does not focus on. Regarding the former, Boyle et al. found that were the 2017 season played with robo-umps, their model finds that there would have been anywhere from “just four changed calls to 50”[6] in a game. With human umpires there are errors calling balls and strikes and with robo-umps the picture is currently no more reassuring. This is as much a result of human/machine error as it is with another problem identified by Boyle et al.: “the rule book strike zone is somewhat subjective”[7].

To adhere to the official strike zone is to exist in a philosophically vague state. The Stanford Encyclopedia of Philosophy’s article on “vagueness” defines the concept as when a term “has borderline cases”[8]; the strike zone’s definition given in Boyle et al. is worthy of an entire course on the subject. Though it seems overly granular, determining such things as what actually is an “upper limit,” the “top of the shoulders,” or even when is the batter “prepared to swing at a pitched ball”[9] is absolutely necessary if we are to program a machine with the intent of making calls truer to the official definition of the strike zone than humans currently do. We can certainly list cases that are obviously not these things, but when there are still measurement errors, however slight, non-universal interpretations of the strike zone will inevitably lead to continued missed calls irrespective of who or what is making said call.

In Alonso’s case, there was a binary choice the umpires had to make: did the ball hit him, necessitating an award of first base, or did the ball hit the bat, resulting in a foul ball? Vagueness in the rules isn’t an issue here – the ball either hit Alonso or the bat – but a human umpire is still required for making this decision given how inconclusive the technology-assisted replay was. Even slowing the point of contact down and freezing the frame gave viewers at home no concrete case to be made for either side. This is a case in which Realism holds more sway, as the ball would have hit Alonso or the bat whether an umpire stood behind him at home plate or not. The two Cano cases, however, are more reflective of Anti-Realism’s making the case for the presence of human umpires.

Did Cano swing at either of the pitches? He certainly moved the bat in such a way as to indicate the beginning of a swinging motion, but at what point in either of these at-bats does the motion metamorphose into a “swing”? The choice is again in some ways binary – a swing or not a swing – but is measured in infinitesimals and limits that, given error rates cited in Boyle et al., is still too fine-grained to entrust entirely to a machine. Even an Anti-Realist robot umpire would have to exist with a rule book that removes the vagueness from these decisions and makes baseball’s most constant event – a pitch being thrown – filled with invisible, rigid demarcation lines that could transform hitters’ natural actions at the plate.

The philosophies from Infinite Baseball should play a vital role in thinking about how to incorporate robot umpires in conjunction with the rules’ inherent vagueness. If we are to believe that an umpire’s job is to be an interpreter of universal facts, the rules should become clearer so that technology can be of assistance in clearly providing proof of these facts. If the umpire is, however, there to speak facts into existence in a way, a robot umpire’s auxiliary benefits would be best for the evidence-gathering process, the umpire synthesizing this evidence into an ultimate call. Which of these paths you favor may be determined by one question: did Robinson Cano swing?