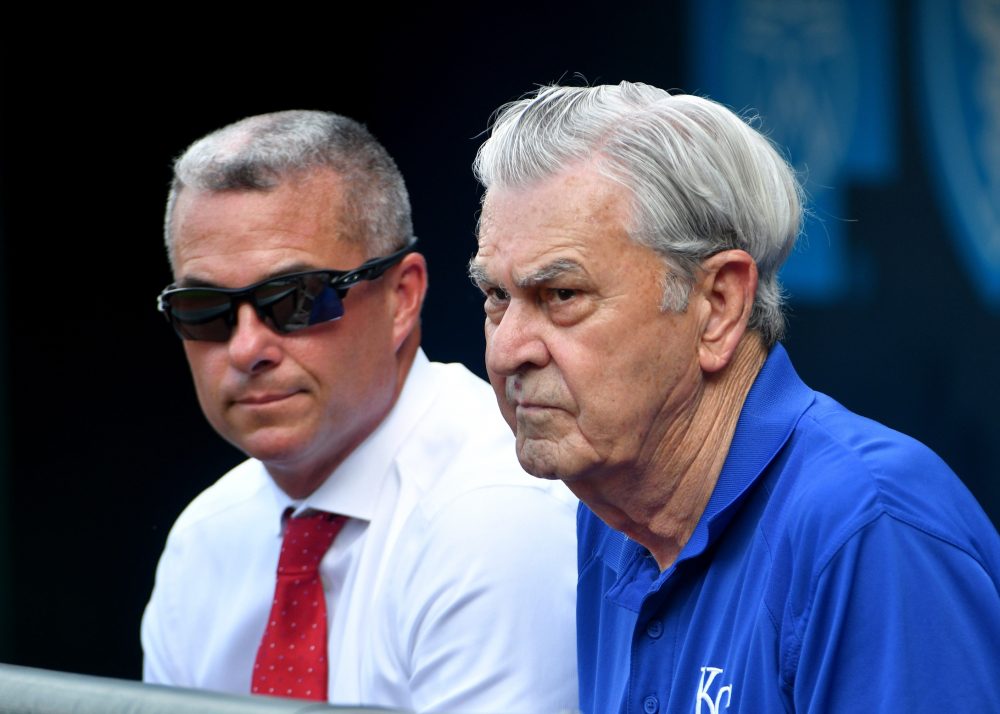 David Glass, a former Wal-Mart executive, is selling the Kansas City Royals for about $1 billion (the exact figure hasn’t been announced) to John Sherman, an energy executive (LPG Services, Dynegy, Inergy, and Crestwood, if you’re keeping score at home) and minority owner of the Cleveland Indians. Sherman will sell his stake in the Indians to complete the deal, which is subject to MLB approval.

The transaction has elicited the usual populist-tinged comments from both wings of the commentariat. So much money for a child’s game! A billion dollars, but they don’t pay minor leaguers minimum wage! This is why families can’t afford to go the ballpark! Billionaires getting richer!

Underlying these complaints (some of which, I’ve written, have more validity than others) is an accepted truth that, well, that’s how the market rolls. Glass bought the team $96 million in April 2000. An investment rising more than tenfold in the ensuing 19-plus years, well, that’s a feature or a bug, depending on your political persuasion, in an economy such as ours. The market assigned a value of $96 million on the Royals at the turn of the millennium. Its valuation today is a reflection of market forces and entrepreneurial acumen, like it or not.

I’d like to look at it a different way. I’m going to argue that the Royals sale, and the sports industry in general, is a perversion of capitalism, not an exemplar of it. I’m going to criticize, but from a pro-capitalist perspective. From where I sit, baseball franchise valuations represent baseball owners’ success at undermining free markets, not an indictment of free-market excess.

I’ve written about some of this before but let me break it down here.

Connie Mack died in 1956. He, and some businessmen (they were always men) who followed, made a living as a club owner. If the Philadelphia A’s had a good season, Mack prospered. If they didn’t, he felt the pinch. He was like your independent auto mechanic; his fortune was tied to that of his business.

When Bill Veeck bought the Chicago White Sox (for a second time) in 1975, he became the last person to buy a baseball team without a fortune elsewhere. When ownership turned over from career baseball people to fabulously wealthy individuals and corporations, the nature of the investment changed as well. The owner was no longer a guy like Mack, who managed the team as well, or Veeck, who negotiated contracts and dreamed up promotions. Owners became passive investors. They handed the day-to-day operations off to their front office. Their motivation became the hope of eventually making money on their investment, not the necessity of turning a profit year after year. If Mack’s A’s or Veeck’s Sox went under, they’d be wiped out. If any baseball team today went bankrupt (they won’t; more on this later), the owner’s investment would be wiped out, he’d say, “Damn,” and then go through the rest of life with more money than you and I and everyone reading this combined will accumulate over our lifetimes.[1]

This is an important distinction. When you have all your wealth tied up in your company, you need the company to do well, year after year, generating income for you. When you’ve allocated part of your investment portfolio to a baseball team, it’s like investing in shares of Facebook or an ounce of gold or a Warhol. You’re looking to make your profit when you sell.

Returns on investment should reflect intangible benefits and insulation from risk.

If you buy a share of a biotech startup, you’re going to expect a higher return than if you buy a Treasury bond, because the former involves considerable risk, for which you want to be compensated. Similarly, while you hope your house appreciates in value, you’re buying it for reasons—shelter, primarily, but also to be near friends and family and jobs and schools and recreation—other than as a pure investment. Intangible benefits and insulation from risk, in a free and fair market, should drive down financial returns. You’re giving up pecuniary upside for other factors.

Baseball owners, by contrast, want their intangible benefit and risk insulation cake and eat their turbocharged investment returns too. If they make suffer adversity, either self-inflicted (e.g., the McCourt Dodgers) or competitively (e.g., revenue-sharing), MLB will step in and backstop their investment. The league won’t let a team go bankrupt.

As for intangible benefits, well, here’s David Glass on November 1, 2015. 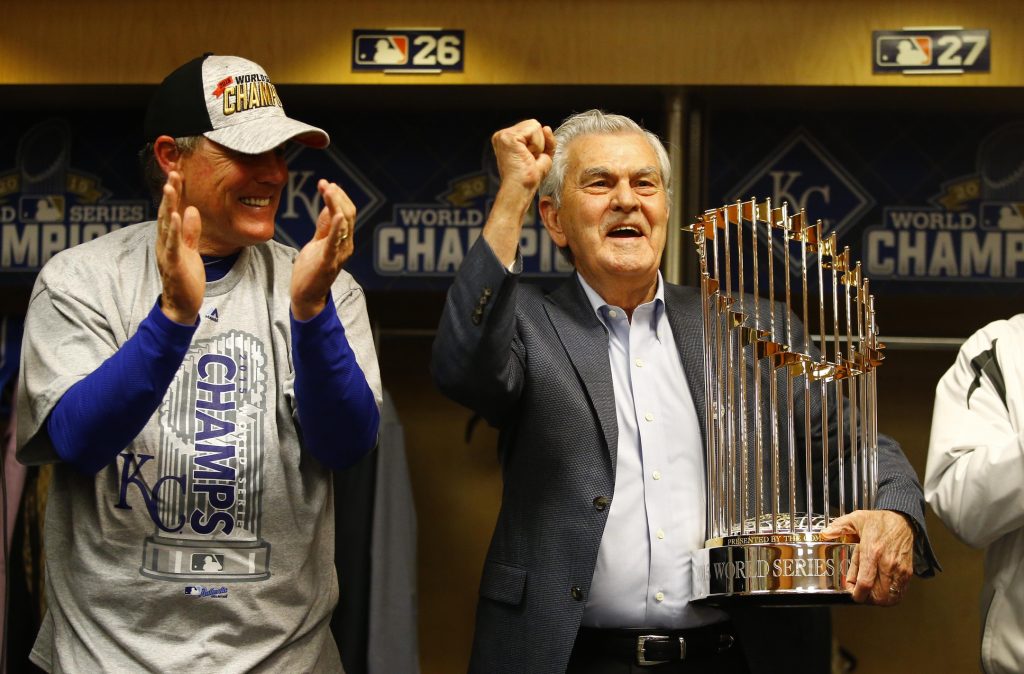 You’ve got an investment where your downside is limited, you get quoted in the paper all the time, you get to hang out with famous athletes whenever you want, and you might get to hold a championship trophy? Cool. Just don’t expect the same returns as somebody who buys a mutual fund or builds an apartment building or expands a successful business. And if your returns are higher than those people, there’s a good chance you’re gaming the system.

The return on Glass’s investment is extraordinarily high.

From 2001 to 2018, Forbes estimates the Royals have recorded an operating income of $167.9 million, meaning EBITDA alone almost doubled Glass' initial investment. That's a yield of 9.3% on top of the CAGR.

So Glass made another nine percent a year on top of the 12.6 percent annual asset appreciation. And why is that so unusual? Because in free markets, outsized returns bring in new competitors who are willing to accept slightly lower returns, and everything regresses toward the long-term mean. The fact that this didn’t happen to Royals over nearly two decades is telling. And the reason is…

The term rent-seeking refers to entities seeking to gain wealth without a reciprocal contribution of productivity. It often arises from companies lobbying the government for benefits or protections that others don’t enjoy. The examples in baseball are obvious: Exemption from antitrust, relief from labor laws, taxpayer financing of stadiums and infrastructure. If a company wants to build a warehouse, it has to comply with labor laws, raise capital for the building, and pay for any necessary improvements like roads and traffic signals and water lines. If a baseball team wants to build a major or minor league ballpark, it often gets municipalities to pay for at least part of the stadium and infrastructure and it pays minor leaguers less than minimum wage. Rent-seeking distorts capitalism, tilting returns to favored industries while, by comparison, penalizing everyone else.

The outsized returns garnered by baseball teams isn’t a reflection of entrepreneurial brilliance, it’s a reflection of market distortions sanctioned by regulatory authorities.

I’m not going to rehash every right or wrong move that Glass made as owner of the Royals. But I am going to suggest that his gigantic returns are unwarranted. As I wrote last year, 21 of the 30 teams had enjoyed double-digit annual growth in franchise value. (Two others were at 9.9 percent.) And that’s before adding in the operating profits those teams are making.[2] Given the nature of the investment, its risk characteristics, and its intangible benefits, that points not to the glories of capitalism but a perversion of it.

Look, I’m a capitalist. I support people earning returns on their investments. But those returns should be on a level playing field. When a David Glass earns annual returns in excess of 20 percent from a combination of asset appreciation and cash from operations, let’s not celebrate—or denigrate—the capitalist system. Rather, let’s view it as a cautionary tale of the unwarranted returns that occur when an industry compels regulators to put their thumb on the scale.

And as fans, when an owner complains that he “can’t afford” to keep a Manny Ramírez, or a Matt Holliday, or a Mike Piazza, or (please no) a Francisco Lindor, let’s remember what it really means: A prioritization of distorted, outsized profits over the interests of the ballclub.

[1] This is the point in the article where somebody invariably says, “You obviously have never owned a business.” Wrong. I’m an investor in a business right now. Everything in this article is equally applicable to my investment.

[2] Yes, I know, they’re interrelated. But as I’ve noted, most investments—stocks, currency, precious metals, artwork, raw land—generate zero or negative annual returns yet still appreciate in value. And before you try to tell me that you need positive cash flows in order to support asset valuations, let me introduce you to the Miami Marlins.

You need to be logged in to comment. Login or Subscribe
ChicagoOriole
The baseball antitrust exemption is horrid. But the effect of that is probably mostly in the minor leagues, which should be independent. Still, aren't the valuations driven by TV revenue? Did Glass transform the Royals' TV revenue? Or are baseball teams expensive because they are a limited-edition collectible? Also, they are not risk free, but the risk is long term as the game seems to not be drawing the young and minorities in.
Reply to ChicagoOriole
Rob Mains
All good points, as always. Valuations are driven by lots of things, TV revenues being one of them, but also stadium operations, merchandising, licensing, home and away gate, and, in the case of teams like the Royals, revenue sharing. They're not risk free but the downside risk is limited, since MLB will backstop a team that's heading for bankruptcy--see the Dodgers and Expos. Fully agree on the long-term risk, for which there is unfortunately no natural constituency--neither players or owners will be around long enough to care.
Reply to Rob
Stephen Beard
Billionaire Steve Cohen says sports franchise ownership is "the last great tax break."

Writing down most of the purchase cost over 15 years probably helps the (already pretty good) math a bit.
Reply to Stephen
Rob Mains
Yes, the operating income figures noted in Forbes are before depreciation and amortization. Those tax-deductible noncash writeoffs reduce cash tax payments, enhancing cash flow. (Thanks for the link!)
Reply to Rob