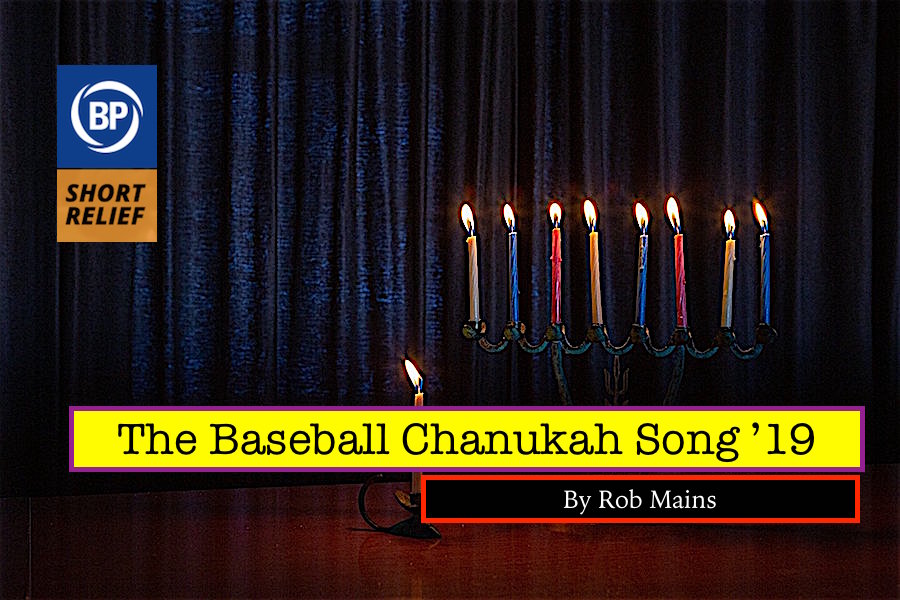 Chanukah starts at sunset on Sunday and runs for eight days. It starts on the night of the 24th day of the month of Kislev in the Hebrew calendar. The Hebrew calendar is lunar, which means that for those of us who follow the solar calendar, it’s kind of random. In two years, Chanukah will start in November. Three years after that, it’ll run into January.

Growing up Jewish, I always liked it when Chanukah ran over Christmas, as it does this year. I explained why in this space last year. I also posted a song, based on Adam Sandler’s well-known “Chanukah Song.” Like Sandler’s tune, which paid homage to all the Jews in Hollywood, mine paid homage to all the Jews in analytics. Like Sandler, I did a followup this year. Also like Sandler, I am not a singer. Way worse, in fact.

In the song, I use a Yiddish word, shul. It’s Yiddish for synagogue. I also refer to a dreidel, which is a four-sided top that’s used in a game played on Chanukah, though if you don’t know that, you probably should’ve paid more attention in that comparative religion class. So here goes. You read this far. Might as well listen.

Thanks again this year to Jessie Barbour (“The Stat Blast Song”) for encouragement, consultation, mixing, editing, and listening to me sing repeatedly. 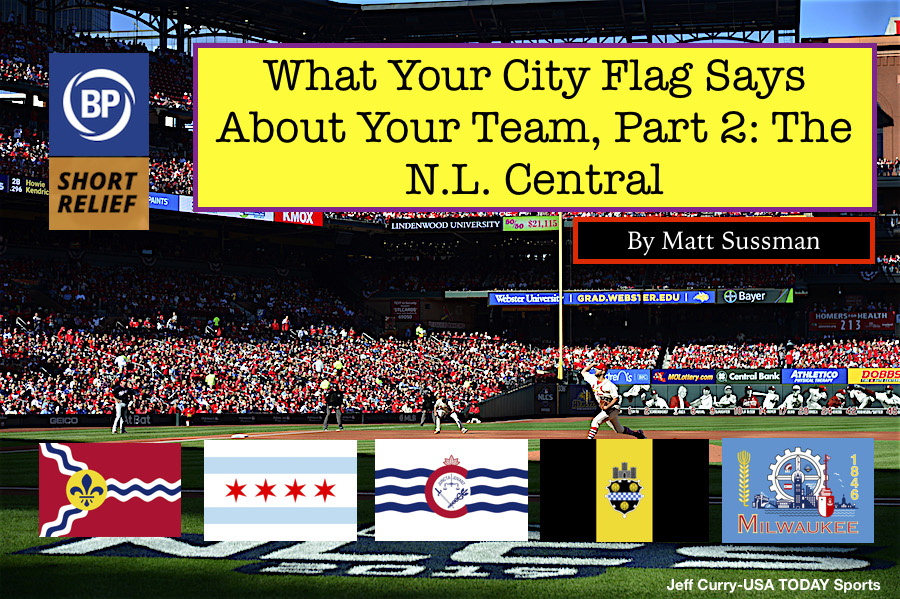 This week we’re flying our flags into the heartland of deep bullpens and deeper casseroles: the NL Central. 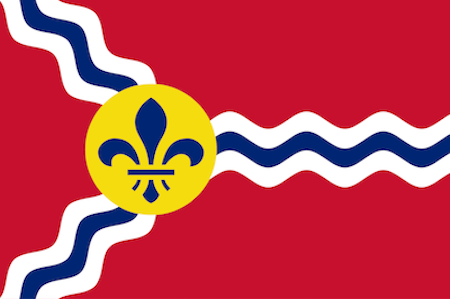 Sorry, but Cardinals fans asked to be picked first or else I would be a biased flag reviewer. Anyways, St. Louis always wanted to see what Norway’s flag would look if it was designed by Salvador Dalí, and the fleur de lis is there entirely by accident, but they’re just hoping you don’t notice, sort of like Dexter Fowler. On the reverse of the flag is Yadier Molina’s signature, which was then washed away so that you aren’t able to quantify his contributions to the flag, merely talk about them. 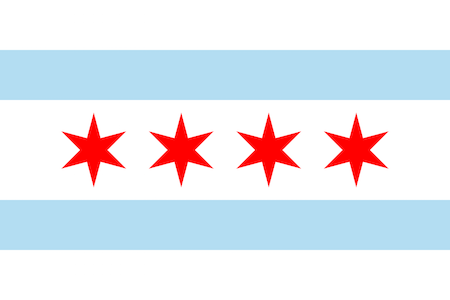 You’d think it was from an actual country, and for all we know it is. Perhaps one whose chief exports are toasters and Olympic medals in archery. And in some ways, Chicago does hold itself as a magical country apart from the rest of Illinois, at least judging by the elaborate toll roads. The four stars represent crucial moments in Chicago history, according to Wikipedia: the Great Chicago Fire, the World’s Columbian Exposition, the Century of Progress Exposition, and the Lee Elia rant. The flag also doubles as an overhead view of an Italian beef with exactly four peppers. 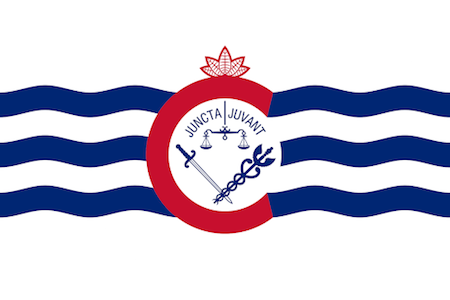 So far it’s the flag that most looks like it was the team’s logo in 1931, but in true irony it looks like the Cubs logo. The sword cutting the caduceus is a tribute to Homer Bailey. “Juncta Juvant” is not a Latin phrase but rather a guy on their Double-A club who’s going to hit 45 home runs this year. Once again, Cincinnati shows that it’s trying really hard on their design but falls way short in the ranks of its own division. 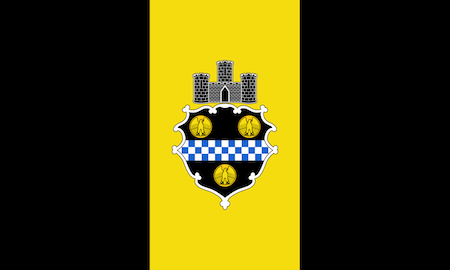 The quaint little castle atop the design proudly represents their home stadium, one of the nicest places in the world. But come on, what are you doing with a castle in the 21st century when everybody else has come up with, like, drywall? And pitchers? As for the lower half of the design elements, well, you don’t know what they are — and you don’t want to know — but a food vendor is putting them all on a sandwich for you. Just try it, it’s delicious. Which brings us to the black and yellow which, as you can imagine, were selected entirely randomly.

And before we get to Milwaukee, let’s pause for a comically large sip of coffee and — 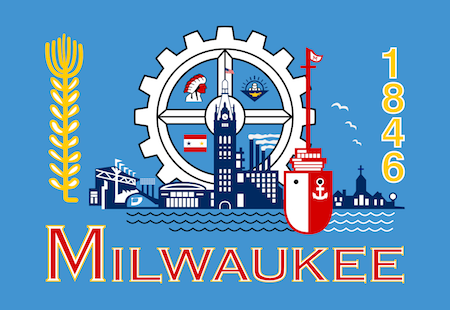 A baseball team is never just the sum of its parts. It’s how the parts work together, from showing strengths and hiding weaknesses, to chemistry and the will to step up when it matters most. This flag is less than the sum of its parts. It disproves several mathematical postulates. Pierre de Fermat would have tossed himself off the top of the Notre Dame at the thought of something this counterintuitive. Kids just played with this flag to assemble the mouse trap. This is the Parks and Rec mural contest submission except it actually happened and it won. 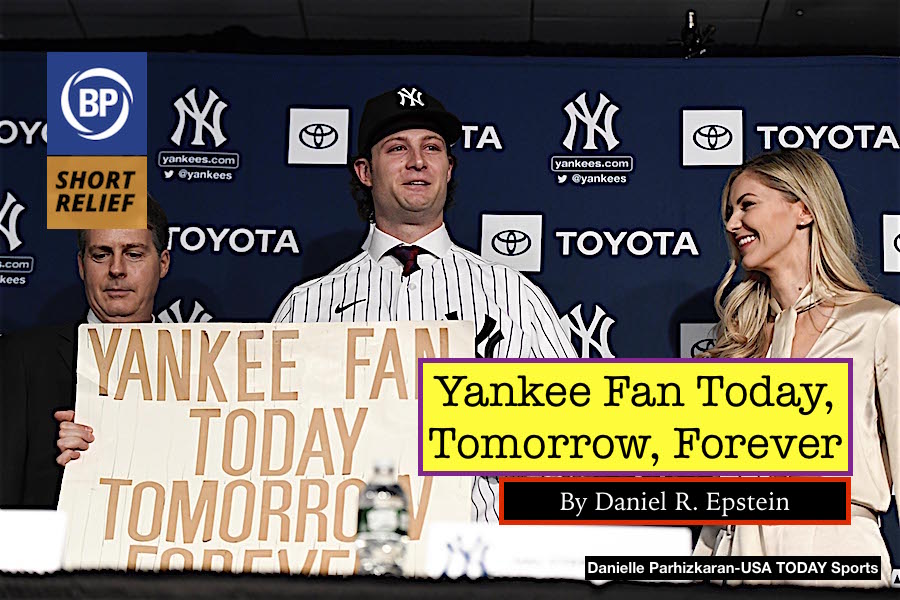 Gerrit Cole is a liar. So am I.

When I was maybe eight or nine years old, I was really into G.I. Joe action figures. The phase lasted maybe a month or two, as these things tend to do for children, before I turned my attention elsewhere. In the throes of the phase, I pondered why adults don’t play with the toys they once loved anymore, and how depressing that was. After all, what could be better than toys? I made a promise to myself that I would always love G.I. Joe for the rest of my life.

I’m 36 now, and I don’t love G.I. Joe anymore. It was an unsustainable promise — what could a child understand about a lifetime? — but I broke it all the same.

Young Gerrit made a promise as well, which he proclaimed to the world during the 2001 World Series: “YANKEE FAN TODAY, TOMORROW, FOREVER” Ironically, if I had made that same promise, I could have kept it. Most of us could honor that kind of promise, substituting the Yankees for our own favorite teams. Cole was destined to renege though, because he would one day throw 100 mph.

When did he break the promise, exactly? Did he cease to root for the Yankees after they drafted him in 2008, but he spurned pro ball for UCLA? Was it when he became an employee of the Pittsburgh Pirates, LLC? How about when he first took the mound as a visitor in Yankee Stadium on May 18, 2014? Did he retain allegiance up until the 2019 ALCS?

Still, at the press conference introducing him as a Yankee at at last, he posed for pictures with the fateful sign. He had kept it all these years. A lot of parents hold on to mementos of their children’s youth, but this seems a curious choice. Buried somewhere in the Cole family attic, next to Gerrit’s second grade math test and the Valentine’s Day card he made for Mommy in 1996, was proof of an unkept promise. A lie.

Except…was it buried at all? The navy blue letters have faded to a pale gold. The pinstripes have all but disappeared. Rather than collecting dust in a lightless box marked “Little Gerrit’s Treasures,” the fading indicates years of exposure.

Where exactly was this false pledge of undying loyalty hanging all these years? When he came home to his parents for Christmas, after a season of dominating the Yankees and 28 other teams, did he visit the sign affixed to the wall of his bedroom? Did he wonder what his 11-year-old self would think of his Astros jersey or Pirates cap? 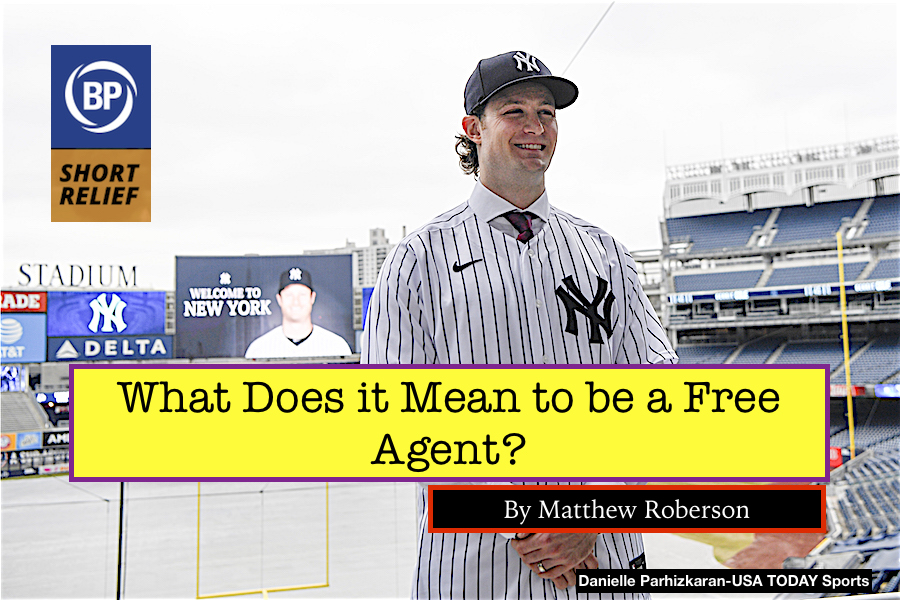 The term “free agency” implies a certain level of liberation. Free, as in, unshackled and detached from restriction. Agency, as in, able to make your own decision, to pilot your own life.

That level of autonomy is, on the surface, the whole allure of free agency. But upon further examination, the general truths of Major League Baseball muddy the waters a little. Sure, you are completely within your rights to sign the next seven years of your life to Cincinnati. But would your family ever come visit you? Do you even look good in red? These are the prices of freedom. Miami and San Diego seem like nice places to live, but you must subject yourself to the varied illnesses that plague the Marlins or be okay with a man named Jayce Tingler being your boss.

Should you decide free agency is the best opportunity for a quality of life increase, there are a few caveats. Does quality of life mean being part of a successful team, or achieving career advancement? Tanner Roark is taking $24 million of the Blue Jays’ money over the next two seasons — giving him a raise in both pay and responsibility — as the righty will be Toronto’s de facto ace but also have almost no chance of making the postseason if he plays the duration of his contract with the Jays. He also, ya know, has to move to another country.

There is another interesting clause in the definition of “free”. Any player is free to do whatever they want, but under the stipulation that there’s reciprocal interest. That’s a big but. I for one would love a 15-year deal from the Dodgers worth 83 billion dollars, but they have informed me that, “Just because you are technically a free agent doesn’t mean you can just name your own price” and “You don’t even play baseball” and other semantics like “Your agent is just you wearing a suit?” and “How did you get this number?”. Again, I thought “free” meant that I was within my rights to do this. To-may-to, to-mah-to, as it were.

Lastly, folks, these free agents aren’t very free if you ask me. Gerrit Cole, a man whose entire appeal hinged upon his FREE agency, cost $324 million. You see my confusion. If I receive an email for free bagels in the break room, only to get there and be told “Oh, actually these cost $324 million and we’ll be collecting the cash from you over the next nine years”, I’d be rightfully upset. Even the agency part is somewhat misleading.

Baseball: Congratulations, Gerrit. You are free to make whatever decision you feel is best. You have agency here.

Gerrit Cole: Got it. [signs with the Yankees]