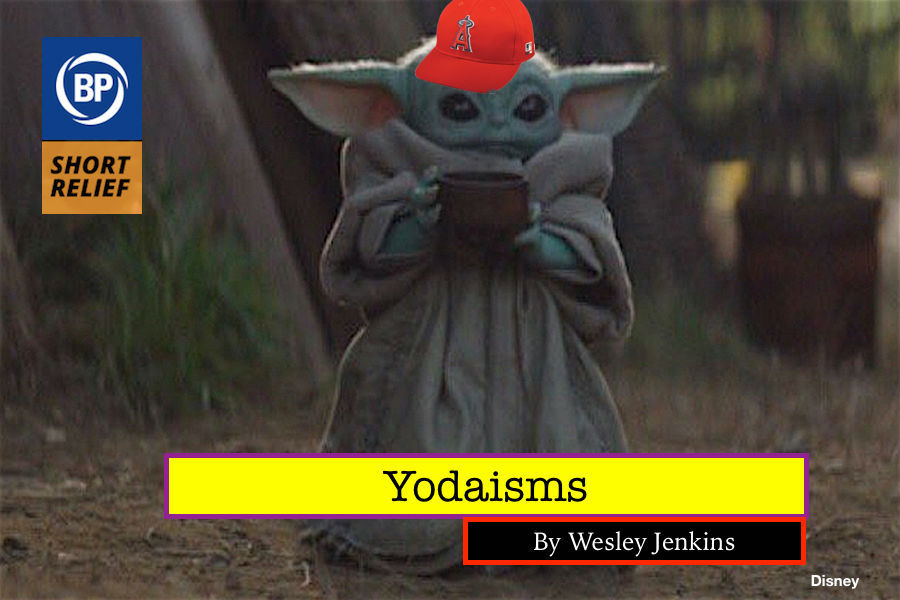 OWNER: First of all, Yoda and I go way back. Served together. Love that guy. “Disappointing, you are,” he always tells me. Helluva guy, helluva sense of humor.

OWNER: Love him. How are you two related anyway? Er, are you related? I don’t want to make any assumptions, he just, uh, he just recommended you and, uh, it was…it was glowing praise.

OWNER: You know, it’s okay, I don’t need to know. I’ll find out eventually I’m sure. So okay, Yods…that’s what I call him, you know. My guy Yods. Anyway, Yods said you’re a prodigy. One of the most talented motivators of men he’s ever seen. And that’s enough of an endorsement for me to hire you on the spot, but I did just want to ask: have you ever played baseball before?

PLAYER 1: You ever heard of the new manager?

PLAYER 2: Nepotism hire, I think. Father, uncle, grandfather, someone was a legendary coach. Maybe they’re just from the same town? Who knows.

PLAYER 2: Yeah, man. They say Trout has: “Do, or do not. There is no try” on a poster over his front door. Slaps it on his way to the field Notre Dame style.

Baby Yoda watching outfielders shag balls. The hitter takes one deep, surely over the fence. Outfielder sprints to the track, leaps, and then Baby Yoda extends his tiny, two-fingered hand.

Runner on 1st, bottom of the 7th, Yankee Stadium. Aaron Judge at the plate.

JOHN STERLING: The 1-2, and the swing! That ball is high, that ball is far, anddddd that ball has once again died on the warning track. Judgement day avoided. For the third time today, a ball hit about as well as I’ve ever seen just drops like a rock right before the fence.

And what’s this? Brett Gardner has charged from the dugout, a la George Brett. And the outfielder is incensed. He is ranting and raving at home plate umpire Joe West, gesturing wildly at the other dugout.

Gardner seems to be insisting that there’s some hanky-panky going on over there. And now he’s been thrown from the game. I know there’s been conversation about juiced balls, dead balls, beach balls on social media, but they’ve hit five of ‘em out today, Brett! It can’t be the ball! Can’t argue that physics has a bias, I’m sorry but Sir Isaac might want a word if you do.

And the young, taciturn manager in the other dugout seems to be entirely nonplussed by this whole ordeal. In fact, is…is he… you know he might just be taking a nap. And you know what, the kid’s earned it! But someone should get him a nice cup of joe, he’s missed all the fun. 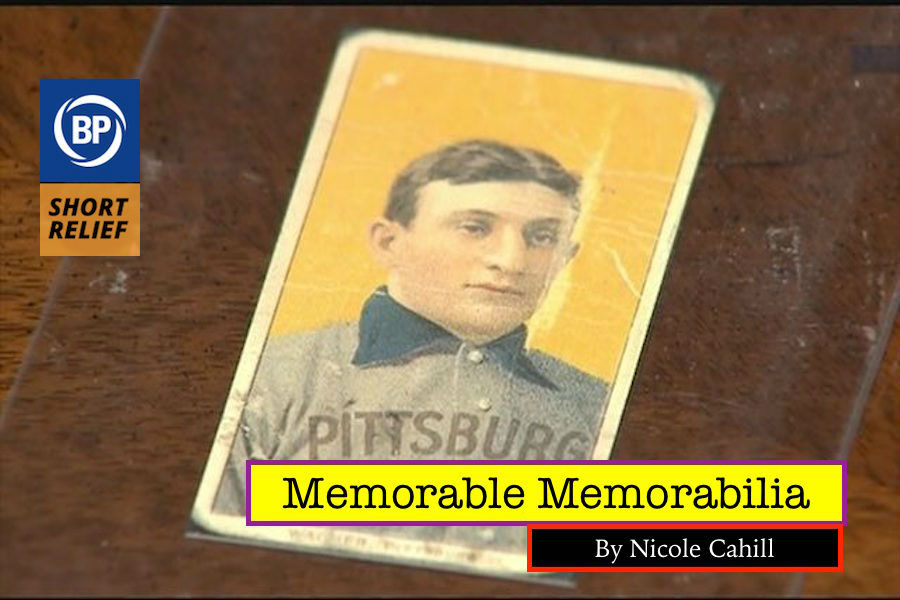 I was obsessed with baseball cards when I was a kid. I memorized the backs of the cards of my favorite players. I recited statistics of Dontrelle Willis, Miguel Cabrera, and my other favorite Florida Marlins. I didn’t limit my collecting to Marlins, though. I collected any and all cards, like they were going out of style. I vaguely remember walking into a sports memorabilia shop with my dad and seeing a large trash can(!) full of baseball cards. I was probably seven years old and the happiest girl in the world. I want to share some of those cards with you today. 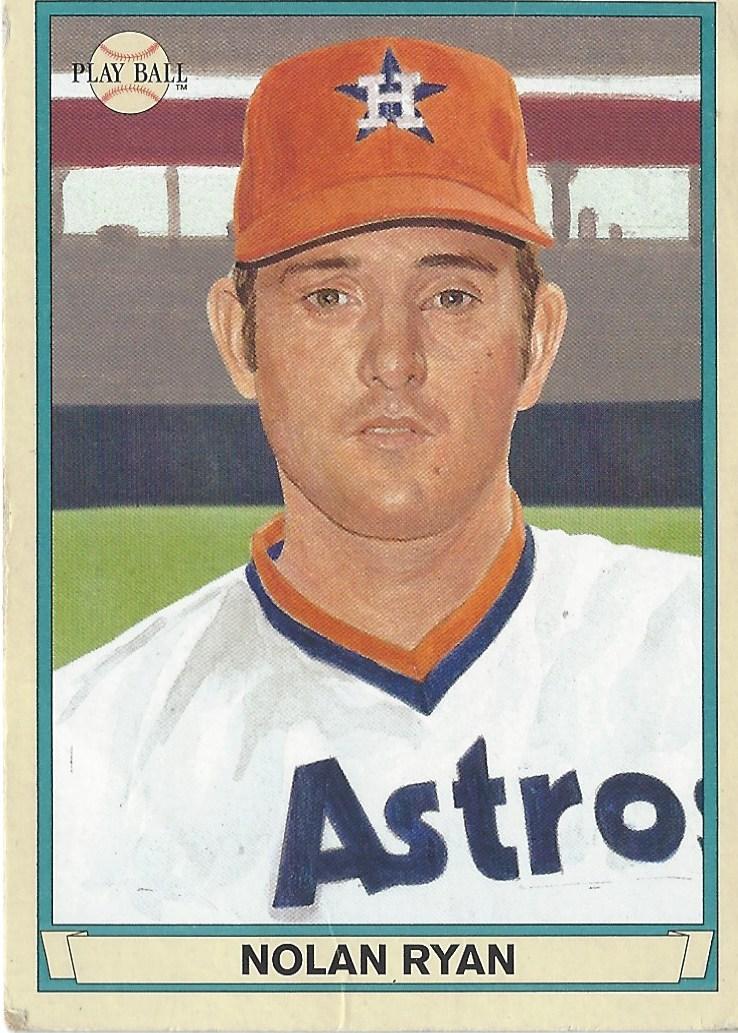 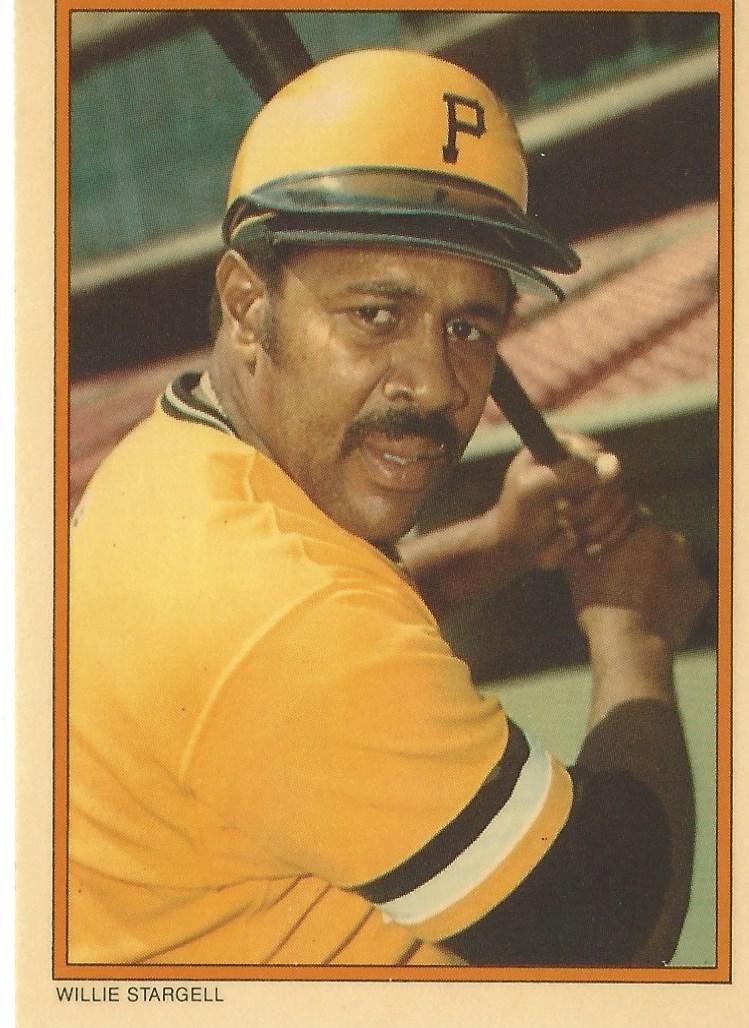 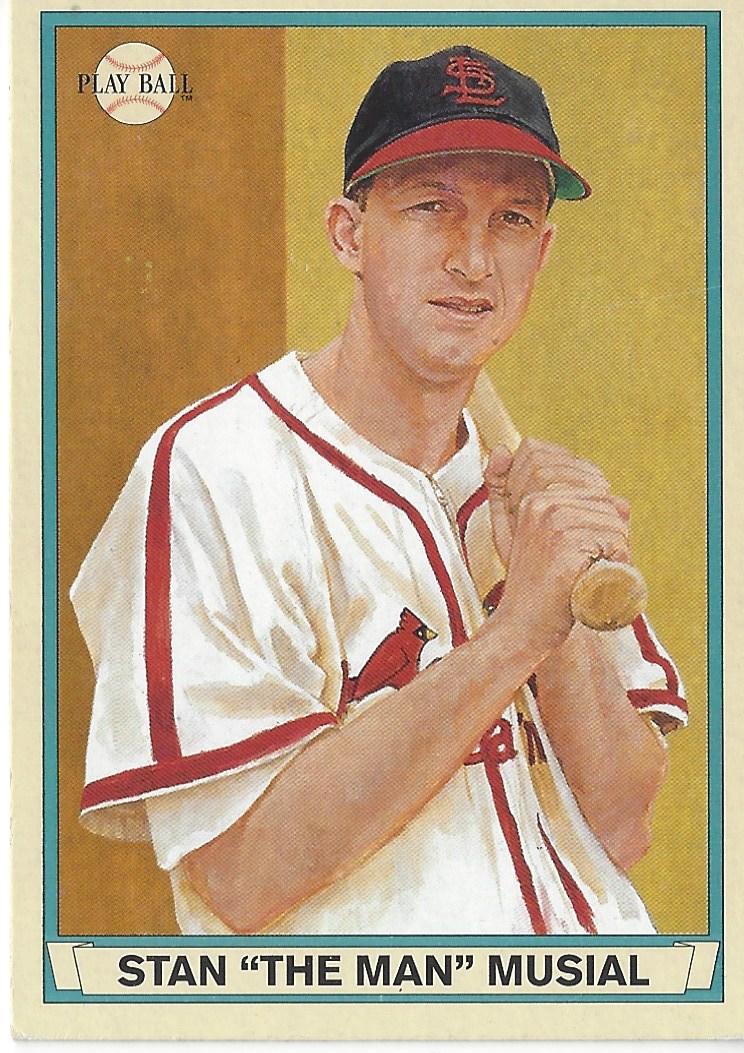 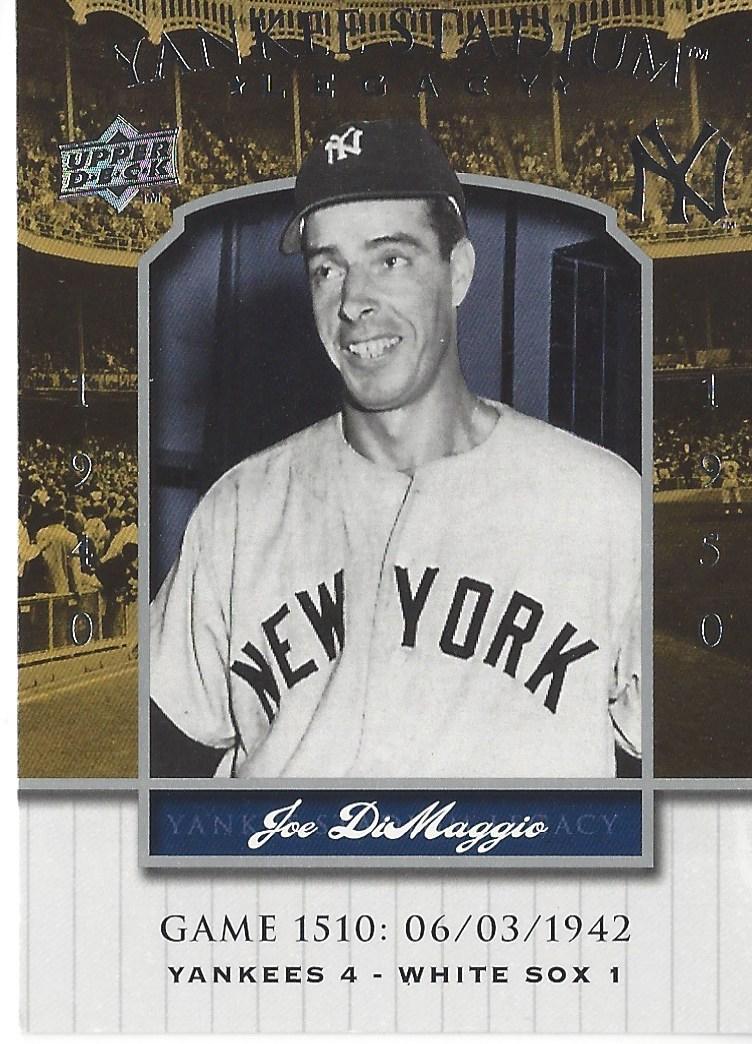 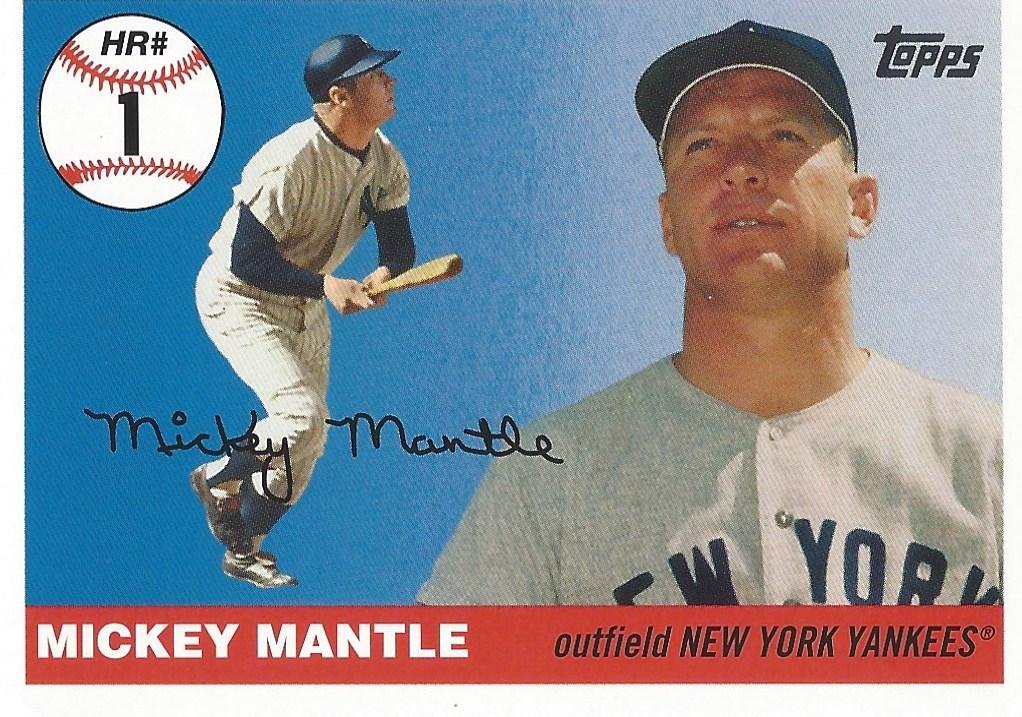 I know these cards aren’t collector’s items, but they’re important to me. My dad’s favorite baseball player growing up was Willie Stargell. My maternal grandfather’s favorite team was the St. Louis Cardinals. Finding these cards in a large trash can in a small shop connected me to them. Collecting all-time greats was also a thrill for this young fan. I felt like I hit the gold mine. Over time, I’ve gotten away from collecting cards. I still pick up a pack at the games I go to, but it’s not like before. Instead, I now collect apparel. Much like I’m trying to visit every team’s stadium, I’m also trying to collect an item from every team. I’ve made it out to eight ballparks and I have apparel from 11 teams. From George Brett to King Felix to Christian Yelich, I get that same thrill from collecting a new shirsey as I got as a young kid collecting baseball cards.

There’s something special about collecting things from something you love. Getting a new item transports you back to being a child. That giddy feeling you get from opening a package of cards or grabbing a shirsey off the shelf is unmatched and never truly goes away. Loving the game has given me a space to expand my knowledge and fully throw myself into something. It’s truly the one thing I have that will accept my flaws and give back, in the form of baseball cards or shirseys, I don’t care. As long as I can carry a piece of the game with me, I think I’ll be alright. 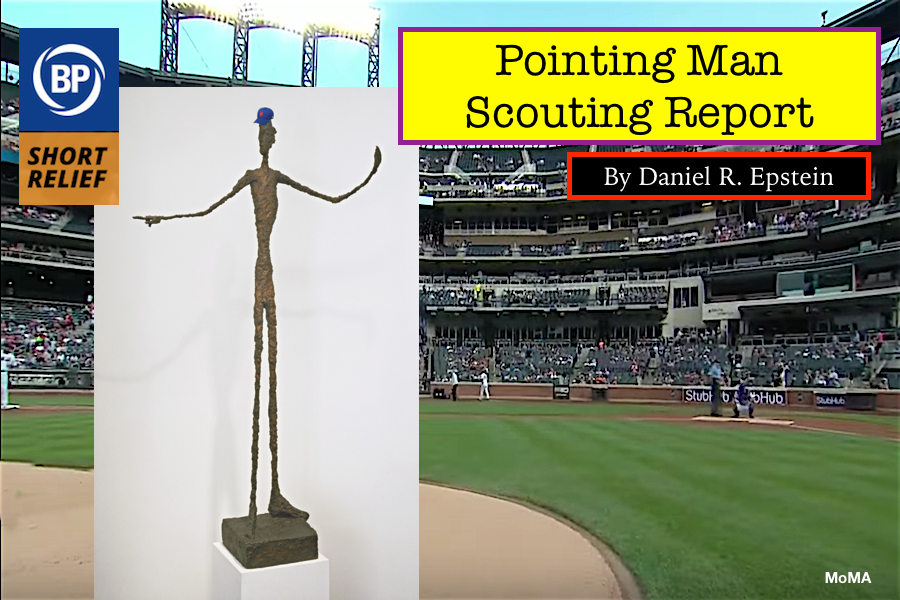 The Mets may have lost Zack Wheeler to their division rivals, but they’ve countered by signing an expensive arm of their own. In a sign of good faith to the beleaguered fanbase, future owner Steven A. Cohen has acquired left-hander Pointing Man for $141.3 million. This is larger than any previous outlay for a single player in franchise history. The length of the contract is not yet known, but he is expected to finish his career in a Mets uniform.

Not to be confused with the Mets’ previous “Pointing Man,” the new acquisition will become the first MLB player from Italy since Alex Liddi in 2013. Surprisingly, the talented southpaw has been conspicuously absent from their World Baseball Classic roster. Neither the Italian Baseball and Softball Federation nor Italian WBC manager Mike Piazza could be reached for comment.

Despite his thin stature, Pointing Man keeps his arm back until late in his delivery. This allows him to hide the ball well and create deception. Pitching exclusively from the stretch, he appears to use an extremely short stride in which his legs barely separate at all. The lanky frame, low arm slot, and “pointing” glove hand are reminiscent of another lefty: 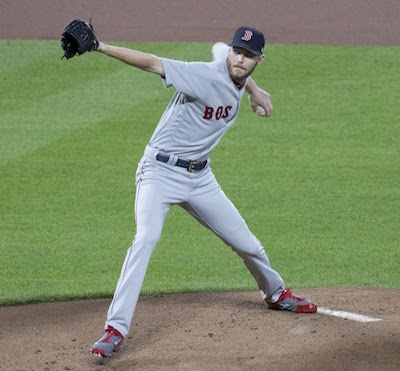 At 6’6, Chris Sale is eight inches taller than Pointing Man, but the newest Met makes up the difference with his grotesquely long legs. Pitching coach Jeremy Hefner will undoubtedly encourage him to use his carnival funhouse mirror limbs to drive forward and create extension. (Of course, it’s unclear if he even CAN move his legs or bend his knees at all, which would be an extremely Mets thing to overlook.)

Despite the exorbitant price tag, Pointing Man carries extreme injury risk. He has no muscle tone whatsoever, and will need an intensive strength training regimen. He looks like the first comebacker could snap his femur. We can assume he has a thin UCL, a la Brady Aiken, because his entire arm isn’t much larger in diameter than a normal UCL. As such, Tommy John Surgery seems all but inevitable.

Regardless of how well Pointing Man transitions to MLB, this frivolously lavish purchase signifies a new era for the Mets. Cohen’s willingness to shower money on acquisitions portends a sea change from the spendthrift Wilpons. Besides, it’s not like he’s ever behaved unethically with finances before, right? Oh wait…