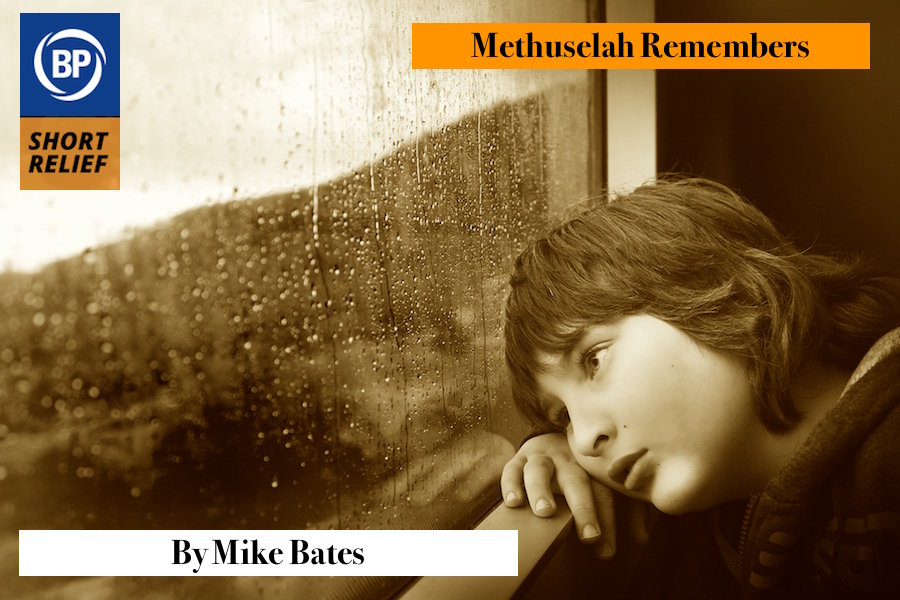 As I’ve enumerated several times through my writing on this website, I am an old person. I am old enough to find and pluck the occasional gray hair from my scalp, even as I let them grow with abundance in my beard. I am old enough that my first-born turned 13 this past weekend. I’m also old enough that I vividly remember the last work stoppage in Major League Baseball.

I bring this up because 1) many of you weren’t; you may have been too young to really register the strike and lockout, or you could have still been zygotes, or a twinkle in your yet-to-be-disappointed parent’s eye, and 2) that includes the various people who own Major League teams today. Of the 28 owners in 1994, when the players were driven to walk out during the season, only Jerry Reinsdorf and Peter Angelos remain today, with Angelos (who is 90) ceding much of the control of the Orioles to his sons.

As there seems likely to be another work stoppage after 2021 due to the commissioner and owners’ hardball rhetoric this offseason, I want to assure you (and them) of a few things from the perspective of someone who has lived through the loss of about half a season and an entire World Series:

1)Your summer is going to be so boring.

Do you like your family? I hope so, because you’re going to be spending a lot of extra time with them. You’ll have to go for more walks and buy some new board games. You’ll need to take up reading again. Ugh.

And those household projects you’ve been putting off because you don’t have time? Get ready for a trip to the hardware store so you can get started and then another trip to a different hardware store because you forgot something but are too embarrassed to go back to the first one and see the people there snickering behind their eyes because they know you don’t know what you’re doing and are too cheap to hire someone who does.

2)They’re going to blame the players.

They always do. By “they,” I mean most fans. They root for laundry and for something to watch on a weeknight. The struggle of players doesn’t matter to them, because those players aren’t people. They’re idols. They exist only to perform and, again in the minds of many fans, they should shut up and be grateful for the high salaries, regardless of whether those salaries are fair or not.

3)Baseball will not die.

It will hurt. Oh, how the game will hurt. Fans will stay away in droves in the months and years following a strike, howling about greedy players and skinflint owners. You will have to sit through thousands of articles…excuse me, thousands of more articles about how the game of baseball is on life support. But the league itself will survive, just as it always has. And it will survive because of the pain. Pain will remind the owners (and the players) that peace is better than war. And it will protect the game until this generation of owners has been swapped out for the next, who will have not been around to learn this lesson.

“All this has happened before, and all of this will happen again,” as they say in that old TV show Battlestar Galactica, which I am also old enough to have seen (the second version, not the first. Jeez, how old do you think I am?). 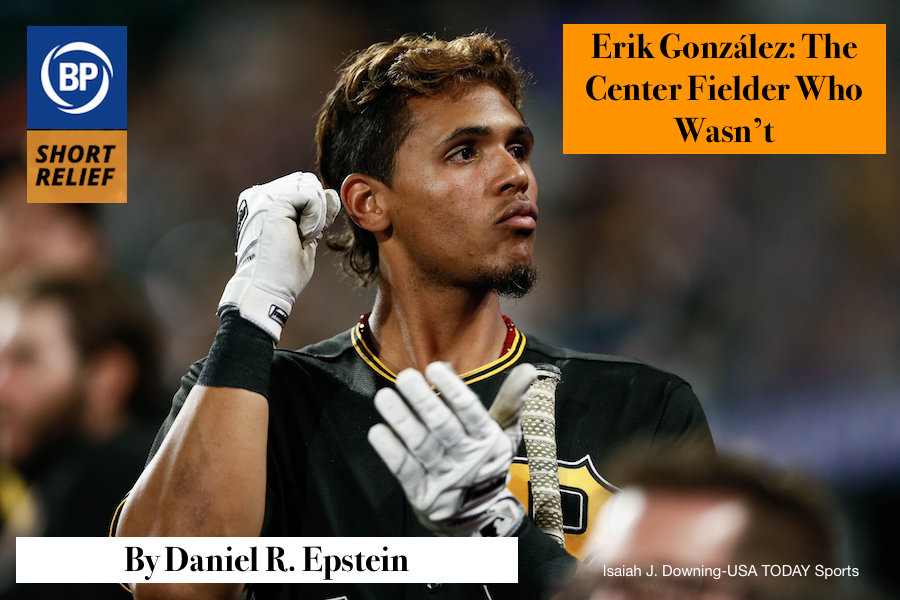 When I was a teenager, my band earned $20 playing a show — split four ways — and thereafter we called ourselves “professionals.” After all, the definition of a professional is someone who makes money doing something (no, it isn’t), so we were officially pro musicians, weren’t we?

Pirates infielder Erik González is an actual professional — not just the idiot teenage punk rock kind — but one item on his resumé is up for debate. On September 17th, he played his one and only major league game in center field. While he lasted all nine innings, he failed to record any defensive statistics. No putouts, no assists, no errors, just a box score listing a nominal “CF” beside his name.

In a totally real and likely scenario, González will introduce himself at cocktail parties as, “Pittsburgh Pirates center fielder Erik González.” He’ll be technically correct, I think, but simultaneously disingenuous. Just like me and my bandmates, he had only a sliver of the full experience. He doesn’t know if he can catch a routine fly ball to center. There’s no reason to expect that he couldn’t, but he simply can’t know for certain until he’s caught one.

Is it better to have played an empty center field once or to never have played there at all? Presumably, González has always yearned to play center field (look at how he behaves at cocktail parties). By having “been there” but not “done that,” the romanticism of possibility is diminished. He can no longer dream of the great diving, homer-robbing catches he would make if he could just play center. He did, and they didn’t happen. The fantasy dries out.

It’s not accurate to say that González did nothing in that game. He fielded a few singles and threw them back into the infield. The problem is that these acts are so mundane and automatic that we don’t care enough to measure them. Terminating the team’s defense of a routine single is more of a prerequisite for a center fielder than an act of accomplishment. It’s one of baseball’s countless precisions that we only notice upon failure. Had González thrown the ball away wildly, he would’ve received an E8, and there would be a statistical record of his center field escapade. Would that have made him a more legitimate center fielder, though?

According to Inside Edge, there was one ball hit in the air to center field that day. It was rated “impossible.”

The ball lands on green instead of brown by inches. By that happenstance of landscaping, it’s technically in center field. No outfielder in baseball history has ever made that play, but several shortstops have. González has played 61 MLB games at shortstop. Had he been playing his natural position instead of masquerading in center, would he have recorded the out? Would he feel more professional just by being a great shortstop, or as a shortstop/quasi-center fielder? 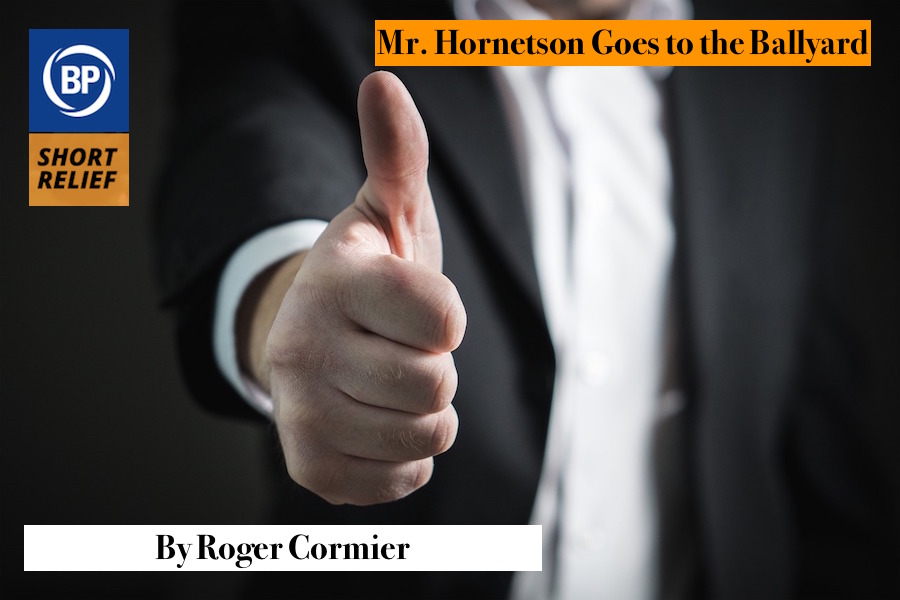 “HAHAHAHA my goodness gracious. Someone has a sense of humor.”

Jenks instinctively rushed into his boss’ office. “Look at what the boys gifted me.” Someone had managed to slide an envelope with two tickets to that night’s game sticking out of it right in the center of the largest desk Jenks had ever seen, and decided long ago he would in fact ever see for the remainder of his days.

“It’ll be fun,” Mr. Hornetson boomed, convincing himself of what he had said from the loud volume of the words. “Let’s do the full layman ballpark experience HAHAHAHA.”

The UberLUX ride was so pleasant that Jenks only thought about how that beautiful, massive desk ever managed to get inside of Mr. Hornetson’s office for approximately 50 percent of the trip. God, tape measuring the double doors only raised more questions. Through the windows? Someone would have noticed that. Come on Jenks, get it together. Why hasn’t the CBD-infused underwear kicked in yet? Am I high right now? No, I was told CBD doesn’t play that game. Oh who told you that Jenks? The internet?

“Isn’t this great? I’m so glad we’re not in one of those stuffy luxury box seats, you know? Don’t you hate those?”

“We are men of the people tonight! Vox populi baby!”

Mr. Hornetson did not look up from his phone. The financial news from Shanghai was depressing him. “Beer would be nice.”

Jenks followed Mr. Hornetson’s gaze. He was looking at the skyline.

“I could have put my name on half of those beauties. But I’m a humble boy HAHAHAHAHA.”

“I don’t know why people complain all the time Jenks. Life is good. What’s to worry about?”

“I saw this movie skatey-eight years ago Jenks. When I was your age, that’s how long ago HAHAHAHA. Aliens crash in the Soviet Union — Russia to you, Jenks — and they leave a weirdass zone in the middle of the forest where crazy stuff happens, and there’s a room where if you enter it, you exit it with your innermost desire coming true. And there’s a guide to that place that the government protects because duh, and the guide took his brother once, and the brother left the room a millionaire, and a week later the brother killed himself, and everyone was like WTF with Marc Maron? And we find out later the guide’s brother had a son who had died before he entered the room, so the brother thought his innermost desire was money, when he thought it was to, you know, bring his son back to life. The characters philosophize for awhile and finally one of them points out it’s all probably just aliens messing with us humans, you know?

“But like, hello, money isn’t evil. People without money are so weird like that. If the guide’s brother had other kids, they’d now be set for life. People overthink everything.”

“Hey everyone! Huddle up! You guys huddle? That a thing with you guys? Listen: I love you assets. I do! HAHAHA. You guys played great out there. So great. You’re my number one boys, you know that?”

Mr. Hornetson and Jenks left the clubhouse as the players lined up to get their phones back.

“Does he even know we lost?”

The manager shook his head.