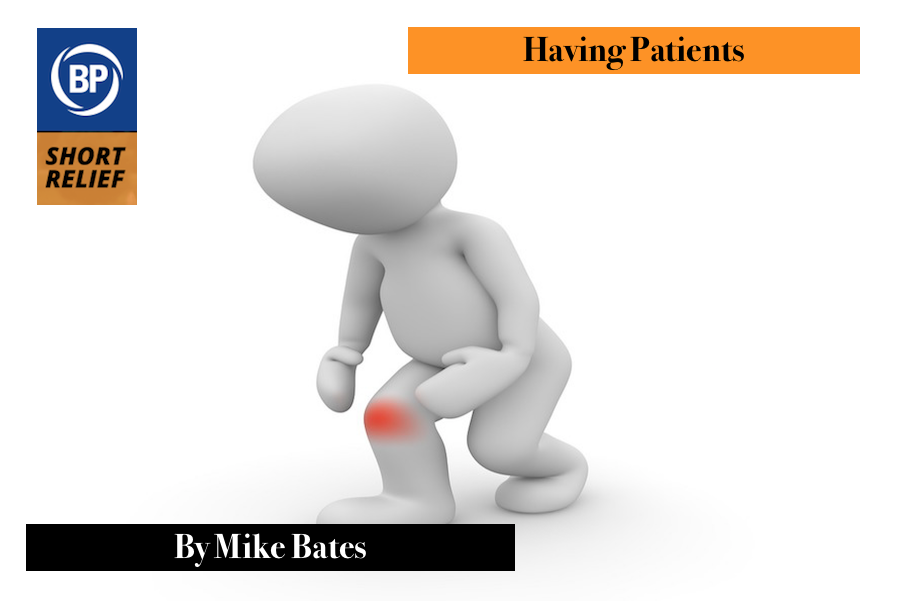 Have you ever had a part of your body just decide to stop working? That happened to me this weekend, as my knee swelled up for seemingly no reason, and I couldn’t bend it without a bunch of pain. I’m told by reliable sources that this is the price of getting older. Stuff just stops working like it’s supposed to every once in a while.

But I was as productive as I could be, given my limitations.

So many teams are going to do the same this winter. As we limp toward the end of the current collective bargaining agreement, clubs have, by and large, decided that getting just good enough to be competitive is good enough. Last year, Cleveland deliberately didn’t upgrade areas of clear need and it almost certainly cost them a playoff berth, and this year it seems that many teams are poised to follow suit.

The Red Sox, for instance, have signaled their interest in trading young superstar Mookie Betts rather than sign him to a long-term extension. The Cardinals are crying poor. The Dodgers might sit the offseason out, and the frigging Yankees won’t even flex enough to offer Didi Gregorius a qualifying offer. The watchwords are “sustainable success.” And that’s to say nothing about the third of the league that have no interest in success at all. 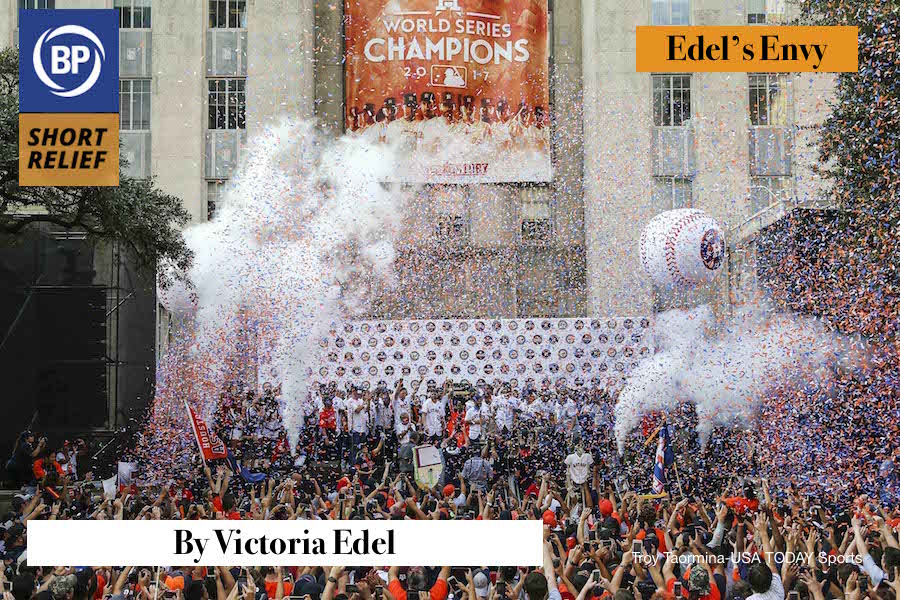 I’m jealous. I’m not supposed to admit it — it’s unbecoming to be jealous — but I’m green with envy. Or orange with envy (I am so, so sorry.)

In college I met my friend Kent. Kent was from Minneapolis and was aware of Joe Mauer, but knew basically nothing else about the Twins. I dragged him to a few Nationals games when the Mets came to town.

When we graduated, he moved to Houston. By his own account, he would maybe attend two Astros games a year, mostly indifferent to the proceedings. I remember watching some of the 2015 Mets NLDS with him and some of our friends in a bar during homecoming (specifically the game where Chase Utley broke Rubén Tejada’s leg). But he still didn’t really care, though I hoped that one day he’d see the light of baseball magic.

And he did with the 2017 Astros. Kent fell in love with a very special team.

Coincidentally, that year the Mets were scheduled to head to Houston the first weekend of September. I’d considered flying down to visit my friend and see my boys, but didn’t have the cash. That was a good thing in the end, since that’s when Hurricane Harvey hit. (Kent helped liberate some drowning bats from the flood waters and had to get the rabies vaccine. This isn’t relevant to the rest of this story, but it is a funny anecdote that I told multiple people at his recent wedding.)

You know the rest of the Astros story. Houston got Justin Verlander. He and José Altuve and George Springer turned into household names as they slayed the mighty Dodgers. Kent bought 2018 season tickets. I was very happy for him.

I’m still happy for him. Even though the Astros fell to the Nationals, he’s had so much good baseball in the last three seasons. It would be easy to condemn him as a bandwagon fan, but I reject the concept of the “bandwagon” as elitist thinking. Of course people want to watch good teams and great players. That’s the stuff that makes you fall in love with a team. The memory of how effervescent it made you feel is what keeps you cheering through the bad days and bad seasons. And that’s the part I’m jealous of.

Kent hasn’t had bad seasons. He got a team three seasons ago and has seen them play in the World Series twice. I’ve been a Mets fan since I was big enough for my parents to stick a hat on my head … and I’ve seen them in the World series twice (and the 2000 World Series brought no joy, as an 8-year-old in a classroom of Yankees fans).

The Astros did have their own Mets-style self-induced scandal this postseason, which did help take the shine off the seemingly perfect franchise. But still — Kent got to game 7 of the World Series. I want that.

But Kent knows what it’s like. I hope one day I do, too. 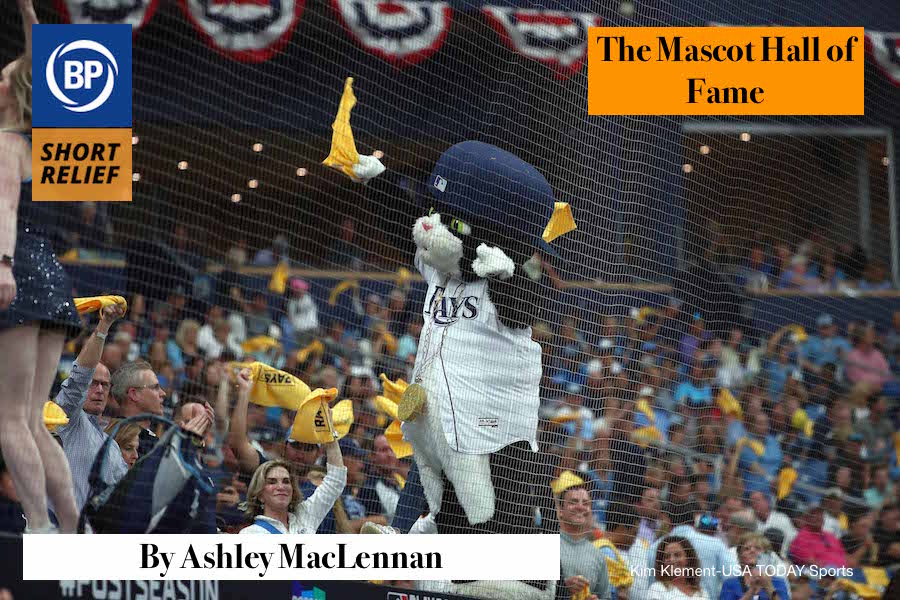 Just past a rest stop in Ohio, as you are heading from Cincinnati to Chicago, there’s an unassuming little billboard on the right side of the road. It’s nestled between adverts for personal injury lawyers and discount fireworks (a dream team if ever there was one), and you wouldn’t be blamed if you missed it entirely.

The sign, with bright pops of color and fuzzy creatures adorning it, is for the Mascot Hall of Fame, a place I had never imagined the existence of prior to spotting said billboard.

My best friend and I were in the midst of a two-week long road trip through the Midwest, checking off some new baseball stadiums on our quest to collecting all thirty. We had a long drive ahead to Chicago and the sky loomed dark and heavy with rain, but we had no choice. We’d seen the sign. To the Mascot Hall of Fame we would go.

Four hours later we arrived in an industrial park in Whiting, Indiana, in the pouring rain, with no signs to suggest there was anything nearby except our impending deaths. We ultimately chose to believe Google Maps knew where to take us, and ended up at a building that looked like a cross between an office tower and a McDonald’s PlayLand. Next to the front door, a Phillie Phanatic statue had his hand raised in permanent greeting. We were here.

The Mascot Hall of Fame is a single building split onto two levels, with giant balloon-like mascot heads dangling overhead from the ceiling. The friendly teenager manning the ticket counter handed us a punch card and told us there were stamp stations hidden throughout the museum, and if we collected all the stamps we got a prize. Please believe we found all those stamps and returned our cards dutifully, and accepted our candy rewards.

There’s a surprising amount to do in the space, even if it does skew heavily to appeal to a very young audience. On site activities include a Build-A-Bear workshop that lets you take a mascot home, a mascot audition green screen where you can send yourself a video of you hyping up a crowd, a place where you can try on heavily weighted mascot heads to get a feel for it, and of course, a historical walk through mascots of yore. If you need to take a break after you’ve gone through the “How Hot Does a Mascot Head Get?” warming chamber, you can watch various highlight reels of the inductees, who include baseball heroes like Mr. Met, the aforementioned Phanatic, Cleveland’s mascot Slider, and the Royals’ mascot Sluggerrr, among other pro and college sport greats.

The Hall of Fame has been around almost fifteen years, debuting in 2005 as an online only way to pay respects to famous mascots, then expanding to a physical location only in April of this year. It was founded by none other than the original Phillie Phanatic David Raymond, and you can tell it’s the kind of place that reveres mascots, but also knows how deeply silly they are. The balance makes it a charming and unexpected stop that any baseball fan should add to their bucket list.

The rules for eligibility are pretty simple. A mascot simply has to have been performing for at least ten years in either professional sports, college sports, or as an “independently performing character.” Sorry, Gritty stans, that means you just need to wait another nine years.

The eligible mascots are then voted on annually. The remaining 2020 MLB contenders from MLB The Oriole Bird, Bernie Brewer, and Twins’ mascot TC Bear. And for those who remember the Expos, baseball turned hockey mascot Youppi! is also in contention. Unfortunately, the voting period has ended, but the results will be announced next month during their annual “Fur Tie Fundraiser”. According to the website, all of the 10 finalists are expected to be there, ensuring a lot of performative head shaking and invisible tears.

But don’t kid yourself. The single greatest part of a visit to the Mascot Hall of Fame is getting to try your hand at the virtual T-shirt cannon.