Once again I have been asked, by myself, to improve on an American classic.

Ernest Thayer’s 1888 enduring poem about a star baseball player who fell victim to the farce of the one-plate appearance sample size didn’t have to be this way. You probably remember the disappointment strikeout, but possibly not remember the game situation.

It was 4-2 the other team, with Mudville up to bat in the ninth. With two outs, Casey was due third. Ahead of him were two suboptimal batters, Flynn and Jimmy Blake. Flynn singled and Blake doubled. There are other questions about how Flynn didn’t score from first with two outs on a double, but if he’s a bad hitter then it stands to reason Flynn wasn’t a good runner either. Because it’s the 1800s, and speed is everything. Well, that and laudanum.

So Casey represented the winning run, but! There was an open base. They absolutely could have intentionally walked him, and I’ll go a step further and say they should have. We were not told who batted behind Casey, and this is why Thayer didn’t write a lot of great poems. Too shortsighted of a visionary, if you ask me. But it seemed like the obvious play: Casey was the star, and you don’t let your star beat you.

Yes, I know he struck out. That’s not the point! The point is, this could have definitely backfired on the other team and instead of being a poem about how you sometimes don’t win, this could’ve been poetry about the guy who batted behind Casey. Let’s call him Fluffo. This could have been a poem about Fluffo, mired in a slump, who finally got a chance to drive in some runs because Casey, who always got the chance, didn’t get the chance. Baseball has its stars but it’s always been about the assembly line of teammates and making the most of your chances when the opportunity finds you. Teams can’t win championships with just a few stars. Just ask the Tigers.

If this is how the poem went, we might have nipped the intentional walk craze in the bud over 100 years ago, with crusty managers grumbling to the media about why they didn’t intentionally walk the cleanup hitter for fear of getting Fluffed. And honestly, who does. 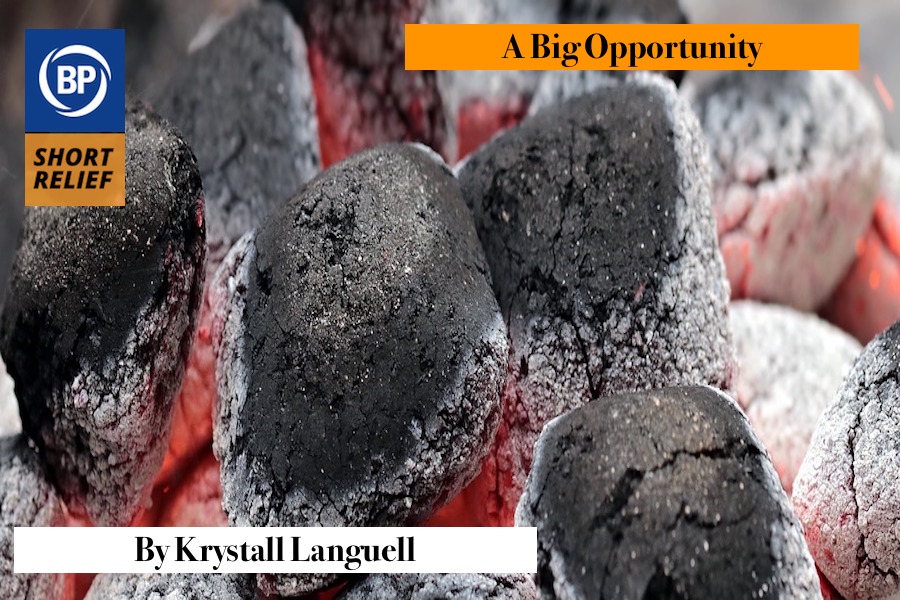 You’d know the feeling after
one glance. It frees her gas kit,
she’s fired up throwing high cheese.
In the bay, all the sea on the wing,
the ball lands in water, rafters, nachos.
We’re talking about haircuts and laundry.

Buying a hammer, I’m thinking of throwing,
of medicine balls and resistance bands.
Seattle, to take one, offers basic skills work.
For instance, even a vulture has to eat.
Animals make ore into coals, burn birds’ nests.

If her qualms overcome too late in crusty halls,
it’s good exercise being thrown to the wolves.
Fans want to taste ichor, trout spread, dedicated
to not just big babies warming up in the bullpen.
My bank’s not my loyal sponsor anymore.

But can you trust the effigy to fill with fuel?
We burned his puppet once in college.
A shell fills with bile until our mascot bursts.
Women in the front office of my national pastime. 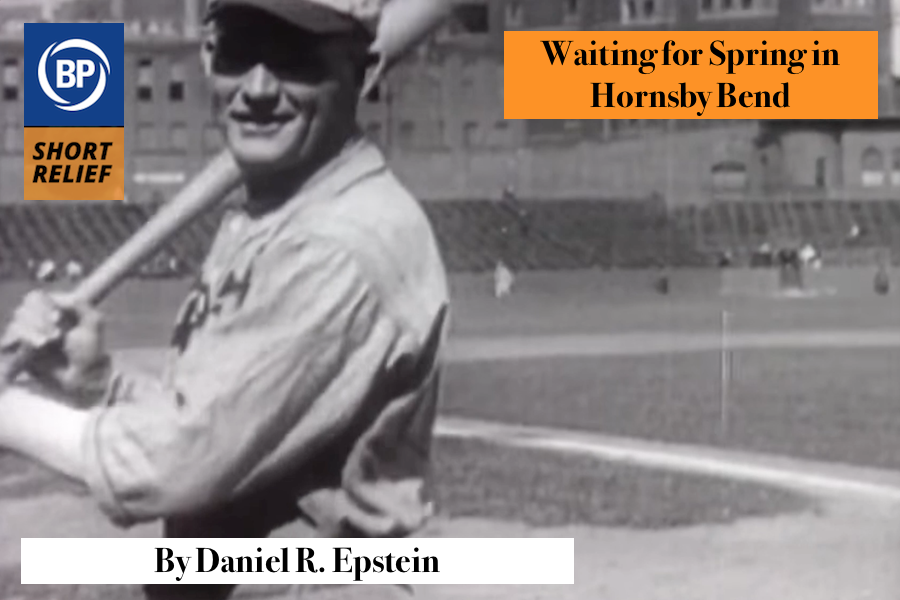 “People ask me what I do in winter when there’s no baseball. I’ll tell you what I do. I stare out the window and wait for spring.” -Rogers Hornsby

Hornsby was arguably the greatest second baseman in baseball history. This famous quote is often repeated at the precipice of the offseason, but there’s an implicit, unasked question: What did Hornsby actually see out his window that made him so desperate for next season?

Hornsby died on January 5, 1963, and was buried at Hornsby Bend Cemetery in Hornsby Bend, Texas. This is not a coincidence. The town was named after surveyor and pioneer Reuben Hornsby in 1832- the great grandfather of Rogers.

By most accounts, Rogers Hornsby was not a nice person. He was arrogant, blunt, and displayed little regard for others’ feelings. He often criticized teammates and management. He was described by Sports Illustrated’s Ron Fimrite as “…cold-blooded, pigheaded, humorless and obsessive, a curmudgeon who regarded as utterly worthless anything that did not involve throwing, catching or hitting a baseball.”

At age-21 in 1917, he called his Cardinals teammates “stool pigeons,” and said, “I’m too good a ballplayer to be sliding for a tail-end team.” Later, he nearly came to blows with general manager Branch Rickey after complaining loudly in the clubhouse. During a game in 1925, he punched out opposing manager Art Fletcher. He was a compulsive gambler at horse tracks, and the IRS investigated him for understating his income.

With the Giants, he called his outfielders “clowns,” following which shortstop Travis Jackson said of him, “He has a good way of making everybody irritated.” He lasted only one year with the club, and just one year after that with the Braves. He bounced around much more than expected for such an elite player under the Reserve Clause, usually because nobody could tolerate him for very long.

This pattern repeated throughout his life. He flitted from city to city long after his playing days ended in 1937. He held seven different managerial jobs in the majors and several more in the minors. His final gig was coaching the 1962 Mets, just months before Hornsby Bend Cemetery consumed him.

Most of us don’t grow up knowing where we’ll be buried. No matter where Hornsby went, be it St. Louis, New York, Boston, Seattle, Vera Cruz, Beaumont, or numerous other minor and indie league cities, he would always have to return to Hornsby Bend eventually. He had to know his life would terminate in the village named for his great grandfather.

Was this inevitability the cause of his crassness? Was he such a jerk because he knew what awaited him at the end of his days, no matter what he did in life? He traversed the continent trying to outrun Hornsby Bend, but failed in the end.

Spring meant baseball and escape, so he spent his winters staring out the window, dreaming. Wouldn’t you, if what you saw out that window was your own grave?

You need to be logged in to comment. Login or Subscribe
Eric Naftaly
Flynn didn't score from first on a double with two outs because you'd be an awfully dumb baserunner to chance making the last out at home when trailing by two.
Reply to Eric
Pat Folz
But Blake "tore the cover off the ball" for the double, which presumably means he hit a hard liner into the gap, one that almost certainly got to the wall if he hit it that hard. Flynn HAS TO score on a ball that gets to the wall. Has to. Either he wasn't paying attention in the damn bottom of the ninth and got a bad jump, or he's 300 lbs with bad knees; either way he shouldn't have been batting leadoff. This loss is all the Mudville manager and their terrible lineup construction.
Reply to Pat