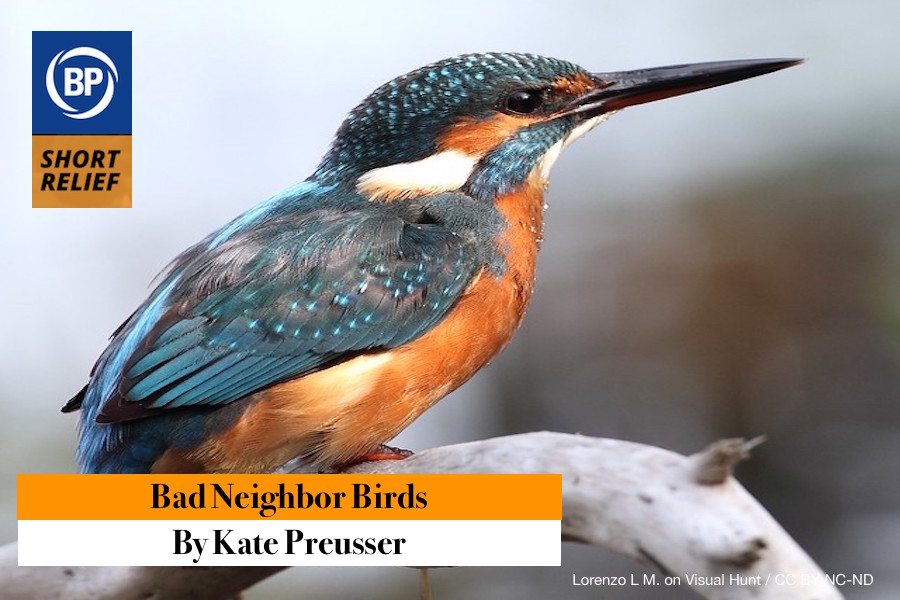 Recently I have acquired “Backyard Birding,” a humble, edu-taining game that teaches one all about the birds of the Pacific Northwest in a fun, easy-to-master card game format. It is a soothing, gentle game, good for playing with children or overly competitive adults, where the goal is to attract as many birds as possible by playing cards that make your backyard the hot avian spot. Song sparrows like flowers and seeds, as does the dark-eyed junco. The tiny Bewick’s wren wants nuts and safety-giving trees in which to enjoy their treats. A hooded merganser, which looks like it has a marshmallow stapled to its head, requires a pond stocked with fish.

As I play the game, laying out cards to entice my feathered friends, I am cognizant of the fact that, as GM of my virtual backyard, I am currently pouring more resources into my bird-attracting-backyard than half the teams in MLB. My own Mariners, knee-deep in a rebuild, have already said they won’t be flashing any serious coin this off-season; nor will the fellow cellar-dwelling Tigers, Orioles, Marlins, or Royals as they trudge the long path back towards relevancy. The Red Sox, Cubs, Dodgers, Astros, and Cardinals have all given variations on the theme of crying poor, and the Yankees have read some Suze Orman books on financial literacy and buttoned up their blazers. It remains to be seen what the Pirates, who underwent a slash-and-burn throughout the organization this off-season, will do, but they don’t have a great track record of pouring money into the team. The Padres and the Rays, owners of the best farm systems in baseball, will likely look to trades rather than paying top dollar free-agent acquisitions to turn those farm system awards into pennants (which admittedly, the Padres already did last season, paying a bundle for the services of Manny Machado).

And now we have Braves GM Alex Anthopoulos tacitly admitting that clubs confer (or collude, whichever you prefer) with each other before the end of the season to get a sense of “what the other teams are going to look to do in free agency.” Lay your cards down on the table, everyone, and let’s see what you have, what you’re willing to spend. Sometimes baseball literally cannot get out of its own way. Sometimes — especially in the offseason, when there’s none of the natural poetry of the game to distract one from the Business of Baseball it’s hard to remember why you care.

Meanwhile, I continue to lay down cards, hoping to woo the majestic blue heron or belted kingfisher (“as kingfishers catch fire, dragonflies draw flame”). Instead I get one of the few mean action cards in the game, the card that allows you to steal resources from another player, and I regretfully lift a running water card from the eight-year-old I’m playing the game with. The card is called “bad neighbor,” which I suppose, at least, is better than being a bad steward. 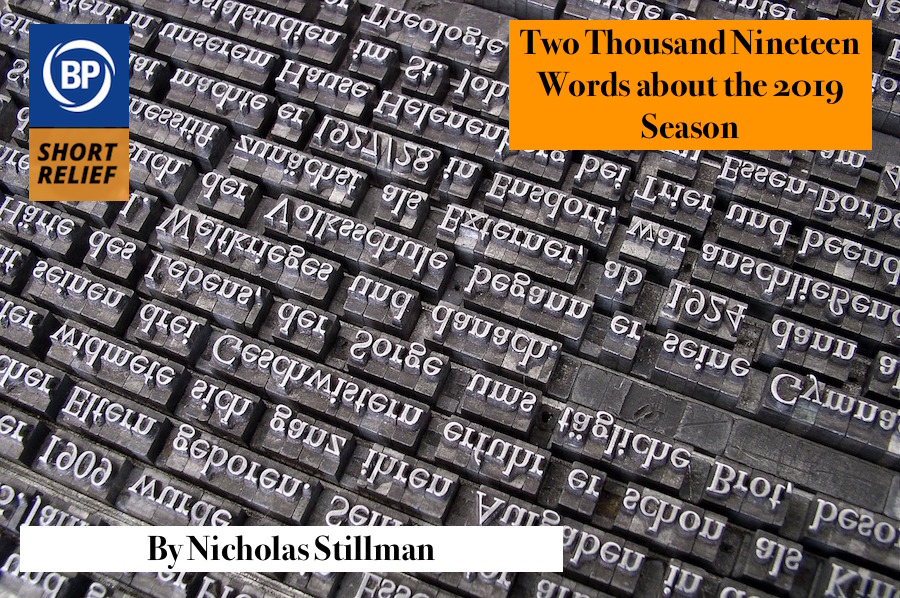 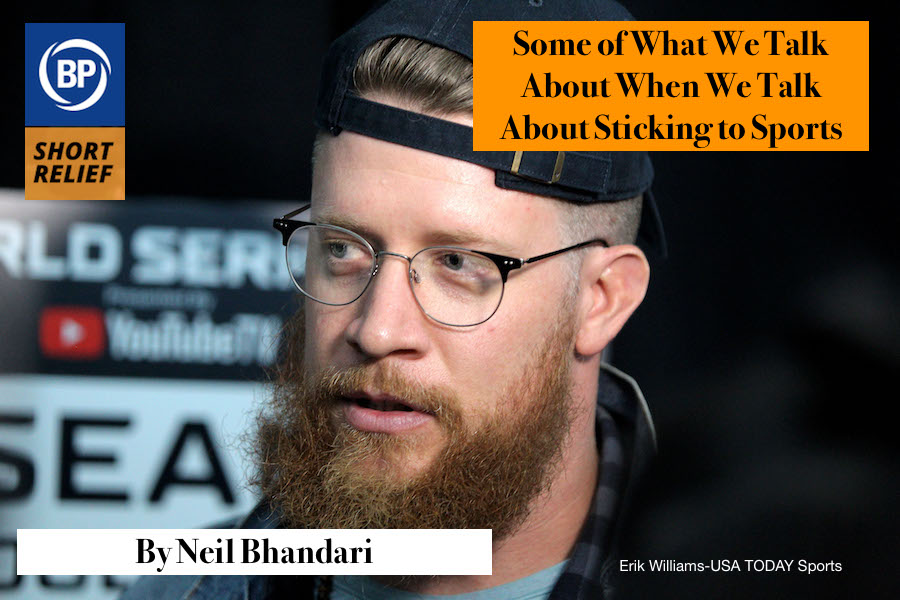 Baseball is a mirror. We watch players struggle and slump and scuffle and fail and every once in a while do something incredible, and in those struggles and successes, we see ourselves. As a kid, every favorite player I ever claimed had some mostly-superficial attribute – left handed, not very tall, primarily a singles and doubles hitter – with which I could identify. With time and age, my favoritism has moved from those sorts of things to a more general likability and relatability. And so, despite having always been steadfastly jersey-averse, this April I bought my first ever — a Yu Darvish Nippon Ham Fighters pullover — after realizing “wow this guy is so undeniably talented and yet his intellect and emotionality actually seem to be something of a hindrance to his sustained success — I recognize that! I know that! I love that!” At this point, what these players actually do on the field for three to five hours every night has next-to-nothing to do with how much I root for or against them as individuals.

Which brings me to Sean Doolittle. Everybody loves Sean Doolittle. Everybody. And by everybody, I mostly mean the small, extremely bookish, extremely communist section of baseball twitter that I like to skulk around in. In that cute little corner of the internet, Sean has already won this year’s Rookie of the Year, Comeback Player of the Year, Most Valuable Player and both the AL and NL Reliever of the Year Awards. One guess at the frontrunner for Cy Young. Gimme an S…Gimme an E…Gimme an ok, ok you get it.

At a moment when the President is *gestures at every terrible thing everywhere* and ownership groups willfully admit that they are primarily in the business for the purpose of profit-generation and we know more than enough about the thoughts and actions of so many of the players to ever convince ourselves that they share our socio-political views, it can be hard sometimes to figure out and justify what exactly we’re rooting for here. Sean Doolittle is just one relief pitcher on one team, but in his and his wife Eireann’s work with Syrian refugees and on behalf of the LGBTQIA community, in his support of local independent bookstores, his thoroughly articulated reasoning for skipping the Nats trip to the White House and the myriad other issues he lends his efforts towards, we see one of our own. We recognize someone whose values extend beyond the luxury that a life in professional sports has afforded them. We’re reminded of how good it feels to wholeheartedly root for a player. We’re allowed, however briefly, to believe that it’s ok to not be cynical and to not be required to compartmentalize our morals to enjoy the game we love.

So congrats, Sean, on your forthcoming 2019 Manager of the Year Award — you deserve it, buddy.