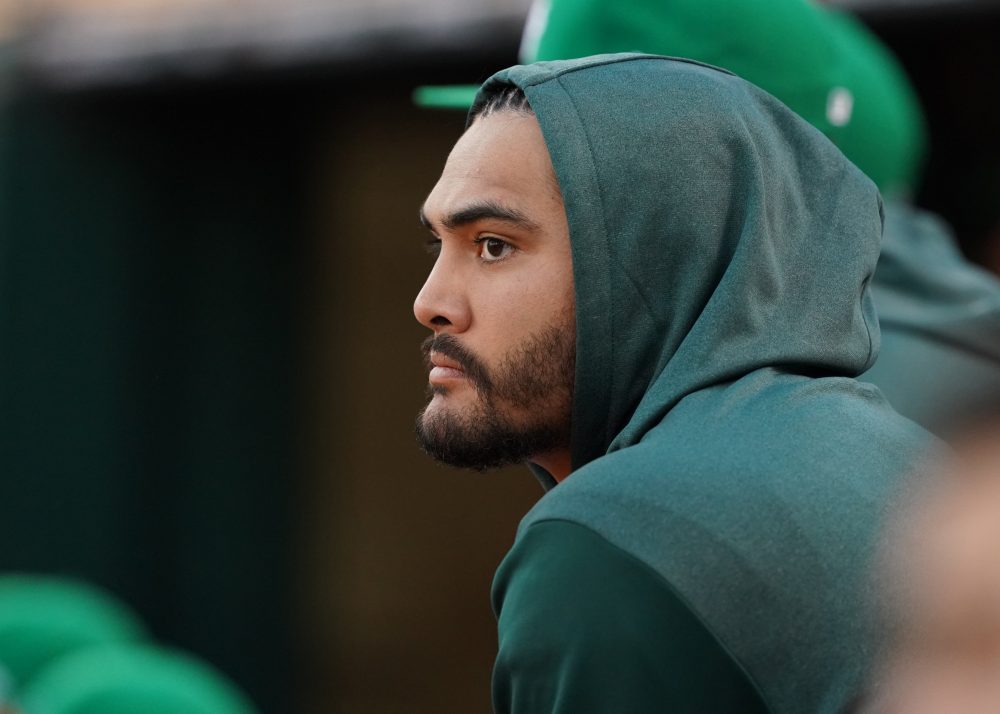 A common criticism of early sabermetric writing was that the advocates of advanced analytics were treating the players like Strat-O-Matic cards. That was to an extent fair, but modern playoff baseball strategy (would we be on saber 3.0 now?) leans hard into the idea, no moreso than in the Wild Card game.

It’s not that win-or-go-home games don’t exist in other formats — just ask the Athletics, who have now lost nine straight in a variety of playoff rounds — but the Wild Card game is weirdly discrete, baseball in a vacuum. There are no continuing storylines, no previous four or six games to shape a narrative or even roster availability. It is not only all hands on deck, but the deck has been stacked specifically for this one game. Thus, in-game strategy takes a more prominent role. Every decision is magnified, because there is no outside context other than “win the damn game.”

Last year, the A’s elected to start Liam Hendriks as an opener. It did not go well. This year they elected to start Sean Manaea. Bob Melvin explained why: “I think it came down to the fact that since Manaea’s been back, he’s pitched great every single game out.”

Every single game in this case was five games and a hair under 30 innings.

Yandy Diaz led off for the Rays. If you were playing a game of Strat, this would be a no-brainer. He has a significant platoon split, posting an OPS of .976 against southpaws this year, .853 for his career.

Diaz didn’t play a game between July 22nd and September 29th due to a fractured foot.

He promptly cracked two home runs in his first two at-bats, chasing Manaea from the game in the top of the third.

There’s nowhere to hide from sample variance in a one-game playoff.

The rest of the contest was resolutely boring, and at least Strat games don’t take 3:18 to complete. The Athletics threatened early and often as Charlie Morton repeatedly missed glove-side with his curve, arm-side with his fastball, but pulled out a double play grounder or a medium depth fly ball whenever things got a bit hairy.

The A’s bullpen held the line, but even that was frustrating in its own way, as it laid out a number of Sliding Doors scenarios for Melvin. Perhaps he could have started Yusmeiro Petit and run him one time through. Petit is having a third career of sorts, and this version has been one of the 10 or so best relievers in baseball the last three years, effective against lefties and righties and bearing a rubber arm capable of giving you multiple innings.

After going to Jake Diekman for a one out appearance, in came Jesus Luzardo, the best prospect in the system and one of the best pitching prospects in baseball. He was frankly terrifying turning over the Rays lineup, sitting upper 90s with a wipeout breaker. Would it have been an outsized ask to have him make his first major-league start in these circumstances? Of course. But post hoc analysis suggests the moment didn’t overwhelm him. He overwhelmed opposing hitters instead. And hey, Manaea only threw 17 more major-league innings than him in 2019.

This is all hindsight though. If you wanted to first guess the A’s strategy, you’d need only to note the presence of Mike Fiers sitting in the bullpen, bundled up in a team-branded PostseasonTM hoodie. The pitcher that even Manaea referred to as “the ace of the staff this year.” Maybe it would have worked out better, maybe it wouldn’t have.

But when you lose nine straight elimination games, by definition, not much has gone right.

And when you win one, usually you’ve gotten a good bounce of the ball. We mean this metaphorically, but obviously there is one, more literal recent example. There weren’t many bounces for the A’s defense to contend with last night anyway. More than half of Tampa Bay’s hits left the ballpark. All came on swings that made you think “okay, maybe that sneaks out in Yankee Stadium or Citizens Bank or Camden Yards, but the Coliseum?”

And while sometimes you just have to tip your cap to Dallas Keuchel or Madison Bumgarner, Charlie Morton weaved in and out of trouble, dodging a rally that never started, a two-out double that never came.

Even the one run the Rays surrendered was remarkably Rays, a two-base throwing error by Michael Brosseau — who I’m guessing 90 percent of the TV audience had never heard of, and whose last name I had to double check on baseball-reference — immediately after sliding over to third base, because Brandon Lowe pinch hit for Matt Duffy to get the platoon advantage in the third inning. Brosseau would later slide over to first base and then get pinch hit for by Ji-Man Choi. None of Brosseau, Lowe, or Choi would get a hit in this game. Sometimes it’s best if the decisions don’t matter at all.

On Twitter, Lindsey Adler of The Athletic wondered if Billy Beane regrets his famous quote from Moneyball, made four games into this nine-game “losing streak.” Ironically, I’m still not sure we have a big enough sample to conclude that Beane was right. But we certainly don’t have any evidence to prove he was wrong.

You need to be logged in to comment. Login or Subscribe
Pat Folz
It's almost tragicomic at this point. Losing 9 straight elimination games seems completely impossible - even a team that's only got a 10% chance to win each of those would have a better-than-even shot of winning at least one. It's easy to blame the "constant" through all of that, but even there, Beane and Forst have been promoted, their player acquisition strategies have changed a few times over, and their control over the on-field decisionmaking has evolved, through a series of managers too. Then there's the miserliness of ownership - but that mostly forces rapid roster turnover and loss of best players, and the freakin' Marlins have scooped up two rings since the A's last got one with even more profound player retention "issues." Is the Coliseum cursed? When you've eliminated the impossible...
Reply to Pat
steven kohlhagen
this comment in your article is a bonafide gem: "There’s nowhere to hide from sample variance in a one-game playoff." nice! swk
Reply to steven
Austin Conley
I give credit to Tampa Bay management, operating on an even thinner budget than the A's, with signing Morton for 2 years at $15 million per, because they knew you needed a shut down ace in the playoffs. I hope Luzardo becomes that guy for us next year, because the A's never seem to pay top dollar for a top of the rotation starter.
Reply to Austin